‘I am speaking’: Why Kamala Harris’ stern reprimand is every woman’s right 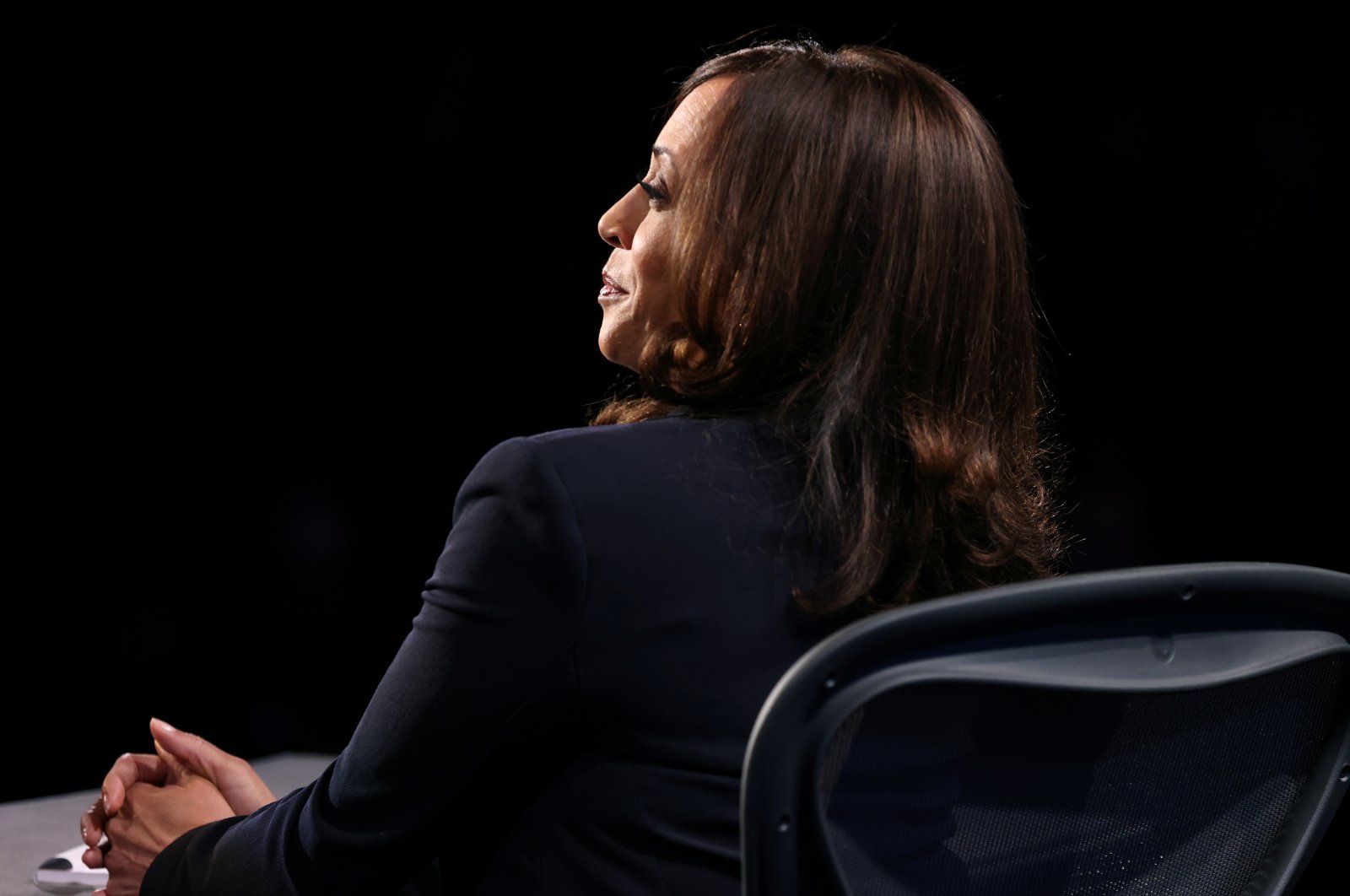 With the Trump-Biden debate ending in macho-laden chaos, the vice presidential face-off concluded with hope when Democrat Kamala Harris confidently stepped up to the plate for women everywhere

Americans waited with bated breath for the vice presidential debate on Wednesday between Vice President Mike Pence and California Sen. Kamala Harris, the first black and South Asian woman to be chosen for a major party’s ticket. As the only such debate scheduled for this election cycle, it was the two running candidates’ sole chance to face off. The expected topics were covered, ranging from the economy to reproductive rights and international relations, but it was the charismatic Harris who stole the spotlight after being interrupted by her opponent and responding with a firm demand for equality: “Mr. Vice President, I am speaking.” Now everyone is asking: Did gender and race influence the debate?

The two candidates were seated side by side with roughly 8 feet (2.5 meters) and two plexiglass shields between them. Both wore conservative “power suits” and American flags proudly pinned to their pressed lapels. The stage was a neutral forum offering each the opportunity to win over the American public: the same chairs, identical tables, two glasses of water, uniform lighting.

But despite the neutral setting, the two candidates entered the debate worlds apart. Harris, as a woman of color, arrived already fighting a separate, silent, uphill battle that persistently festers just below the surface. Unlike Pence, Harris’ gender and racial identity added a level of complexity to the game that need not be navigated by her white, male counterpart. The way she conducted herself as a woman of color was bound to be analyzed and picked apart for signs of the stereotypical “emotional fragility” associated with both her gender and ethnic background.

Women who react with passion, take a firm stance or assume roles of leadership are often accused of being “overly emotional,” “aggressive” or “bossy,” while men who behave in the same manner are considered “driven,” “assertive” or “ambitious” – creating a vicious double standard. Women are told from a young age that “male” traits do not suit the classic definition of femininity, which traditionally encompasses softer, more passive emotions and qualities. Women are judged for certain traits, silenced and pushed aside. Women of color face a double-edged sword, having to also fend off racial prejudices and the barriers these create in virtually every aspect of their lives. It is a thin line to walk for those seeking success in any profession, particularly in sectors dominated by men.

All these factors considered, when Harris was interrupted by Pence while answering the first question regarding the Trump administration’s failure to effectively handle the COVID-19 outbreak, her firm response, “Mr. Vice President, I’m speaking. I am speaking,” had people of every race and gender identity worldwide jumping up and down in their living rooms. The overwhelming response on Twitter was quick and to the point, with over 44,000 posts already tweeting the senator’s words by the end of the 1.5-hour debate.

Harris’ demand for a fair opportunity to be heard was what women across the globe have been demanding for centuries: equality – nothing more, nothing less. And that was exactly what she requested in the first few minutes of the debate, with no apology or hysterics. Societal expectations and traditions have left women feeling they don’t deserve the same amount of space and expression as men. Women are expected to smile politely until whoever interrupted is finished or sometimes give up on the thought completely. Harris reminded us that we can, in fact, hold our ground when it’s our turn to be in the spotlight.

Many later remarked that Harris would be a horrible poker player. She smiled, grimaced, frowned, expressed frustration, fidgeted and sometimes simply appeared appalled, gesturing with her hands and occasionally tilting her head for emphasis. The expressions were in stark contrast to Pence, who maintained a neutral demeanor and stayed relatively still, even while speaking about sensitive and often controversial topics like racial tension, reproductive rights and economic fallout. The vice president is known to possess traits that President Donald Trump sorely lacks: an ideological foundation, political connections and self-discipline. These are all very attractive on paper but less so in person when that is all you have to offer.

Side by side, the two candidates were stereotypical poster children for gender roles: feminine expression versus masculine reserve. Traditionally, politicians have hidden their stronger emotions from the public’s eye, offering guarded facial expressions, neutral tones and stiff body language. But Harris’ show of heart, energy and humility made her much more approachable – and believable – for an audience looking to connect with a candidate, without pretentiousness, condescending rhetoric or robot-like lack of relatability. In a setting where traditionally women are expected to shed every ounce of emotion, Harris wove hers seamlessly into her politics to make us feel that it should have been there all along.

While we agree that Pence does not represent every man worldwide, the fact that Harris had to repeatedly request her right to speak uninterrupted at least four times over the course of the debate is not a trend unique to politics. Following the debate, women hit social media running, expressing their own frustration about being interrupted or blatantly ignored by their male counterparts in business meetings and other professional settings. Before chalking that up to oversensitivity, consider the fact that Harris’ basic request for equality was big news, speaking to the rare occurrence of women standing up for themselves in the public sphere. Respected media outlets around the world ran headlines featuring the quote and its empowering implications.

After suffering through the debacle that was the presidential debate between Trump and Harris’ running mate Joe Biden, Americans were ready for someone to finally stand up to an administration that assumes it can get away with bullying as it pleases; however, I think the voters were pleasantly surprised the reprimand came from a confident woman on live TV.