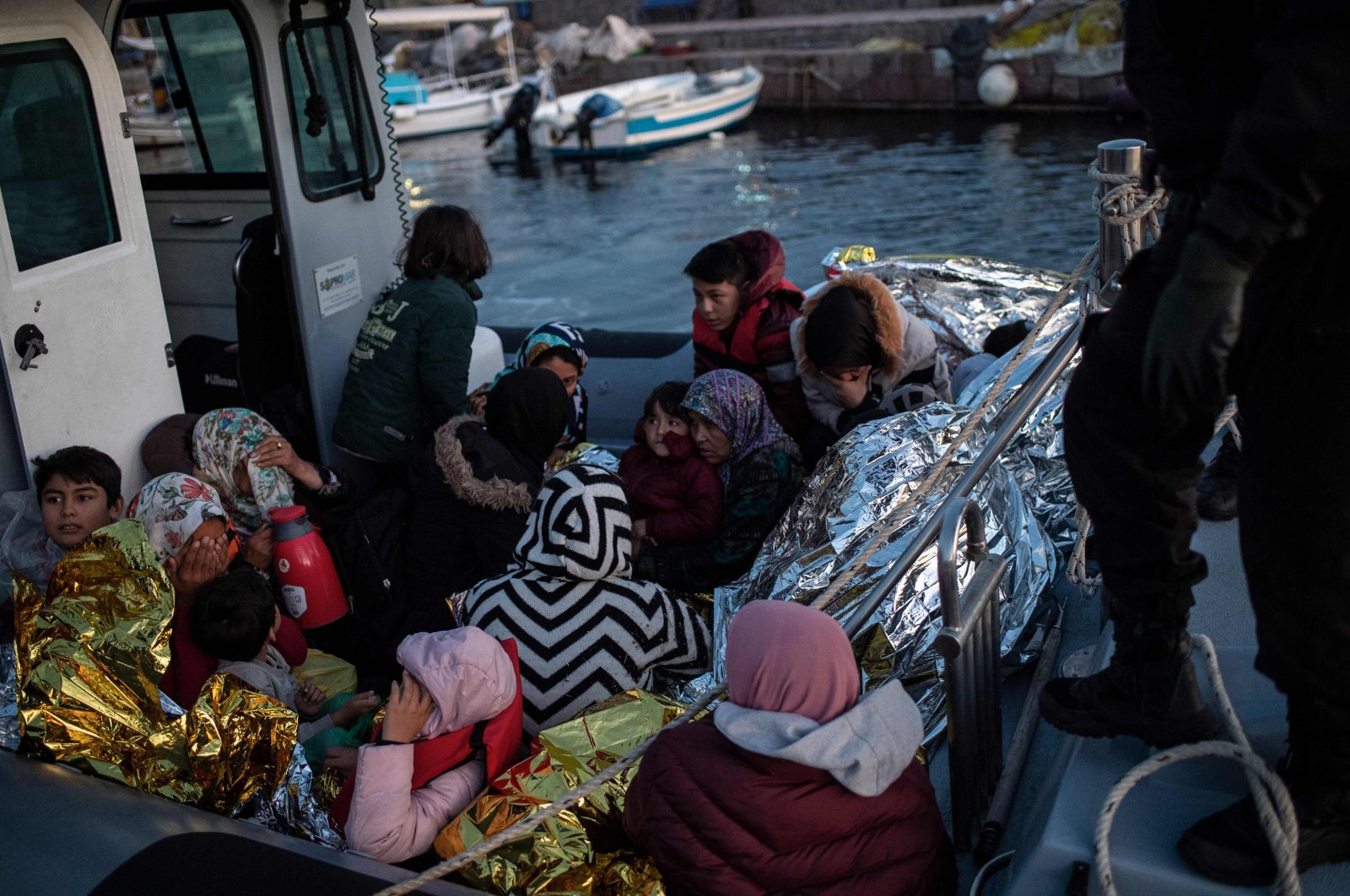 The world is currently experiencing the highest level of displacement on record. Since the conflict started in 2011 in Syria, unfortunately, hundreds of thousands of civilians have been killed and millions have fled their homes. Now, in its ninth year, 13.5 million are in need of humanitarian aid within the country. The majority of those displaced sought refuge in neighboring countries due to escalating clashes. Over 5.5 million have fled to Turkey, Lebanon, Jordan, Egypt and Iraq. Turkey currently hosts around 3.6 million Syrian refugees while nearly 1 million have sought asylum in other countries.

Recently, however, Idlib has become the focus of attacks in Syria. The city – which holds an important place in terms of its demographic and geographical location – has become the target of the Bashar Assad regime and its supporting forces, despite the previous Astana agreement. It now appears that the Assad regime desires to solve the Idlib problem through violence and military methods; the avowed intent is to take over the city by force. But the residents of the city do not want to be under the control of Damascus until the conflict is resolved.

Idlib is witnessing one of the most brutal crises in human history, and the situation has nearly reached a catastrophic level. Ironically, it is one of the regions that received the most migrants from other parts of Syria during the civil war due to its border with Turkey and the area being relatively secure. Over nearly a decade of conflict, the Idlib province has become home to about 4 million civilians who have taken refuge from the attacks of the Assad regime and its supporters across the country.

On this axis, as a result of recent escalating attacks by the regime and its supporters, a significant part of the population has been forced to leave their homes. They are being squeezed into smaller swathes of land near the Turkish border. According to the information given by the United Nations, over 900,000 people, the vast majority of them women and children, have been compelled to migrate to the Turkish border since December 2019.

The displaced are struggling to survive on farmlands that hardly support any subsistence agriculture, while others cultivate various crops under olive trees amid the dense population of camps along the Turkish border. Although most people can meet their needs due to the assistance provided by nongovernmental organizations (NGOs), for some people, hunger has become an increasingly grave problem due to food scarcity. Furthermore, another threat includes freezing temperatures that have killed infants and children.

On the other hand, the biggest problem that comes to mind, without doubt, is what world leaders are doing to curb the growing humanitarian crisis in Syria. Why were they not able to achieve affirmative results or secure a permanent cease-fire in the region? In fact, these questions need to be asked not only for the Syrian crisis but also for other humanitarian crises taking place throughout the world. It is completely shameful that the international community has left Turkey all alone. The escalation of the civil war in Syria indicates that world leaders have no intention of solving the problem but are more concerned with their own interests.

Those who believed that the regime should have been destroyed in the early years of the crisis have left the Syrians at the mercy of the Assad regime in line with their interests.

Previously, Turkey and Russia had taken the necessary joint steps in order to ensure a cease-fire in the region. Today, the situation seems to have reached a new level. Turkey lost many troops last month due to the Assad regime's attacks and sent thousands of its troops to the region, stating that this sort of aggression will not be tolerated. Russia, on the other hand, openly stated that it supported the regime forces and declared the Syrian National Army (SNA) terrorists. An essential aspect of the recent escalation in Idlib is that, despite their cooperation in several dimensions, there are many serious differences and growing tension between Turkey and Russia in the region. A few days ago, many Turkish soldiers lost their lives due to attacks by Russian-backed regime elements. Turkey retaliated against the attacks on an equal footing.

Since the war began and the refugee crisis unfolded, many countries have been looking for ways to keep as many migrants as possible away from their countries. International agreements are being revised, and new treaty texts are being created by governments, NGOs or the private sector. Although Western countries tried to keep tight control on their borders and gates, they could not prevent about 1 million Syrians from crossing the borders.

Indeed, due to escalation in the region, Turkey has opened its doors in the face of recent attacks that have prevented migrants from entering Europe, which closed its borders in defiance of an agreement previously reached with the European Union. Thousands of people have currently flocked to the Turkey-Greece border to make their way to Europe. Those who speak of human rights are silent today. While Turkey hosts millions, they refuse to let in refugees. We had witnessed what happened in Hungary a couple of years ago. Currently, Greece has been using brutal measures to block refugee crossings, and many refugees have lost their lives in the attacks. Greece even received funding from the EU to support these unacceptable acts. The inhumane actions against refugees seeking to reach Europe from Greece have exposed the true face of Europe.

The Syrian refugee problem can best be described as a wicked problem as it is becoming increasingly difficult to resolve. Turkey can no longer shoulder this burden alone and has been on a constant lookout for a solution. The failure of the EU to keep its promises made the situation even worse. The condition in Syria and the region indicates that Syrians who fled to other countries will remain where they are for a long time, and a greater human influx will take place in a short time.

It should not be forgotten that the Syrian conflict has had a far-reaching impact not only on the Syrian border and on surrounding countries but also on the Mediterranean and the continent. Therefore, a common platform must be established to solve hostilities or at least reduce the tension in the region to stop the forced migration and influx of more people.

As a final word, I would like to say that it is frankly evident that the world is on fire, but I wonder if refugees are part of the world and whether human rights apply to these individuals, too.