Is Austria’s new chancellor dependent on Kurz or not? 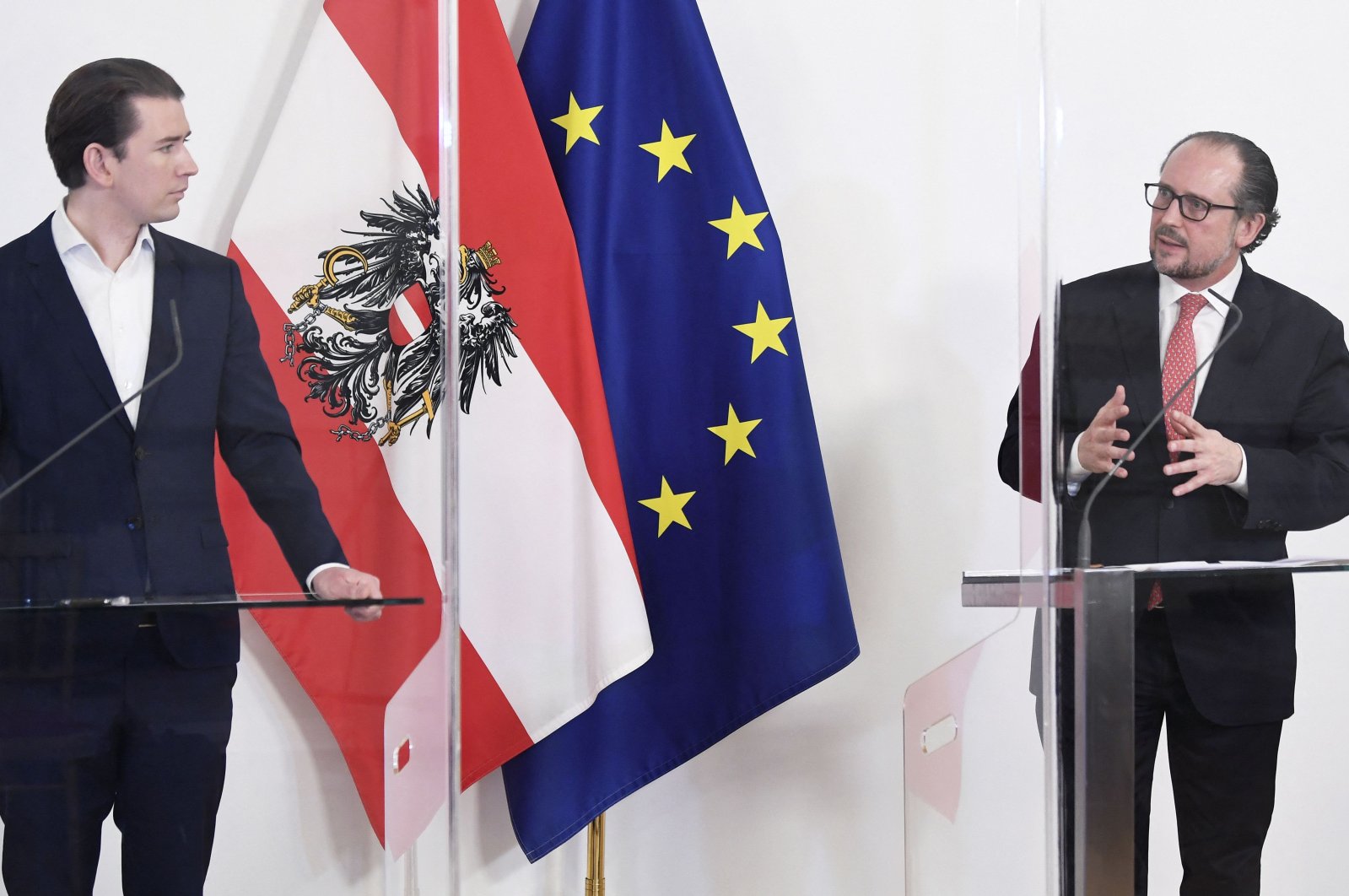 Never a dull day in politics is what they say. Think of Austria during these last seven days and one would consider this the understatement of the century. At the heart of the matter: Sebastian Kurz resigns and is no longer chancellor (this has happened twice during his short period in office), former Foreign Minister Alexander Schallenberg takes over and Michael Linhart, who until Sunday occupied the post of ambassador to France, replaces Schallenberg. Confused? Please read on...

Kurz himself is not quitting politics, or if he is convicted of a corruption case, not as of yet; he returns as parliamentarian to the Nationalrat (National Council) and thus another elected member of parliament must give way to Kurz. Besides, the former chancellor was just elected as new parliamentary party group chairman. What’s more, he is the chairman of his Austrian People's Party (OVP). Not bad for someone accused of serious wrongdoings while in office.

Kurz, according to aides, might actually be planning for a (third) return to the chancellorship, but for the time being, here is where our tale of suspense and suspicion ends. Only this very morning did influential Tyrolean Land Leader (Landeshauptmann, comparable to a German federal Land Minister President) Günther Platter make it crystal clear that he expects Schallenberg to distance himself from Kurz insofar as he creates politics and policies on his own instead of becoming completely dependent on Kurz. And Platter is not alone. More and more senior conservative personalities seem to agree, albeit many do so behind closed doors.

What are the accusations all about?

At the core of the affair are charges made by the national corruption prosecutor’s office that Kurz and nine other individuals engaged in illegal deals with media outlets to guarantee positive reporting about Kurz and his party. While one could argue that if a private person spends private monies to obtain favorable reporting it is no crime – if a journalist agrees to such a suggestion, he is simply no journalist but a spin doctor, unfit for our profession – doing just that with government funds is a crime indeed. The case features events from between 2016 and 2018, at a time when Kurz declared he is ready to completely overhaul how Austrian politics are conducted, a clean sheet, a clean house so to speak. Now a huge number of chat protocols might make Kurz’s previous statements that he did nothing wrong a thing of the past and a case for the courts.

And there is more in store: critics have confronted Kurz about his almost authoritarian style. And then there were some cynically inclined commentators who questioned his decision to include as many female politicians in his ministerial team as possible and whether or not this was aimed at safeguarding his all but complete control of the party machine.

The prosecutor’s investigations could last well into next year, while a parliamentary investigative committee is likely to be formed, too. And there might be even more in store as, during another investigative committee, members of the ruling OVP were accused of withholding vital information. In particular, Finance Minister Gernot Blümel is in the spotlight and there are already concerned voices demanding that Blümel should step aside next.

No small fry at all

Austria is a great nation with enterprising people just returning to somewhat normal life at the end of the pandemic tunnel, same as anywhere else. But Austria is deep down still a rather traditional, small-c country where trust and a word of honor are the order of the day.

Young citizens are actively involved in shaping their country’s future, be it as part of a folk-dance group or as a start-up entrepreneur.

And exactly at this junction Kurz’s internal troubles commenced: more and more hard-core conservative party members, especially those with an elected mandate, consider his style and, if found guilty, mishandling of government funds untenable. Let us put this development first into the local, then into the wider picture, respectively. Imagine you are an office holder or mayor and your electorate asks you about your chancellor far away in Vienna and if those corruption charges are real? Well, you might shrug it all off, but a prosecutor’s office is no pensioner’s club playing bridge. Hiding behind a coy "everything will be alright" may work for a few days or even weeks, but at some point, you would need to make a statement. Your career or his?

The consequences for Austria are not to be belittled. How can a young generation trust in their elders, their elected politicians, their supposed role models when they are accused of corruption? Innocent until found guilty, of course, and Kurz is entitled to the best defense like anyone else.

From Berlin, with love

We started today’s opinion page contribution by summing up events as unfolding in Austria as if it were a blockbuster movie. Hence it seems appropriate to end with a reference to a much-cherished part of the Ian Fleming movie series. Relations between Austria and Germany are very special, not just because they share the same language.

Politicians of all colors engage in regular meetings, exchange viewpoints and, under normal circumstances, admire each other and pay due respect.

At a time when what is referred to as "the European House" is in complete disorder and, to make only one such recent point in case, Poland faces questioning from Brussels about whether it still has a constitution in sync with European standards, the political upheavals in Austria in a post-Brexit world are the last item on any politician's wish list.

Will the new chancellor have the stamina and charisma to not simply replace Kurz but to enter into a new phase with his very own ideas and political visions? It all boils down to how Kurz conducts himself. Will he try and run the country from the aisles and punish everyone who questions his right to do so, or will he do the sensible thing and, regardless of sitting in parliament, refrain from influencing government policies? In the latter case, however, he should re-consider staying on as a member of parliament.

If the COVID-19 crisis allowed us anything positive, it is the fact that we had time on our hands; we reflected on our day to day lives and how our nations are governed. If societies recalibrate themselves, there should be no space for politicians engaging in illegal dealings. As above, innocent until found guilty, but somehow, somewhere something will stain Kurz’s self-made image of a role model politician. And rather sad at the same moment: there was a time indeed when Kurz was the country’s most admired leader. Why gamble it all away?