Is Bitcoin a recipe for disaster or a safe haven for pandemic-hit world? 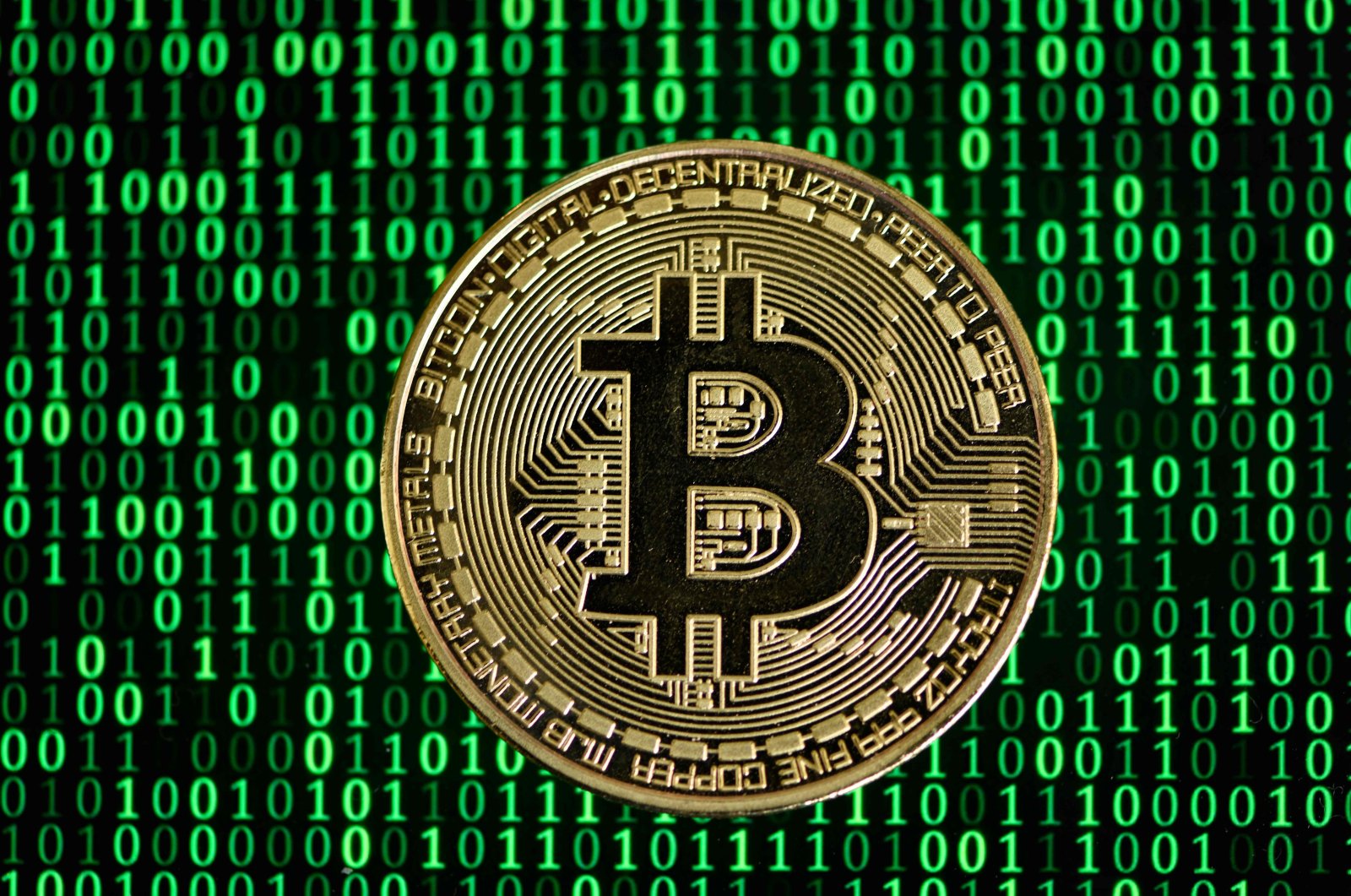 Cryptocurrencies, especially Bitcoin, have recently attracted the attention of traders and institutions and gained immense popularity across the world. In the meantime, financial literature is analyzing these digital currencies in terms of efficiency, performance, hedging properties and their relationship with traditional financial assets.

The price of one bitcoin remained a few dollars for the first few years after the cryptocurrency's launch in 2009. Trading of Bitcoin and other cryptocurrencies witnessed a huge spike at the beginning of 2020, then surged to a new high in the early weeks of 2021 as Bitcoin's price broke above $42.00, an all-time high (ATH) in the history of the leading currency. Few assets have delivered such strong returns during one of the most turbulent years for financial markets. The market capitalization of crypto soared up to $1 trillion, en route to pass Tesla, which is a concrete testament that crypto is here to stay in our lives.

The uncertainty stemming from the weakened economic situation owing to the COVID-19 pandemic has persuaded some central banks and national governments to delve into the use of cryptocurrencies to stabilize collapsing economies. The wavelet coherence analysis has revealed that “there is initially a negative relationship between Bitcoin and the number of reported cases and deaths during COVID-19; however, the relationship becomes positive during the pandemic,” Chinese economist Ming Zhang said.

Interestingly, at the very onset of the pandemic, cryptocurrencies behaved like traditional assets, however, they began becoming a hedge as the effect of COVID-19 worsened. This corroborates the previous studies that yield evidence on the hedging role of Bitcoin against uncertainty.

Most proponents of cryptocurrencies have opined that these controversial digital coins will not only provide benefits in terms of hedge against the pandemic, but they can also be utilized as a payment and money transfer instrument. Financial giants Fidelity and Goldman Sachs have recently been reported to be investigating how their clients can invest and pay for goods in the currency.

In the U.K., Starbucks and upmarket grocer Whole Foods now accept payment in bitcoins. Bitcoin's popularity gained momentum when the online payment giant PayPal recently allowed its customers to buy and sell it. JPMorgan has stated that Bitcoin could rally as high as $146,000 in the long term as it vies with gold as an “alternative” currency. The price of Bitcoin could hit $300,000 next year, more than 16 times its current value, according to a leaked report from Citibank.

As Bitcoin surges, Bitcoin interests jump on Google and trends peak on Twitter. When Tesla's Elon Musk asked about the probability of converting "large transactions" of Tesla Inc.'s balance sheet into bitcoins, according to a Twitter exchange between Musk and a well-known advocate for the digital currency, all of crypto-Twitter and crypto media ran amok.

Surprisingly, more than 80% of all the voters now agree with the sentiment and believe that cryptocurrencies are actual money. The IMF has also recently come out with a report that explores the scope for digital currencies in the international reserve ecosystem currently dominated by the U.S. dollar.

It has been recently reported that the Turkish central bank has been working on a digital lira and Turkey is set to begin trials of a new digital currency this year. The CEO of Bitci technology and Bitci.com, Onur Altan Tan, recently stated that Bitci Technology, a platform for trading cryptocurrencies in Turkey, has signed an agreement with the Turkish Basketball Federation (TBF).

Last week, two interesting pieces of news went viral regarding Bitcoin. A Welsh man named James Howells – who claims he accidentally threw away a hard drive containing 7,500 bitcoins, in other words, 200 million pounds ($271 million) worth of cryptocurrency – has said he will give his local council one-quarter of the fortune if they let him dig it out of the landfill in the city of Newport, Wales.

The second news was from the U.S. A San Francisco programmer, Stefan Thomas, owns a small hard drive, called an IronKey, which contains the keys to a digital wallet containing 7,002 bitcoins, The New York Times reported Tuesday. That amounts to $242,546. But Thomas can’t seem to remember the password, and he only has two more chances to get it right. The IronKey only allows users 10 guesses. So this man has become the top trend topic in the media.

The Bitcoin frenzy has come to such an unusual point that a 22-year-old New Yorker, Maren Altman, has been using astrology to analyze the Bitcoin price since last summer, following the movements of celestial objects to predict Bitcoin price fluctuations. And while many people might underestimate and make fun of her methods, she has managed to build a 1 million-strong social media following on TikTok.

In contrast to being perceived as a boom sparked by a frenzy of buying among punters and diehard fans, the rise of Bitcoin is deemed by many to be a bubble that will eventually burst. Britain is well-known for its crypto skepticism. Last week, the Financial Conduct Authority (FCA) in the U.K. issued a warning to cryptocurrency investors in the aftermath of another sudden and grave crash.

The U.K. regulator stated that traders who invest in crypto assets “should be prepared to lose all their money” due to their “significant price volatility.” The same warning was issued by authorities in New Zealand, Poland and Australia.

A leading investment bank, Bank of America, also warned that Bitcoin investors could be in “the mother of all bubbles” as the digital currency hit a new record high.

In addition, HSBC Bank, one of the largest financial institutions in the U.K., has banned operations related to the circulation of cryptocurrencies. According to The Sunday Times, clients of the British bank will no longer be able to transfer any profits from cryptocurrency transactions into their bank accounts.

Swiss financial services giant UBS Wealth Management is the latest organization to warn investors about the potential risks of the cryptocurrency industry. It has compared crypto to Myspace, positing that prices could plummet to zero at any point.

A Yahoo News report has claimed that the right-wing activists who stormed the U.S. Capitol in support of President Donald Trump received payments in bitcoins, almost $500,000, a month ago from foreign accounts. The FBI’s retired Assistant Director Frank Figliuzzi shared this report on his Twitter feed. The U.S. authorities are urging a crackdown on cryptocurrencies with adamant regulations.

Reports from India warn that some Indian doctors sell unauthorized COVID-19 vaccines on the black market asking for bitcoins as payment. According to Russian state-owned news agency TASS, hired assassins are accepting cryptocurrencies as payment for their crimes. Bitcoin is therefore stigmatized and demonized due to such illegal activities.

It seems like everybody is talking about cryptocurrencies at the moment. From political idealists to economic opportunists, everyone has been jumping on the crypto-investment bandwagon.

Cryptocurrencies are slinking into the mainstream. As Bitcoin and other cryptocurrencies continue growing, the question of regulation gradually becomes crucial and compelling. Angela S. M. Irwin from the department of criminology at the University of Macquarie in Australia warns, "It is essential that steps are taken now to understand potential areas of weakness in this technology before it, and others like it, become mainstream methods of transferring illicit funds around the world ... Failing to respond now may be a recipe for disaster."