Is IMF an option for Turkey? 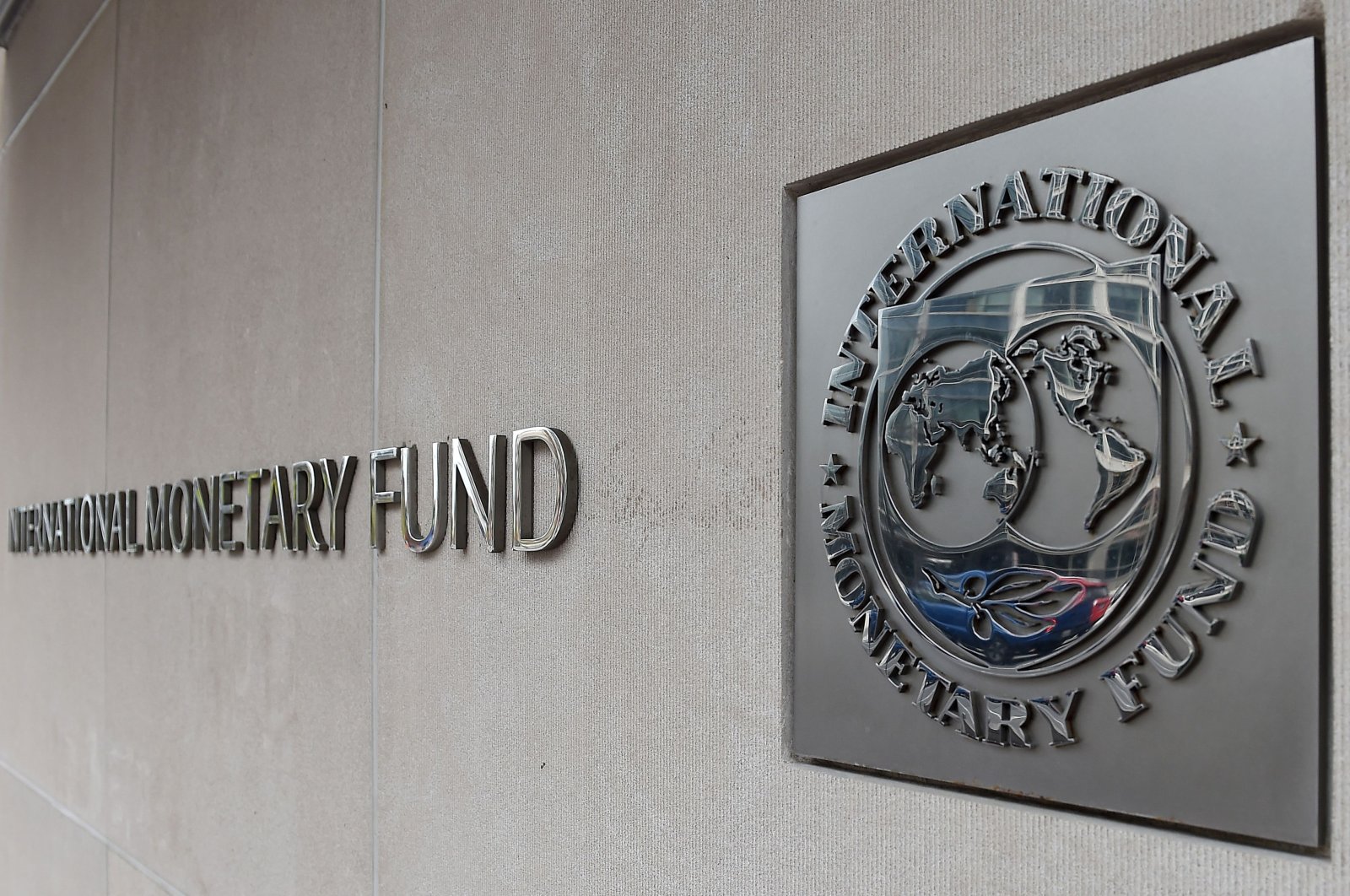 While the death toll rises due to the coronavirus and curfews continue worldwide, national economies are beginning to show the first significant signs of crisis. Europe's second-largest economy France expects negative growth of over 6% in the first quarter of 2020, reminiscent of the post-World War II era.

Turkey's economy, like that of any other country, is suffering the effects of the coronavirus crisis, albeit to a limited extent. Nevertheless, the impact on the Turkish economy is more verbalized in Western media, such as Bloomberg, the Financial Times and The Wall Street Journal, than the impact of the virus on any other state.

Furthermore, mortality rates in Turkey have remained low compared to other nations' losses due to the country's high level of investment in health care over the last 18 years and the early start of measures this year. When the Justice and Development Party (AK Party) took over the government in 2002, the state was heavily indebted to the International Monetary Fund (IMF), which, as a result, has had a strong influence on Turkish politics.

However, Ankara was able to pay off all IMF debts by 2013 with the right financial and economic policies, whereupon even the IMF asked Turkey for $5 billion in loans for the first time in its history.

Due to the economic pressure brought on by the coronavirus pandemic, which according to the institution will last until 2021, the IMF has put together a $50 billion Rapid Financing Instrument (RFI) package.

Developing countries that are members of the IMF can apply for this. In this context, the question arose whether Turkey, too, should again incur debt to the fund. Even taking into account the recent experience with the IMF, the answer is clearly no.

Although IMF Director Kristalina Georgieva has indicated that they have held and are continuing to hold talks with all their member states, including Turkey, for financial assistance, Turkey has not applied for the RFI. There is a clear reason for this.

Turkey has so far signed more than a dozen standby agreements with the IMF and accumulated 20 times its total debt, the first time in 1961 and the last time in 2005.

With the exception of the debt in 1980, which was caused by the oil crisis in 1979 and 1980 and the subsequent hyperinflation, Turkey only took out loans in the million-euro range until 1999. After that year, loans were taken out in the two-digit billion range.

The main reason for these borrowings was mainly hyperinflation in the 1990s, which reached 149.6% in 1994. This was due to the fluctuating economic growth, the subsequent net capital outflow and the necessary increase in demand of foreign currency.

A gap in the supply of foreign currency by the Central Bank of the Republic of Turkey (CBRT) caused a foreign exchange deficit. All in all, this made Turkey a speculative investment country. Furthermore, due to inadequate fiscal policy, the public debt increased, interest rates rose at a very fast pace at first, the Turkish lira lost value drastically, the current account deficit increased and the foreign debt reached about $65 billion by the year 1994.

The rate of unemployment started increasing rapidly. Despite far-reaching packages of measures at home, it was not possible to contain the debt, interest rates and inflation, so in 1994 a new IMF debt in the millions was incurred.

Although inflation was reduced to half after 1994, it remained almost constant at over 60% for many years. The economy was unable to recover from the crisis and the basic problem of high public domestic and foreign debt remained persistent. The economic crisis in the trading partner state Russia in 1997 and the severe earthquake near Istanbul in 1999 finally brought the economy to the brink of ruin; foreign debt was just under $115 billion so that between 1999 and 2002 a total of more than $40 billion in loans were borrowed from the IMF.

Due to the already strict conditions imposed by the IMF, mass unemployment and the political instability of the trinity coalition of the Democratic Left Party (DSP), the Motherland Party (ANAP) and the Nationalist Movement Party (MHP) and the indecent appearance of IMF representatives in Ankara at the beginning of the millennium, a negative image has been associated with the IMF in Turkey. This is tantamount to the subjugation of the country to Western institutions and the violation of national sovereignty, which has further increased discontent in Turkey.

This is understandable, given the presumptuous language used by IMF representatives toward the ministers during the time. It was only with the election victory of the AK Party in 2002 that the country began to rebuild its economy and state system and to repay its debts in the long run.

Then-Prime Minister Recep Tayyip Erdoğan said at the opening of the Turkish National Assembly in 2013 that Turkey had now repaid all its debts to the IMF and that the government, at the request of the institution, planned to give it a loan of approximately $5 billion. He also stated that the IMF chapter has been closed for Turkey forever.

Not only did this give him a political boost, making him a political hero and a liberator of foreign credit institutions, but it also gave the population courage and the feeling of national sovereignty.

Compared to the 1990s, Turkey's current economic problem is of a completely different nature. Turkey closed 2019 with an annual economic growth rate of 0.9%, a historic low for the country. The war in Syria, the temporary sanctions imposed by the U.S. and Russia, the global insecurity on the markets and the devalued Turkish lira have largely weakened Turkish economic growth in recent years.

Private households are particularly affected by this and are therefore heavily indebted. Public debt, however, is largely low and in no way comparable with the 1990s. Nevertheless, foreign debt has continued to rise in recent years due to the depreciation of the Turkish lira against the U.S. dollar and the euro, as imports become more expensive in nominal terms.

In recent years, agreements have been signed with many states to implement the use of local currency for domestic and export transactions. The move has somewhat dampened the rise in prices in markets but did not solve the currency problem.

In order to stabilize the Turkish lira, the CBRT bought foreign exchange with repo transactions, thereby increasing its reserves. Nevertheless, the lira remained weak and foreign debt continued to increase in nominal terms. Overall, the crisis is thus not affecting the public but the private sector and private households.

Like many other countries in the world, the coronavirus crisis has also affected Turkey economically but not nearly as badly as the Western media continues to portray. The loss of production, decreasing demand for some goods, output restrictions and short-term work have continued to disadvantage private households, but this by no means signals a trigger for a crisis.

To counteract this, Ankara adopted a package of measures called "Economic Stability Shield" amounting to TL 100 billion ($14.6 billion) to ease the burden on businesses and households.

The question now is what can be done to provide additional support to households and businesses to prevent a potential economic crisis. Many circles propose an RFI loan from the IMF. However, compared to the 1990s, there is no hyperinflation or an economic problem of the state budget today but rather of the private sector. Therefore, neither the IMF is primarily suited for this purpose nor is indebtedness to this institution economically and politically sensible, as it is not a suitable economic instrument.

The only sensible solution would, therefore, be to pursue an expansive monetary policy, i.e. to print money and increase the amount of lira in circulation so that the debt can be repaid.

Although this would entail the risk of higher inflation in the medium term, it could be mitigated if measures were taken early. Thus, overall, no further external debt would be incurred by a credit institution, which, ceteris paribus (at the same exchange rate) would also increase public debt in the medium term.

Moreover, further indebtedness would also make Turkey politically dependent on a foreign institution and thus not fully meet its strategically important goals in the region, which I have elaborated in my recent articles.

It would also reduce the popularity of Erdoğan, who once promised that the IMF was no longer an alternative for Turkey. It is also clear from the recent RFI tender that the IMF has political objectives since the Washington-based institution has announced that it will not grant loans to the Venezuelan government, which has not been recognized by the U.S. since the election of Nicolas Maduro. In this respect, this is also a political warning sign for Turkey to stay away from its loans in general, in addition to the IMF's economic unsuitability to its economic problem. Even taking into account the headlines of the Western media, the primary intention of a new agreement with the monetary fund is, therefore, to make Turkey dependent on a foreign institution and thus weaken it both politically and economically

As an alternative to the IMF, however, a swap transaction could be concluded with the U.S. Federal Reserve, which would not result in political dependence due to the internationally legally binding framework conditions. This would also be a suitable economic instrument for the problem but could jeopardize the installation of S-400 missile defense systems in Turkey, as the U.S. has been looking for soft measures for a year now to contain Russian influence in Turkey and the region.