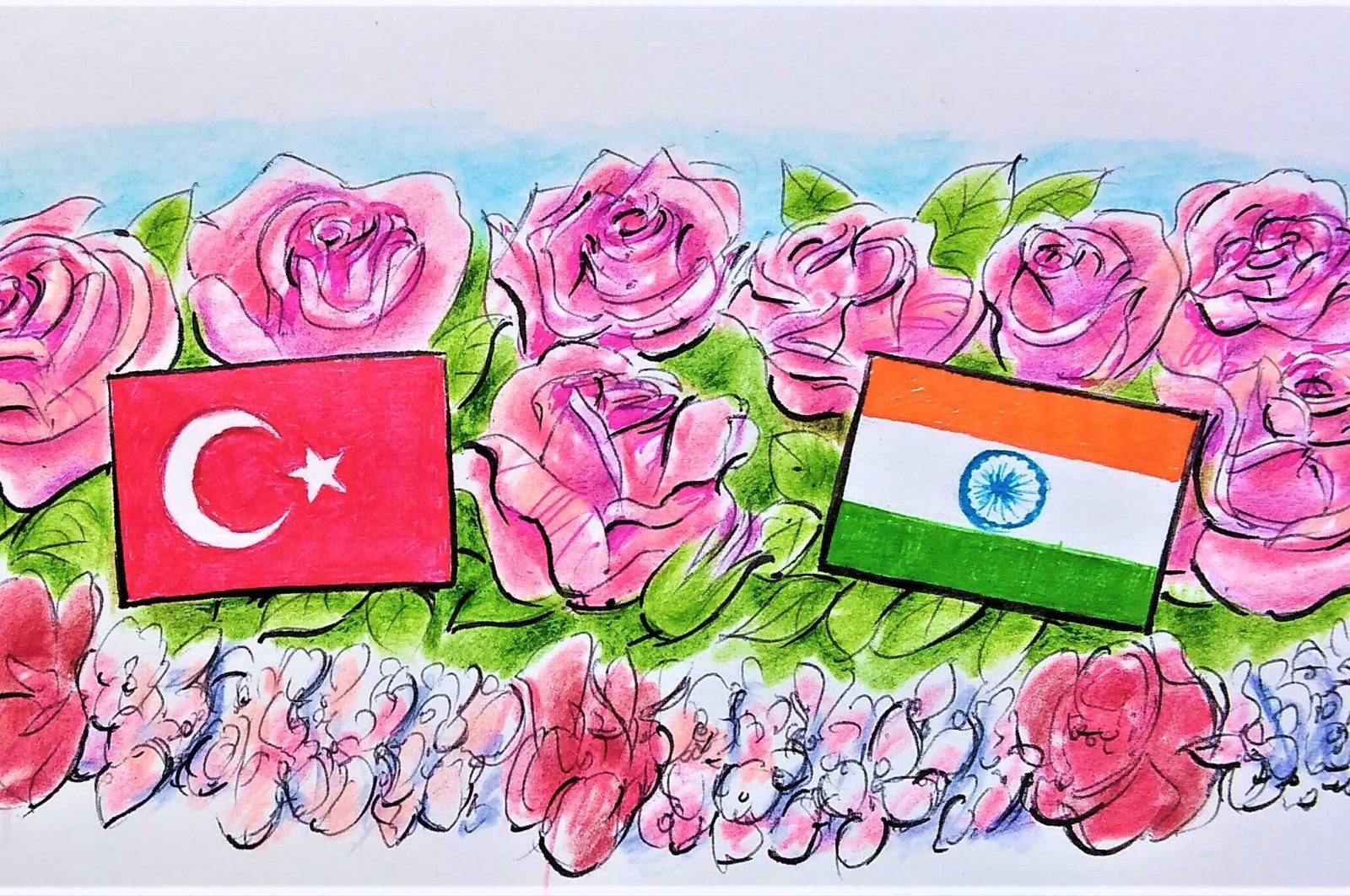 In a less-publicized event in Turkey's latest diplomatic resetting, Indian and Turkish diplomats met after a four-year hiatus for political consultation in Ankara on June 10. According to informed sources, both sides have reached an understanding to increase exchanges of views and perspectives to enhance their bilateral cooperation in the coming months. After a prolonged time, the new initiatives have not come without reason.

For a long time, both countries have been looking at their relations only within their bilateral merits; nevertheless, they have been active beyond their traditional geographies and built their spheres of economic, security and political cooperation. In recent years, India has become more active in the entire Indian Ocean region, including the Persian Gulf and Indo-Pacific. With two summits, the quartet of cooperation between the United States, the United Arab Emirates (UAE), India and Israel has now taken a shape that has brought India closer to its natural maritime neighbors and made it their partner in peace and stability. Thanks to its status as a NATO member, Turkey has also deepened its ties with Qatar, Saudi Arabia, Oman and the UAE. In Central Asia and Eurasia, Turkey has been active for quite a long time to reconnect with the Turkic population and cultures and has formed the Organization of Turkic States (OTS). The liberation of Karabakh has also brought new opportunities for normalization with Armenia along with 3+3 format cooperation between the nations of the South Caucasus, Armenia, Azerbaijan and Georgia, and their powerful neighbors, namely Russia, Turkey and Iran. When India and Turkey trade is reaching a nearly $10 billion benchmark, and India-Turkey commercial and tourism relations have been increasing, they cannot avoid a wider political consultation.

However, the India-Turkey relationship is not an easy combination. It makes a complex puzzle for Indian and Turkey observers, as the relation is evaluated in an environment of highly volatile regional politics in South Asia and the Middle East. Turkey is a country that for a long time belonged to the Western security architecture as the largest army of NATO, with a neo-liberal economy, deeply connected with European politics and economy, emerging as a Eurasian power. The country's economy performed very well from 2005-2013, enough to join the club of G-20 economies. India had maintained a strict nonalignment approach vis-a-vis international problems. With the declining influence of the Non-Aligned bloc in world politics, India is faced with two different realities, one, China has not only established itself as an economic and military power, but also it has developed a different world view as opposed to the philosophy of the previously agreed principles of peace and cooperation famously known as “Panchsheel principles.” Moreover, India has gradually reduced its dependency on Russia's defense supplies and diversified its relations beyond defense. Turkey, too, has expanded its relations beyond the West and has tried to reduce its dependency on Western defense.

Despite belonging to two different security environments, India and Turkey have, nevertheless, found a comprehensive economic agenda to cooperate and advance their trade relations. Companies from both countries have started exploring their markets and have found promising opportunities in all sectors. Turkish companies are active in India's metro, road and tunnel construction and civil aviation projects. The successful economic relations notwithstanding, their political relations do not match the level of economic convergence. That is where such an important political consultation was needed to iron out their pending differences and bridge the trust gaps. Briefly, there are three issues on which India and Turkey's political relations have failed to build confidence.

First, Turkey's very special relations with Pakistan, archrival of India, are generally seen as a "preferential choice," at least in their public sentiments and bilateral narratives. Having good relations with any country is, after all, the most important objective of diplomacy. The relations with both India and Pakistan have their respective merits in Turkey's diplomacy. Yet, the merits of the two different relations occasionally get blurred. While Pakistan-Turkey exchanges at all levels are frequent, India-Turkey exchanges have remained limited. Although, Turkey's Asia Anew Initiative has indeed promised a new beginning and a new perspective, Turkey's Asia Anew Initiative is yet to offer something promising to the world's sixth-largest economy. The Asia New Initiative has focused on new geographies and new markets so far, while old markets like India require a far more comprehensive approach.

In terms of understanding South Asia in general and India in particular, Turkey's policy perspectives remain occupied by the most happening geographies of the Middle East, Europe and Eurasia. Rarely a think tank in Turkey publishes and discusses South Asia and India beyond marginal commentaries. The region requires more academic and intellectual investments in understanding the region as a permanent need. Turkey has a very limited number of South Asia-related discussions in its universities, think tanks and policy forums. As Turkey's strategic profile and ambitions grow, Turkey's regional perspectives are carefully watched by all regions and stakeholders.

Second, both countries have often disagreed on the issue of Jammu and Kashmir, on which India and Pakistan have fought three wars. On several occasions, the Turkish leadership has raised the issue at international forums, only to be strongly refuted by Indian authorities. The Turkey-India spat over an issue primarily fought bilaterally by India and Pakistan has been of little help to the resolution of the issue or the improvement of India-Turkey confidence. Previously, the Gulf nations also used similar approaches and decided to engage with India and Pakistan on their individuality and merits.

Third, more important, rather the most important issue, is to find mutually beneficial trade relations. The least talked topic between India and Turkey observers is the scope of economic cooperation well beyond their bilateral ties. The companies of both countries have been competing for international projects from energy to construction to transport. India has gradually established its footprints in Africa and the Middle East, where Turkey has recently expanded its diplomatic and commercial presence. In Central Asia and Europe, Indian and Turkish companies have many common interests in supporting the local governments in order to keep their investment choices diverse and less dependent on any power. As Turkey has successfully diversified its relations beyond Europe, particularly with her trade and investment relations, Turkish and Indian companies meet everywhere. However, they have yet to explore how to use the available opportunities for cooperation in other regions for joint trade and development projects. The discussions on the Comprehensive Economic Partnership Agreement (CEPA) once proposed and discussed during the visit of President Recep Tayyip Erdoğan to India, is maybe a starting point. Joint efforts in research and development, cooperation in renewable energy, cybersecurity and the environment are the areas of immediate mutual interest.

Not to forget, India was among the first countries to have voiced its condemnation of the military coup attempt in Turkey in 2016 and had responded positively to Turkey’s security concerns about the Gülenist Terror Group’s (FETÖ) activities.