Is it time to rethink the hashtag #BlackLivesMatter? 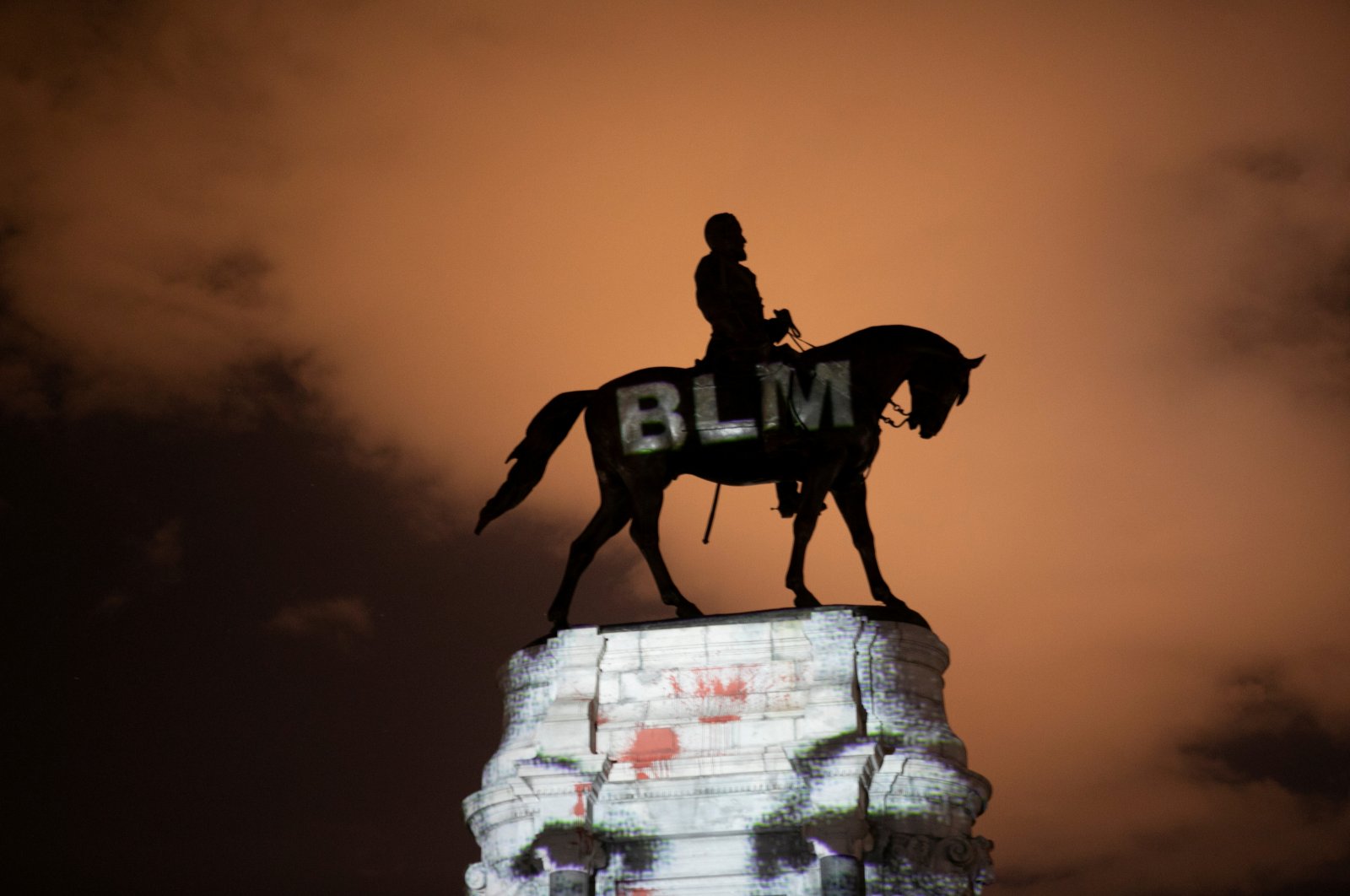 Ordinary people have shown an incredible spirit by condemning the brutal killing of a black man, George Floyd. In years to come, this response may serve as a model of collective activism against racist behavior, not just in the American police department but in other areas of society including sport, education, politics and showbiz.

Floyd’s tragic death has revealed unhealed wounds, memories of black people who have died at the hands of American police officers. There is a sense of solidarity in Britain.

London's daily Evening Standard declared, “It’s a fight for all of us." These are possibly historic moments. Could this collective response really bring about a significant change in the battle against racism? The Washington Post asks, “Are we on the brink of revolution?” while The Guardian editorial has called it a “turning point” that “could be a defining moment in America’s racial politics.”

The world is witnessing waves of anti-racist protests. By all means, everyone must condemn any brutal act of killing and torture regardless of the color, creed and faith of the victim.

But as the protests grow one may ask: Will the protestors really achieve their purpose? Can violent protests like setting fire to buildings and attacking the police really be of any help? A CNN article suggests #BlackLivesMatter hashtag, “Could be doing more harm than good.”

There is a social media war going on between antiracists and right-wing supremacists. Britain First and Black Lives Matter protestors are now face to face on Twitter competing with each other using images, videos and quotations under hashtags like #blacklivesmatter #whitelivesmatter and #policelivesmatter.

Many Twitter warriors are using hashtags like #londonriots2020 that weaken the real motive of the Black Lives Matter movement mainly because of the violence, as police officers have been attacked and wounded, buildings have been vandalized and bullying has raised questions about the movement.

Pakistani writer and novelist Fatima Bhutto finds that responses to Floyd’s death especially #BlackOutTuesday were "embarrassing.” She thinks “social media has long been a silo of hypocrisy, but its thoughtlessness in the face of raging inequality, violence and fear grows with each new crisis."

No one should doubt that racism is a global problem that exists in one form or another in every society. Think of India, are Dalits (a marginalized community once referred to as "untouchables") considered to be equal citizens? Sadly, even in the 21st century Dalits still face discrimination and could face death if they eat next to a high-caste Hindu.

In Pakistan, many people consider sewer cleaners to be unequal citizens, “untouchables” and use derogatory phrases like “jamadar” and “bhangi” when referring to them. Many Muslims seem to have forgotten the golden Islamic teachings: Cleanliness is half of faith.

Look at the Middle East: South Asians, Egyptians and Sudanese workers are all victims of racism to some extent. So why is racism often linked with black people only?

Europeans are not without fault, they discriminate against travelers, the Roma and Gypsies. Centuries have passed, but these people are still seen as outsiders and are stigmatized and socially excluded from Romania to Portugal and England. A British newspaper, The Guardian, examined this attitude in an article, “Treatment of the Roma: the shame of a continent.”

The documentary “Stealing Africa” by Christopher Guldbrandsen also shows how Africans were treated brutally during colonial times by Britain, America, France and the Netherlands. Also, consider how Aboriginal Australians and the indigenous people of America have been ill-treated.

There is plenty of evidence to confirm that Noel Clarke, an English actor, screenwriter and director, is right in saying that “racism is embedded in the fabric of British society” across the film industry, the media and politics. The same is true in America. This view further strengthens as one probe into the British colonial past, as the journalist and author Gary Younge puts it, “Our nation was built on slavery and colonialism,” and “racism still infects our politics.” It is not surprising that the writer, academic and broadcast commentator Maya Goodfellow sensed that Britain still avoids including colonial history as part of its curriculum because it does not want the public to know the reality behind its "glorious" past.

But is it unfair to put all the blame on white people? The Metro asks an important question: “Can white people experience racism?”

Consider the term "chav," a slang term for an uncouth or unsophisticated person. Does it cause pain to white people? Owen Jones, in his book “Chavs: The Demonization of the Working Class” argues that “white people believe they are victims of racism more often than black.”

The word "racist" hurts all decent and peace-loving white people as much as it is capable of bringing tears to any black, Asian, European, Arab or European person.

Every human being is equal

In practice, Islam sets examples of brotherhood and equality. Anyone eager to know about equality should study the lives of caliphs and sultans and the lives of ordinary individuals who follow the footsteps of the Prophet Muhammad. Remember how Bilal ibn Rabah, a black slave became “the symbol of human equality?”

Although, equality is an objective of all religions, sadly many followers have forgotten this ideal. Equality is also a part of the European values but mostly in theory. To be honest there is no place in our global village that claims to be an equal society.

So what is needed? Journalist Jamiles Lartey proposed that “we need a movement against racist policies.” If we want to ensure equality and justice we should pay heed to journalist Arwa Madawi's advice: “Don’t just post a black square on your Instagram or #BlackLivesMatter on your Facebook page and be done with it. We need to do more.”

Everyone is equal and everyone should be listened to, respected and must be treated equally. So the only way to curb racism and oppression is to consider all those living under oppression be they #Palestinianlivesmatter, #KashmiriLivesMatter or Indian Muslims as equally important as #BlackLivesMatters.

Because suffering and pain have no color, faith, race and creed. Any innocent child, man and woman killed in Gaza, Kashmir, Syria or elsewhere is as terrible as the brutal murder of a black man in America.

Really, it is time to say #AllLivesMatter because we are all aiming to achieve a common goal: Social justice and equal rights.