Is UK media passing the test in COVID-19 reporting? 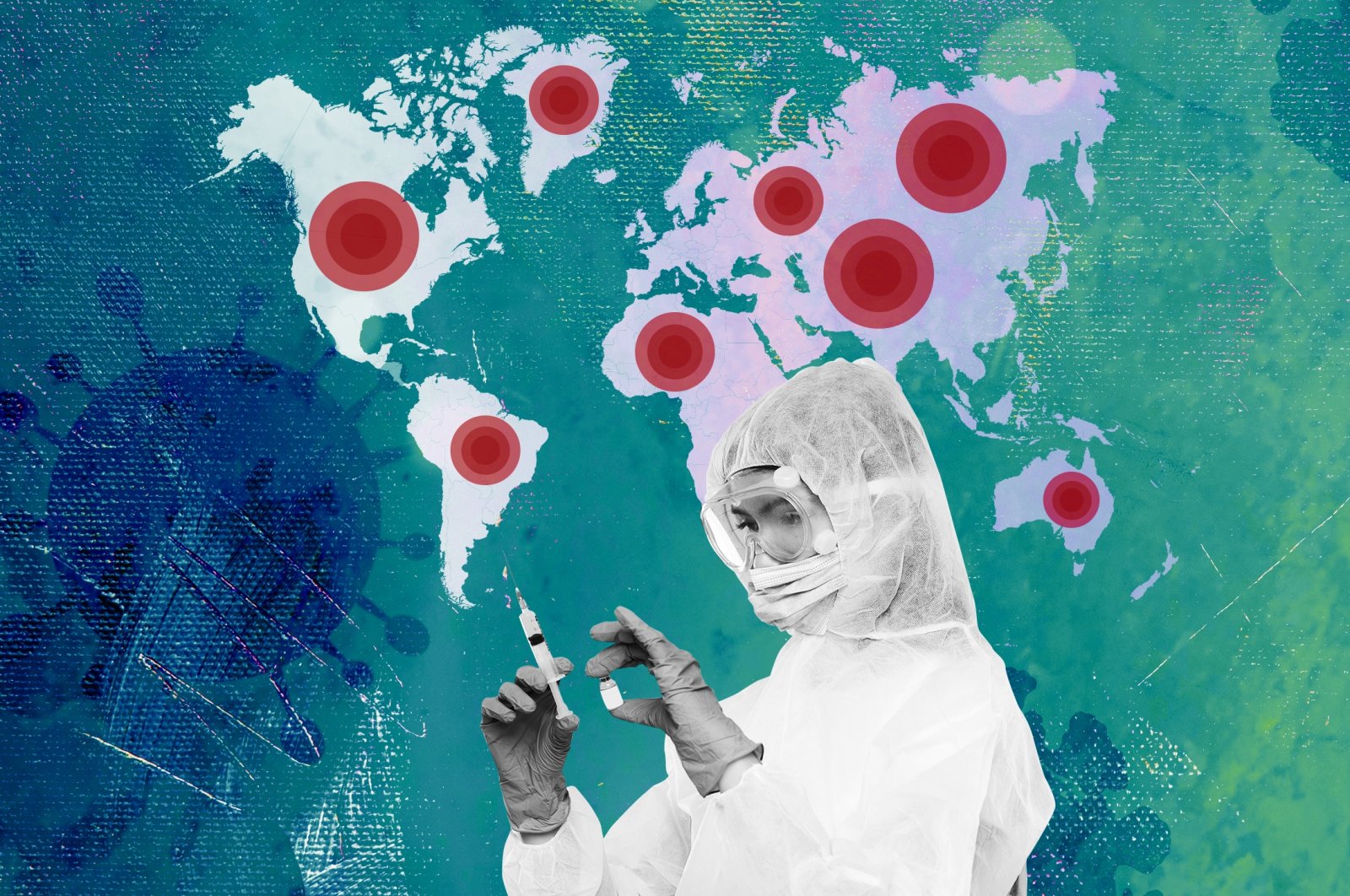 An illustration by Daily Sabah's Büşra Öztürk depicts the deadly spread of the coronavirus pandemic.
by Irfan Raja Sep 16, 2021 12:05 am
RECOMMENDED

The British press reporting on COVID-19 validates prominent sociologist and criminologist Stanley Cohen’s concept that he mentions in his book "Folk Devils and Moral Panics: The Creation of the Mods and Rockers." According to the concept, the reactions of media outlets have six stages: exaggeration, distortion, prediction, symbolization, reaction and warnings.

These stages are clearly visible in the COVID-19 reporting of British newspapers as the press rushed to publish stories that carry either distorted facts and figures or exaggeration of the events.

Cohen's theory states that panic is never spread by the media alone, it is, in fact, a team effort of five major groups in society that we know as the five “Ps” namely: press, politicians, police, pressure groups and public bodies. These groups function together and “unite behind a moral panic” as it gains "momentum.”

An in-depth review of the British press coverage of COVID-19 also testifies to the fact that a close liaison of these groups is dominant in the reporting as soundbites, views, statements, briefings and live speeches from these key players, or the "Ps," transform the news that reaches the audience.

Since the beginning of the COVID-19 crisis, sections of the British press have a “bad guy” in mind, probably because former U.S. President Donald Trump branded COVID-19 as a “Chinese Virus” and “Kung flu.”

How reporting is influenced

Now let see how the British "Ps" influence coronavirus reporting. As soon as the “Black Lives Matter (BLM)" protests spread across Britain, a new “folk devil” appeared in the press – a protester, responsible for the spread of the virus. A few politicians, health officials, police officers and members of far-right groups issued statements that blamed the BLM protesters and British Muslims for the outbreak of the virus and overlooked social distancing measures imposed by the government.

Almost all newspapers have published scores of stories loaded with predictions, reactions and warnings. Even quality papers like The Guardian made predictions like: “UK coronavirus crisis to last until spring 2021 and could see 7.9m hospitalised.” In other articles, The Guardian reported that “‘A generation had died’: Italian province struggles to bury its coronavirus dead” and about a “temporary mortuary being built at Birmingham airport” that will keep up to 12,000 bodies. This is how credible media outlets are creating panic by using phrases like “A generation has died.” Has Italy really lost a whole generation in the past weeks because of coronavirus? Where is the evidence? The next step is to compare it with coronavirus and then read this Bloomberg’s report: “99% of those who died from a virus had other illness, Italy says.” Similarly, The Independent in one report carries warnings by government officials that if Brits do not follow their instructions they will face “Italian style-lockdown” and tough legislation including police detentions and heavy fines.

Most reporting by British newspapers reflects that all efforts are being made in the best interest of the public, as they had done previously when reporting on the 2005 London bombings – often referred to as 7/7 – and subsequent terrorist attacks. In other words, get ready for more restrictions.

For example, the Financial Times, the Independent, the Times and the Daily Telegraph published a series of news reports, opinion pieces, comments, features and editorials that demonstrate Cohen’s concept. Cohen argues that the press publishes exaggerated stories and misrepresents the facts and figures, leading to panic, which then pushes the government into proposing new laws and imposing restrictions and fines. The evidence shows that despite community- and solution-oriented reporting that enhances awareness of the coronavirus, the press also creates panic through scaremongering and misleading reporting.

The tabloid press has caused more panic rather than calming the tense situation, generating headlines, words, phrases, soundbites, views and political language that are all carefully designed with an aim to ensure public control will be exercised again in the future. Once the virus has passed or is in another stage, people will be mentally ready to voluntarily go into isolation because of the fear that has been injected into their minds about the potential harms of the virus. In the long run, it will be the fear, not the virus, that kills people because fear limits human resistance and causes stress, which weakens the immune system. Now, for instance, let’s look at a few headlines: Daily Mail, “How deadly dangerous IS virus? You’re most likely to die if you are a man...”; “Almost two-thirds of critically ill coronavirus patients are overweight and 37% are under 60”; “Think only old people can die from coronavirus? Think again” and “The sky is falling...”; “life will forever look different” are just a few illustrations of reporting that perfectly fit into Cohen’s description.

Perhaps the Daily Mail is preparing us to get ready to die. Is it not scaremongering? Almost all of the tabloids have adopted a similar approach that is designed to create panic in the general public. Most tabloids allocate plenty of space to show how celebrities have been affected by the coronavirus. So why is tabloid news so frightening? Does it help?

The tabloid press – mainly the Mail, Mirror, Express, and Sun – have published images of mask-wearing people, the elderly, panicked shoppers, empty aisles, hospitalized patients hooked up to IVs and generally pessimistic news. The Daily Mirror warned of being arrested and writes, “Coronavirus emergency laws in full- shutdowns and £1000 fines for refusing a test.” The Daily Express says, “Coronavirus panic: Asia braced for huge SECOND WAVE of infections ‘Greater than tsunami’” and published several stories criticizing China as the source of the coronavirus.

Overall, the press reporting displays the usage of fearmongering language, historic references and political statements, for example, “Spanish Flu and the First World War when a second wave proved deadlier than first.” Other British newspapers now warn that successive waves of the pandemic would be more severe and life-threatening. The language being used by the press, with words like war, combat, fight, victims and the killer viruses, are nothing but tools to create fear and panic. At a time when the deadly virus is haunting our lives and creating enough fear on its own to occupy our minds, the media should adhere to ethical and logical codes in what it chooses to publish.