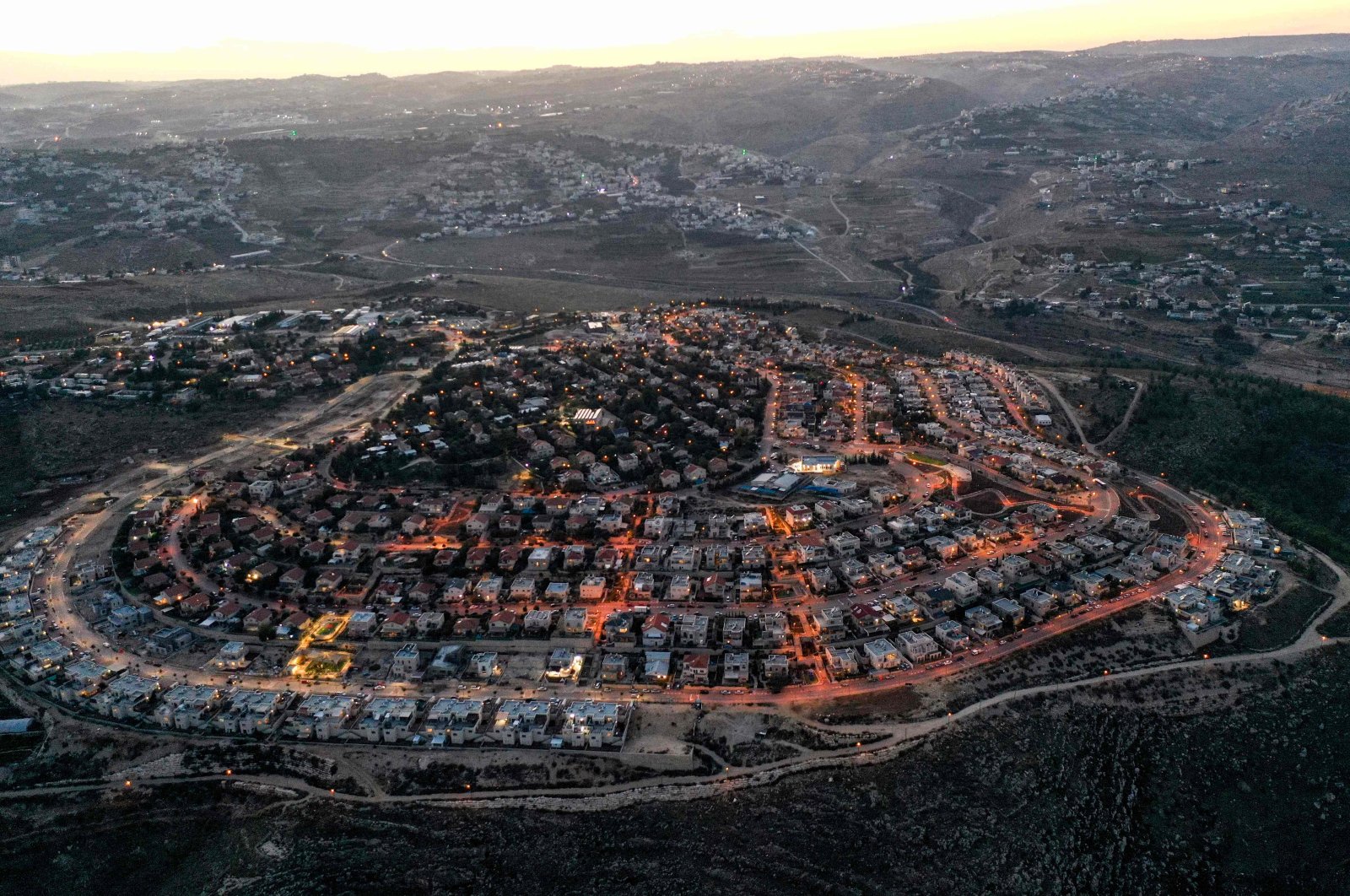 As part of an attempt to establish as many facts on the ground as possible before U.S. President-elect Joe Biden enters the Oval Office, Israeli Prime Minister Benjamin Netanyahu is seeking to take advantage of the final days of the settlement-friendly Trump administration and push through a flurry of last-minute construction projects beyond the Green Line (pre-1967 borders) in Jerusalem.

Fearing the possibility the United States will make a decision to freeze settlements, the Jerusalem Municipality and Israel Land Authority are in a hurry to promote construction beyond the Green Line especially in Givat HaMatos Ramat Shlomo, Har Homa and Atarot.

The Israeli Ministry of Housing and the Land Authority this month opened the tender for the construction of 1,257 housing units to be built in Givat HaMatos settlement in East Jerusalem, which was occupied by Israel during the 1967 Middle East war.

The final day for submitting the proposals is Jan. 18, 2021, two days before Biden is slated to be sworn into office.

The Peace Now nongovernmental organization (NGO) stated that “construction in Givat HaMatos will severely hamper the prospect of a two-state solution because it will ultimately block the possibility of territorial contiguity between East Jerusalem and Bethlehem – the main Palestinian metropolitan area – and will prevent Palestinian Beit Safafa from connecting with a future Palestinian state.”

In addition, the Israeli authorities approved the construction of 108 housing units in the Ramat Shlomo settlement in East Jerusalem, a section located beyond the pre-1967 line.

Both moves have come in the aftermath of Biden’s victory that Israel anticipates will herald a significant policy change with respect to Jewish building both in East Jerusalem and in the West Bank.

Early this month, Ir Amim and Peace Now NGOs expressed concern about the pending Israeli moves to develop areas of East Jerusalem in the last weeks of Donald Trump's presidency.

Peace Now noted that Ramat Shlomo, in particular, was historically sensitive for Netanyahu and Biden.

It recalled that in 2010 plans were deposited for 1,600 new homes in Ramat Shlomo during a visit to Israel by Biden, who was then the U.S. vice president.

Biden was caught off guard when authorities announced plans to build hundreds of new homes in the sprawling Jewish settlement in East Jerusalem.

The incident embarrassed Biden and sparked a diplomatic rift with the Obama administration that never quite healed. Yet despite Biden's opposition to the project, a decade later Ramat Shlomo has ballooned.

Now, less than a week since Biden’s electoral victory, Israel has worked to shore up the same neighborhood.

According to daily Haaretz, the Israeli government plans to approve thousands of settlement units in East Jerusalem in a preemptive move before the inauguration of Biden on Jan. 20.

Among the number of diplomatic gifts Trump has delivered to Netanyahu, in a break from his Republican and Democratic predecessors, Trump has taken a much softer line toward the Israeli settlements with his administration last year declaring that it did not consider the settlements to be illegal under international law.

In November 2019, U.S. Secretary of State Mike Pompeo announced that the U.S. will no longer view Israeli settlements in the West Bank, East Jerusalem and Golan Heights as inconsistent with international law. Returning to the position of former U.S. President Ronald Reagan’s formulation in 1981 that settlements were “not illegal,” although, in this respect, Pompeo failed to point out that Reagan demanded an immediate freeze of all Israeli settlements.

This change in Trump’s position is contrary to U.N. Security Council (UNSC) Resolution 2334, which the U.S. under former President Barack Obama allowed to pass, and states that settlement activity constitutes a “flagrant violation” of international law and has “no legal validity.”

Trump does the exact opposite, with the U.S. providing unconditional support to Israel as it flagrantly violates international law, feeding the country's sense of impunity in committing grave human rights violations.

Besides, his so-called peace plan envisioned placing parts of the occupied West Bank, including all of the settlements, under permanent Israeli control.

Under Trump, the settler movement has had unprecedented access to the U.S. government, including the White House.

In addition, Trump appointed an openly pro-settler ambassador to Israel, David Friedman, a long-time donor to hardline settlements and an outspoken supporter of West Bank annexation.

The signed protocol amended agreements that formed the basis for bilateral scientific cooperation and which since their establishment in the 1970s, the Binational Science Foundation (BSF), the Binational Industrial Research and Development Foundation (BIRD) and the Binational Agricultural Research and Development Foundation (BARD) limited their cooperation to Israel’s pre-1967 borders stating that “cooperative projects sponsored by the Foundation may not be conducted in geographic areas which came under the Israeli administration after June 5, 1967, and may not relate to subjects primarily pertinent to such areas.”

Trump’s presidency has recklessly sacrificed the U.S.’s ability to claim to be an honest broker of peace, instead making it seem that much more unattainable.

The latest decision to extend work to the occupied territories will empower the settlers’ leaders, encouraging their further expansion and unilateral annexation of large parts of the West Bank while Trump is still there to provide the green light, having abandoned the facade of neutrality and rubber-stamping the Israeli government’s agenda.

Meanwhile subjecting the Palestinian people to further levels of despair, who after more than half a century still do not enjoy basic civil or political rights in an independent Palestinian state.

Any clues on new era?

Previous U.S. administrations viewed settlements as illegitimate and obstacles to peace. Obama took an even harsher stance and repeatedly clashed with Netanyahu over new construction. Weeks before leaving office, Obama allowed the UNSC to pass a resolution declaring the settlements illegal.

Biden is not expected to follow in Trump’s footsteps in the region and to support the two-state solution.

Although he has said he will not move the embassy back to Tel Aviv, he is expected to reopen the U.S. Consulate in Jerusalem that managed relations with the Palestinians and restore hundreds of millions of dollars of aid to the Palestinians that Trump cut off.

Palestinian official Hanan Ashrawi called on the incoming administration not to return to “mistakes of the past” and said the traditional U.S. condemnations of settlement expansion would not be enough.

The Palestinians, with wide international backing, seek all of the West Bank and East Jerusalem, captured by Israel in 1967, as parts of a future independent state.

With nearly 500,000 settlers now living in the West Bank, and over 220,000 more in East Jerusalem, the Palestinians say the chances of establishing their state are gradually diminishing.

The Israeli settlements are in violation of Article 49 of the Fourth Geneva Convention which states: “The Occupying Power shall not deport or transfer parts of its own civilian population into the territory it occupies.” It also prohibits the “individual or mass forcible transfers, as well as deportations of protected persons from occupied territory.”

The extensive appropriation of land and the appropriation and destruction of property required to build and expand settlements also breach other rules of international humanitarian law.

Palestinians hope that Biden reprises the Obama administration’s policy on settlements taking a tough line against their expansion, besides focusing on the Palestinian question in the region.