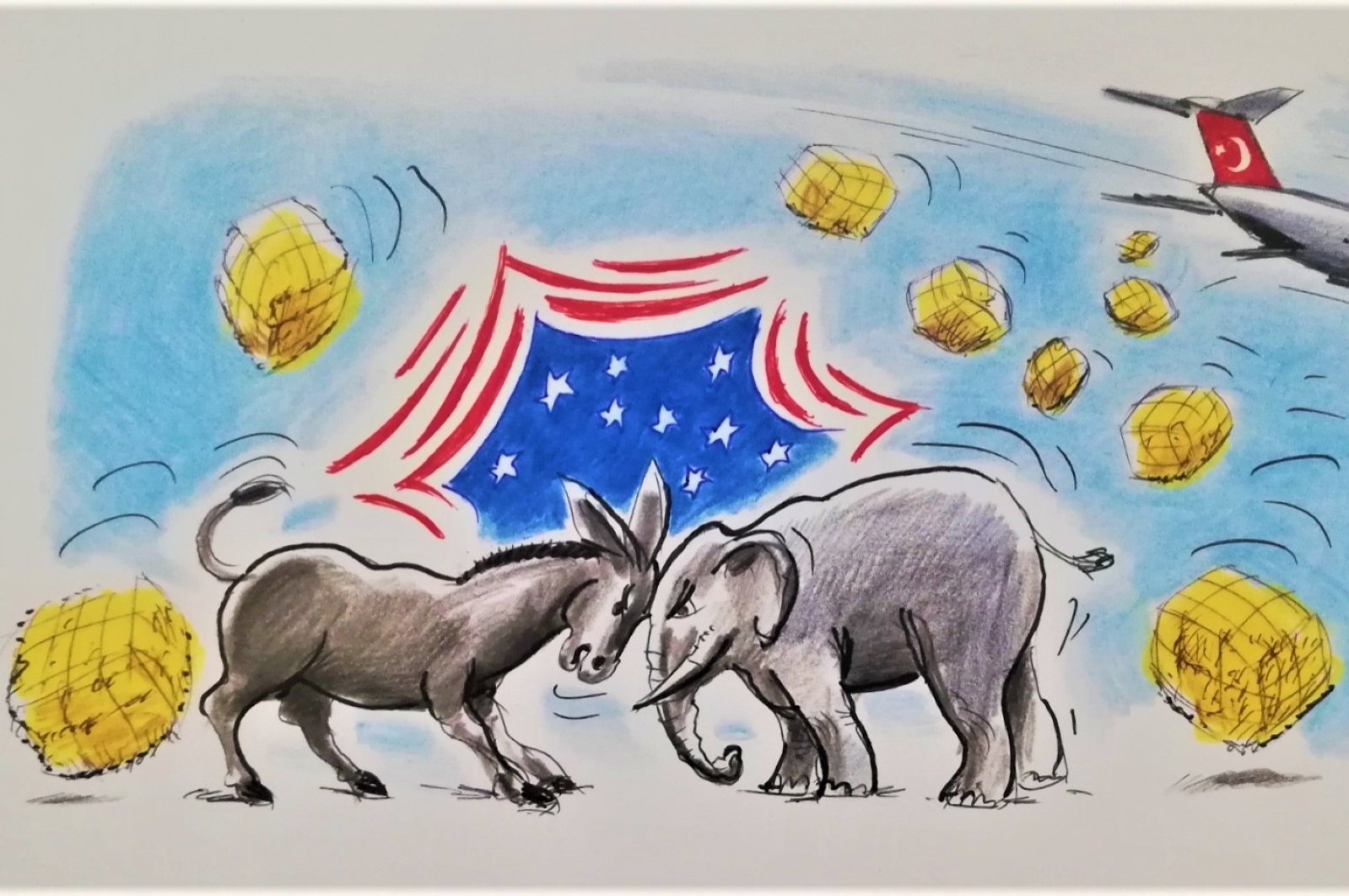 As the U.S. presidential election on Nov. 3 approaches, arguments between U.S. President Donald Trump and Democratic presidential candidate and former Vice President Joe Biden have reached a climax. As we all know, Biden is leading in all polls. Many people and institutions even say that it is already over for Trump, and Biden will win, yet I think it is better to be wary, as Nov. 3 is a long way off.

One of the most common questions is: “What is Biden’s foreign policy going to be?” It is better not to have high expectations, as Biden is expected to adopt a policy in line with former U.S. President Barack Obama’s foreign policy. Biden, who was the vice president during Obama’s presidency, played a pioneering role in Afghanistan, Iraq and Ukraine. Let us remind you that he was a longtime member of the Foreign Relations Committee when he was a senator from 1973 to 2009. Biden has an extensive foreign policy background.

During his speech at a university in New York in 2019, Biden said: “In my opinion, foreign policy is domestic policy, and domestic policy is foreign policy. They are deeply connected.” He added that U.S. security was directly dependent on having “the strongest possible network of partners and allies working with one another.”

Let’s take a look at Biden’s possible foreign policy. When we look at his Asia policy, the first thing that comes to mind is China. Characterizing Trump’s tariffs against China as self-determined and irregular, he is expected to take a more globalist approach, lowering the tariff on some products and imposing sanctions according to international trade rules. Criticizing the treaty of commerce in January, he stressed that China is the top winner. He is expected to invigorate the naval assets of the U.S. in the Asia Pacific and establish closer ties with Indonesia, Japan, South Korea and Australia. He says he will fight against China’s persecution of 1 million Muslims in China and that Washington thinks the United Nations Security Council (UNSC) will condemn China. North Korea is also another issue in the region, and Biden says diplomatic relations should continue and North Korea must cease with its use of nuclear weapons, adding that he will not meet North Korean leader Kim Jong Un in person.

The Middle East is one of the top foreign policy agendas for the U.S. The U.S.-Israel relationship in particular is the most important item when we talk about issues in the Middle East. Biden, who describes himself as a Zionist, says he will continue to have good relations with Israel but believes in the two-state solution for the Israeli-Palestinian issue. He has said he would appreciate it if the U.S. embassy remains in Jerusalem. He states that he opposes the idea of Israel unfairly expanding to residential areas of Palestine and that he is open to financial support for Palestine, which Trump has cut off.

Regarding Iran, he sides with the return to the nuclear deal – that is to say, he adopts a soft policy on Iran, but he is also against the manufacturing of nuclear weapons there. Moreover, he states that the murder of Iranian Gen. Qassem Soleimani has triggered the tension with Iran in a cruel manner. Regarding the Syria issue, he thinks that the YPG/PKK terrorist group should be supported and that it is wrong for the U.S. to withdraw its troops from Syria, as it only advances the humanitarian crisis and the potential gains of Daesh terrorists.

Biden does not have warm feelings when it comes to Saudi Arabia. Saudi Arabia is held responsible for the murder of Saudi dissident and journalist Jamal Khashoggi and for the civil war in Yemen; hence, Biden has had a distant relationship with the Saudis since 2014.

Biden, who is of Irish origin, wants to establish closer relations with some countries, and especially with France. He also sides with the return of the Transatlantic Trade and Investment Partnership (TTIP) as a partnership in 5G against China. Greeks have full support for Biden, and he is well aware of the demands of the Greeks and answers to their problems.

When it comes to Russia, he has stated that Putin is attacking Western democracy and trying to weaken NATO. Biden sides with establishing a special investigation commission on Russia’s attack on U.S. democracy and putting more pressure on Russia with the support of NATO and the European Union. Ukraine also sides with boosting military aid against Russia.

Biden's views on Turkey include:

– He is against storing nuclear weapons at the İncirlik Air Base.

– He is against Turkey’s military operations in Syria and stated that YPG/PKK was betrayed by the U.S.

– He made statements relating to concerns about freedom of the press and human rights in Turkey.

– He emphasizes that, in collaboration with its allies in the Eastern Mediterranean, Turkey must be isolated.

– He sides with Turkey’s withdrawal of Russian S-400 missiles; otherwise, he demands sanctions.

– He has not made any statements about the Gülenist Terror Group (FETÖ) or the extradition of its members to Turkey, and nothing was done on the issue during his vice presidency.

– He criticized the decision to turn Hagia Sophia into a mosque.

– He said that he would recognize the so-called Armenian genocide.

Biden, in an interview with The New York Times in January, clearly expressed that the U.S. should interfere in Turkey’s domestic policy and should support these efforts by taking a certain side, as Washington was involved in such activities in the past.

Biden has made two apologies to Turkey so far. He described Turkey as the most problematic country in the Middle East in a speech at Harvard University in October 2014. After witnessing the reactions to his speech, he called President Recep Tayyip Erdoğan to apologize. The second apology took place on his last visit after the 2016 failed coup attempt. Barack Obama was one of the first people Erdoğan called after the attack, and the American president had said, "The American people stand by you." But Biden wanted to apologize for not coming soon enough following the failed coup attempt, saying: “But I do want to apologize. I wish I could have been here earlier.”

Apart from this, he is expected to take steps such as lifting the ban on immigrants from Muslim countries, improving relations with the World Health Organization (WHO), stopping the efforts to withdraw from the Paris Climate Agreement, and rejoining UNESCO and the United Nations Human Rights Commission.

As I always say, whoever becomes the president of the U.S. should not break ties with Ankara due to Turkey’s NATO membership and strategic position. Ankara will continue to discuss and solve problems through diplomacy.

If Trump wins the election again, relations between Turkey and the U.S. will remain pretty much the same. If Biden wins, yes, it still will not be an easy relationship, and some new problems will be added to the current issues, but the ties will not break completely.

Let’s remember what famous American statesman Dean Gooderham Acheson said: “Effective leaders don’t just look after their own interests; they also care for the interests of their allies genuinely.”

Whoever wins the elections in November, the international reputation of the U.S. will continue to deteriorate if they do not relearn how to care for the general interest in their relations, not only with Turkey but also with other allies.