Johnson fires Cummings - Shakespeare could not have made it up 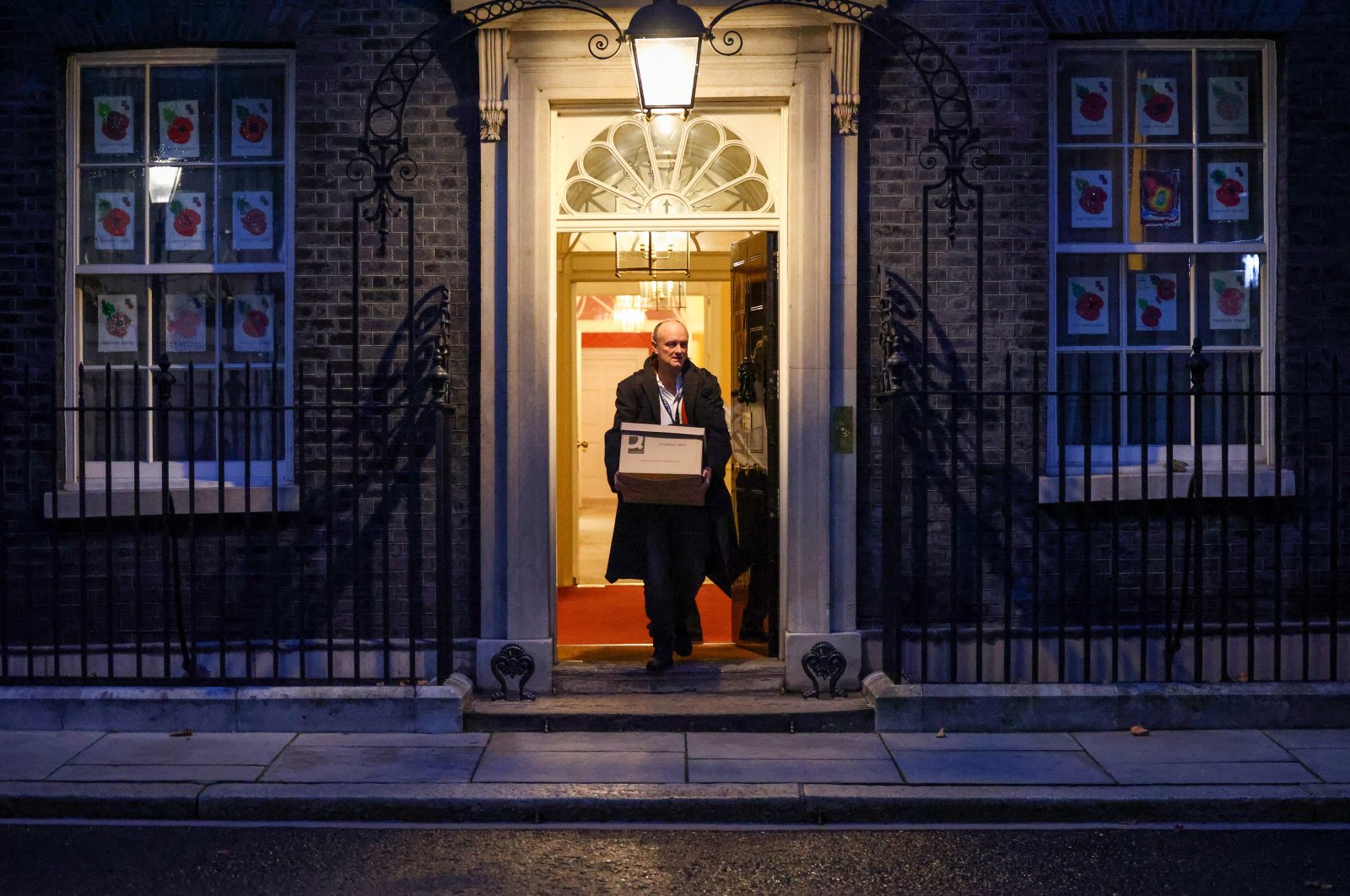 It is never a dull day in British politics, or at least that is what people say, yet there are moments in the United Kingdom when someone or something exceeds all expectations for drama and suspense.

The firing of U.K. Prime Minister Boris Johnson’s key advisor and spin doctor Dominic Cummings a few days ago by no one else than Johnson himself is most definitely one such event.

History will tell whether Cummings departure from Downing Street provided the material of just another Westminster soap opera or was a major milestone completely rewriting the direction post-war Britain was headed.

As in every good play, there are of course various possible interpretations; let us not forget that students of the English language, especially those specializing in the literature branch, spend many months, if not years, trying to decipher coded messages found in classic novels or dramas. With regards to Cummings farewell from the top-level government, it is not any different.

The Guardian newspaper reported on Nov. 15 that another major broadsheet, the Financial Times, had published a story in which they claim that Johnson had accused Cummings and Lee Cain, another former advisor, yet with much less power who was fired the very same moment, to have conspired behind his back against both the Prime Minister and his fiancee Carrie Symonds.

Johnson was mentioned as having said Cummings and Cain destabilize the government. Apparently, the prime minister told them to get out and never come back again. At least, that is how version 1 of the event goes.

In the same analysis, the Guardian then quotes from the Sunday Times claiming the last meeting at Number 10 was warm with lots of laughter. It even tells its readers that Johnson allegedly told Cummings and Cain to get "the gang back together" with a view to fight the next general elections.

Then the rumor mills began spinning: did Cummings and Cain complain about Johnson’s partner suggesting she would call Johnson twenty times a day? Was it true that Cummings and Cain could not reach the Prime Minister as and when required and relied on Cabinet Office Minister Michael Gove’s insight instead? Did Johnson then retaliate and fire the pair per response? Or could it be correct to assume that at least Cummings, perhaps Cain, too, had intended to leave their positions around Christmas time anyway? By the time I put pen to paper for this opinion page contribution, speculation was still rife amongst observers of British politics about whether or not it had been a storm brewing for quite some time or whether it had been ad hoc decisions.

Before discussing the impacts that Cummings' departure will have for present and future British policies and politics and in particular, with regards to seeing through Brexit and managing the economic fallout from the coronavirus crisis, it is more than appropriate to pay respect to the man himself as after all he had set out to radically transform the United Kingdom.

Ten months ago he was actually heralded as a hero and quoting from the Financial Times back on Jan. 17, 2020, a headline in the Weekend magazine said "How Dominic Cummings plans to reinvent politics." He was portrayed as a casual, including being dressed casually, modern, rather amicable type, basically the man from next door with whom you would share a drink with at your local public house.

To his credit one must of course add Brexit, or shall we rather say the campaign that led to the referendum and the Vote Leave movement. When Johnson took over Number 10 it did not come as a surprise that Cummings would join Johnson’s inner circle. Perhaps one was astonished about the enormous influence he enjoyed from day one as a non-elected (and non-ministerial) official who in principle became the prime minister’s right hand but in any case, Cummings had taken center stage (pun intended as we stay in the Shakespearean picture).

Had he become too powerful? Had he made too many high-level enemies? Did he after all understand how to run a successful campaign but had not enough insight into how government works? Or had he perhaps decided long ago that his stint at Number 10 was just another chapter in his career motivated life?

Whatever one's thoughts are, one thing is crystal clear: British politics after Cummings will never be the same.

Johnson is now faced with a dilemma: hardline Brexiteer’s will begin to wonder whether the government could give in to the many demands from the side of Brussels in the final six weeks of negotiations as "Mr. Brexit" is no longer around. Should Johnson pick up from where Cummings left off and present himself as the unwavering defender of British interests and British interests only?

Or, alternatively, could he take a deep political breath and push for a nationwide realignment and turn his role as prime minister into a much more inclusive, statesmanlike manner so as to prepare for a legacy of delivering Brexit ajd at the same time the prime minister who reunited a highly polarized nation?

With Brexit on the agenda alone he might pull it off yet there is something else on everyone’s mind and perhaps even more so: the COVID-19 pandemic and criticism toward the government and how it has handled the crisis.

In this context, Johnson is not the only leader facing criticism; the same can be said for other European and overseas nations as citizens and businesses alike tend to question the usefulness of more and more lockdowns. Even Johnson’s own Conservative party has by now a sizeable number of anti-lockdown voices probably resulting in the fact that the current shut-down ending on Dec. 2, 2020, should indeed be the last one ever.

Without a spin doctor (or two) by his side, Johnson will have to rely much more on his very own party members and government colleagues for advice and for coordinating policies. This in turn could be a rather healthy development.

Looking at the polls, the Tories are at present trailing the opposition Labour party. At times of managing governments according to opinion poll figures Johnson might feel tempted to re-create his own policy-making skills and take on board some of the issues the opposition pushed whilst not alienating too many of his own members of parliament. A backbench revolution paired with overseeing Brexit and fighting off a pandemic is most definitely the last thing the prime minister could wish for.

To end this short summary of events in and around Downing Street Number 10 let us return to William Shakespeare. Not normally quoted in the political arena, he nevertheless gifted the world with many fabulous plays and two in particular spring to mind: All’s well that ends well, plus Much Ado about Nothing.

Cummings brought a new style to the British government, yet as we have witnessed a rather short-lived version of it. What most observers would probably agree on is that too much spin leads to spinning out of control.

British politics will return to a more traditional style once again. Whether that is a positive development or whether Cummings' approach to completely rewriting the procedures of how the government is managed remains to be seen!

And let us not overlook one other possibility: maybe he will return to center stage one day soon; as it is never a dull day in British politics indeed.