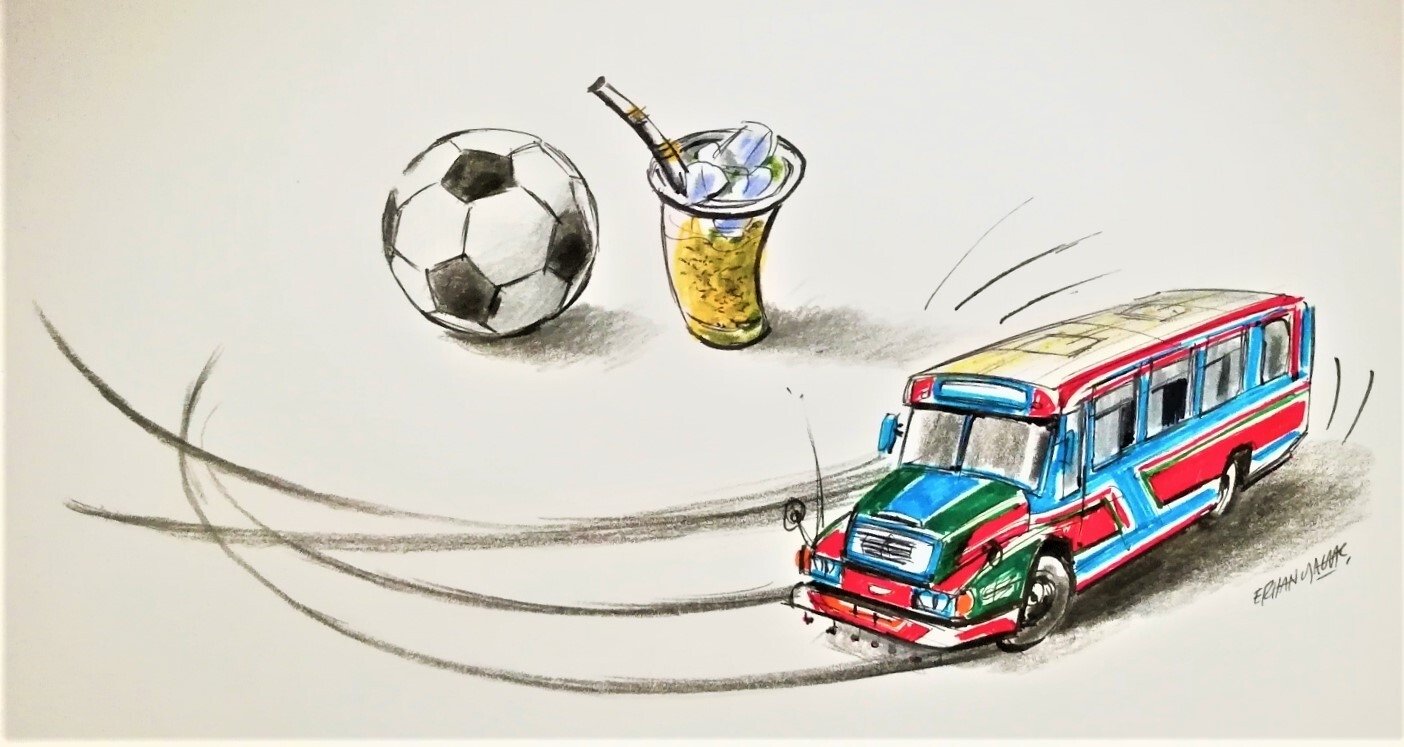 Paraguay was selected as the happiest country in the world in 2019, despite being an unindustrialized country. Behind this happiness lies a solid relationship with nature and a peaceful life unaffected by racism

If there’s a question that every person in the world is curious about, it must be, “How can we be happy?”

Most people think happiness is directly related to the conditions we live in. In fact, research is being conducted linking happiness levels to gross domestic product (GDP) per capita, life expectancy, social support, trust and corruption.

The global analytics and advice firm Gallup puts together a report about happiness every year, and there is a black swan in the 2019 list: Paraguay.

Paraguay is one of the happiest countries in the world. According to the results, 85% of Paraguayans experience positive feelings, learn something new, feel valued and laugh every day.

This beautiful land is a 400,000 square kilometer (154,440 square mile) living proof of the saying: Happiness is nothing but a state of mind.

The country lost almost 90% of the male population and 25% of its land in the war against its closest neighbors and then suffered under the reign of a military dictator for many years.

The GDP per capita is considerably low, less than $5,000 a year according to the data obtained from the World Bank. The country is also dealing with a lot of infrastructural problems.

On the other hand, unlike its Latin American neighbors, Paraguay has crime or unemployment rates similar to European countries like Sweden or France.

What is their secret?

The country can be considered not as an industrial but an agricultural country, with half of the population economically dependent on farming or ranching. Almost all their export products are agricultural.

Unlike Icelanders trying to make a living out of frigid landscapes and limited vegetation that barely survives long winters, Paraguay has a very pleasant subtropical climate, vast lands suitable for farming and the largest freshwater sources in the world.

Research shows that people who live in mountain regions with irregular climates tend to have a temper. Paraguayans are the opposite since the highest peak in the country is a few hundred meters high and there are not many mountains.

In a country reliant on agriculture, having the best conditions to cultivate food is a blessing, especially considering that the possible future of the world is going to be full of struggles for food and fresh water sources. Paraguay may end up one of the new superpowers of the mid-term future.

Transportation is a place for improvement. There is no functional railroad connecting the country’s 400,000 square kilometers of area, the transportation system and roads are relatively modest and the air fleet consists of less than 10 aircraft. The country lacks large roads that are considered a sign of development.

More than 80% of the roads are inadequate for transportation. For example, it takes 60% more time to get to anywhere in the country compared to highway traffic flow in a developed country – even though Paraguay has neither highways nor very much traffic!

What they have is happy people instead, an education system free of charge and relatively light taxes. There are various studies showing that stress levels increase in urban settings and that, on the contrary, living closer to nature provides a better quality of life, which is the case for most Paraguayans.

No racism, no gender issues

Although the country lives in very pleasant geographical conditions, their happiness comes from the beauty of simplicity blended with racial equality and egalitarianism.

Paraguay is an agricultural country, but unlike lots of other “nonindustrial” countries, it has not suffered from colonialism enough to create the different socioeconomic layers in society that result in institutionalized racism.

There have been issues of women's rights or gender equality, but the country has made a lot of progress since 1990 and now 76% of women are part of the workforce and the literacy rate for women is almost the same as men at 93%. The country has strong women who are workers, mothers, farmers and caretakers at the same time.

Unlike other countries in Latin America, Paraguay overcame racism in the 1840s with the crushing policies of supreme leader Jose Gaspar Rodriguez de Francia, who made it illegal for European men to marry Europeans in order to mix the races and gain the support of Indigenous people. Now more than 95% of the population is mixed and racism is not institutionally applied in the country.

There are more than 8 million acres (3.2 million hectares) appropriate for crop production in a country that has a population of 7 million.

Paraguay does not have a reputation of building the best relations with its neighbors. The country had one of the most devastating wars in human history waged against them.

The capital, Asuncion, is more than 1,000 kilometers (621 miles) from the nearest ocean that would connect it to the rest of the world and none of the borders are connected with any of the major trade or industrial centers of Latin America.

To sum it up, isolating policies repeatedly conducted by successive governments, distance from big markets or international routes, the inability to be a demanding market itself in addition to its own lack of logistic infrastructure made Paraguay a lonely country in the middle of the continent.

But the Paraguayan people saw a silver lining in being lonely and remained an agricultural country instead of serving as a raw material supplier for the U.S. or any other major global economy.

The world is facing a climate crisis that grows more dire day by day and has led all developing and developed countries to invest in agriculture policies because climate change is already causing a food crisis.

In all the developing Latin American countries, the urban population has been increasing around 5%-7% every year without fail. People have been abandoning their lands and moving to major cities in order to work in service or real sector industries.

Their economies have become more dependent on imported agricultural products. Cars or computers might be the most in-demand products until now but food is going to steal that crown in the next decade.

Industrial countries have therefore been trying to encourage more people to return to their hometowns and produce more food. Countries decrease taxes, try to compensate losses or support farmers with payments in order to reduce national dependency on imported food.

Paraguay already has all the infrastructure to produce food and, in recent years, they have been using modern techniques and investing their resources in agriculture instead of channeling them into real sector industries.

The country has already lost the race of industrialization without even really participating, but they have a prime position in a fiercer race: The struggle for food.

Paraguay say “NO” with capital letters to the idea that “Modern is better.” Paraguayans consistently show the rest of the world how to be happy with a life more connected with nature, having good relations with family and friends, growing one's own food and maintaining a simple life, all of which will hopefully lead them to prosper.

A country can make its people happy by giving them free essential services such as health care and education instead of making them a part of the modern consumerist world.