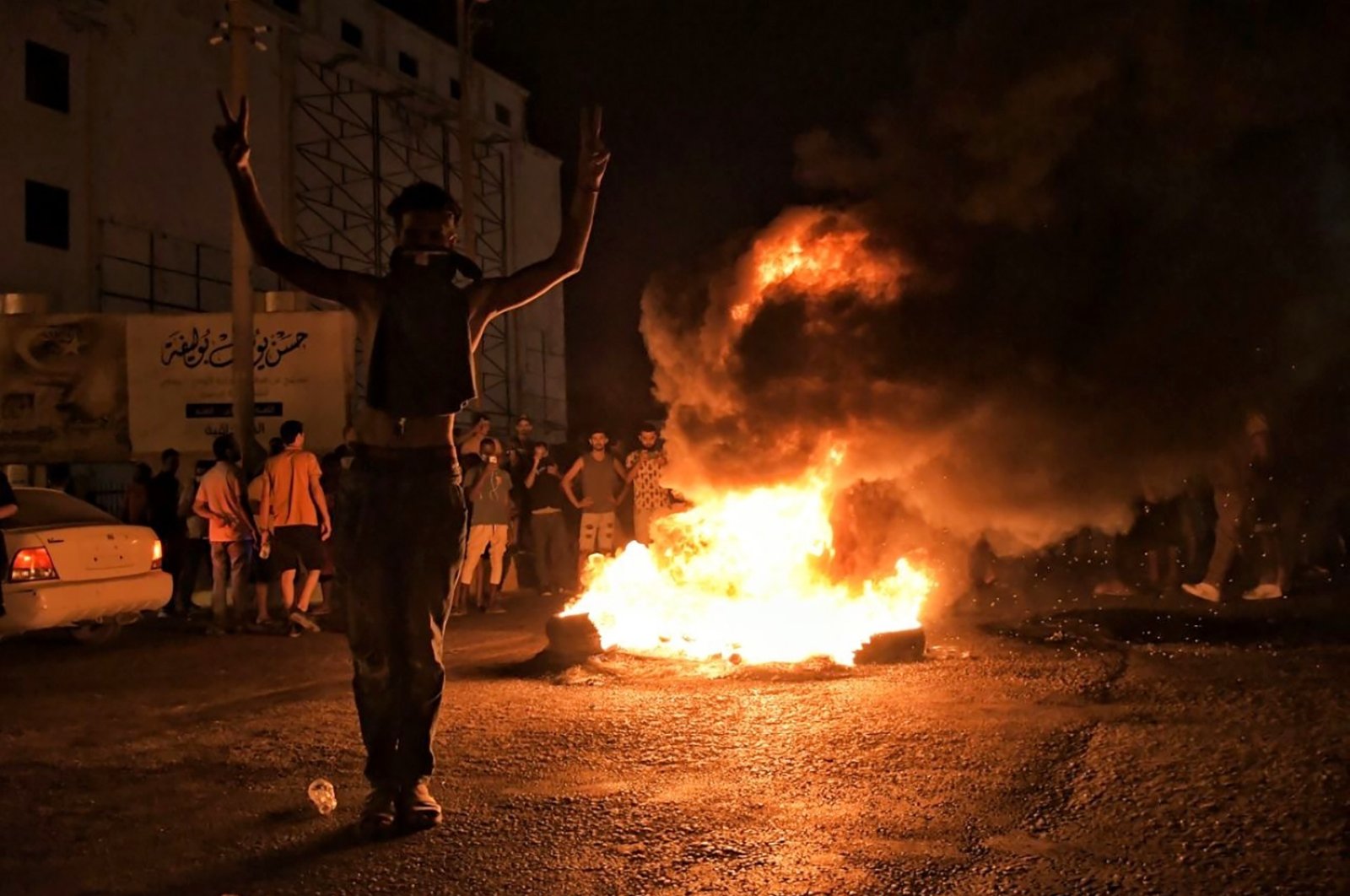 While major powers are strategically fighting for Mediterranean leadership, the counterrevolution cells are taking the opportunity to shake the GNA

Libya currently has a tricky political landscape due to the recent cease-fire announcement. The cease-fire call, announced by head of the U.N.-recognized Government of National Accord (GNA) Fayez Sarraj opened doors to both parliamentary and presidential elections in March. Though the cease-fire announcement was welcomed by some local and external actors, the political cells that had seemingly vanished took the opportunity and brought out their hidden agendas and future political plans.

What happened in Tripoli was quite expected. The intense conflict between local enemies, backed by external powers, would have never ended up as peacefully as the media portrayed. On top of geographic diversity and ethnic differences that separated the east and the west, the political divergence created a bloody divide between the GNA and the western wing of Tobruk with warlord Gen. Khalifa Haftar forces.

Even though the Libyan dilemma is due to external influence, the current turmoil in Tripoli is far from being an explicit dispute between external powers. Libya has been strategically important for world powers, but the coronavirus pandemic has curbed the offensive policies of these powers since their energies are being consumed back home in combating COVID-19.

This means that in any circumstances, external powers never take the risk of fighting one another on the ground. In other words, even if the GNA collapses to external involvements, there is unlikely to be a face-off between Russia backed by China against the United States alongside the European Union. So, how do we understand the Libyan protests and the move against the GNA?

In fact, the announcement of a cease-fire that stipulates the departure of foreign mercenaries will reduce the military presence of external players locally, if the Libyan political resolution does not work on external agendas at this critical time when there are potentially massive shifts taking place in the world order.

None of the major powers would take a risk in confronting its rivals unless it's strategically sound. Libya is strategically important since it presents a checkpoint against rivals and a military barrack for the one who holds it.

For instance, the U.S. wants to maintain a connection between its fleet in the Mediterranean and the Indian Ocean through the Suez Canal to guarantee the line of military supplies from European countries in case of war.

Again, this is not enough if the U.S. does not hedge the Russians and control all maritime lines. The U.S. overcame the Soviet Union during the Cold War because Washington succeeded in containing and besieging the Russians in the Black Sea.

Therefore, what happened in Libya could have two different explanations. The first explanation is that the U.S., with its EU allies, seeks to shake the GNA and potentially risk the Turkish partnership with the GNA.

In other words, Turkey plays in the Mediterranean vacuum left between the U.S. and Russia. This will weaken the Turks who will be forced to respond to U.S. demands to prevent the Russians from using the Bosporus. This explanation clearly matches the written manifesto of the Libyan interior minister because it accuses the GNA authorities, instead of calming down the protests and maintaining the government.

The second explanation is that the happenings in Tripoli could have been crafted by Russia since its agent Haftar is ignored. This is because, after the division, the western Libyan wing, the Tobruk parliament headed by Aguila Saleh fell under the Western powers while Russia became unrepresented with its wanted agent Haftar.

Due to this, the Russians could have returned through a different figure that would supersede Haftar. Many Libyans expect Saif al-Islam Gaddafi to be this figure. There has to be a period of transition though for the new figure to be adopted as a political resolution for Libya.

If this happens, the Russians would aim to align with the Turks against the U.S. in the Mediterranean and other spheres where both the states’ interests coincide.

Both scenarios don't need to involve either the Americans or the Russians. In fact, there could be a likely involvement of local actors that move from one bloc to another.

There could be actors with multiple alliances, whether these are regional or international but have influence in the region.

There are explanations that the Libyans want to oust Sarraj due to social and economic problems that the country experiences. Indeed, Libyans want a political resolution distant from external interference, and there has been an initiative taken by the GNA. But then, what would happen without the involvement of any external factors?