Looking at Abu Dhabi from Ankara: No love lost between Turkey and UAE 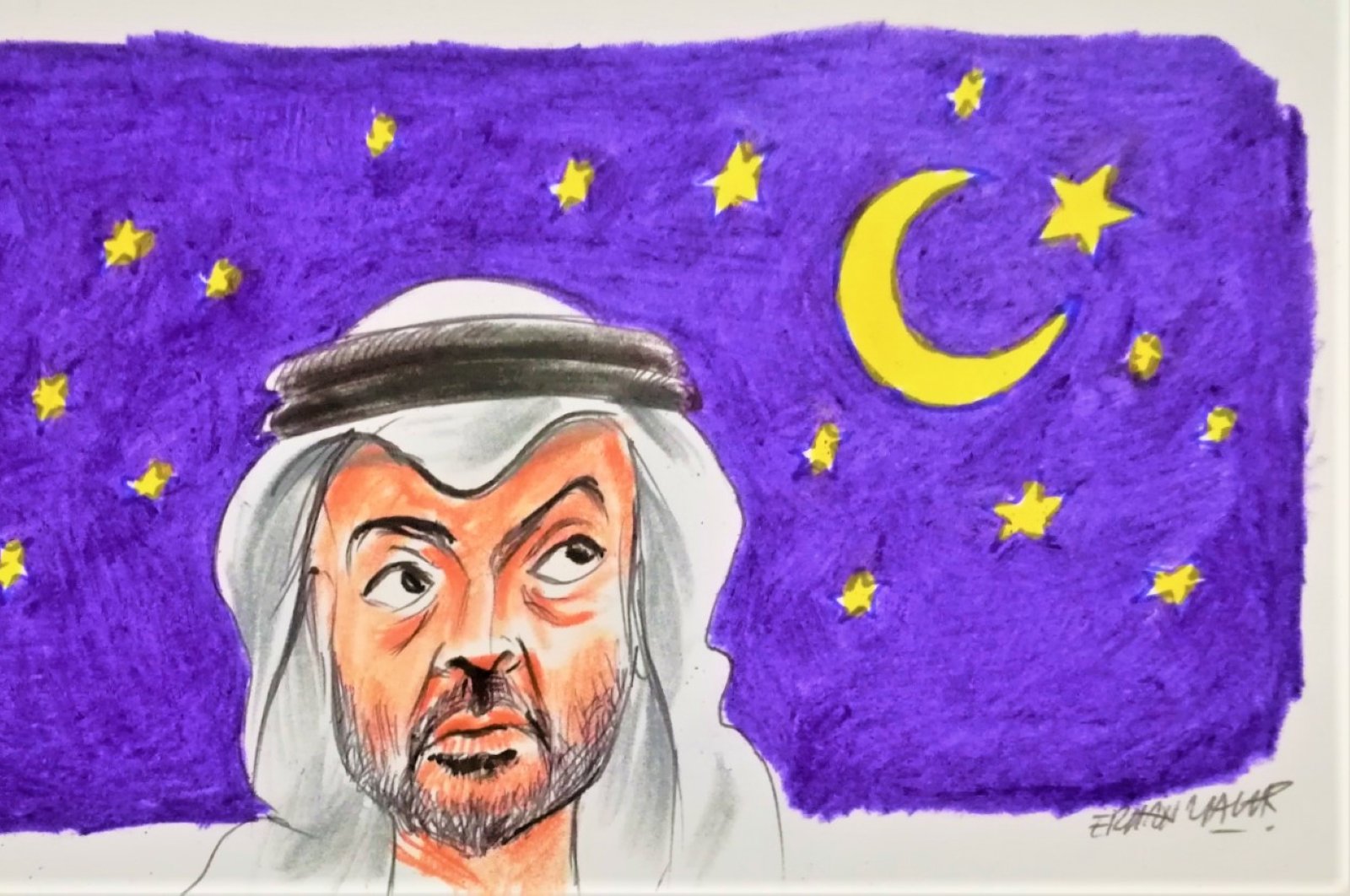 Turkey’s foreign policy does not suffer from a moral deficit like that of the UAE’s, whose officials hide behind Arab nationalism in their attempt to uphold the status quo

The United Arab Emirates (UAE) and Turkey are two of the most dynamic economies in the region, and therefore over the last two decades, both nations have developed a strong trade relationship, totaling nearly $8 billion in 2019.

Indeed, Turkish construction firms, realtors and service providers all have a strong presence in the UAE, while in turn the Emiratis have invested a considerable amount into Turkey’s burgeoning infrastructure developments with UAE nationals also seeking real estate investments in Turkey. This dynamism in economic relations had initially fostered strong political ties as well, yet the last several years have seen a downward spiral in relations between Abu Dhabi and Ankara.

Disagreements began over Turkey’s support for the popular movement of Mohammed Morsi in Egypt and the Emirati-Saudi bloc’s subsequent toppling of Morsi and the ushering in of the Abdel-Fattah el-Sissi regime.

The catalyst for the crisis in Turkish-Emirati relations, however, lies in the failed coup attempt of July 2016, where Turkish authorities – through several veiled statements –suggested that Abu Dhabi was complicit in the attempt to overthrow Turkey’s democratically elected government. This is emblematic of the UAE’s problematic, so-called, “activist” foreign policy, which has pitted the UAE against Turkey, with prospects of a rapprochement dim.

Today the UAE and Turkey are on opposing ends in every geopolitical conflict in the broader region. Most recent tensions are around Libya, where Turkey has continually supported the internationally recognized Government of National Accord (GNA), while the Emiratis, alongside a bloc comprised of Egypt and a meddlesome France, have thrown in their weight with putschist Gen. Khalifa Haftar, prolonging the cessation of hostilities in the North African nation and causing grave human suffering.

The Emiratis have also reached out to the regime of Bashar Assad in Damascus, a move that has been revealed to have been done against, in open antagonism toward Turkey, with the UAE hoping to limit Turkey’s influence in the Syrian conflict.

The UAE is also actively involved in the Balkans, often acquiring leverage in the region through mass public acquisitions of large assets, such as Serbia’s national airline. Though disagreements have not surfaced yet with Turkey, given the region’s proximity to Turkey, and Turkey’s vast cultural and political hinterland in the Balkan region, a crisis is surely in the making in that region as well.

The Emiratis are hoping to counteract Turkey in every instance, and hence they have reinforced their relations with Turkey’s traditional opponents in the region, Greece and the Greek Cypriot administration, with the aim of confining Turkey’s reach in the Eastern Mediterranean.

The UAE’s Minister of State for Foreign Affairs, Anwar bin Mohammed Gargash, recently joining a virtual discussion hosted by the Middle East Institute (MEI) in Washington, lashed out against Turkish diplomacy in the region and compared Turkey’s presence in the Arab world to that of Iran’s. This has been the major arguing point of Emirati officials recently, claiming that the Arab world cannot be ruled from Ankara or Tehran. There are two fallacies in this argument.

The most glaring one is that Iran’s presence in the region cannot be compared to that of Turkey’s. Iran is engaged in a sectarian foreign policy rationale, openly arming and supporting Shiite groups in the region, and fostering a policy of Shiite hegemony in the Levant, as well as being involved in the politics of Shiite populations in the Gulf.

Turkey, on the other hand, in the Middle Eastern arena set by a Shiite Iran and Sunni Saudi Bloc, has refrained from resorting to sectarianism, instead of engaging with the multiplicity of voices in the region. Turkey’s cautious yet constant engagement with Iran and opposition to Tehran’s interventionism in Iraq and Syria are merit to this argument.

Turkish policymakers have long been aware of the destruction that sectarianism has caused in the Islamic world. President Recep Tayyip Erdoğan on many occasions has made remarks on this, for instance in the case of the Popular Mobilization Forces (PMF - Hashd al-Shaabi) militants in Iraq being propped under the pretext of combatting Daesh.

The second fallacy in Gargash’s argument is the conception of an “Arab World” or “Arab Affairs," which again is a talking point that many Emirati policymakers have coined in recent months. The fractured Arab political system, one polluted with sectarianism, corruption and power-hungry dynastical regimes renders such a conception void.

The mirage of an “Arab World,” a political ploy that rests at the colonially fed Arab Nationalism that emerged in the post-Ottoman Middle East, does not correspond to societal or political realities.

Today there are 22-member states of the Arab League, and there is little unity amongst them. Even the most politically and culturally homogenous Gulf region has suffered great fractures in recent years, with Qatar being imposed an embargo by its fellow Khaleeji nations. An “Arab World,” the one imagined by Emirati officials, surely does not exist.

The UAE has merely adopted this line to paint Turkey as a hostile foreign power. In fact, Turkey’s links to the region, given Ottoman historical legacy, are far more intact than that of the UAE’s, whose influence is novel, and pales in comparison to that of Turkey’s in the shaping of Middle Eastern affairs.

Turkey’s presence in Syria, Libya and elsewhere in the region is not only politically necessitated by Ankara’s security rationale but is rather sanctioned by the continuation of a Turkish hinterland that reaches across all former Ottoman territories.

Turkey exists to provide a venue for the nations of the former empire to prosper economically and socially. This is why so many in the Arab world look up to Turkey's influence, rather than that of Abu Dhabi or Riyadh, who merely seek to maintain the status quo. Turkey’s influence follows a plethora of economic and social apparatus, in the form of aid through Turkish agencies and the establishment of Turkish institutions that foster societal growth. Turkey’s diplomatic endeavors in the Middle East have multiple prongs, simply not following hard power politics, but rather establishing an existence that will transcend generations.

Turkey’s foreign policy does not suffer from a moral deficit like that of the UAE’s, whose officials hide behind Arab nationalism in their attempt to uphold the status quo. The fact is that the Arab world’s best hope lies in Ankara, whose vision for the region is one of prosperity, not deference to a static elite. As long as this fundamental divide remains in the worldview of Turkey and the UAE, relations are likely not going to improve.