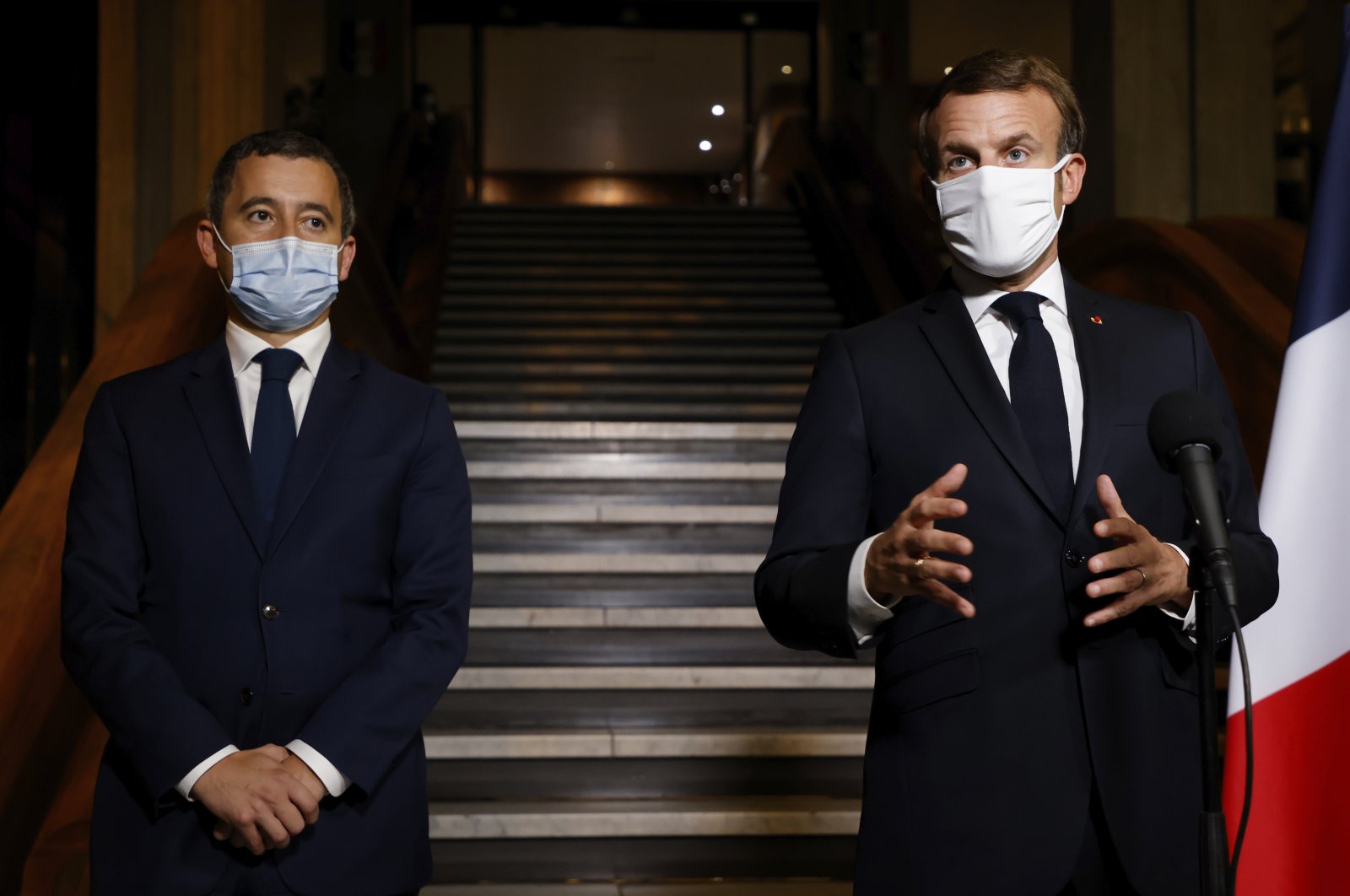 In the autumn of 2018, the “yellow vests” movement against rising taxes and the high cost of living rocked French streets. Faced with the French police’s tear gas and water cannons, protestors turned the movement into violent riots. Since then, mass anger toward French President Emmanuel Macron has grown.

The same protest movement has managed to mobilize people against the country’s problematic issues such as socioeconomic inequality and political bankruptcy. In this context, Macron, his government and his party took a great hit.

Following the first wave of the COVID-19 pandemic, the French government poorly managed the health crisis, which led to the re-eruption of riots that sent shockwaves among French politicians, the elite and the media.

In particular, in the aftermath of October, France was also shaken by terrorist attacks, including the murder of a 47-year-old history teacher and the Nice attack.

The storyline of those criminal acts has changed the country’s urban and suburban law-and-order paradigm policy. A dramatic shift in security policy is ahead, according to many.

In the elections, Macron’s ruling party La Republique En Marche! (LREM), or En Marche, faced a dreadful loss. Nonetheless, Macron had a partial Cabinet reshuffle with the aim to repolish his presidential agenda as he prepared for the upcoming 2022 presidential election.

As a reshuffle step, Macron chose Gerald Darmanin, a young ambitious politician – just like his mentor, former President Nicolas Sarkozy, did for him – as interior minister. Darmanin replaced Christopher Castaner, who was criticized for his soft security policy measures toward the anti-government “yellow vests” last year.

Castaner also lost popularity and trust among the French police following criticism for not doing enough to protect them from backlash over the protests. In this context, the French opposition saw it as an opportunity to corner Macron in the autumn of 2018.

Other major criticism of Macron centers on bad management of the COVID-19 pandemic. French far-right media, far-right affiliated police members and xenophobic prime-time TV show pundits are using the COVID-19 pandemic crisis and the recent criminal acts to position themselves as a credible alternative to Macron in 2022.

The far-right is interpreting the law-and-order troubles as an urban war for a catchy narrative political campaign in next year’s regional elections (though they might be postponed for health precautions because of the pandemic).

These elections would be considered a political test for the 2022 presidential election. Macron's preemptive reelection policies have already been seen by the majority of French voters as too little, too late.

The large majority of French people found him incompetent in handling the COVID-19 crisis. France has so far registered over 40,000 COVID-19 deaths and has reached almost 1.79 million cases.

Some 65% of French people do not trust the government in its pandemic management, according to French broadcaster BFMTV polls.

Islam is “a religion that is in crisis all over the world,” Macron said.

His speech has enflamed Muslim communities in France and throughout the world. He even furthered the controversial statement and asked his interior minister to introduce a law proposal before the French parliament to tackle what he called "Islamic separatism" and defend “secular values.”

It was his end-game strategy to sell France’s socio-cultural crisis nationally and internationally between frustrated social protesters and the majority of well-integrated and educated third-generation Muslims who want liberty and equality.

The violence that erupted in Paris almost two years ago did not occur in suburban areas. It was also not an ordinary protest according to many specialists on social movement groups but instead was a semi-urban insurrection.

In addition, the new interior minister has shown some consistency unlike his predecessor’s lax approach in his management of the Paris protests last August.

Darmanin took office weeks after the Dijon incident, an intra-Muslim community violent incident that occurred between the North African community Maghrebis and Chechens in the French city of Dijon.

Darmanin has used the incident as a political tool as he told the media that, “He won’t tolerate the savage of the insecurity situation in the so-called cities.”

Just like he did in the Dijon incident, Darmanin is now using the murder of a history teacher and the Nice attack as a tool to be a nominee for Macron’s next prime minister.

Politics in general is based on symbolism and myths, but ruling with fear and exception laws would backfire and unveil the mask of Macron’s administration incompetency and his biased press corporatist complacency.

In this conflicted relationship between the president and the angry people, the latter has said loudly that its movement is apolitical and nonideological.

In political science theory though, there is no such thing; it might be for the moment, but their demands and determination could easily become political.

Their fight with a technocratic president and an opportunist interior minister would result in the bankruptcy of classical political parties and their alarmist anti-Muslim discourse, which are boosting the constancy of the far-right National Rally (RN) party; this is despite the progressive rise of the Greens in the last local elections.

However, the bad management of the COVID-19 pandemic and other major issues is likely to change the entire perception against Macron and his team.

Muslim civil society organizations, Islamic humanitarian groups and charity organizations are under scrutiny. Macron and Darmanin want to “domesticate” Islam for good and master the domestic security in France’s suburbs.

At the end of the day, in 2022, French voters would say: It’s the economy, stupid. The ongoing economic disorder fiasco haunts the country. Critical moments are ahead for the president as the French economy suffered collateral damage because of last spring's mistakes in the face of the coronavirus and the “yellow vests” protests.

Macron and Darmanin are immersed in a political deadlock, and their security policies based on “Islamic separatism” are bringing the far-right party and xenophobic actors closer to victory.