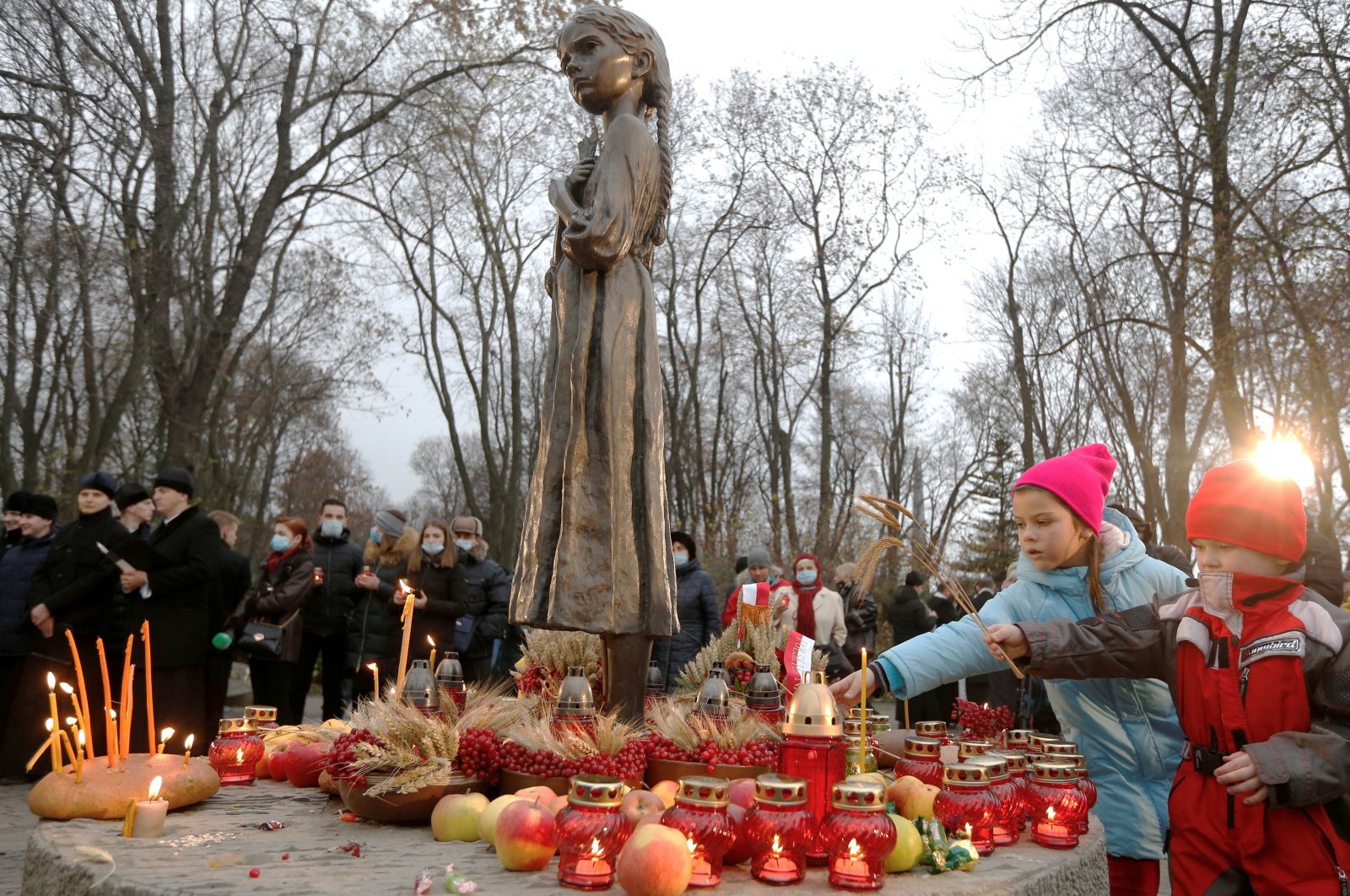 Ukrainians associate the end of November, in particular its last Saturday, with a solemn date – Holodomor Remembrance Day.

On this day, Ukrainians all over the world light a symbolic candle of remembrance, honoring the victims of the most horrible tragedy in the history of Ukraine, which was cynically planned and implemented by Joseph Stalin’s criminal regime in 1932-1933.

American scientist and Holodomor researcher James Mace once suggested the lighting of candles in memory of the Holodomor victims, so that they would inflame the future "without victims, without violence, without horrors."

Holodomor statistics are terrible. According to various estimates, the number of victims of the Great Famine is between 7 million and 10 million Ukrainians. In June 1933, which took the most lives, about 34,560 people were dying of starvation every day, 1,440 people every hour, 24 people every minute.

I would like to emphasize that they were dying not because of natural disaster, war or epidemic but because of the outrageous cruelty of the totalitarian regime, which deliberately doomed them to extinction.

In such a cynical way the political system of Stalinism tried to undermine the cornerstone of the freedom-loving Ukrainian nation, to destroy our spiritual culture and unique ethnic identity.

The Holodomor was an attempt to bring Ukrainians to their knees and to take away any hope of having a right to create their own future in their own home.

Nevertheless, due to our faith, our desire for freedom and devotion to Ukraine, we’ve survived. We gained our independence, and this is our guaranteе that such an atrocity will never happen again.

With every passing year, this terrible tragedy becomes more distant in time, but it still hurts.

The Holodomor was a tragedy for millions of real people who passed away from a horrible death. Many of them experienced the deaths of their own children before their own deaths.

This famine was a mass biological extermination of the Ukrainians which caused the violation of our genetic code for many decades. Just imagine how many future genius artists, musicians and scientists either died or were never born because of that horrible famine.

For many years, the fact of the mass murder of Ukrainians was kept hidden by Stalin’s regime behind the “Iron Curtain." Famine in Ukraine was declared as nonexistent. For that reason, the USSR refused to accept assistance for starving people, which was offered by numerous nongovernmental organizations (NGOs), including foreign Ukrainian communities and the International Committee of the Red Cross (ICRC). As a result, a horrific crime committed in the very heart of Europe had been written out from world history for decades and had not received global condemnation.

However, there were journalists who told the truth. There were also reports by ambassadors and diplomats who worked in Ukraine at that time and saw what was really happening there.

With the restoration of Ukraine's independence, the prohibition to talk about the Holodomor was removed. And it is the duty of our generation to bring historical justice. After all, it is not only our pain and our tragedy; this crime against humanity must serve as a lesson and a warning to all mankind.

I must say that this horrible page in Ukrainian history has been a "blind spot" for our Turkish friends for a long time.

Therefore, it’s my obligation as an ambassador to deliver the truth about this worldwide tragedy to the Turkish society and let them know what a high price my nation paid at that time for their desire to be free and independent.

I also want to say that during recent years we have made significant progress in this matter: We have a brochure about the Holodomor and two books by famous Ukrainian Holodomor researchers Stanislav Kulchytskyy and Volodymyr Vasylenko translated into Turkish, published and delivered to the main Turkish libraries, political science centers, universities and media; a conference on the Holodomor that was held at the National Library of Turkey with the participation of leading Ukrainian and Turkish experts; exhibitions about the Holodomor translated into Turkish displayed in many cities of Turkey; commemorative events and candle-of-remembrance ceremonies held by Ukrainians in Turkey. We have Turkish students and scholars who chose Holodomor as their research topic. A new podcast by Turkish researcher Turgut Tuncel was recently introduced. This podcast includes a series of discussions by Ukrainian and Turkish experts on the Holodomor in Turkish.

It’s hard work to bring the unknown tragedy of the Holodomor of 1932-1933 to the memory, consciousness and conscience of mankind. But we, Ukrainians, are patient and persistent. We will do our duty and will complete this task.