Migrant and marginalized communities living in time of pandemic 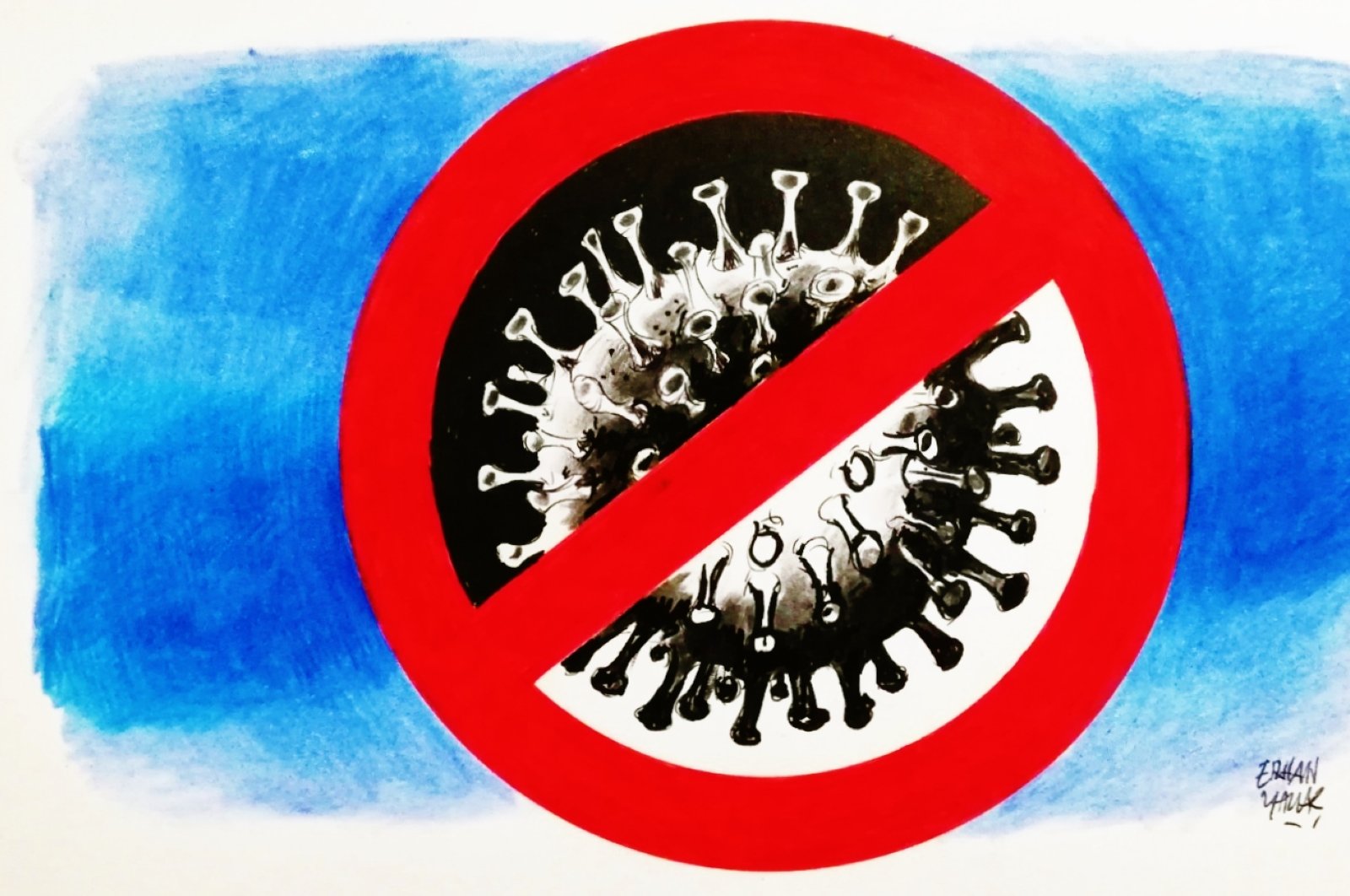 During these times, as millions of people stay at home and experience what it means to not have control over their mobility, the pandemic brings grave concerns for thousands of migrant and marginalized communities once again. Many refugees, asylum-seekers and undocumented people who arrived on the shores of Europe during the 2015 crisis, who have already borne the brunt of being classified as “illegal migrants,” are now living with the real-life consequences of these arbitrary classifications. Let us set aside the absurdity of imposing clear-cut categorizations under contemporary political realities and let the circumstances of COVID-19 call us to think further toward the long-term consequences of the pandemic on already categorized migrants and marginalized populations worldwide.

This pandemic made clear that already heightened tendencies associating risks with the “unwanted other” and attaching stigmas to marginalized people are far from declining. On the other hand, the fear generated by the disease led far-right and xenophobic tendencies to thrive in many countries, triggering racialized and discriminatory responses especially toward migrant and marginalized communities.

Many political leaders have misappropriated the threat of the COVID-19 disease to reinforce their anti-immigrant rhetoric and label migrant populations negatively. At the very beginning of the spread of COVID-19 in Spain, the Roma people (Gitanos) were blamed by the right-wing media for spreading the virus by placing emphasis on their uncivilized behavior and framing them as racially predisposed to crime and vagrancy. In a short while, it was clear that the reluctancy of the Spanish authorities to impose strong measures caused the surge in cases, not the Roma community. The Greek government, meanwhile, decided to go ahead with the controversial policy of building “closed-type” detention centers for migrants who are already stuck on the Greek islands and living under precarious conditions. The risk of the coronavirus infection has been cited as the reason for increased security and the level of deterrence at the country’s borders. In Italy, far-right leader Matteo Salvini led an attack on the government that allowed a humanitarian rescue operation for 276 African migrants stranded at sea. Although the cases in Italy had far outstripped the cases in Africa at that time, the far-right leader did not refrain from linking the threat of the disease with migrants, quickly calling for the borders to close.

In this sense, migrant populations, asylum-seekers and undocumented people, who are traditionally being targeted by social, economic and political discrimination, emerged once again as central figures to European policy's of converging threat and migration. Language has already stigmatized the migrant communities with labels like "illegal migrants," "cheats," "bogus" and "potential terrorists," and as a result, classifying logic embedded in the contemporary immigration response manifested itself once again in the context of COVID-19 by connecting those populations with crime, contagion and security threats. Thus, to protect Europe from the social, economic and now health-related threats associated with this "othered" migrant figure, borders have been militarized or closed and walls have been built. The exceptionality of the times we are living through led to turning a blind eye toward strengthening exclusionary policies together with the stereotypes that these policies attach to migrant and marginalized populations. Rising xenophobia in Europe normalizes the suffering of populations who cannot afford to be immobile even in the “segmented, immobile, frozen space” of the pandemic, as Michel Foucault put eloquently.

However, we need to remember that these labels are not just words but imbued with powerful political meaning that orders people and sets discursive borders against the “unwanted” ones. In some cases (referring to Trump’s framing of some Latin American and African counties as “shithole countries”), not only the populations but even the countries from which migrant populations are fleeing have been subjected to this labeling in a way that will legitimize securitization agendas underpinned with ethno-nationalist and xenophobic tendencies. The labels attached to the migrant populations particularly delink the situation from the complexity of circumstances these populations are fleeing from and oversimplify it. As a result, the labels legitimize and sustain policies withholding thousands of migrants’ access to protection and rights, but more significantly, they articulate populist agendas deploying ethno-nationalist European identity and serve to enhance their influence on increasingly securitized and exclusionary immigration policies.

This pandemic reveals an obvious truth. People who have been subjected to prejudices and discrimination are suffering the most. The data from the United States points to this fact by showing the disproportionate impact of the virus on African Americans. The Associated Press (AP) recently showed that the death rate among African Americans who have contracted the virus is disproportionately high when compared to other races. It is notable that although African Americans only make up 14% of the population surveyed, 30% of the total deaths in the country were from the African American community. In fact, this should come as no surprise as socioeconomic inequalities are prevalent among white and black communities in the U.S.

Indeed, the virus does not discriminate, but socioeconomic disparities among different groups of race, class and immigration status account for the difference in mortality rates. Groups with multiple racialized identities like African Americans in the U.S. who are labeled by their race as well as their social class are already more visible among the victims of the virus. The higher overall average of health conditions like obesity, diabetes and asthma among the African American community of the U.S. highlights the disinvestment in the community and underlying levels of economic and racial disparity in the country.

Departing from this fact, it is a great risk that populations like the Roma or asylum-seekers at Europe’s borders may share the same fate soon. The migrant and marginalized populations already live in overcrowded places and unhygienic conditions lacking adequate access to health services, clean water and sanitation. The urgency to act is crystal clear, but what is even more important is to think of strategies to destigmatize these populations as sensitivities of hygiene heightened at the time of COVID-19 will be hard to remove in the post-COVID-19 era. It is possible that associating hygiene-related threats to certain people would add to the adverse impact of labels that are already attached to them.