Moscow and Tehran in Syria: Competition or partnership? 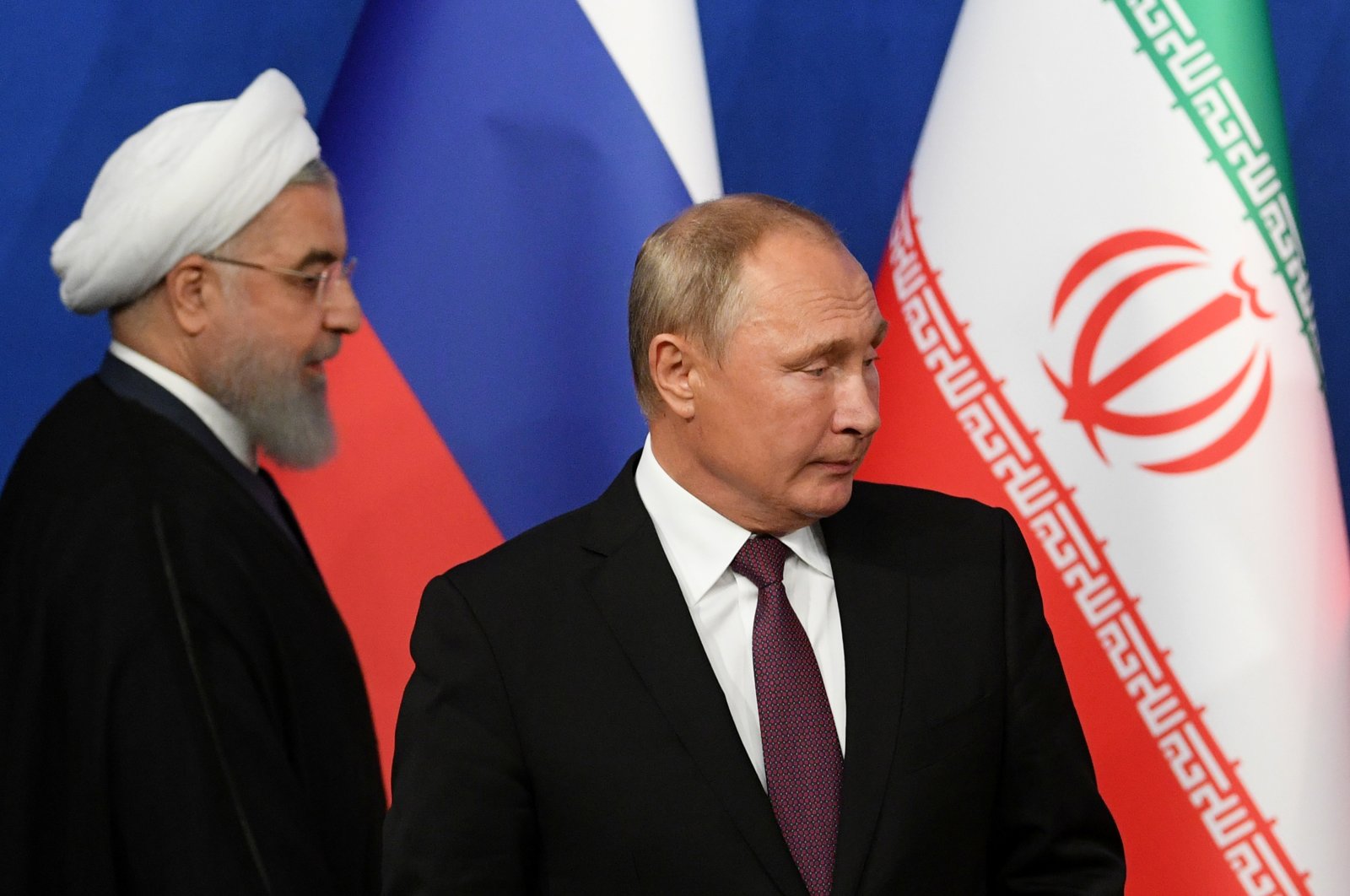 Russia and Iran's partnership has often wavered between cooperation and rivalry due to the incompatibility of interests and goals in many regional and international issues. However, their joint efforts have so far succeeded in achieving substantial results in Syria, which has become an important pillar in the foreign policy of both countries.

It is no secret that Iran is a regional competitor of Russia, as well as a major target for Washington and Tel Aviv. Moscow also knows well that this tension will escalate as long as Iran stays in Syria and this is considered a major threat to Russian interests.

Several months ago, during an interview with Russian news agency TASS, Israel's Moscow envoy asserted that Israel was satisfied with Russia's stance on Iranian military presence on the Israeli-Syrian border. He pointed out that Israel and Russia are engaged in intensive discussions on this issue while stressing that the presence of Iranian forces in the region is "targeting Israel."

According to the report of the Israeli "Politics and Strategy" Institute, the undeclared war between Tehran and Tel Aviv, which has been continuing since the beginning of the Syrian crisis, does not worry Russia, at least, as long as the parties are wary of harming Moscow's interests in the process. However, the competition between the Kremlin and Tehran for control, influence and for determining Syria's future is fast becoming a problem.

Israel's frequent attacks on Iranian locations inside Syria, in addition to pressure from U.S. President Donald Trump on Iran, increase Iran's need to have a good relationship with Russia, which makes Moscow stronger than before when confronting Tehran in Syria.

It cannot be ignored what many observers have said, that the invitation of Iran to participate in Astana talks in 2017 was an attempt by Ankara and Moscow to push Tehran to fulfill its obligations because it is difficult to control groups affiliated with Iran in Syria, and unlike Tehran, Russia has managed to build bridges with the Syrian political and armed opposition through Saudi Arabia and Turkey.

The differences between Russia and Iran (which have not yet reached a crisis level) in Syria appeared in the past few years and can be summarized through four situations. The first was at the beginning of direct Russian intervention in Syria six years ago, which led Iran to retreat to the second row as a silent ally of Damascus, while Moscow took the lead as Iran had failed to change military balances during the years of intervention.

The Russian military intervention, which officially began in September 2015, restored Damascus' control over most of the Syrian territories, except for parts in the northeast until now. Although Moscow may not be satisfied with the intense Iranian activity in Syria, as well as the new military agreement between Damascus and Tehran, Russia remains in need of the Iranian presence as long as the war does not end. It is unlikely that one would abandon the other in Syria in the near future as they both are worried about any surprises or economic collapse.

The second difference between Moscow and Tehran came after the agreement between Turkey and Russia to evacuate civilians and fighters from eastern areas of Aleppo, which was done at the end of 2016. Iran refused any agreement in this region because it wanted to implement a military solution in Aleppo, according to what was circulated during that period.

In the same context, the Iranian diplomacy website, which is close to the Iranian Ministry of Foreign Affairs, stated that retaking Aleppo was a positive step toward better relations between Russia and Iran; however, it is still too early to talk about the end of the Syrian crisis. It added that Moscow coordinated much more with Ankara than that with Tehran and that Russia called Saudi Arabia before joining the political negotiating table regarding Syria, taking into consideration that such a situation would strongly affect the relations between the two countries.

According to the website, it is not clear that the Russians are with Iran in Syria, or Iran is with the Russians there. The Russian’s view on Syria is tactical, not strategic.

Riyadh’s participation at the Syrian negotiating table would be against Iran's interest, in addition to that, 90% of Russia’s Muslims have very good relations with Turkey and Saudi Arabia, knowing that Moscow attaches great importance to the demands of Muslims in Russia.

The third difference became clear during the start of the Astana negotiations. Iran wanted to take revenge and push Washington out of the talks, while Russia called for the participation of the United States, merely as an observer.

The fourth difference appeared after the bilateral talks in Sochi between Ankara and Moscow about the fate of Idlib excluding Tehran which was still there on the ground.

It remains to be seen if Tehran's recent losses from repeated Israeli attacks on its sites inside Syria are hard to overcome. The question is: Will this push the Iranians overtime to leave some Syrian areas, after years of investing in this country? The answer may become clear if Iran concludes an agreement with Washington, whether with Trump or someone else in the White House.