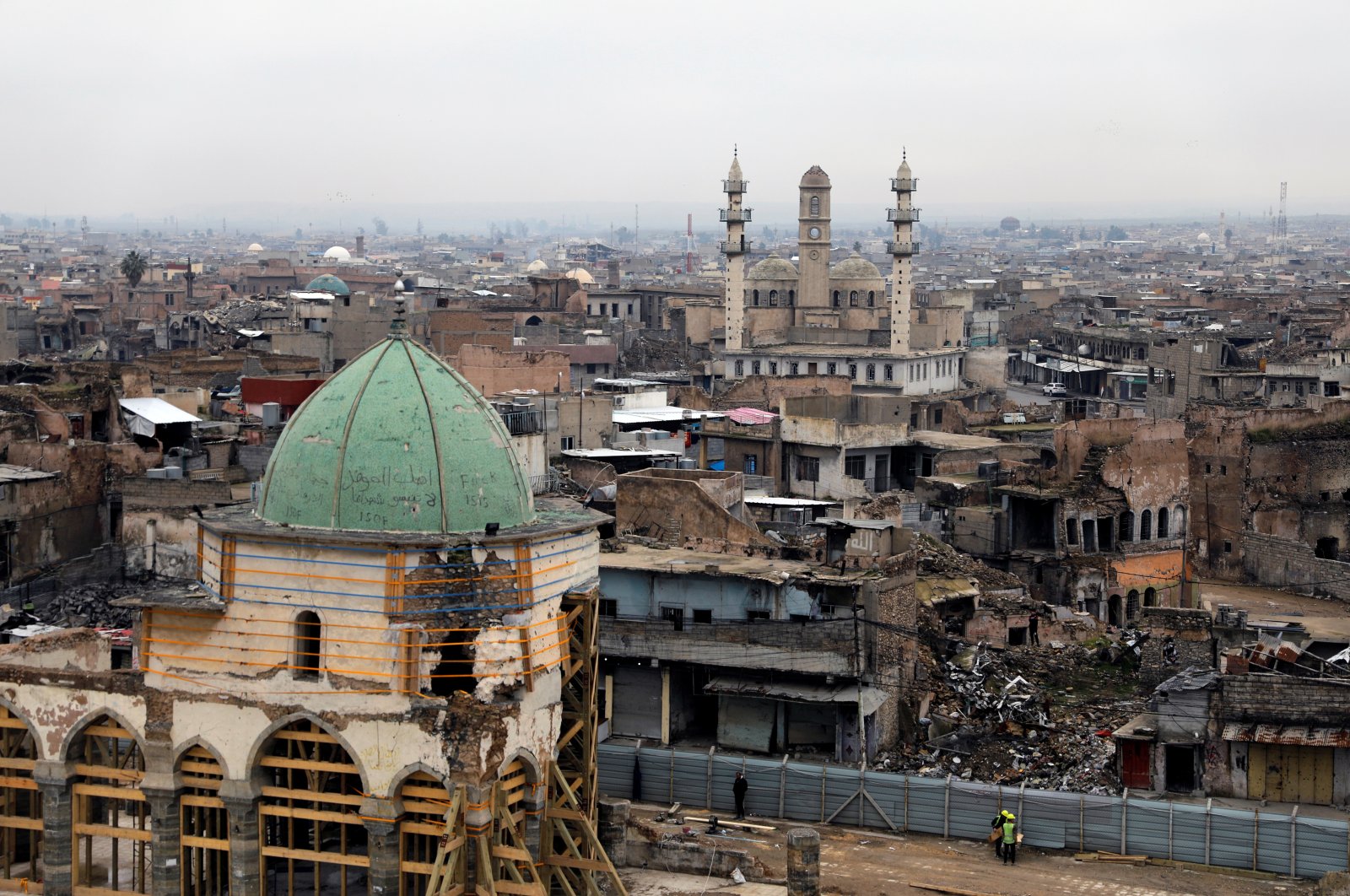 The reaction to the recent disaster in Beirut – with international calls to set up investigations by donor countries, and world leaders flocking to visit the devastated city within hours – comes in stark contrast to the silence that followed the disaster that fell upon the city of Mosul in Iraq.

Three years have passed since 2017, and conditions in the crumbling city of Mosul are as disastrous as they ever were, with thousands of corpses buried under the rubble and hundreds of thousands of refugees continuing the hemorrhage of the city’s indigenous population.

The difference between Beirut and Mosul in the aftermath of disaster (with our best wishes and hopes going out to our sister city) can be explained in that Beirut has always been present in the calculations of the global powers that created Lebanon in the first place, during the international and sectarian carve-up of the region following World War I.

These world powers are simply reaffirming their support for the project at this important juncture. They have well-established cultural, religious and academic institutions in Beirut that form the very foundation of the Lebanese state.

These institutions have always been instruments of important world powers and a breeding ground for ideas and philosophies that foster the division of the Arab region.

Mosul was a regional capital robbed of its cultural, social and economic connections with the world when it was absorbed into the new Iraqi state in the early 1900s.

The city narrowed her horizons into a confined nationalist culture, burning her cultural bridges within the region and dedicating all her energies to the new state. The current generation of Mosulis knows nothing of the important role the city played in the region – important enough to justify entries in international books and documents as late as the year 1900. The city was transformed from the hub of an internationally significant region to a provincial city, and from a regional capital into a city of secondary importance.

After the fall of the Iraqi state, the city fell into the shadows of the new regional and world order. Mosul's narrow, limited cultural language was not adequate and could not serve to align international strategic interests with the interests of the city. This failure was reflected in the inability of the city’s exiled elite to come together and create a strategic initiative to give Mosul representation in the global arena.

The people of Mosul have failed to form common interests with an international ally and have been forced to settle for good intentions that never materialize on the ground.

Mosul is facing a catastrophe under the rule of the militias of the Iraqi state that threatens to utterly remove even her name from public consciousness. Iraqi official media is increasingly referring to the city by the name Nineveh.

This is a societal epidemic that spreads through contact, much like the coronavirus. Distant countries may not care much about this pandemic, but those nearby whose own societies share many similarities with Mosul's should be alarmed about the virus ripping through it. This is an opportunity for the international ally that is needed: Turkey.

Turkey has shown some interest in Mosul and her plight to-date but not at the required level. However, Turkey's national interest requires societal safe havens – and not only in terms of security. The regional equation in the 21st century is this: investment and development for security. This needs to be clearly understood and acted upon by both parties and is the key to the establishment of unique international protection and administration in Mosul. The only country that has the interest and ability to fulfill this role in all its social, security, economic and developmental aspects is, after all, Turkey.

Mosul may be wondering in shock about the lack of interest the world has shown toward her and her strife – and the city may be justified in feeling this way. However, Mosul urgently needs to nurture the conditions that would bring the city to the attention of the international community.

Beirut's cultural melange is what brings the president of France to the city at every incident. Mosul must look to create a similar mix that would provide her with the basis for international protection and needs an administration that would pave the way for her redevelopment and preserve her society.

Neither France nor anyone else will come to Mosul’s aid in the current climate. Turkey is the only country that may come, if – and only if – the city, and her estranged elite, begin to use the language of mutual interests to put their case forward. Otherwise, Mosul will remain a piece of meat on the butcher’s block.

Mosul should stop comparing itself to Beirut. This is not a valid comparison. We must concern ourselves with creating shared strategic interests with our most likely ally. Only then will we be able to feature in global calculations and make a dent in the fortification walls standing between us and the goal of international protection of the city – it is the only way to escape the bind of the "Government of Militias" in Baghdad. If we don’t, our city will disappear from the political map.

Perhaps there is one thing Mosul shares with Beirut. The presence of the Baghdad militias in Mosul is akin to the presence of Hezbollah militants in Beirut; they both stifle the economy and life of the city. In the shadow of these militias, Mosul can never hope to receive any international redevelopment funds or donations. To receive these, Mosul must be put under international protection and administration.

*Researcher and writer on "Arabic-Turkish Strategic Relations and Ottoman Studies"