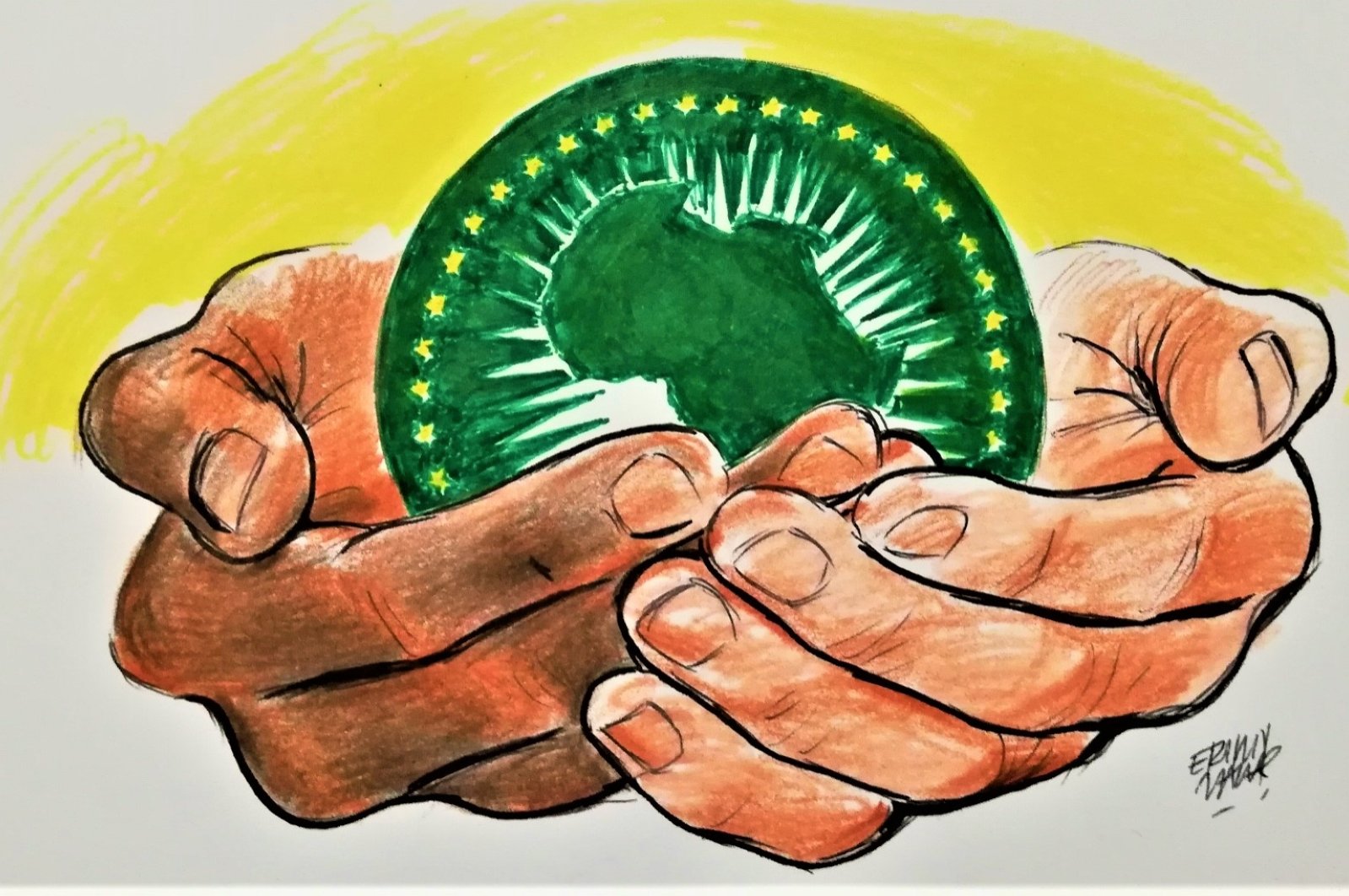 Thanks to its geographical position, Turkey is one of the countries that doesn’t have to work too hard to communicate in its domestic and foreign affairs, so much so that Turkey might never be occupied with finding opportunities. The main cause and advantage of its efficiency in the last two centuries may be this reason.

In the past few decades, there has been no need for fundamental changes when compared to the previous eras. In the 21st century, new trends transform rapidly based on the shifting balance of power across the world. Many even in the beginning of the 21st century may remember asking "what business do we have in Africa?"

Now, the high point of the new Turkish foreign politics is Africa. Furthermore, it could be said Turkey has not had such diplomatic progress with its close neighbors or Europe, despite decadeslong relationships. The main reason behind Turkey’s rapidly growing relations with Africa has been the motivation of both parties.

The closing of Africa to the external world by colonial powers with fait accomplis left the continent under Soviet influence after the decolonization process in the 1960s.

However, following the collapse of the Soviet Union at the beginning of the 1990s, the number of countries that had realized they could stand on their own two feet increased.

Despite the change in international rivalries, countries like India and China realized that without Africa, attaining power is almost impossible. These countries had remained active in the continent until the middle of the 2000s when the U.S. stepped in.

When the former colonial European countries under the leadership of the European Union realized that the continent was growing closer to other powers, they began making new moves, following one after another. But, Pandora's box was already opened in Africa, and the decisions about the future were being made by African statespeople. All of these African leaders considered Turkey as very close to themselves, and they all decided to put their thoughts into action.

In 1963, 32 African member states came together to establish what would later be the African Union (AU), in order to include the states that had not yet been able to gain independence. Today, despite just a few countries recognizing it, even the Western Sahara Arab Republic is a member of the organization, which formally became the AU in 2002. It is he biggest organization besides the United Nations that consists of African representatives.

Since 1963, over its 57 years of history, five of these African representatives have been in charge of the presidency of the AU Commission and 12 served as the secretary-general of the Organization of African Unity prior to the AU's founding in 2002. Only Amara Essy served as both secretary-general of the old order and chairperson of the AU Commission after the new order was established.

While Alpha Oumar Konare, who was Mali’s president for two terms in the 1990s, was representing the AU in 2003, a major transformation took place in the 42 years of limited relations with Turkey. Konare became the first AU president to officially visit Turkey in 2005.

In 2007, Turkey’s then-Prime Minister Recep Tayyip Erdoğan was invited to the AU Summit as a guest of honor. In addition, following Konare’s massive efforts, the African Statesmen Summit took place in 2008 in Istanbul, setting the new course of Turkey’s foreign politics. Turkey then became a temporary member of the United Nations Security Council (UNSC) with the support of 51 out of 53 African states, allowing Ankara to have a presence in every part of the continent.

In the last 12 years, Turkey has opened 30 more embassies in Africa, increasing the number from 12 to 42. Turkish Airlines (THY) has flights to 39 countries and 60 different locations, carrying 5 million passengers to and from the continent.

From the Turkish Cooperation and Coordination Agency’s (TIKA) nearly 30 coordination centers to the Foreign Economic Relations Board’s (DEIK) business councils in more than half of the countries on the continent, as well as the activities of several Turkish institutions and nongovernmental organizations (NGOs), the investments of Turkish businesspeople have allowed Turkey to establish such spheres of influence on the continent.

Konare’s vision in 2005, in which he called Turkey the strongest bridge between Asia and Europe, has become reality. In recent years, a total trade volume of $25 billion has paved the way for more long-lasting, substantial business opportunities.

With Africa's 1.5 billion-strong population, 30 million square kilometers (11.6 million square miles) of land and various areas of richness, new fields in bilateral relations between Turkey and the 54 African states are expected to open.

Under the roof of the AU, countries on the continent in today’s nation-state order allow the developing relationships of African states with foreign nations to strengthen the unification process of Africa and find major geopolitical opportunities.

Today, African countries prioritize the use of their own resources to invest in the continent rather than blindly allowing others to consume these resources. The next 10 years are crucial for Africa as China and India might face a great depression that could allow African states to shine even brighter.