Normalization without justice is Israel's goal 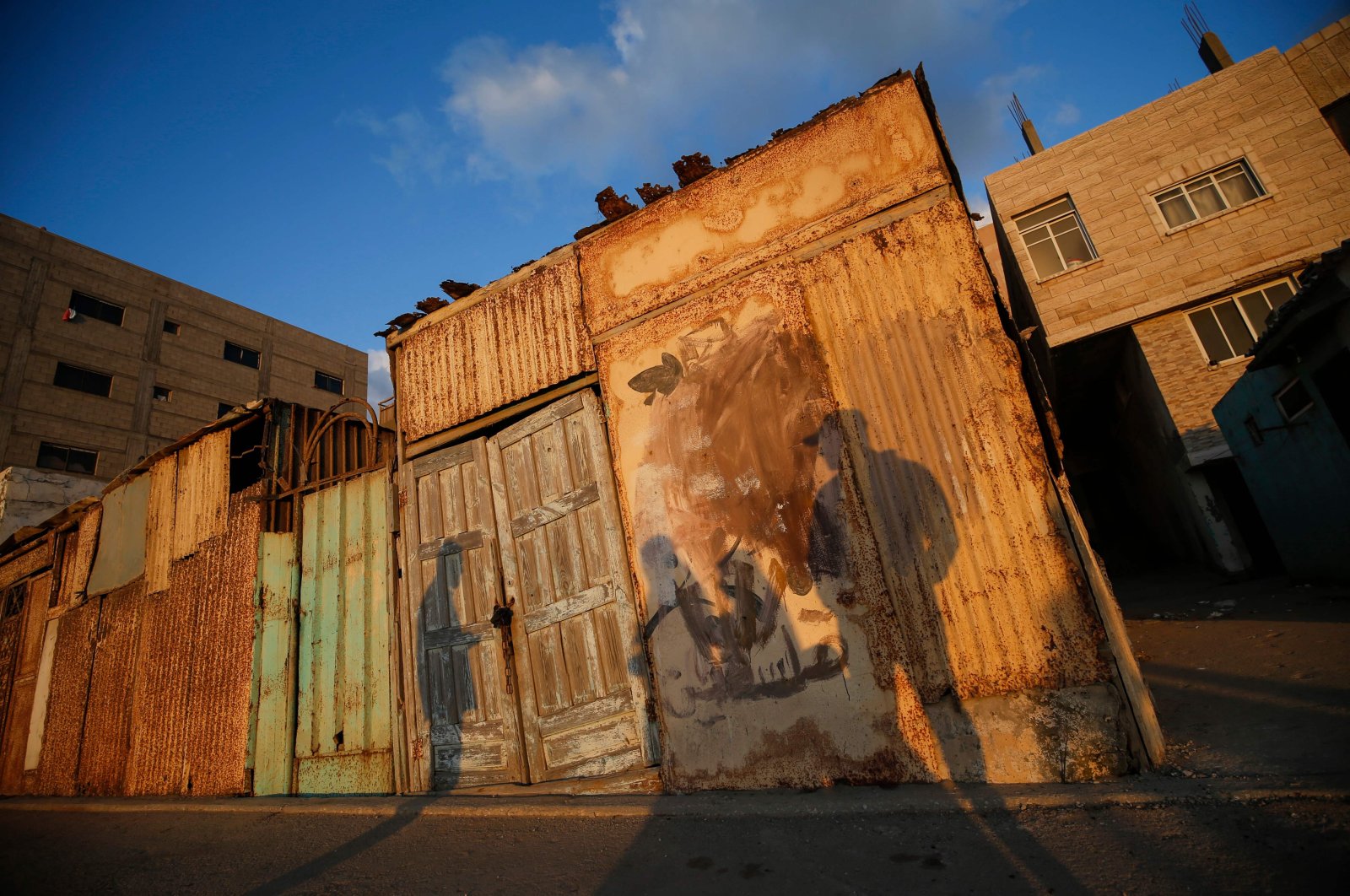 The normalization of Israel's relations with the Arab states can be defined as pursuing policies or actions that treat Israel as a normal part of the Middle East, ignoring its role in the ethnic cleansing and displacement of Palestinians.

The normalization would seek to move forward without holding Israel accountable for the ongoing crimes against the Palestinian people.

As Israel was created in 1948 at the expense of the Palestinian people after evacuating them from their villages and towns leaving them either as refugees scattered around the world or under Israeli occupation in the West Bank and the Gaza Strip, most of the Arabs find it impossible to normalize relations with Israel.

Although Israel has imposed itself since then through successive wars, military superiority and nuclear weapons, these facts did not give it recognition or legitimacy for its occupation of Palestine nor did it allow for openness to the Arab region.

The Israeli perspective considers normalization as a basic strategic goal and encourages cooperation with Arab countries in various fields, especially in economics, politics and people-to-people contact. The Israelis' aim is to achieve normal multidimensional relations with Arab countries before, or even without, resolving the main issues in the Palestinian-Israeli conflict.

For Israel, “normalization’’ means other countries accept their occupation of Palestine and their Zionist narrative regarding the land and the people while denying any other narrative which opposes theirs.

The vision of Israel normalizing its relations with Arab states without a just agreement with the Palestinians is elusive. Even a modest step toward normalization is more difficult than Israel seems to admit as the road to this aim still runs through the Palestinian issue, and not the other way round.

Normalization without justice was for years the Israeli goal, thinking that it will allow for more Jewish immigration to Israel, and will pave the way for more settlements and a Palestinian land grab.

In 1979, Israel established peace with Egypt. Forty-one years have passed since this treaty was signed, yet the relations between Egypt and Israel remain strained and cold at best.

As for the Jordanian–Israeli peace treaty “Wadi Araba” signed in 1994, which formally ended decades of war between the two countries, it has been facing continual challenges. Recently it encountered risks over a number of matters, including Israeli Prime Minister Benjamin Netanyahu’s pledge to annex the Jordan Valley in the West Bank, along with, Israel’s alleged violations of the sanctity of Muslim and Christian endowments in Jerusalem. The average Jordanian does not accept Israel as a friend or ally but considers it an enemy which has violated Palestine and the holy sites.

More than half of Jordan's 9.5 million population is of Palestinian descent and Jordan is home to 2.2 million Palestinian refugees registered with the United Nations.

Many in Israel focus a great deal on initiating relations with the wider Arab world while Israeli leaders believe that common interests between Israel and the region’s Sunni Arab states in confronting Iran and fighting Islamist extremism could provide the basis for Arab-Israeli normalization, turning around the long-obstructed Palestinian issue. Netanyahu says: “This process could also run in the opposite direction, the normalization of advancing relations with the Arab world could help to advance peace – a more sober, stable and better-backed peace – between us and the Palestinians.”

It is assumed that the enemy at this stage is Iran, not Israel, to provide a new face for the normalization project and to focus on the confrontation with Iran as a new formula for conflict in the region.

Any relationship based on injustice, the imposition by force and occupation will only produce more confrontations and will only motivate Israel to push for more control and oppression of the Palestinian people.

Key figures from various U.S. administrations have encouraged Arab leaders to move toward recognition and normalization with Israel. In making their case, U.S. policymakers have used the Israeli argument that if the Israelis felt more secure, they would be more open to compromise with the Palestinians.

The Donald Trump administration appears to be relying on the approach known as “outside-in” – negotiating directly with Arab states and hoping they will use their influence with the Palestinians to advance the so-called "deal-of-the-century" peace agreement.

It's an initiative led by Jared Kushner together with his work team on the so-called peace plan.

Trump told the Israelis that there was a “growing realization among your Arab neighbors that they have common cause with you on this threat posed by Iran.” According to Middle East analyst and negotiator Dennis Ross, “the logic of outside-in is because the Palestinians are too weak and divided – and because there’s a new tacit relationship between the Sunni Arabs and Israel – there’s the hope the Arabs would be prepared to do more.”

This view is a dream, and those looking to the Arabs for a shortcut on the Palestinian issue – or who think they can establish closer relations with the Arabs without addressing the historical Palestinian issue – are likely to be disappointed because Palestinians are not weak; they are under occupation, deprived of their simplest rights for more than 53 years and still fight for their just cause. As for the division, Israel has created it and is trying, by all means, to keep the Gaza Strip separated from the West Bank.

On the other hand, some leading Arab governments face a tenuous political situation that threatens their security and defending a public rapprochement with Israel would be considered by most of their citizens as a betrayal of the popular and just Palestinian cause.

At times, Israelis have made the argument that if the Arab states simply recognized them as a normal state in the Middle East then they would feel secure enough to accommodate the Palestinian demands.

Arabs are unwilling to formally recognize Israel as a Jewish state or accept the legitimacy of Israelis remaining in the major settlement blocs and continuing with land annexation, in exchange for expanded freedom of movement or autonomy for Palestinians that could easily be taken away in the future. The Arab League reconfirmed recently its commitment to the Arab Peace Initiative (API) announced in 2002, by Crown Prince Abdullah of Saudi Arabia and was later unanimously endorsed by the Arab League.

The initiative contained the following elements: If Israel were to agree to a full withdrawal from the occupied territories to the pre-June 1967 borders and the establishment of a Palestinian state in Gaza, the West Bank and east Jerusalem and an agreed-upon solution for the Palestinian refugee problem; in exchange, the Arab states will consider the Arab-Israeli conflict over and will sign a comprehensive peace agreement and establish normal relations with the state of Israel.

Although the initiative gave a peaceful and just solution to the conflict, Israel has repeatedly rejected the (API), insisting that the Arab states normalize without preconditions.

The bottom line is that there is a major structural difference in the way Israel and the Arabs view steps toward normalization. For Israel, there are big advantages in making public intelligence, military and economic cooperation with Arabs as this would allow for Israel’s acceptance in the region, undercut international efforts to isolate it and relieve some of the pressure to offer more concessions to the Palestinians. Besides, Israel would derive significant legitimacy from the establishment of formal ties with major Arab countries, and Israeli businesses would find new opportunities in Arab markets. For the Arabs, however, the dynamic is the opposite: making private cooperation public incurs a cost and invites blowback from both regional adversaries and their own people. Since the Arab states already receive from Israel open diplomatic contacts, secret high-level meetings, television interviews and security cooperation, quietly and below the radar, they have little incentive in expanding clear and open relations with Israel without a significant peace initiative accepted by the Palestinians.

Normalization with Israel is a shortsighted and dangerous policy on the part of governments, organizations or individuals as such a policy will endanger both the Palestinian issue and the Arab world’s stability. Besides, it gives the green light to U.S. policymakers to pursue an unjust and unviable resolution to the Israeli-Palestinian conflict.

The new Israeli coalition government – aiming for settlement expansion, West Bank annexation, Jerusalem Judaization and opposing a two-state solution – seems highly unlikely to take the sort of steps presumably required to advance an agreement with Palestinians or normalization with the Arabs.

A closer look at the region shows that Arab countries are still committed to the Palestinians' full rights, and normalization of ties with Israel is a long way off.