Not a good time to be Chinese in America 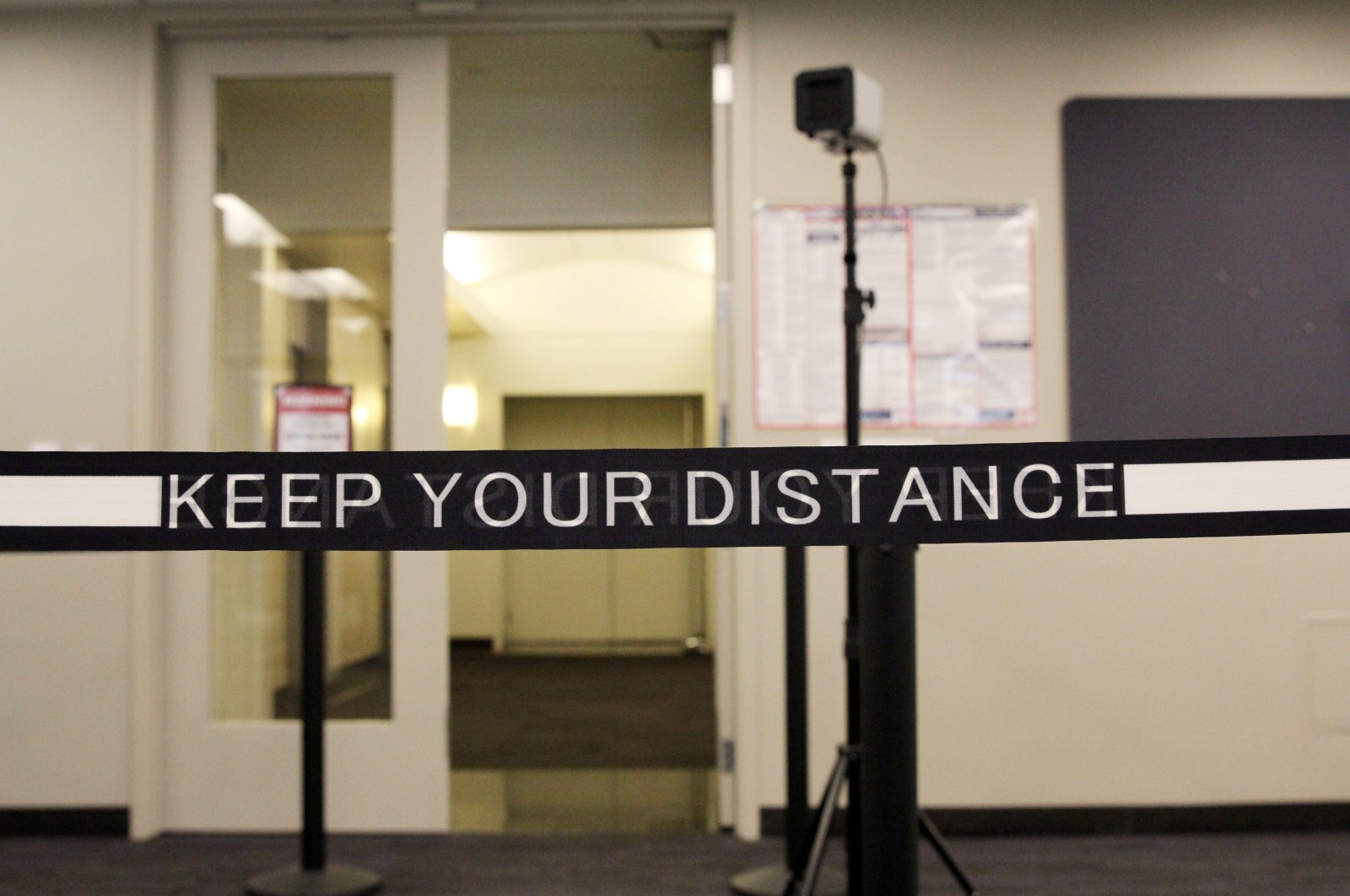 A temperature screening area is set up for a thermal imaging camera made by Zhejiang Dahua Technology Co., Ltd. during a demonstration in San Francisco, California, U.S., April 24, 2020. (Reuters Photo)
by Imran Jan
May 01, 2020 12:05 am

I was at a grocery store in Houston this past week. People were stocking up their carts with everything they could find. The COVID-19 fear has caused frenzied buying behavior, putting to shame the Black Friday shopping that happens once a year. There was more stuff inside the carts people were moving around than on the store shelves. Many were wearing homemade and weird-looking masks. The new coronavirus is on everybody's mind.

Halfway into my grocery shopping, I walked up to the vegetable section of the store. This section was not as crowded as the rest of the store, which initially made me feel a little normal again, reminiscent of those normal days that seem so distant in the past now. Then I realized that people were kind of lingering around. There was a Chinese family by the produce section, selecting vegetables to put into their cart. I looked around, and it appeared as if everyone had sort of hesitated and stopped short of approaching the vegetable aisles. Were they wondering whether they should buy the vegetables while the Chinese were there or buy the vegetables at all that the Chinese touched? It wouldn't be the first time people who are, or look, Chinese have experienced discrimination since the emergence of the coronavirus.

I stood there, a bit lost in my thoughts and feeling ambivalent. I felt sad for the Chinese family because almost everyone feared that they might be carriers of the novel coronavirus. You can always tell when the same thing is on everyone’s mind around you, because the virus originated in China and the president of the United States called it the “Chinese virus.” America always has a fear residing in the minds of its citizens.

The fear of communism was followed by the fear of Islam. For 45 years, the American people lived with the fear that the communists were going to win and their freedoms would come to an end. After 9/11, the fear of Islam occupied the minds of Americans. That fear had been there until last month. It may or may not have gone away for good, but for now a new fear has taken over. This time it is a virus.While the virus is rightly deadly and hence scary, it has provided a distraction from former targets of discrimination such as Muslims or people who "look Muslim." I am a Pakistani-American. In the 10 years that I have lived in America, I have been called a terrorist, a jihadist, a Taliban sympathizer and so forth. But, nowadays, a sneeze can potentially make people run away faster than a loud Allah-o-akbar.

When I looked at how the people at the grocery store feared the Chinese and not me, it was a new feeling for me. They were not afraid of me. This novel coronavirus has brought many firsts, and this is certainly one of them. I felt sad for the Chinese but felt a sigh of relief as well because in this new season of fear and hatred, I had been cast out of future episodes of fear and loathing in America.

We, the Sharia law-imposing brown-skinned men are not going to be on the radar of fear and loathing in America, at least for the foreseeable future. It is nice not to be the villain anymore or rather a forgotten villain.

Considering the level of xenophobic sentiment across U.S. society after the outbreak, it is sad but true to conclude that it is not a good to be Chinese in America.