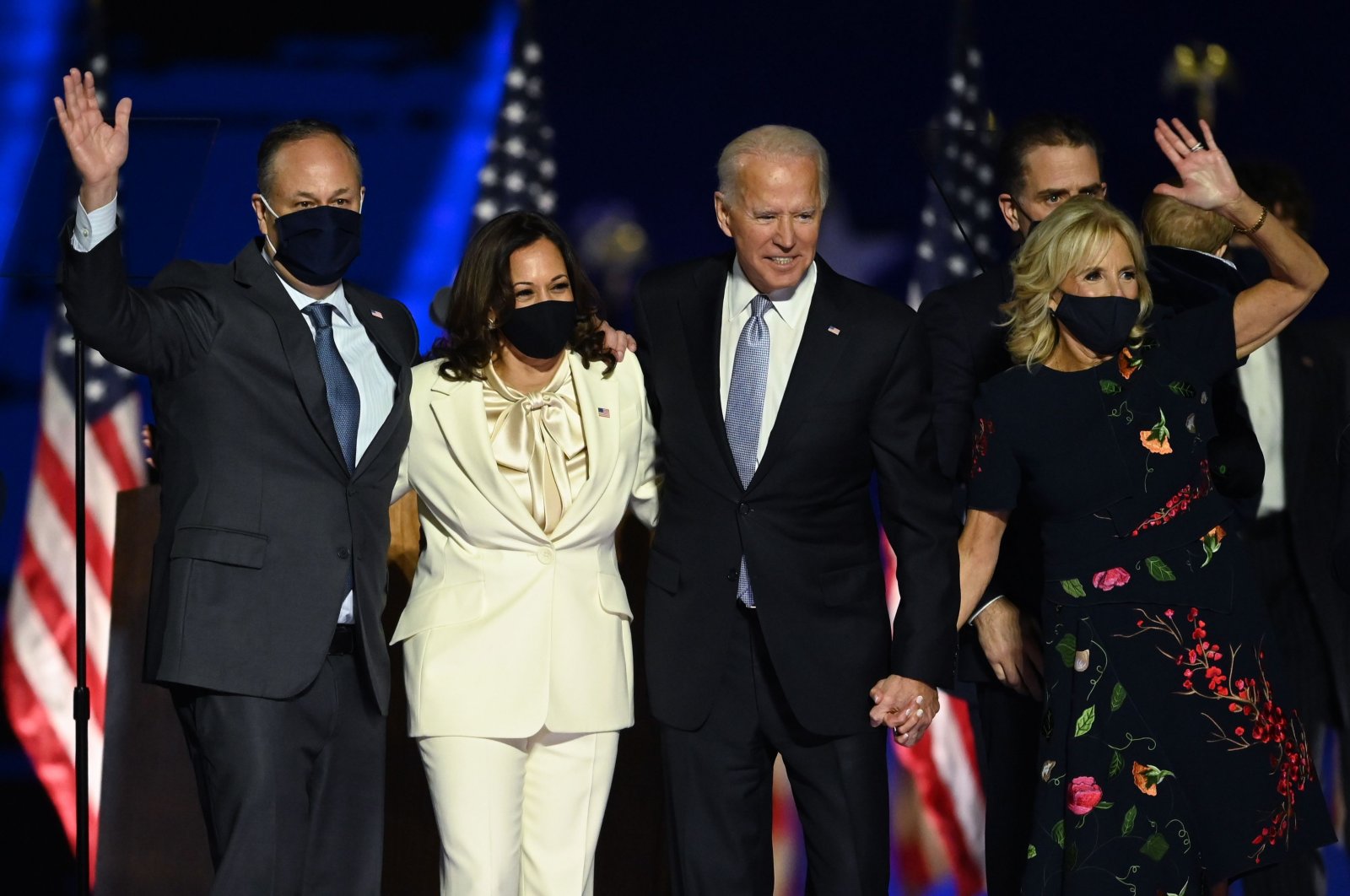 I was in Delaware on the night of the victory of President-elect Joe Biden and Vice President-elect Kamala Harris in the 2020 U.S. election. It took me 45 minutes on foot to reach the Chase Center after I parked my car, where tens of thousands of people gathered in Wilmington, Delaware – the hometown of Biden where he also ran his election campaign. I spoke with a large number of Biden voters while waiting for Biden's speech. People of all ages – teens, the young and old – were all gathered to hear his speech. In particular, young voters were dancing and saying they defeated Donald Trump, and Biden and Harris are their hope. Honestly, it has been a long time since I last witnessed such happiness and relief in the U.S. as a magnificent firework show followed the Biden–Harris address, where they welcomed the new term.

What a week for the American people who waited for a few days to learn the results of this important election. We have witnessed some firsts during the 2020 presidential election. Biden will be the oldest president in the history of the U.S. (he will be 78 when he actually begins his duties). He will be the 46th president of the U.S. and received the most votes (74 million) in the history of American presidential elections. In addition, he is the second Catholic president. When we look at Vice President-elect Harris, she will be the first vice president who is a woman, the first who is black and the first of South Asian descent.

Becoming the president-elect by leading the election with 290 Electoral College votes according to unofficial results, Biden, together with Harris, delivered their first speech in Delaware.

Vice President-elect Harris first took the stage to give her speech. Harris began with a tribute to the words of John Lewis, a late congressman and a civil rights leader who recently passed away: "Democracy is not a state; it is an act." "What he meant was that America's democracy is not guaranteed and that we need to fight for democracy in order for it to be strong," continued Harris, in her speech in Wilmington, Delaware. Harris added, "Protecting our democracy takes struggle, it takes patience and sacrifice, but there are joy and progress in the fight for democracy."

President-elect Biden's victory speech was outstanding and he said: "I pledged to be a president who will not seek to divide, but unify!" He stated that he would be a president for all Americans and not seek to divide but unify. Biden also stated that the people delivered them a clear, convincing victory, and their work will begin by getting COVID-19 under control in the country.

Biden will uninterruptedly emphasize unity and solidarity until the presidential inauguration ceremony on Jan. 20, 2021. Meanwhile, he also started working on plans and strategies for many issues, such as fighting COVID-19, the recovery of the economy, immigration and anti-racism. Even while waiting for the election results, he stated that he has been working on the fight against the COVID-19 pandemic with a team of his own. He also established a "transition team" to determine the names that will hold office during his term and his advisers, being sure to carefully check their backgrounds. They even published a website: buildbackbetter.com. Every new government makes an average of 4,000 political appointments, 1,200 of which require the Senate's approval. In my upcoming column, I will share the prospective names in Biden's Cabinet and those who may work closely with Turkey. One thing is for sure – all political appointments to the U.S. Department of State during Trump's office will be discharged.

The fact that Trump received 70 million votes is not to be underestimated. Everyone agrees that Trump would have most likely won again if it had not been for COVID-19. Trump's insistence will do him more harm than good. Indeed, many Republicans, including the Bush family, have called on Trump to respect the result of the election. Remember that when Trump won the Nov. 8, 2016 election, Barack Obama had called and congratulated him and hosted him at the White House prior to the swearing-in ceremony on Nov. 10, as is customary.

Trump is not expected to call Biden and invite him to the White House. One thing we do know is that Trump will not retire into his corner. He may remain in politics, prepare for 2024 and in the meantime, try to attrit the Biden-Harris administration.

However, what Trump needs to do now is to concede the election and leave the White House to Biden and Harris.