Only Donald Trump can end the violence 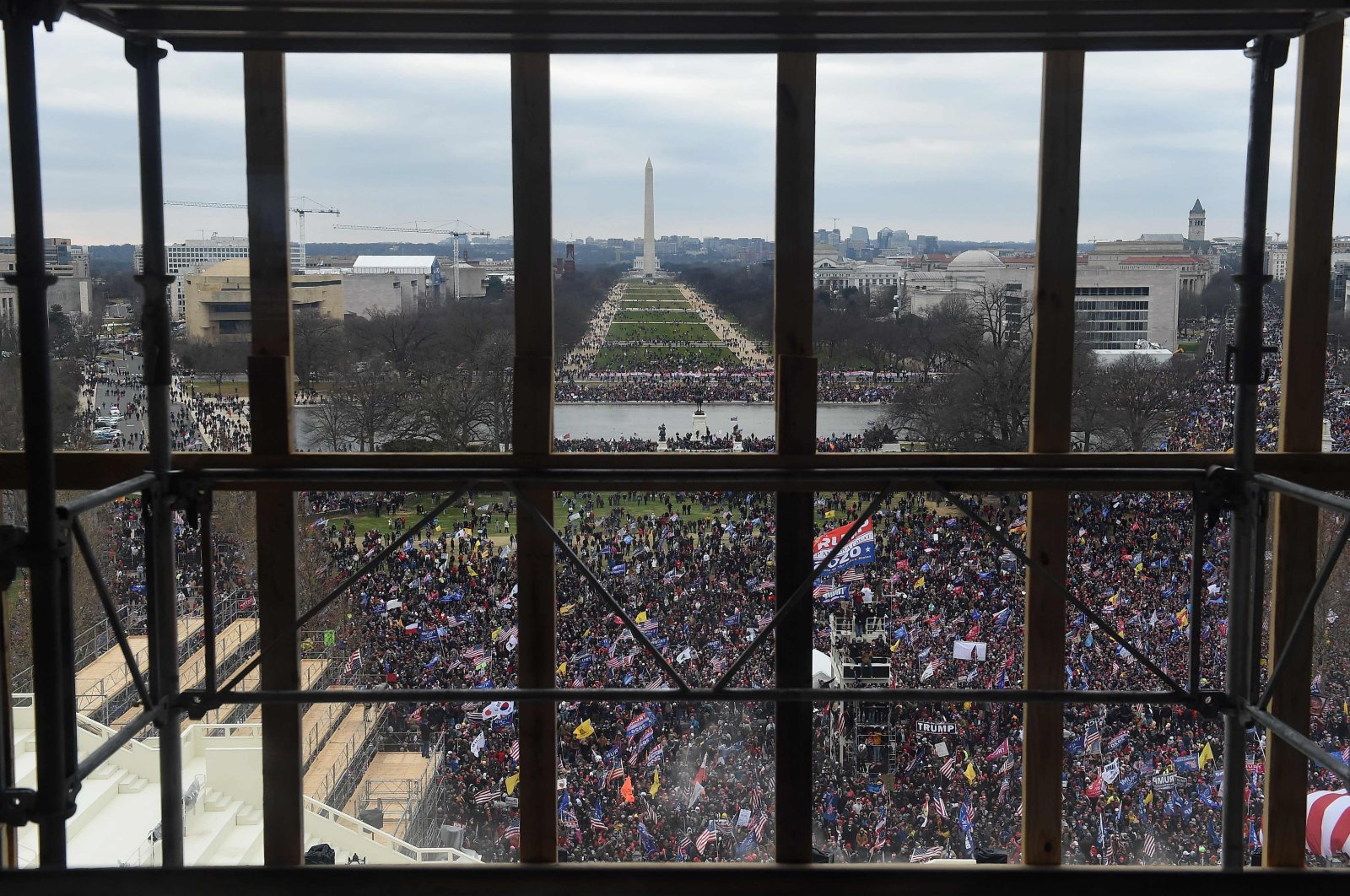 When U.S. President Donald Trump speaks publicly to his supporters saying, “We’re gonna walk down to the Capitol,” as he described the final two election results that came in as an “assault on our democracy” no one should be surprised if violence is the outcome.

The level of aggression on Wednesday in the name of "protecting democracy," which even cost lives, is a new low for Trump.

And under normal circumstances, Trump should be satisfied with nothing else: Regardless of whether one agrees with his policies or prefers another choice, the elections were meticulously monitored and ultimately declared fair and free as should be the standard procedure for a proud nation such as the United States of America.

Even a president who divided the entire nation along the often conflicting lines of his words and actions, he should eventually consider his legacy. And challenging the state of democracy simply by saying we did not win so it is not a fair election is ludicrous, to put it mildly.

Did Trump underestimate the potential of protests to cause mayhem?

No one can argue that Trump would not exactly know what potential outcomes his comments may lead to. A clever man by definition and a business tycoon who won and lost many times during his career and always came out on top is for sure not used to losing his biggest ever battle: Being reelected as the U.S. president.

Yet what surprises observers and probably even his closest aides is the sheer stubbornness of the unwillingness to accept reality. Trump had seen street and mob violence before, and it is in all likelihood correct to assume that a core group of ultra-Trump supporters is to blame for it.

We have not seen any other criminal elements sharing in those manifestations and attacks that rocked the country over the past months and even years.

In other instances, a number of far-right or far-left political fringe movements or outright terrorist cells would all too happily try to get a place of public (media) coverage so as to garner support for their very own illegal activities and try to increase the number of followers.

In this case, what started as a peaceful rally in Washington soon was hijacked by fanatic Trump supporters indeed and by no one else.

Hence the complete blame for what happened including the loss of life (four people got killed) rests with the Trump camp.

The American public should not mince their words and basically do what Trump so cleverly did while in office: speak up yet in an orderly manner and above all else, with respect.

There is a much wider picture to be closely scrutinized. The fact that there are racial imbalances in America, uneven pay structures, difficulties in accessing health care for low-income families and many other issues is nothing new, and these factors were not put in place by Trump. Although the Democrats often portray themselves as standard-bearers of equality, they held office regularly, too, and could not change everything for the better.

There are thus inherent and underlying fault lines and conflict zones in the U.S. that need urgent attention.

Trump’s call for his core supporters to assemble outside the Capitol building is just another sad milestone in increasing the level of violence.

But as it comes from the president himself some bystanders may actually say he is right, take to the streets or as in yesterday’s scenario, try to storm the U.S. Congress while it is in session.

The U.S. system of democracy must recalibrate itself, must redefine itself and must give hope to the younger generation in most cases already completely apolitical as what they seen on television resembles a cheap soap opera and not the American dream. And perhaps it is the nature of the American dream itself that needs an overhaul of dramatic proportions.

In a post-pandemic world, world solidarity acquires new meaning, and we shall soon realize that we live on a shared planet indeed.

It seems advisable for America and written with all modesty and even a fair amount of admiration for an otherwise inspiring and enterprising and welcoming nation to consider a few key elements of what constitutes this “dream.”

It is all about equality indeed and the right to live a free life. It is about participating in the social fabric of the country. It means the right to education. The list could go on and what better place to implement all this in a nation where even the "right to happiness" has a place in the legal framework?

Exactly an “outsider” like Trump should have known, should have done so much better. He started his campaign in order to stop the Washington elites as he called them from running the country.

The ordinary, average U.S. voter started to believe in him and wanted to make America great again, America first so to speak.

Except for a violence-prone small gang of core supporters, Trump has alienated everyone regardless of political color from his vision. His legacy is in tatters and it remains to be seen how history will judge him.

Having written that, no one should declare it is all over and let the Democrats do the job. The exact opposite is required: The healing must start from the side of Trump’s Republican Party.

Sometime after the shocking events in Washington, Trump announced that Joe Biden’s inauguration would not be obstructed; perhaps too little too late but at least a start to a possible return to political normality.

Instead of planning to play golf in Scotland or holding an alternative rally in Florida (if any of the two plans would ever materialize), Trump should attend that very inauguration on Jan. 20 and allow for a true democratic handover of power. Nothing else is required from a president who claims to know what true democracy means.