Only foreigners spread COVID-19? A racist voice from Austria 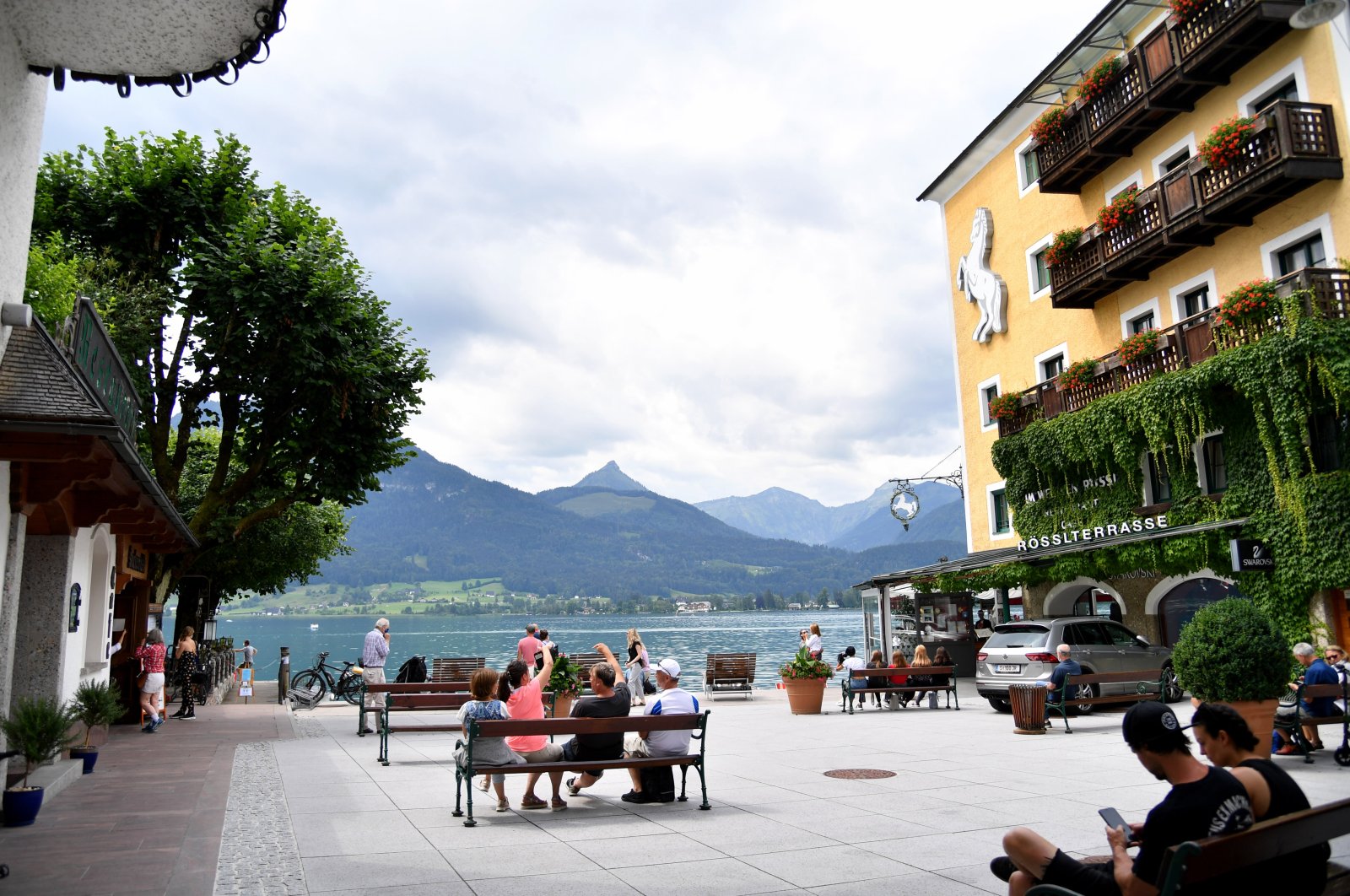 Holidaymakers are seen close to a pleasure boat embarkation point amid the coronavirus spread, at the banks of Wolfgangsee Lake in St. Wolfgang, Austria, July 24, 2020. (AFP Photo)
by Jurgens Klaus Sep 28, 2020 12:05 am
RECOMMENDED

Granted, the ongoing coronavirus situation is a stress test for all of us.

However, reacting by verbally running amok with derogatory remarks aimed at foreigners is indefensible.

Just picture this: a leading district chairman of Austria’s economic chambers in the Tyrolean city of Innsbruck takes to social media earlier and announces the following:

"Instead of immediately closing clubs run by Somalis, Turks, Yugoslavs and hipsters in which infections occur after midnight, hotels, restaurants and bars that have all possible safety measures and staff are tested weekly, are being forced to shut at 10 p.m. This is unfair and undifferentiated. No one understands this anymore."

The story, first reported in Tyrol’s leading broadsheet, Tiroler Tageszeitung, soon caused waves across the state capital of Innsbruck. Reactions were swift and resolute – for city politicians and many others, there was only one solution for the chamber's president: leave or get fired.

And here is what happened: District Chairman Karl Ischia resigned from his influential post.

Ischia is indeed a leading personality in Tyrol and not alone in making bizarre social media posts late at night. He has influence and power to influence others. Aside from other public roles, he formally served as chairman of the board of Innsbruck Marketing.

It is, of course, laudable to accept responsibility for such a sensational mishap by leaving office, but it is, nevertheless, too easy to simply sweep everything he wrote under the carpet.

Barbara Nessler, a Green Party lawmaker for the Austrian parliament, offered the most correct response, by saying that: "Racism is no business card for a federal state that is so strongly dependent on tourism."

Let us put Ischia’s ill-fated observations into a wider context. Some days ago, the regional government announced that as of Friday, hospitality venues, including bars, cafes and restaurants, have to close at 10 p.m. based on the government assuming the rate of infections was higher later at night.

Journalists should be careful when writing about an individual, as they most definitely have the right to defend themselves. So the trick is to offer criticism when it is due but to refrain from unfair comments. In this case, quoting a racist remark should never result in drafting a similarly derogative response but to state the facts and nothing but.

Regardless as to whether one agrees with such a decision or not and despite grave concern for the food and beverage sector, in general, asking whether such a move is justified just when people have started going out more regularly to savor just a little bit of an otherwise tough season, one thing must be made absolutely non-negotiable:

By singling out "foreign" and "hippie" parts of society and blaming them for a spread of COVID-19 at establishments perhaps managed and/or owned by the international community is nothing but cheap propaganda paired with xenophobia.

The word "hippies" or "hipsters" could easily be replaced by the word "gypsies" and so on and so forth and is a term that has often been used in a negative sense in the past by far-right politicians. Ischia’s analysis, if it merits that description, is thus not only illogical but could be interpreted as inciting hatred.

Even more shocking is that the former district chairman seems to have found the cure to the coronavirus problem in that it is only when Turkish, Somalian and Yugoslav citizens come together that the virus can spread.

Needless to say, with all modesty, that his understanding of geography seems somewhat blurred given that Yugoslavia as a country has not existed for 30 years. More troubling, however, is his use of the derogatory term "Jugo," referring to those of Yugoslav descent (basically meaning everyone whose family originally hails from the Balkans).

Are you perhaps of Turkish, Somalian or Balkan origin? In that case, better move someplace else, or at least close your businesses, as you are all super virus-spreaders, to sum up Ischia’s comments, or at least to interpret how respected members of those vital local communities feel when reading them.

Single incident or more to come?

During the height of lockdown, some months ago, Austrian society showed remarkable resilience and actually rediscovered what many say they had lost over the decades: solidarity.

Neighbors went shopping for the elderly, parents supported other parents’ kids in subjects they have knowledge of as distance learning took hold, and strangers said hello to one another on the street (albeit perfectly socially distanced). The latter is something that – if witnessed at all pre-coronavirus – only took form in the smallest of villages but never in towns.

Furthermore, People inquired about others and wished them a nice day during the weekly grocery shopping. It was as if everyone knew that this deadly virus might attack any one of us and hence we should be courteous and show sympathy with our fellow residents.

Nowhere would one expect to hear comments such as "COVID-10 came from abroad, so all foreigners are responsible." No one would dare to argue that a neighbor originally hailing from Turkey or Serbia is to be avoided because they carry the virus. Exactly to the contrary: residents are eagerly waiting for the day international travel can become possible again. So it was local people who happily took to the roads or tracks or skies and revisited "foreign" shores where they were made equally welcome.

Yet, just as Innsbruck and Tyrol struggle to get back onto the global tourism bandwagon, one of their leading marketing and business representatives has decided to verbally get up in arms about foreign residents – as if an "Austrian-Austrian" would under no circumstance ever catch the virus.

Well, if the federal state ever needed another negative headline, Ischia, has for sure provided for it.

Being the chairman of a business organization with many international members necessitates experience in diplomacy and the right vocabulary.

Let us hope this text highlights just one, isolated incident. The peoples of Tyrol are unique and welcoming to the world. The area is a leading global tourism destination that conducts business with a respect for multiculturalism. Racism and xenophobia have no place there indeed.