Outside Earth: Space law a must for countries to learn 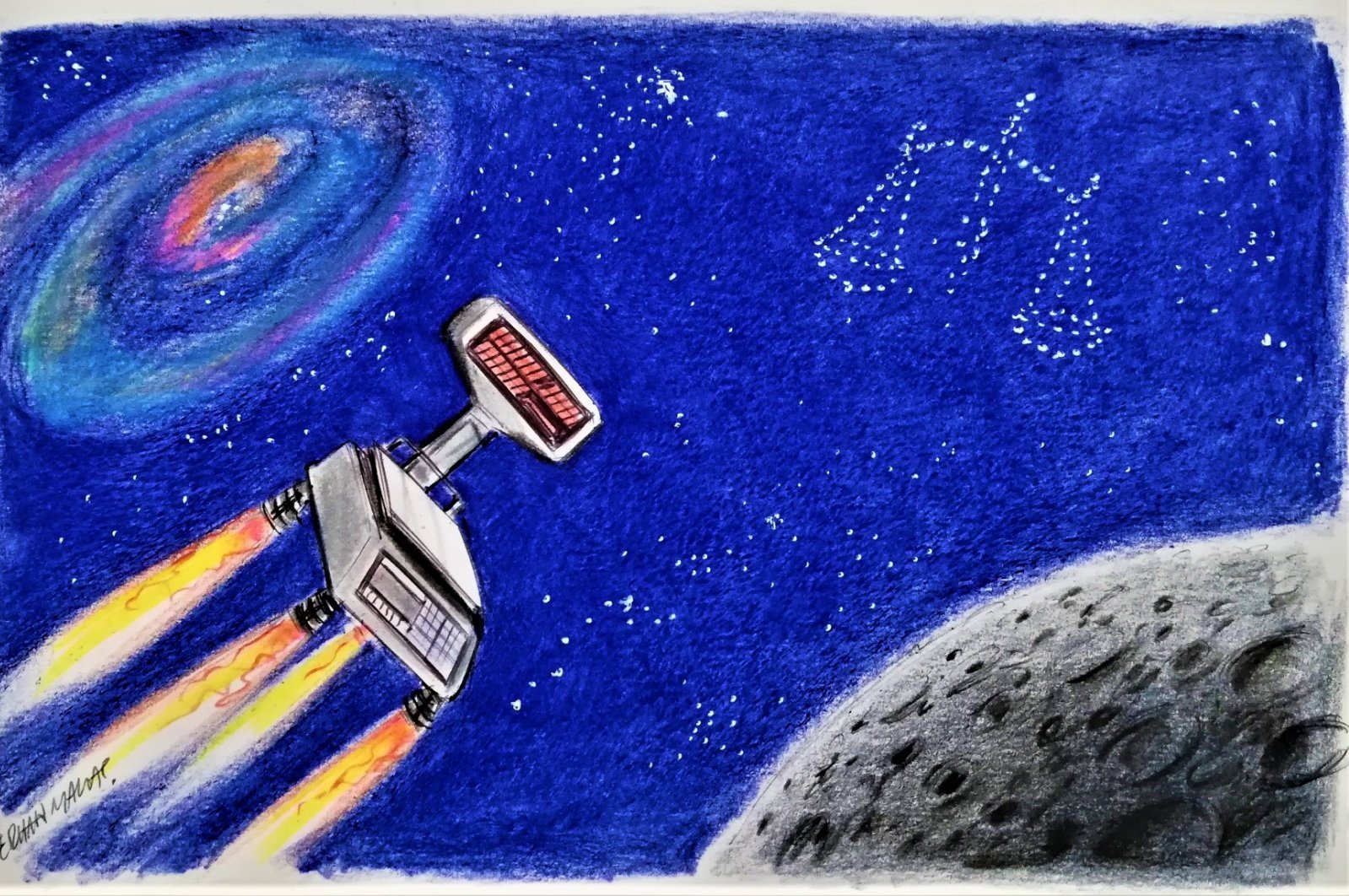 Space Exploration Technologies Company (SpaceX) is a space transportation company based in the city of Hawthorne in the U.S. state of California. The company was founded in 2002 by Elon Musk, who is the CEO of Tesla Inc. The company's purpose is to reduce the cost of space transportation to enable the colonization of Mars. To date, it has developed space launch vehicle and rocket systems specially designed for reusability from the ground up, Falcon 1 and Falcon 9, and a spacecraft called unmanned Dragon, orbited by Falcon 9.

The test flights of the first aerospace vehicles, designed to operate at high speeds and altitudes by combining aviation and space technologies, were successfully completed in the late 1950s. In addition, another important step was taken in the aerospace transportation systems with the introduction of similar but more advanced space shuttles by the National Aeronautics and Space Administration (NASA) in the 1980s within the framework of the space mission.

Moreover, significant successes achieved in the production and testing stages of the new generation aerospace vehicles, which have been designed in various models in recent years, show that a new field of opportunity will be opened for human life in the very near future. These vehicles are planned to be used in missions such as space transportation, sub-orbital space tourism and international air transport.

As part of this last mission, it is calculated that a sub-orbital type of aerospace craft that will also use a partial space route will complete its flight from one point of the Earth to another point in a much shorter time period than a commercial aircraft (approximately one-eighth).

Aerospace vehicles, which have been implemented for some limited purposes and are expected to have various functions that will significantly affect human life in the near future, do not already have a unified legal regime.

For this reason, many legal experts have investigated the question of what legal regime these vehicles, which possess both aircraft and spacecraft characteristics, would be subject to. The main objective of this study is to address the air laws and space laws that are relevant at first glance and what international rules would apply to these vehicles within the framework of the law.

With the installation of Sputnik 1, the first artificial satellite (man-made satellite) to orbit Earth, by the Soviet Union on Oct. 4, 1957, mankind began to use space directly and make new discoveries by means of self-produced instruments.

This development, just as in the wake of the discovery of aviation, created the necessity of defining the relevant field, vehicle and activity legally. In this context, the question of whether this new issue will be defined by air law rules or subject to another legal framework has also been raised.

Shortly after Sputnik 1 was placed in orbit, the U.S. Air Force, sent its commanders a declaration about future aerospace vehicles, pioneering the development of a new concept that would define airspace and space as a single environment. Again, within the framework of the concept of “aerospace” cited in a small dictionary called “Interim Glossary: Aero-Space Terms” prepared by Woodward Agee Heflin in 1958 and published by Air University (AU), headquartered at Maxwell AFB, Alabama, the air cover (atmosphere) of the Earth and the space beyond it have been accepted as a single field of activity in the flight of aircraft and in the launching, management and control of ballistic missiles, satellites and steerable spacecraft.

Those who previously argued that all flights should be handled within the same legal branch, regardless of with which vehicle and at what altitude they are carried out, have been among the first to strive for the founding of an “aerospace law” branch, which covers flights both within and over the airspace in their subsequent studies.

Thus, they adapted the definition of “air law,” which they had previously presented, with the necessary amendments to aerospace law. Indeed, it was impossible to exactly define the subject of space law to be treated as a separate branch.

This is because if it was proposed that the space law would be applied to space beyond the airspace, then the question of where space begins would be encountered; and if it was suggested that it would be applied to means capable of flight in space, it would give rise to a beside-the-point situation where these vehicles would be subject to space law while on the ground or in the airspace.

According to those with similar views, given the uncertainty of the scope of space law, the issue of the boundary between airspace and space, the possibility of authority conflicts between states even if a border is agreed on, and finally the new issues that will arise from studies of aerospace craft; it would make sense to propose a legal order encompassing the aerospace continuum and consolidating the activities in the related area under a common regime, instead of two completely independent areas of law.

There are also five basic declarations prepared by the same committee and adopted by the U.N. General Assembly (UNGA). In addition, the UNGA has made many decisions on space since 1958.

“Solaris” is a novel by science fiction writer Stanislaw Lem based on the impossibility of communicating with aliens in the event of an encounter. He is also a bit angry at Russian director Andrei Tarkovsky for changing this dimension. He says he made “crime and punishment” in space.

Tarkovsky, however, produces more questions than answers in “Solaris,” just as American filmmaker Stanley Kubrick did in “2001: A Space Odyssey” and invites the audience to ponder about them.

In contrast to the theme of aliens visiting our world, in the film, human beings visit Solaris, a planet in space. Solaris is an ocean-covered planet. Do you remember “Interstellar?” Many more science fiction films have been inspired by “Solaris.”

The ocean covering the planet is actually a gigantic brain. It is an alien mind that can read the human mind. What is more, this deep ocean can penetrate your deepest memories and animate them. People put a space station in orbit to observe the planet. Ironically, however, the planet begins to observe them.

It is not the kind of movie you are used to, and it is not easy to watch. To get into the world of the film, you have to get into the mind of the director who made it. You have to act like Solaris. You should read the director's diaries and books. Instead of a glitzy space trip at the speed of light, you will be watching a sequence that takes about five minutes on the road. As the car you will see there travels at 55 kilometers per hour (34 miles per hour) and tests your patience, you will think that the giant spaceship called Earth is moving 2,000 times faster than it is.

At the point reached today, you may raise questions such as “Whose moon is it?", "How will countries in the world share the moon and will it be shared based on surface areas on Earth?", "What about Mars?” and “Will those who can go to it and cannot go to it be the same?” before you think what a fantastic and futile subject it is.

Much has changed both in technology and in space, from the periods when conquest and ownership were the main elements, and the idea “wherever I plant my flag and I settle in is mine” prevailed, to the present period in which we have begun to examine the soil on Mars for the settlements we will build on the surface of the planet.

The armament, commercial use, settlement and the colonization of space, celestial bodies and space stations have ceased to be a science fiction film script and have become everyday matters of the technical and legal world.

In fact, some private companies' preparations to start extra-atmospheric travel and lunar tourism show that tourism law and consumer law should also be involved. The famous maxim of Roman Law “whoever owns the soil, it is theirs up to heaven and down to hell” was later included in the 1919 Paris Convention and was replaced by the right to “innocent transition” in the 1944 Chicago Convention.

Accordingly, each country had the right to control the air space above its territory and the right to state sovereignty over it. With the escalation of the space race at the end of the 1950s, and especially with the two states becoming active in extra-atmospheric space, the issue began to be discussed first by bilateral negotiations between the U.S. and the USSR, and then by the United Nations.

While the world's superpowers today clash with each other right under our noses – at our borders – or seem to be in trade wars or cyber wars in the global arena, which is partly so; they are building joint space stations, establishing joint space mining and space tourism companies and preparing projects for space campuses together outside the Earth, in space and on the moon.