Pakistan at critical juncture for counter-hegemony 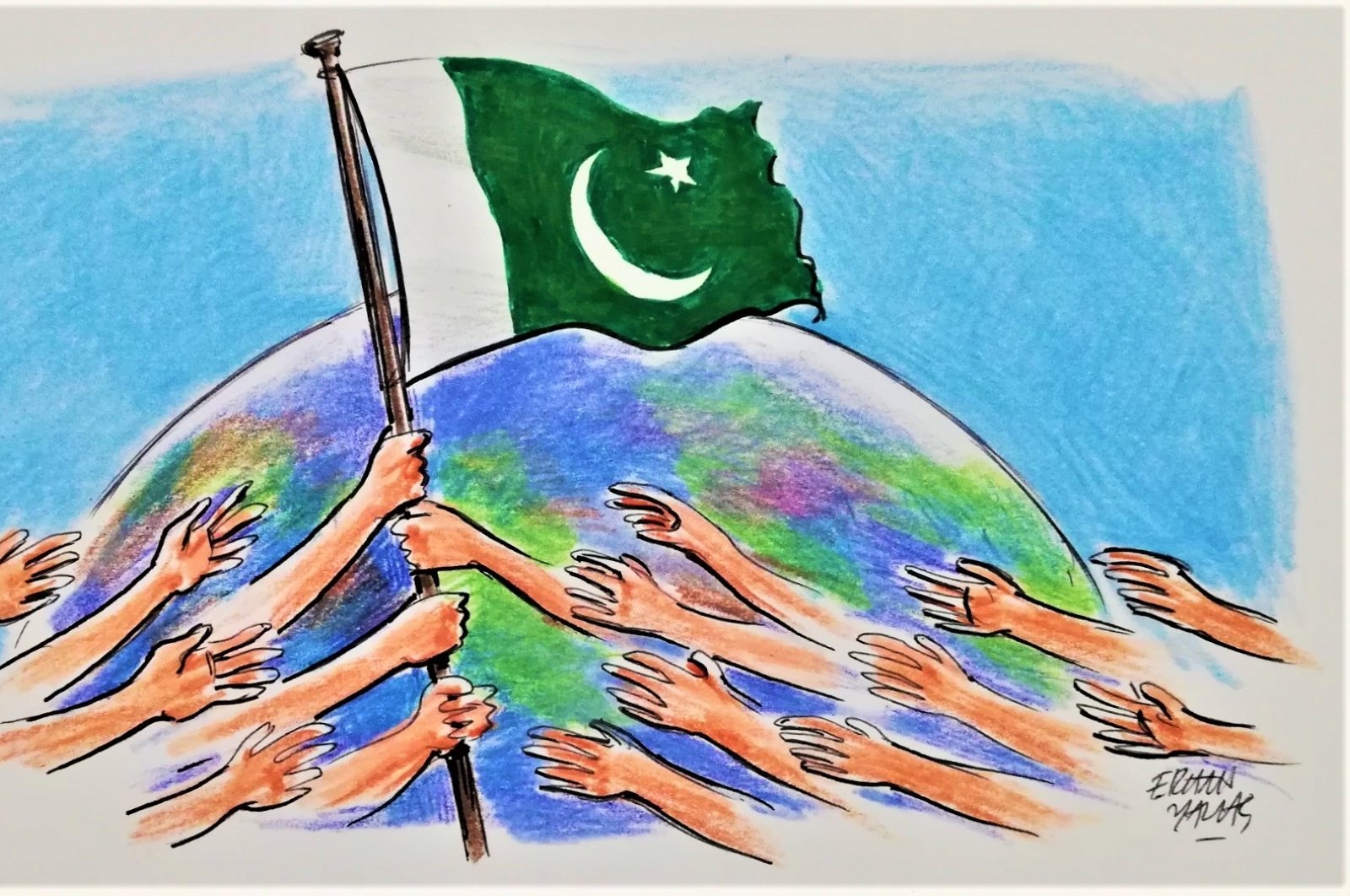 The rapidly shifting geopolitical realities, a newly emerging international security situation and (especially) the current circumstances in South Asia behoove Pakistan to treat the Kashmir issue as its top priority – and thankfully Islamabad is doing just that.

The recent statement by Pakistan's Foreign Minister Shah Mahmood Qureshi concerning the establishment of an alternative Muslim bloc to deal with the Kashmir issue – in the face of Saudi opposition to raising it within the Organisation of Islamic Cooperation (OIC) – is certainly historic.

Not for the past half-century has Islamabad issued any statement even remotely close to one as "confrontational" as this one. There are, of course, a variety of factors at play, which have led to the culmination of the audacity of the current Pakistani government to be so publicly explicit and candid with the House of Saud.

Pakistani Prime Minister Imran Khan's incredibly vocal and relentless pursuit of justice for Kashmiris in the face of India's annexation and ongoing settler-colonial brutality in the region (driven by the Bharatiya Janata Party’s (BJP) far-right ideology) – and the House of Saud's immediate blessing of India's inhumane action is one such factor. The humiliation that the prime minister personally felt when Mohammed bin Salman (MBS) vomited all potential threats to Khan and to Pakistan to prevent him from attending the Kuala Lumpur Summit proved to be a good lesson of what kind of a “friend” MBS is to him (and to Pakistan).

Simultaneously, there are larger geopolitical tectonic shifts taking place, albeit gradually, that are increasingly enabling Islamabad to commit to affirming its sovereignty, autonomy and a deeper process of decolonization.

The U.S., in its typical transactional and opportunistic way, is completely dependent on Islamabad for some type of withdrawal from Afghanistan. The U.S. national security establishment is becoming very nervous about Pakistan's indifference to Washington because of the former's strengthening relations with China.

China, on the other hand, is effectively encircled by American naval ships and bases dead set on some form of confrontation with Beijing at some point – making Pakistan's Gwadar port literally a lifeline for China to satisfy its insatiable hunger for energy as well as its preponderant role in global trade and supply lines.

In addition, it is becoming clear that there is something remarkably different about the current political dispensation in Pakistan itself. Both the civilian leadership of Khan and the dominant sections of the military high command are in agreement about much of the foreign policy and national security objectives of the country at this critical historical juncture. This is something that many "Westoxicated" liberals in Pakistan aren’t happy about.

Islamabad no longer seems to be handicapped by either the old Cold War framework or the "War on Terror" that kept Pakistan subordinated and entrapped within the needs of Washington.

Pakistani historian Ayesha Jalal has a predilection to highlight issues of self and sovereignty in post-colonial states such as Pakistan. Now is the right time to reimagine an Islamicate reconstruction embodied in the Pakistani polity.

And crucially, it is at this time when the weaknesses, not the strengths, of global and regional Zionism, are on full display. Both Muslims throughout the world as well as the millions upon millions in the Global South and Global North who have been in solidarity with the Palestinians, the Kashmiris and with oppressed peoples everywhere, see the blatant contradictions of countries like Saudi Arabia, the United Arab Emirates (UAE) and Egypt. These nations not only refrain from calling out the crimes against humanities that Israel and India are perpetrating but on the contrary, opt to bestow awards on them (to Modi) and/or legitimize their atrocities (by recognizing Israel in its post-1967 form).

These contradictions can no longer be concealed. Leaders like Khan and Turkish President Recep Tayyip Erdoğan realize that this is the moment where meaningful Islamicate integration between Muslim nations and societies, seriously committed to social justice, could finally lead to the demise of what many analysts call the curse of Saudi Wahhabi hegemony.

As is well-understood, this is no easy or insignificant geopolitical maneuvering. It may very well take some time, but the signs are there. The effective enslavement of Islamabad to Riyadh due to economic matters may one day see its pleasant end when Pakistan's leadership starts taking more trips to Doha than to Riyadh.

It's a choice that Islamabad needs to make. Having disentangled itself from various humiliating forms of subordination to outside powers, it seems pretty clear that this dynamic of subordination has one remaining irritant left for Pakistanis: that of the House of Saud.

Fortunately, the Pakistani leadership has the choice to be more independent and affirm its own dignity in deepening its integration and cooperation with other Islamicate countries such as Turkey, Iran, Qatar and Malaysia, as well as with other nations from the Global South. That seems to be the only way forward to deepening decolonization for real, meaningful independence.

Zooming out, we can see a trend of shifting alliances in the world, especially in the Eastern Hemisphere.

China is leading a bloc joined by Russia and Iran. Turkey and Malaysia are mobilizing too, and it will not be a surprise if they try to jump in as well. Pakistan, in such a situation, finds itself in a very favorable position both geopolitically and economically. If addressed well, this is arguably the most critical juncture in the country’s history for Islamabad to take advantage of.

*Professor of Religion and Global Politics in Islamabad, Pakistan, and a Research Fellow at the Center for Islam and Global Affairs (CIGA) in Istanbul

*Lecturer on Islam and Decolonial Thought and Director of the Center for Global Studies at the University of Management and Technology, Pakistan
RECOMMENDED