Political marketplace in Somalia: Penetration of money in power 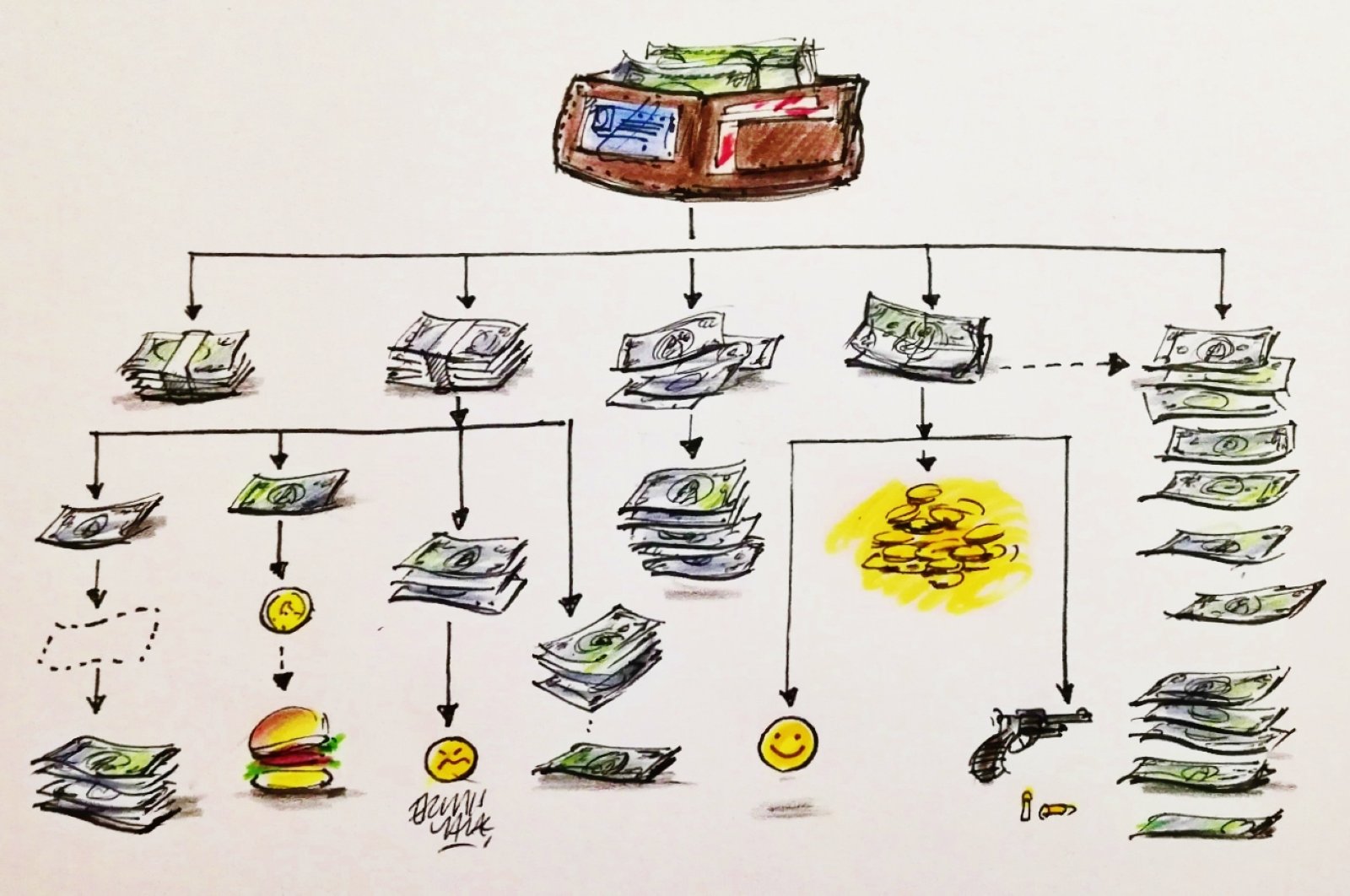 In Somalia, money is crucial for everything, and it has shaped the dynamics and nature of its politics and power. For example, it plays an important role in who comes to power or wins elections. It also plays a great role in what sort of policies should be adopted or implemented.

Its penetration into politics and relationship with power in Somalia would need a dedicated section of the study. To understand how money controls everything about politics and power, it is important to understand where it begins and how it helps people get elected as the representative of his clan in the parliament.

What is the concept?

The concept of the political marketplace was developed by Alex de Waal, a British expert in politics in the Horn of Africa, to describe what he calls the real politics in the region. He aimed to come up with a theoretical framework for what is exactly happening in the region in terms of power and politics.

The concept seems to be gaining more attention among scholars who are interested in the region and its politics. It greatly emphasizes the business of power at all levels of local, national and regional politics including what he describes as “political-military business practitioners.”

What de Waal is trying to describe here is the political and economic circumstances of the modern Horn of Africa with nation-state focused studies. By his prediction, the political marketplace is characteristically dynamic, and the modern technological changes and communicative ways have increased the price of devotion and loyalty which is significant in this political environment.

However, what is central to this system is violence and the ineffectiveness of law. De Waal points out that violence stands out as a tool of bargaining, as well as indicates the intentions and abilities of the actors competing within such system, often optimized in peace talks which directly standardizes the trade and haggle on devotion and loyalty through national, regional and international patronage networks.

In this environment where money and loyalty are key to everything, de Waal identifies minerals and hydrocarbon as significant sources of conflict and violence. This makes the distribution of its wealth problematic, while illegal transcontinental finance, intercontinental army trade and the war against terrorism, championed by the West, play a critical role in easing and protecting the transactions and dealings in the marketplace.

Not only that but also it maintains and sustains all significant “political budgets” of those in power. To justify his postulation, de Waal references many interesting anecdotes that explain the level of political elites’ wealth which seems to be the core of his theory.

On the other hand, he uses the term “near-perfect” political marketplace for Darfur where he argues that it is easy to join rent-seekers but expensive to auction loyalty. Despite the separation of Sudan, the political business managers such as Omar al-Bashir had continued to run a system of patronage, which only benefited the capital city with no intention to expand the governance into the peripheral areas.

In the case of Somalia, de Waal discusses two contrasting cases, Somalia and Somaliland, which unilaterally declared its independence from the rest of Somalia.

He points out that Somalia’s state-building is based on external rents or external funds which, one way or other, has been contributing to its political instability and state dysfunctionality, and in the latter, the extension of governance has come from the same reasons which have allowed for the triumph of the political marketplace with the support of domestic business elites.

Generally-speaking, de Waal tries to explain how money and rent-seeking political agendas have triumphed in the region, while it benefits some countries and destabilizes others by creating proxies and factions that work for the interest of their political masters.

In Somalia, during elections politicians spend millions of dollars to buy votes, either for the parliamentary race or the presidency. While others run to just make the competition seem uncorrupted and fair, in reality, they are the maids of these corrupted politicians whose main aim for power is to loot and make quick cash out of politics. In other words, to get back the money they have spent on running for the post.

Since the central authority collapsed in 1991, Somalia has been perceived as one of the most corrupt countries on earth by Transparency International, due to the lack of effective government institutions and constant social and economic crisis.

Having said that, corruption elevates and raises to its highest peak during the election period, its first phase begins with clan elders who auction the position of representatives of clans in the parliament.

This is the beginning of high-level normalized corruption that continues throughout the election. The second phase starts when the person who won the nomination of his clan’s parliamentary post meets with one of those who are running for the presidency as his main concern would be who would pay him most.

Nominated or selected members of the parliament keep meeting with candidates one after the other by auctioning their votes to the highest bid with one objective in mind – getting back the amount of money they have spent on winning the nomination of the clan for the parliamentary post.

This indeed takes away the veracity and integrity of the person and the election as well, but it seems in this environment where the money is the only thing that matters, nobody cares about values and principles. This immoral and wicked behavior has been normalized across the country and has become a political culture with strong roots and support of the public political sphere. This can be understood from when conversions about elections and candidates come up, where the only answer you get without hesitation would be that the one with the most money will win. This was the sort of answer I encountered over and over again when I visited Garowe, the capital city of the autonomous administration of Puntland in late 2018 during the election period.

Unfortunately, the reaction of the public was more worrying and nerve-wracking as they seemed to be very delighted and happy with how things were going on. Even the educated youth who are supposed to oppose such political culture have been defeated by this well-rooted norm and make them fall in line with this impressible political culture.

The third phase begins soon after the election ends, as the candidate who has the most money bought the necessary votes and comes to power, one of his key objectives would be getting back the funds he has utilized through corruption and looting.

Generally, in Somalia, elections portray the level of corruption, as well as how money has penetrated politics and decides who wins and who loses. Bribes and foreign funds are key to this political atrophy as it encourages many politicians to ask or take funds from foreign actors.

Even the public is very keen to know who is funding who? This seems to be normalized without fearing any political consequences or feeling moral decay, even the candidate would dare to tell his foreign funder publicly. This was the case when I met with one of the presidential candidates of 2017 when he said, if his foreign ally would have delivered the funds on time, he would have been a president now.

For him, this was the reason behind his loss. In one way, this sort of story showcases the lack of morality and decency among the political elite and in another way, how money and specifically foreign money has taken control of politics and power in Somalia.

Despite all efforts by the stakeholders to improve the quality of elections and fairness in Somalia, yet the 2017 election marked a milestone of corruption, bribery and fraud, according to political analysts, diplomats and international organizations.

However, as the country is expected to hold another election in 2021, with the possibility of postponing it due to the model of the election and now this pandemic crisis, corruption is expected to hit another milestone again. Foreign funds will be flown into the country for bribing politicians.

To be realistic, we should not expect big changes: Money will be in charge of who will win the election or comes to power. This raises a myriad of questions such as: what is the solution for a country like Somalia where money has penetrated politics and developed a very close relationship with power? What is the way out? Is it one man, one vote? Could there be a possible solution to getting rid of the influence of money in politics and power?

As a matter of fact, one man, one vote has been a political goal for Somalia since the last election. The international community, which is a key stakeholder of Somalia’s state reconstruction process, has been pushing for this to happen regardless of its quality and fairness.

It was believed if the process begins it could pave the way for a democratization process, but local political elites have opposed it and argued that the country is not ready yet for such a voting system due to the security challenges and institutional incapacity. Of course, assessing the current security status, Somalia is not ready to hold such an election that would need capable institutions and social awareness or consciousness.

However, considering the level of political fraud and penetration of money in politics and power from both local and foreign interests, makes the only way out to be one man, one vote. This is how Somalia can defeat this political system of corruption free-for-all and money-controlled politics, which also invites political fraud and bribery to be focal for the electoral processes of Somalia at all levels nationally and regionally.

At least, moving to a multi-party system will allow the public or in other words, the people, to pick their choice. The sort of leadership they want to be their president will indeed reduce the influence of money, especially this foreign cash flowing into Somalia during the election period, over politics and power. But one question will remain critical throughout this process concerns how Somalia will harmonize clannism or clan loyalty with a multi-party system.