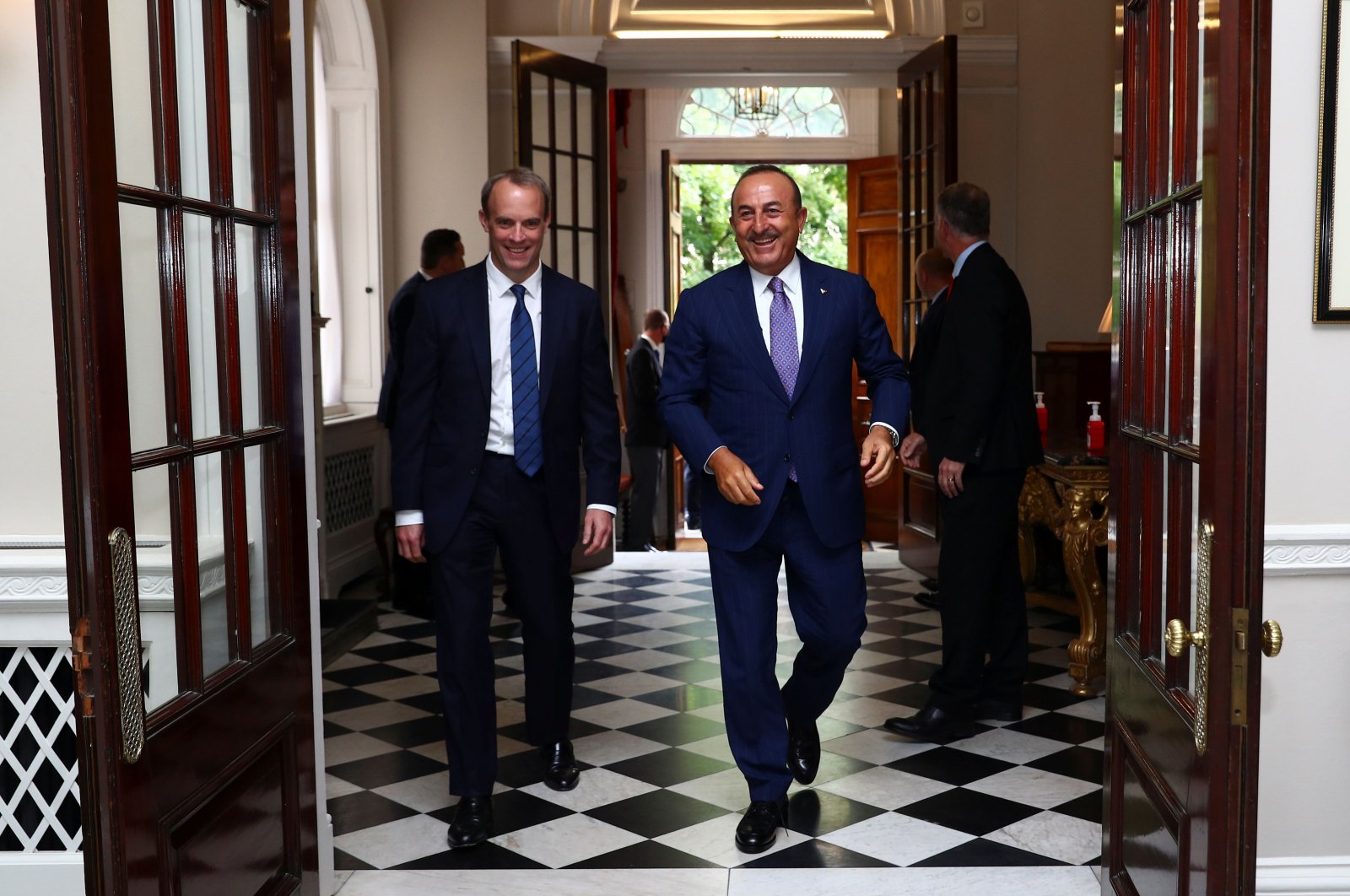 On July 8, Turkish Foreign Minister Mevlüt Çavuşoğlu flew to the U.K. for another working visit. Observers might wish to take note of the extremely high levels of mutual respect and trust shared and enjoyed between both nations. Among the many issues on the table, preparing for the post-Brexit bilateral world and the battle against the COVID-19 pandemic were expected to receive the bulk of the officials' attention.

This brief analysis will attempt to shed light on three related subjects. First, what makes British-Turkish relations so unique? Second, is it all about trade? And third, how could both nations become even closer partners in a joint post-Brexit, post-pandemic world?

That's what friends are for

Borrowing from a famous classic pop tune, the header of this first section says it all: Ankara and London – of course over time and not in one day – have become partners in the truest sense of the word. Infrequent upheavals are nothing extraordinary in this regard. On the occasion of Çavuşoğlu's meeting with Prime Minister Boris Johnson, one might recall the use of Turkish citizens and potential migrants during the pro-Brexit campaign. Who did it? None other than Johnson himself by forecasting the threat of tens of millions of Turkish nationals supposedly itching to rush to British shores the day Turkey joined the European Union – a scenario only possible if Britain were still part of the Brussels club.

That is all water under the bridge today and as a matter of fact, it was once again Johnson in his capacity as then-foreign minister who flew to Turkey in September 2016 to express his government's solidarity with Turkey after the heinous coup attempt only two months earlier. Johnson was the first European foreign minister to go there – a fact dearly remembered in Turkey.

Over 34,000 permanent residents in Turkey originally hail from the U.K. The opposite number is somewhat more complicated to determine as statistics relating to citizens of Turkish origin often include those who refer to themselves as Turkish Cypriots, but it is assumed around half a million U.K. residents have some form of Turkish roots regardless of their birthplace.

Then there is tourism. Over 2.5 million visitors embarked from the U.K. to vacation in Turkey.

These numbers, as impressive as they are, only show one side of the mutually beneficial coin: think education and trade; consider science and using English as means of communication which is widely spoken in Turkey, too. And above all else, it seems that both nations prefer a fair amount of independence while solidly staying put in a globalized context, too, with Brexit on one hand and ever-growing frustration on the Turkish side for having been kept in the EU's waiting room for decades on end, on the other.

Absolutely. Besides the aforementioned human relations dimension and with regard to trade, we will discuss Ankara and London in this last section. And though the two nations do not agree on every foreign policy issue, they do agree on the broader picture.

This entails becoming global, or at least regional, foreign policy actors in their own right. Both countries refrain from aggressive maneuvers. However, London understands, for example, the Turkish incursions into Syrian territory were acts of defense in an effort to stop a rogue terrorist state from being established across its southern borders, and not an act of war.

Similarly, London offering millions of Hong Kong residents with special overseas status British passports is not considered an act of aggression toward Beijing. It is instead, similar to the Turkish case, an act of humanitarian aid that demonstrates that democracy and freedom of speech matter. These moves emphasize the importance of countering oppression, whether it is being executed by a powerful state such as China or by a rogue terrorist militia and its supporters across Turkey's southern borders.

It is no wonder then that the situation unfolding in Libya was on Çavuşoğlu's agenda during meetings with Johnson and British Foreign Minister Dominic Raab for his one-day working visit.

Of course one has to take a closer look at what was discussed from the perspective of restarting both countries' economies that have been affected by the coronavirus crisis.

Çavuşoğlu told the Financial Times while in London when being asked about the upcoming free trade deal that: "It's going very well, and we are very close to finalizing it. If you look at the volume of our bilateral trade, 95% of it is industrial products, and we agreed on that, and 5% is agriculture and services."

With just about 2,500 U.K. enterprises active in the Turkish market and well over 10% of that figure Turkish companies with a stronghold in the British market, the foundations for a solid free trade agreement are most definitely in place.

With an annual trade volume of almost $24 billion, there is, however, enough growth potential to reach even higher levels in the coming years.

This progress involves one condition, of course: Both states' national economies must become fully weatherproof, so to speak, for a possible second wave of the coronavirus. Sound financial and economic policies must be in place, including keeping trade and commerce routes open should regional lockdowns ever become a necessity once again.

Political uncertainties should be kept to an absolute minimum and in this context, it is a positive sign that Brexit is indeed going ahead, allowing the U.K. to become a very reliable trading partner as well as foreign policy partner. From a Turkish perspective, this much-needed clarity would push bilateral relations to a new high. From a British perspective, securing Turkey as a tried-and-true trading partner with a free trade deal would ensure stability and market certainty, too.

In conclusion, U.K.-Turkey relations are resting on more than just one particular policy-making pillar. There is much more to that relationship than simply talking trade. There is foreign policy, tourism, education, science and of course, the humanitarian issues, among other factors. In a post-Brexit, post-pandemic world, Ankara and London have just started to write the next chapter in their bilateral relations.