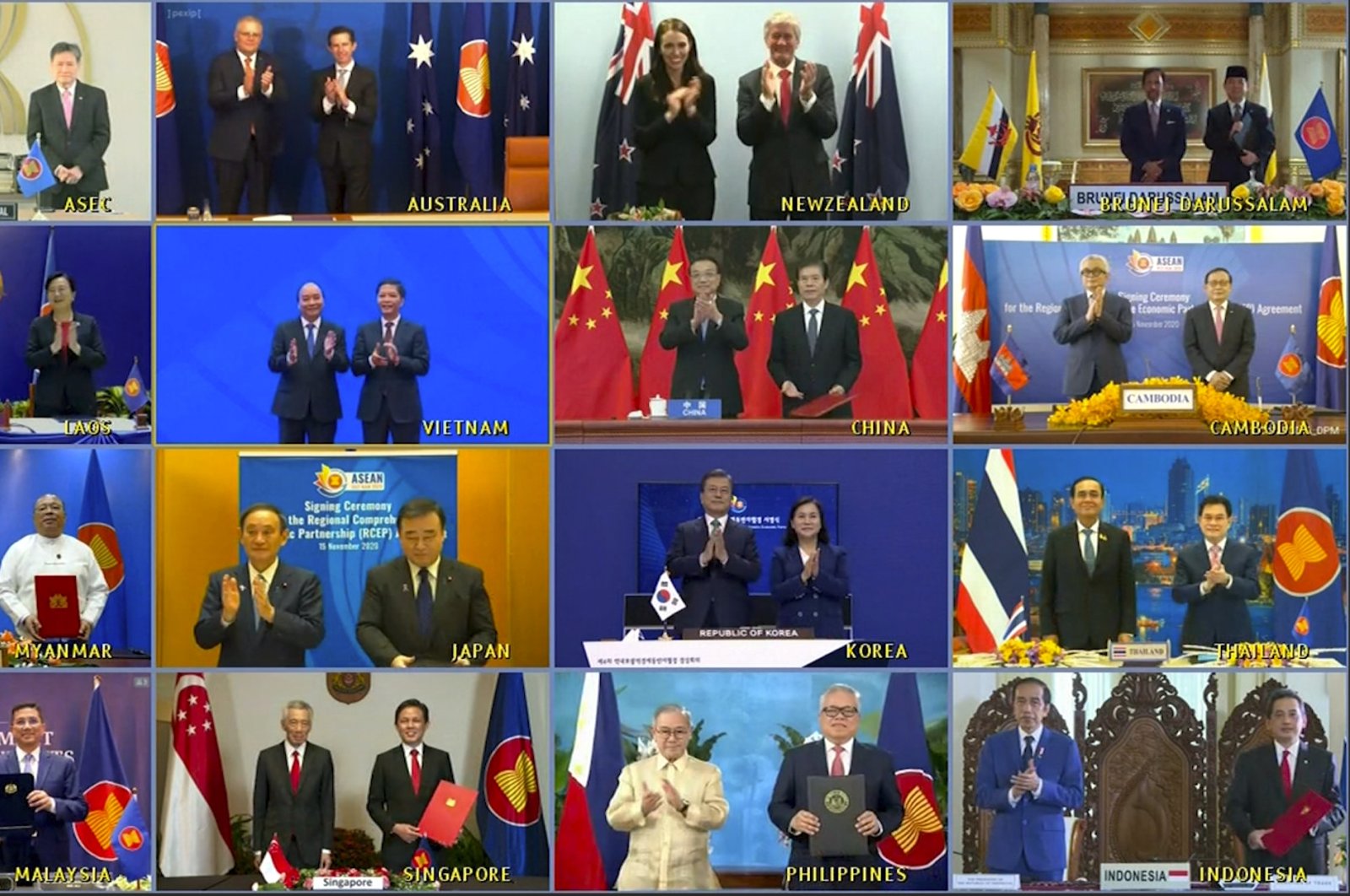 As the coronavirus pandemic continues to dominate the global agenda and the U.S. deals with post-election issues, 15 Asia-Pacific countries took a very important step toward creating the world's biggest free-trade region by signing the Regional Comprehensive Economic Partnership (RCEP) on Nov. 15.

Trade is a natural extension of not being self-sufficient, and specialization through trade enhances the efficient production of goods and services that people need. However, international trade has changed over the centuries.

For instance, before the 19th century, mercantilism was the dominant economic ideology in Europe, according to which European countries encouraged exports but protected their markets from imports. Of course, when all countries try to import less, world trade shrinks.

During the colonial period, however, colonial powers imposed the terms of trade on their colonies, compatible with mercantilist policies but far from being free and fair.

The economic benefits of free trade have been advocated since Adam Smith's concept of absolute advantage in his book, "An Inquiry into the Nature and Causes of the Wealth of Nations," published in 1776. But it was British political economist David Ricardo's comparative advantage theory, which came out in 1817, that grounded free trade on a strong economically logical foundation. Smith, Ricardo and other classical economists built their theories as counterarguments to Europe's centuries-old mercantilist policies.

In the 19th century, world trade flourished with an increasingly Europe-centered liberal trade. World War I and World War II disrupted world trade, and during the interwar period, the world's major countries engaged in trade wars with high tariffs, quotas and devalued currencies, aiming at reducing their imports while increasing exports. Such practices significantly reduced world trade and contributed to the Great Depression, which started in 1929 and continued through the 1930s.

Understanding the harms of protectionism during the interwar years, the world's major economies signed the General Agreement on Tariffs and Trade (GATT) in 1947 to reduce tariffs and other trade barriers over the years. After eight rounds of negotiations toward liberalizing trade, membership in the GATT grew over the years, and in 1995, the World Trade Organization (WTO) was created to administer GATT-based trade agreements, to create a platform for further trade liberalization negotiations, and to create a mechanism to solve trade disputes among members of the WTO.

Even though the communist countries did not participate in the GATT, after the collapse of communism, more countries including Russia and China joined the WTO in the 1990s and 2000s. Thus, WTO membership has increased to 164 over the years.

In parallel, the number of Regional Trade Agreements (RTAs) has increased significantly in all continents. RTAs in some ways complement the WTO's mission by further freeing regional trade and in some ways create challenges to the idea of global free trade as they divert trade to regions. Thus, the institutionalization of liberal trade through the WTO and RTAs gave the impression that the world's liberal trade and economic globalization were irreversible.

The U.S., the hegemonic leader of liberal trade, under the Trump administration created new challenges for the WTO and the U.S.-involved RTAs.

The U.S.-China trade disputes were handled via bilateral negotiations between these countries, and the Trump administration withdrew from the Trans-Pacific Partnership (TPP) in 2017. It also renegotiated the North American Free Trade Agreement (NAFTA) with Canada and Mexico.

The EU and NAFTA had been seen as the largest economic power centers until the 2000s. In East Asia, Japan emerged as the second-largest economy after the U.S. in the 1970s and 1980s. Then multiple other Asian countries – following Japan's export-oriented economic development model of supporting export-oriented sectors through industrial policies while adhering to liberal trade policies through WTO membership – started to achieve fast economic growth. Some of these Asian countries created the Association of Southeast Asian Nations (ASEAN) in the 1960s, expanding its membership and regional trade liberalization over the decades.

In the 1990s, China emerged as the new economic power. The size of its economy currently surpasses Japan and is expected to surpass that of the U.S. in the 2030s, with its high economic growth rates.

The RCEP, now being created by the Asia Pacific nations as the world's biggest regional free trade area, represents a population of 2.2 billion and about one-third of the world economy, close to $27 trillion.

India, another big emerging Asian economy, participated in most of the eight-year-long RCEP negotiations but decided to withdraw in 2019, out of fear of not being able to compete in its own market as tariff-free products would be coming from other RCEP members, especially China.

It will take some time to realize the full benefits of the RCEP since most tariffs will be eliminated over a 20-year period and the agreement still needs to be ratified by some member countries. Nonetheless, its importance as the biggest free trade zone will only increase over time. It will probably attract other regional countries to join over time, and India might even join it in the future.

The region will attract more investment as global businesses move their productions into member countries to take advantage of this big market. The regional countries have high technology and relatively cheap labor, thus the region can become the most significant production center of the world for both high-tech and labor-intensive products. The global economic center of gravity has been shifting to Asia for decades now, and this trade agreement will only speed up that process.

The RCEP came after the U.S. withdrew from the TPP negotiations in 2017. The TPP was the Obama administration's central engagement tool in Asian countries, excluding China.

After the withdrawal of the U.S., the other Pacific nations concluded the Comprehensive and Progressive Agreement for Trans-Pacific Partnership (CPTPP) in 2018. Its membership includes seven of the RCEP members (Japan, Malaysia, Singapore, Brunei, Australia and New Zealand), as well as Chile, Mexico, Canada and Peru.

Both the CPTPP and the RCEP were concluded as multilateral trade agreements during the period when the U.S. was pushing for better trade deals through bilateral agreements, especially with China. They can be considered the victory of multilateralism over bilateralism.

With the RCEP, the 15 countries' economies will become more interdependent, China and Japan as the leading countries will increase their economic influence in the region, and it will help China emerge as the new global economic hegemon in the coming decades.

The administration of newly elected Joe Biden will respond to these developments, but we will see whether the response will be through the WTO and multilateral trade negotiations or will continue with the bilateral negotiations of the Trump administration.

Of course, the EU and the U.S. may revisit the Transatlantic Trade and Investment Partnership (TTIP) negotiations that started during the Obama administration but were halted by the Trump administration. If that happens, Turkey and the U.K., having strong trade relations with EU countries, cannot stay out of those negotiations.