Realizing the dream of Bangabandhu

by A. K. Abdul Momen 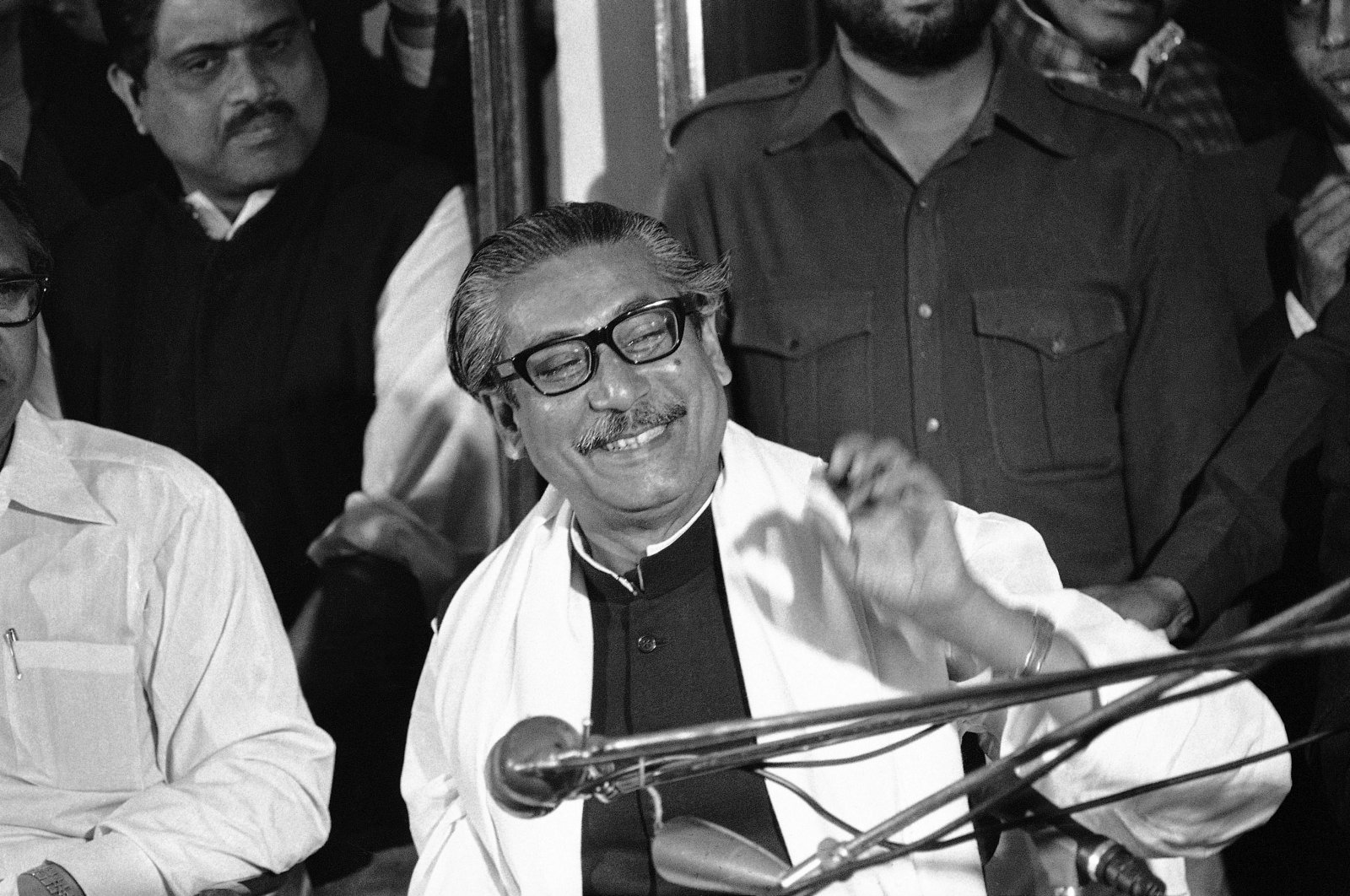 March 17 is a day of utmost national significance for Bangladesh. The greatest Bangalee of all time, the "Father of the Nation" (Bangabandhu), Sheikh Mujibur Rahman was born on this day in 1920. The country emerged as an independent and sovereign nation on the world map in 1971 under his courageous, charismatic and visionary leadership.

Not only a sovereign country and independent nationhood, Bangabandhu gave us a constitution, a map and a red-green flag. He became the symbol of voice against all kinds of oppression, discrimination and persecution.

He was termed the "poet of politics" by world-renowned Newsweek magazine for his historic speech delivered on March 7, 1971, before millions of people. This was the address that electrified the whole nation and sparked aspirations of its people for greater freedom and independence.

The speech was duly recognized by UNESCO as the "world’s documentary heritage" and included in the "Memory of the World International Register" – a registration that accommodates documents of global significance.

Bangabandhu’s glorious life and struggle serve as an eternal source of inspiration, not only for us but also for freedom-loving people around the world. He was relentless in his pursuit of peace, progress and development in the national and international landscapes.

This was appropriately reflected in his maiden speech delivered at the United Nations General Assembly (UNGA) on Sept. 25, 1974. He was the first Bangalee leader who introduced our language Bangla to the world by delivering this landmark speech in Bangla – the seventh-largest native language in the world. Thus, Bangabandhu raised the international profile of Bangla as a global language.

Bangabandhu's Sept. 25, 1974 speech is hailed as one of the greatest speeches by a great statesman because of its futuristic and forward-leaning views and ideas.

Bangabandhu raised nearly 27 issues in his speech, many of which are still relevant, such as hunger, poverty and unemployment; food security and health care; ensuring justice, peace and security; stopping discrimination based on race, color, ethnicity and religion; fear of nuclear wars; restructuring the international financial and economic order; equitable sharing of resources and technology; inclusivity; the right of self-determination; injustice and oppression; income inequality and deprivation; human solidarity; human rights; the welfare of people; international amity and interdependency; good neighborly relations; the spirit of fair play; the indomitable spirit of men and women; international cooperation and partnership, and more.

His speech captured the imaginations of the oppressed people of the world, including Bangladesh, in the right context and perspective. He eloquently stated, "Peace is an imperative for the survival of mankind.”

The cardinal principle of our foreign policy is, “friendship to all, malice towards none,” and it was laid down by Bangabandhu.

In fact, the foreign policy that we are pursuing today under the leadership of Bangabandhu's illustrious daughter, Hasina, represents the fundamental values and principles that Bangabandhu so eloquently presented before the world body.

Bangladesh believes in world peace and harmony. Bangladesh has set a unique example for humanity by providing shelters to millions of forcibly displaced Rohingyas who fled from Myanmar. Hasina is now called the "mother of humanity" by the world community. We express our gratitude to our international friends who stand by us on this particular issue, including the people and the government of Turkey.

Following the attainment of political independence, Bangabandhu embarked on a journey for achieving economic emancipation by revolutionizing the country's economic sectors including agriculture, industries and infrastructures. Our overarching objective is, therefore, to materialize Bangabandhu’s dream, the “Sonar Bangla" ("Golden Bangla"), a modern, vibrant and economically prosperous country where no one is left behind.

We know we have two main resources and these are water and manpower. If we can utilize these resources efficiently and effectively, then no one can stop us from reaching the top. Our visionary leader Hasina has laid down certain road maps in her Vision 2021, Vision 2041 and Delta Plan 2100. To help achieve her visions, we have developed two packages known as “Economic Diplomacy” and the other, “Public Diplomacy.”

During the last 11 years, Bangladesh achieved impressive economic growth. In fact, in the year before the pandemic, our gross domestic product (GDP) growth rate was 8.2%, the highest in the Asia-Pacific countries as per the Asian Development Bank.

Even during the pandemic, Bangladesh scored pretty well, with a GDP growth rate of 5.24%, when many of the developed economies registered negative growth. This has been possible because of the government’s pragmatic policies, timely intervention and people-centric approach.

Hasina declared a number of stimulus packages to support the emergency health care services, to protect jobs and to achieve smooth recovery of the economy. Our handling of the COVID-19 crisis is being profusely appreciated by the international community.

Within the last few years, Bangladesh has reduced the poverty level by more than half and achieved remarkable success in all social indicators. It has also earned a brand name in the international arena for its outcome-oriented strategies, program and actions in managing climate disasters.

Our staple food, rice production has increased four times and women's participation in the labor force shot up from 6% to 40%, mainly due to the prime minister’s targeted initiatives and determined efforts.

Because of its stellar economic performance, Bangladesh has recently been recommended by the relevant committee of the U.N. to graduate to a developing country from its least-developed country status.

Along with economic diplomacy, we are also focusing on public diplomacy to showcase and promote our achievements. We are ready to work with all stakeholders including media, civil society, think tanks, international partners and our diaspora abroad to project the right image of Bangladesh. We are lucky that this year we are observing the 100th birth anniversary of "Father of the Nation" and the 50th anniversary of our independence.

These historic events give us an opportunity to spread the message of Bangladesh and its goodwill throughout the world. In order to further strengthen our public diplomacy drives, we have established the Bangabandhu Research Centre for Foreign Policy and Diplomacy at the Foreign Service Academy that would serve as a Centre of Excellence to conduct quality research on the glorious life and works of Bangabandhu as well as Bangladesh Foreign Policy Strategy and Diplomacy.

The academy is pleased to host young diplomats from across the world to introduce them to the philosophy, ideology, struggles and leadership of this great leader.

Bangladesh today is acclaimed as a "role model for development," "a star of women's empowerment," "a champion of the Earth" and "a standard bearer of the South" (Global South).

Under Hasina's charismatic leadership, we the people of Bangladesh are determined to work with utmost commitment, sincerity and professionalism to transform the country into a “Sonar Bangla" ("Golden Bangla") as dreamt by Bangabandhu, a land of peace and stability that would promote the spirit of friendship and cooperation and help establish a mindset of respect, tolerance and love for others, irrespective of ethnicity, color and religion.