Russia, Turkey and the joint use of outer space 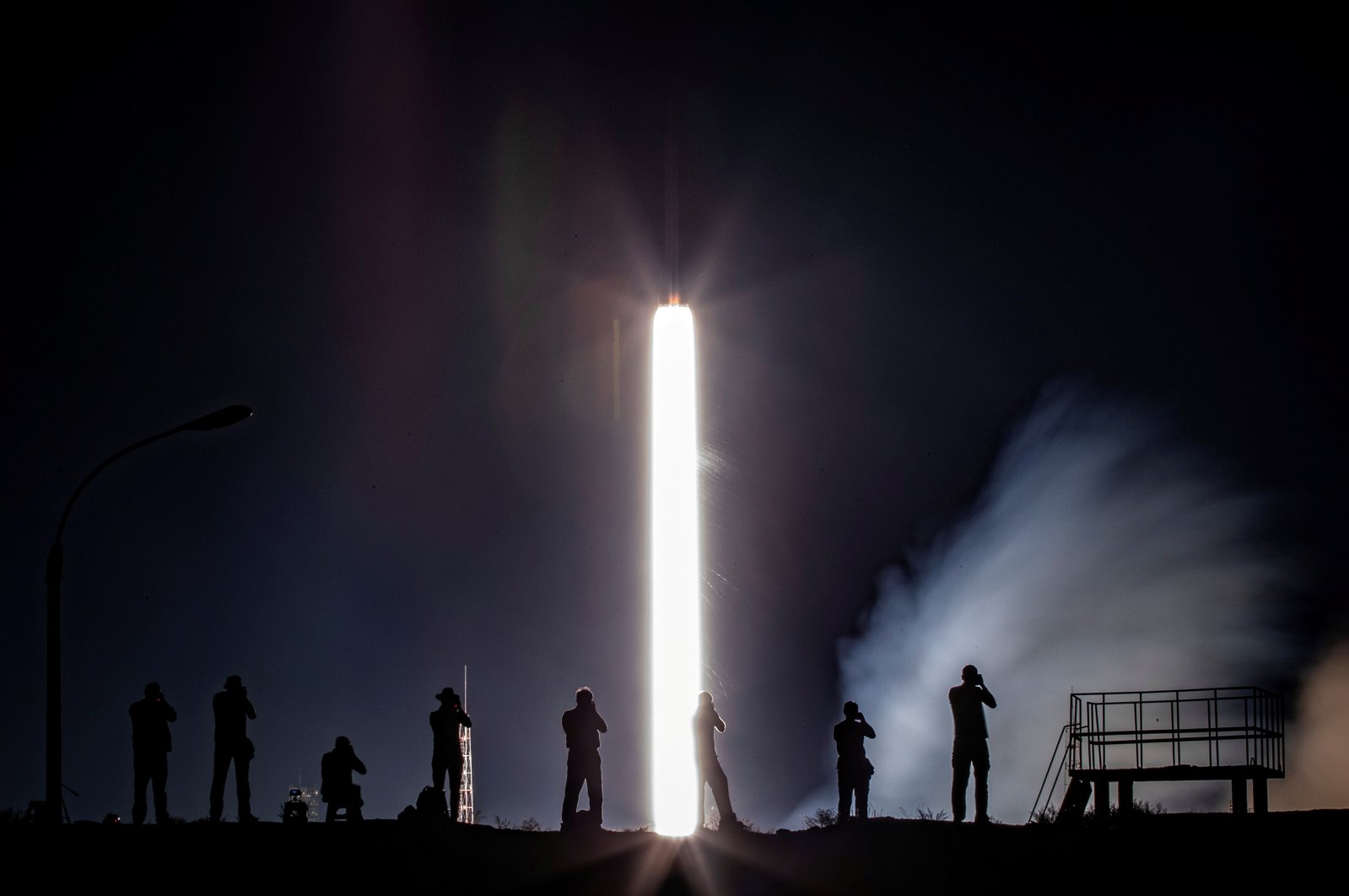 Photographers take pictures as the Soyuz MS-13 spacecraft carrying the crew formed of Andrew Morgan of NASA, Alexander Skvortsov of the Russian space agency Roscosmos and Luca Parmitano of European Space Agency blasts off to the International Space Station (ISS) from the launchpad at the Baikonur Cosmodrome, Kazakhstan, July 20, 2019. (Reuters Photo)
by Aleksei Erkhov Jul 27, 2020 12:05 am
RECOMMENDED

As a regular reader of Daily Sabah, I would like to thank the newspaper for publishing an extremely interesting op-ed ("Outside Earth: Space law a must for countries to learn") by Ferhat Küçük on July 17.

This is indeed a new but very intriguing sphere, covering a different array of legal issues – from environmental and commercial laws to the liability for damage and the use of weapons. All these topics are very important for Russia, the first country to send a satellite and a man into space. It is now making a significant contribution to discoveries in outer space. Because of Russia's firsthand knowledge, it understands the importance of careful deliberation and negotiations on all these issues. It is in our common interest to create fair "rules of the game" for everyone, taking into account the current absence of a unified code of conduct in outer space.

This takes on a special meaning for one particular issue: The arms race in space. This is something that, unfortunately, is becoming a hot potato for world politics. There are in fact two contradicting points of view: some states insist on the idea that space can and should be weaponized while the others would like to avoid it.

Followers of the armed approach – let’s call them "hawks" – practically point out as a fait accompli that outer space must become an arena of confrontation and even combat. They act on the presumption that states have a right to use space not only for defensive goals but attack as well. The "hawks" would like to plan a wide range of space operations in case of conflict; create and update rules enabling their use of force and design proactive military systems. As for a legal basis, they urge the promotion of "standards and norms of behavior in space."

The second camp of "optimists," which includes Russia, would prefer to see space as a "peaceful harbor" for scientific research and future progress. They believe that an arms race in space could have a disastrous impact on international security and stability, thus try to create a legally binding international framework to prevent it.

Russia took the initiative to prepare a draft treaty on the prevention of placement of weapons in space and the threat or use of force against outer space objects (PPWT) and submitted it for consideration at the Conference on Disarmament (CD) several years ago. It strongly believes that all existing and any additional concerns of states can be resolved at the negotiating table on the PPWT and the CD. There have been a considerable number of U.N. General Assembly "space resolutions" initiated by Russia, such as the resolutions on further practical measures for the prevention of an arms race in outer space, on transparency and confidence-building measures in outer space activities and on no first placement of weapons in outer space.

There are also provisions in the Outer Space Treaty of 1967, also mentioned by Küçük in his article, and the U.N. Committee on the Peaceful Use of Outer Space, which includes the scientific, technical and legal committees to solve misunderstandings. Adopting joint efforts to develop norms and regulations for using space resources and ensuring long-term sustainable space activities will be an optimal solution.

Finally, history showed us – remember the Apollo-Soyuz mission that took place on July 17-19, 1975 – that difference in political systems is not an obstacle for establishing strong and friendly ties between states in space research for the benefit of humanity.

I feel it is crucial that the Turkish public is made fully aware of all these nuances. Turkey has now launched its space program, opened a national space center (welcome to the club, guys!) and no doubt will be one day a space state contributing to the world’s efforts with its own thorough and proactive programs in space research. So I believe Russia and Turkey can cooperate in this area, starting with discussions on relative U.N. resolutions aimed at producing fair-regulating mechanisms for joint use of outer space.

The legal basis being established today will allow people to one day explore space together, using joint resources and strength. So, when we finally discover a "Solaris," we hope very much that it does not host a military base but a scientific station in orbit to explore the galaxy. Let us create a bright future for our posterity.

*Ambassador of the Russian Federation to the Republic of Turkey

Ambassador of the Russian Federation to the Republic of Turkey
RECOMMENDED