Sketching augmented challenges posed to NATO and its eastern flank 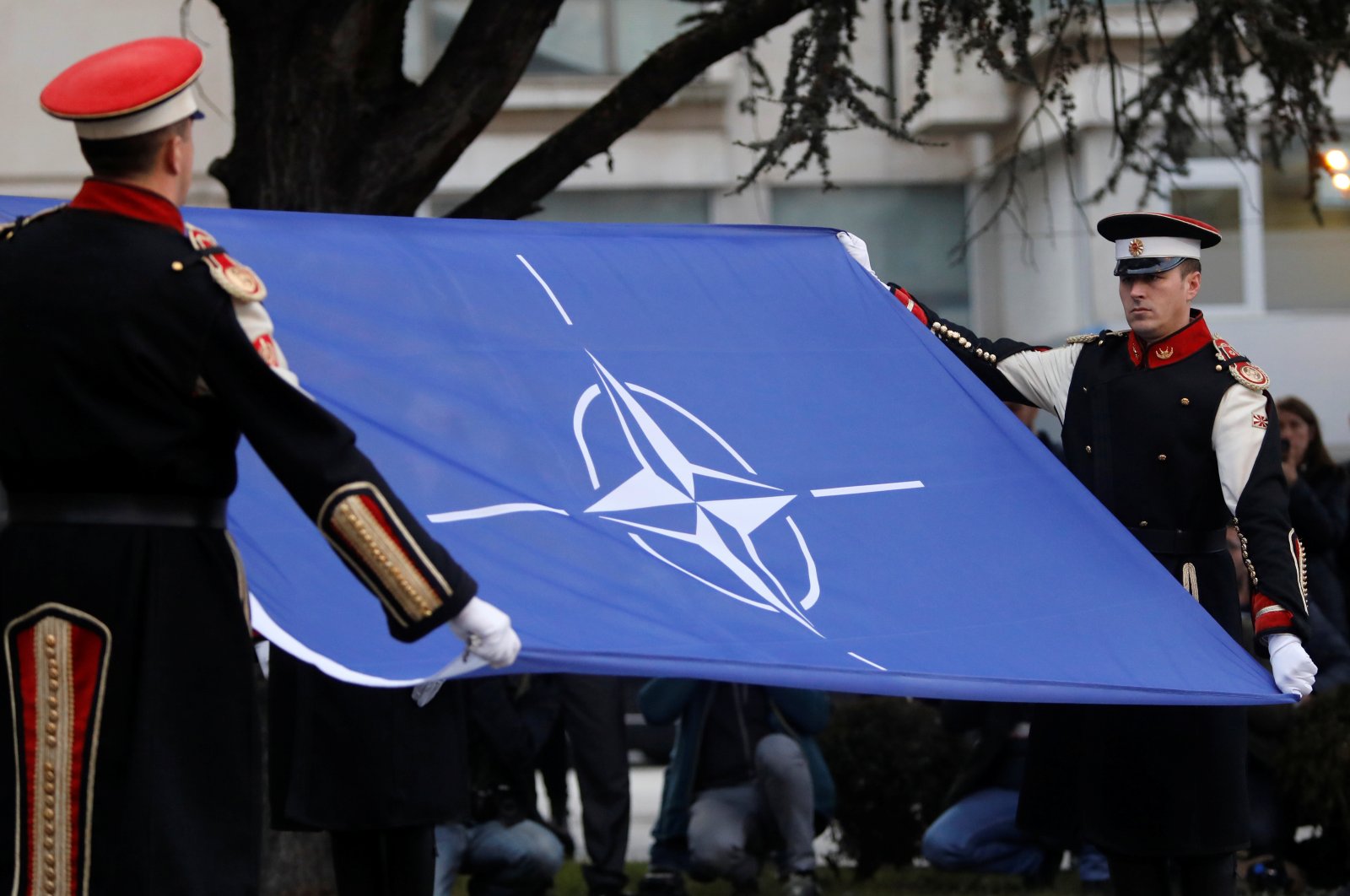 Members of the honor guard raise the NATO flag in front of the North Macedonian parliament to mark the country's ratification of accession to NATO in Skopje, North Macedonia, Feb. 11, 2020. (Reuters Photo)
by Ryszard Czarnecki Jul 23, 2020 12:05 am
RECOMMENDED

With the world facing the perils of the COVID-19 pandemic, one can’t turn away from the fact that a new set of security challenges might pop up following the crisis. The pandemic could also impact the dynamics within NATO as it holds the potential to augment the vulnerabilities of the Euro-Atlantic bloc, especially along the front line of the alliance’s eastern flank.

In the wake of increasing military threats from Russia, it is imperative for NATO to understand and access the upcoming threats and beef up its preparedness pertaining to the augmented challenges at hand.

What has unified the allies of NATO in the contemporary scenario has been Russia’s illegal annexation of Crimea and invasion of eastern Ukraine in 2014. These actions have called for an expansion of the alliance's defense mechanisms in order to protect its member states from the external threats that in today’s world have expanded beyond the military domain to also include threats related to cybercrime, black propaganda and much more, which in unified form pose challenges that require a hybrid defense.

In all these years, ever since its foundation in 1949 with 12 member states, NATO has proved its relevance on all frontiers. However, disunity among member states, especially related to putting more focus on strengthening the alliance’s eastern or southern frontiers, has caused several disagreements and, from time to time, threatened the unity and integrity of NATO. It is imperative for all member states to understand that only as a unified whole could NATO significantly challenge the status quo posed by Russia along the eastern flank.

Russia’s aggression in 2014 resulted in NATO member states agreeing to double the Rapid Reaction Force, create an even faster Very High Readiness Joint Task Force, and increase defense budgets to 2% of the gross domestic product (GDP) by 2024. In recent years, so as to strengthen the eastern flank, member states of NATO, especially the U.S., have called for increased implementation of the 2014 deals. It is discouraging to note that only five member states, namely Poland, Romania, Greece, Latvia and Estonia, have lived up to this commitment of increasing defense expenditure to 2% of the GDP so far. Lithuania and Turkey come close to the 2% mark with 1.98% and 1.89%, respectively. To solve the logistical and infrastructural challenges in moving troops, tanks and equipment across Europe to the eastern flank, it is important for NATO members to agree to the establishment of a military Schengen.

When viewed across the canvas of augmented vulnerabilities, there is no denial of the fact that the Russian forces consider the nations along NATO’s eastern flank, mostly the Baltic states of Estonia, Latvia and Lithuania, as the Achilles heel of NATO, thus increasing the need for member states to calculate the potential subversions that could take place either directly in terms of military engagement with Russia or by buying their goodwill through medical diplomacy.

Russia’s military presence in the Black Sea poses similar threats as its Baltic Sea military capabilities. Black Sea countries like Ukraine and Georgia could be encouraged to join NATO by invoking Article 10 which provides for the enlargement of the alliance. Turkey, Romania and Bulgaria are already member states.

With differences of opinion among NATO member states, especially pertaining to analyzing Russian threats, there has been shift in countries that are the nucleus of attention of NATO. Many member states think that Russia will not engage in any direct confrontation as it would then invoke Article 5 of NATO, which states that an attack on one member is considered an attack on them all.

Russia's Kaliningrad military buildups are seen as a counter to the eastern flank military deployment. Keeping in view the contemporary challenges, presenting a stronger deterrence is the need of the hour, focused on strengthening the military capabilities along the eastern flank and providing all assistance required to the nations along the front line of NATO's eastern frontier. It is even more imperative to present a unified picture of the NATO member states that especially calls for greater participation of the European family to augment their stature as being part of the alliance.

In contemporary times, Poland has significantly supplanted West Germany to become the centerpiece of NATO’s anti-Russia defense and host to hundreds of thousands of U.S. and allied forces that have returned to Europe after Russia’s annexation of Crimea in 2014. Troops are placed on a rotational basis and not permanently. Currently, NATO has enhanced forward presence (EFP) in Estonia led by the U.K., in Latvia led by Canada, in Lithuania led by Germany, and in Poland led by the U.S. The return of the military troops closer to Russia projects the strengthened attitude of NATO.

Despite the difference, what has held member states together is the common political consensus that the eastern flank needs to be defended. Resilience to hybrid threats on several fronts, including the military domain and the cyber realm, is critical to strengthen NATO’s preparedness to face the challenges of the contemporary era. In the wake of the realization that Russia is not to give up its toughened view against NATO and will continue its hybrid warfare, it is imperative for NATO to maintain unity and increase its deterrence on the eastern flank.

In order to brace themselves to be resilient to the challenges of the 21st century, which have been aggravated by the COVID-19 pandemic, NATO members must adopt the principles of unity, prevention and resilience to strengthen their approach toward the eastern flank.