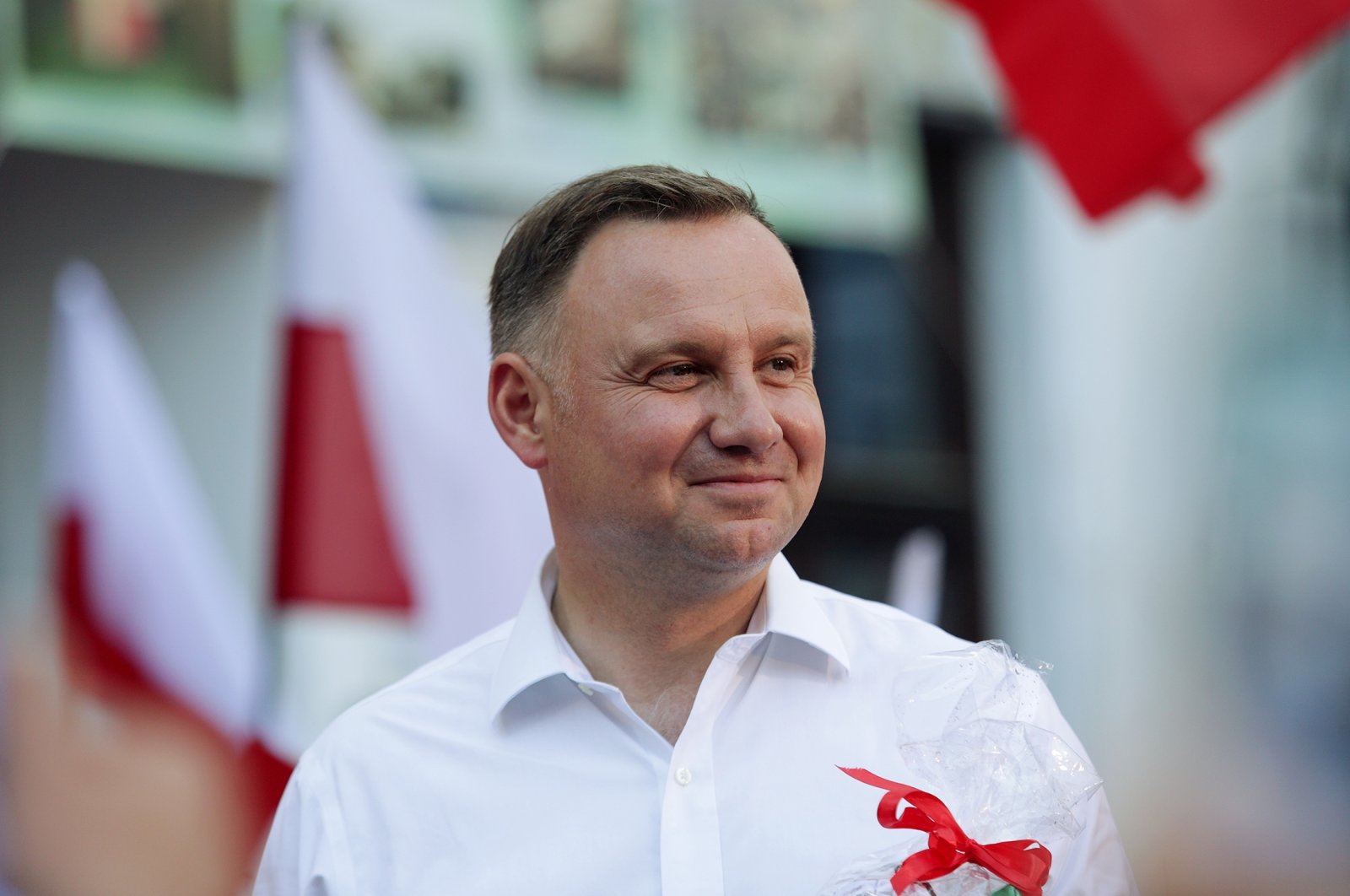 In his book "The Prince," Niccolo Machiavelli mentions a specific rule of history. He writes, not without a touch of irony, that “all armed prophets have conquered, and the unarmed ones have been destroyed.” But for every rule, there is an exception, and unarmed prophets have been vindicated by history more than once. Even though the vindication usually comes late, it is no less emphatic. A perfect example of that is the historic victory of the Polish Solidarity movement and its extraordinary “Appeal to the Working People of Eastern Europe” proclaimed 40 years ago.

The Polish August of 1980 and the founding of the Independent Self-Governing Trade Union “Solidarity” are among the most important events in the history of post-war Europe. They sparked game-changing developments in the entire international community.

Yet, as they were unfolding, few were those who predicted the imminent fall of communism, a system of Soviet domination over Central and Eastern European countries that had divided the world into two opposing camps. To understand that change was coming and was quite feasible, one had to breathe in the atmosphere of the 1st National Congress of Solidarity Delegates that began in September 1981 in Gdansk.

The entire world watched in admiration as the first independent trade union between the Elbe and Vladivostok, a movement of freedom and hope, held free discussions informed by the standards of democracy and parliamentarianism. The Gdansk Congress outlined a grand vision of systemic, social and economic reforms whose common denominator was the idea of self-governance and civic society agenda.

Just like the Polish-Lithuanian Constitution of May 3, 1791, the first European governance act initiated the great work of reforming the republic, so the reform program developed by Solidarity marked a breakthrough in the way matters of state and economy were approached. That was not only because the ideas of a “self-governing Poland” and “democracy” radically undermined the then authoritarian system, but also because the changes suggested by Solidarity were imbued with the great spirit of modernity.

Their quality becomes even clearer as we look back on those days from today’s perspective, especially after the experiences of the global economic crisis and the current pandemic. We understand now that social and economic goals should be harmonized and that we need sustainable growth that does not put short-term profit before anything else. We also appreciate the crucial role played by social cohesion and equitable participation in economic growth.

We recognize that institutions cannot be stable and good strategic decisions cannot be made without civic engagement and proper representation of national as well as European demos. It is quite possible that, had it not been for the introduction of martial law in Poland, which was a communist attack on the country’s nascent freedom, the reforms proposed 40 years ago at the 1st Congress of Solidarity might have been implemented well ahead of their time, triggering pioneering solutions. But that is another story.

'Appeal to the Working People of Eastern Europe'

The most important and visionary outcome of the Congress was the “Appeal to the Working People of Eastern Europe.” Paradoxically, the aim of the document was pragmatic and its origins simple. The appeal was conceived of by a young surgeon, Henryk Sicinski and its drafting was coordinated by electrical engineer Antoni Pietkiewicz, secretary of the Congress Bureau and then later, in a free Poland, a high-ranking official and business manager.

The final short text was written by eminent democratic opposition activists, Boguslaw Sliwa and the mathematician Jan Litynski, whose tragic death half a year ago filled us all with profound sadness. The “Appeal” was supposed to be first and foremost a voice of truth and freedom that could break through the cordons and mendacious propaganda of communist dictatorships. Its message was simple and heartfelt:

"Delegates gathered in Gdansk at the 1st Congress of the Independent Self-Governing Labour Union 'Solidarity' send their greetings and expressions of support to the workers of Albania, Bulgaria, Czechoslovakia, the German Democratic Republic, Romania, Hungary and all nations of the Soviet Union. As the first independent labour union in our post-war history, we deeply feel the community of our experiences.

We assure that, contrary to the lies spread in your countries, we are a real organisation of ten million workers established as a result of workers’ strikes. Our aim is to fight for improved living conditions for all working people. We support those of you who have decided to join the fight for a free union movement. We believe that your representatives and our representatives will soon meet to exchange their union experiences."

Reactions for the 'Appeal'

Even within Solidarity itself, there were quite a number of activists who, advocating for a self-limiting revolution, considered the “Appeal” too bold. Nonetheless, on Sept. 8, 1981, it was adopted with applause by the great majority of delegates as the official document of the Congress. As expected, it did infuriate the communist authorities in Poland and other countries. Moscow got angry. Leonid Brezhnev described the “Appeal” as a “dangerous and incitant document ... aimed at spreading confusion in all socialist countries.” The hateful campaign of lies against Solidarity intensified. Many Western politicians also had their doubts, believing that the “Appeal” was a risky move.

However, within Polish Solidarity, a different view prevailed. The situation was described very aptly by British historian Anthony Kemp-Welch who followed the sessions in Gdansk and witnessed the proclamation of the “Appeal”: It was an exceptional moment in history when the limitations of the Cold War and the need to follow realpolitik were cast off in the name of morality and the neighboring countries were offered a program of solidarity.

This appeal changed the face of Europe. Today, we can see clearly that the act was prophetic, if not causative. The “unarmed prophets” have won. 1981 was followed by 1989 when a wave of freedom swept across Europe, the Berlin Wall fell, communism lost by a knockout and the Soviet Union collapsed bringing about the demise of its tyranny. This created grounds for European integration and strengthened the alliance of free nations as the countries of our region joined NATO and the European Union. Thus, Central and Eastern Europe accomplished a historic success. For many years now, it has been an area of stability and growth, a place that attracts worldwide attention through its achievements, economic potential and ambitious aspirations.

The essence of the “Appeal to the Working People of Eastern Europe” was the idea of shared fate and solidarity that knows no boundaries. As it did 40 years ago, the idea still guides our actions like a moral compass. It lies at the foundation of our close cooperation with the other countries in the region, be it within the V4 Group, the Bucharest Nine, which provides a platform for military collaboration between countries at the eastern flank of NATO, or the Three Seas Initiative that brings together countries located between the Baltic, Adriatic and Black seas.

I welcome the fact that the Three Seas Initiative is increasingly recognized in Europe and globally as a significant undertaking aimed at developing infrastructure, creating vectors of economic cooperation along the north-south axis of Europe and strengthening EU cohesion. Another important initiative is the newly launched Crimea Platform, whose inauguration summit took place during the recent events commemorating the 30th anniversary of Ukraine’s independence. Through this body we are sending a joint message that we will not turn a blind eye to instances of breaching international law, violating state integrity and eroding security in our region.

We cooperate in the name of our shared interests and the idea of freedom that was germinated by Solidarity’s appeal sent from Poland 40 years ago. Together we now reap and defend the benefits of this victory of freedom. The success of Central and Eastern Europe stems from a far-reaching vision announced with courage and vigor by the participants in Solidarity’s congress held in Gdansk in 1981. Do not underestimate the power of prophets, even if they seem to be unarmed.

President of the Republic of Poland
RECOMMENDED