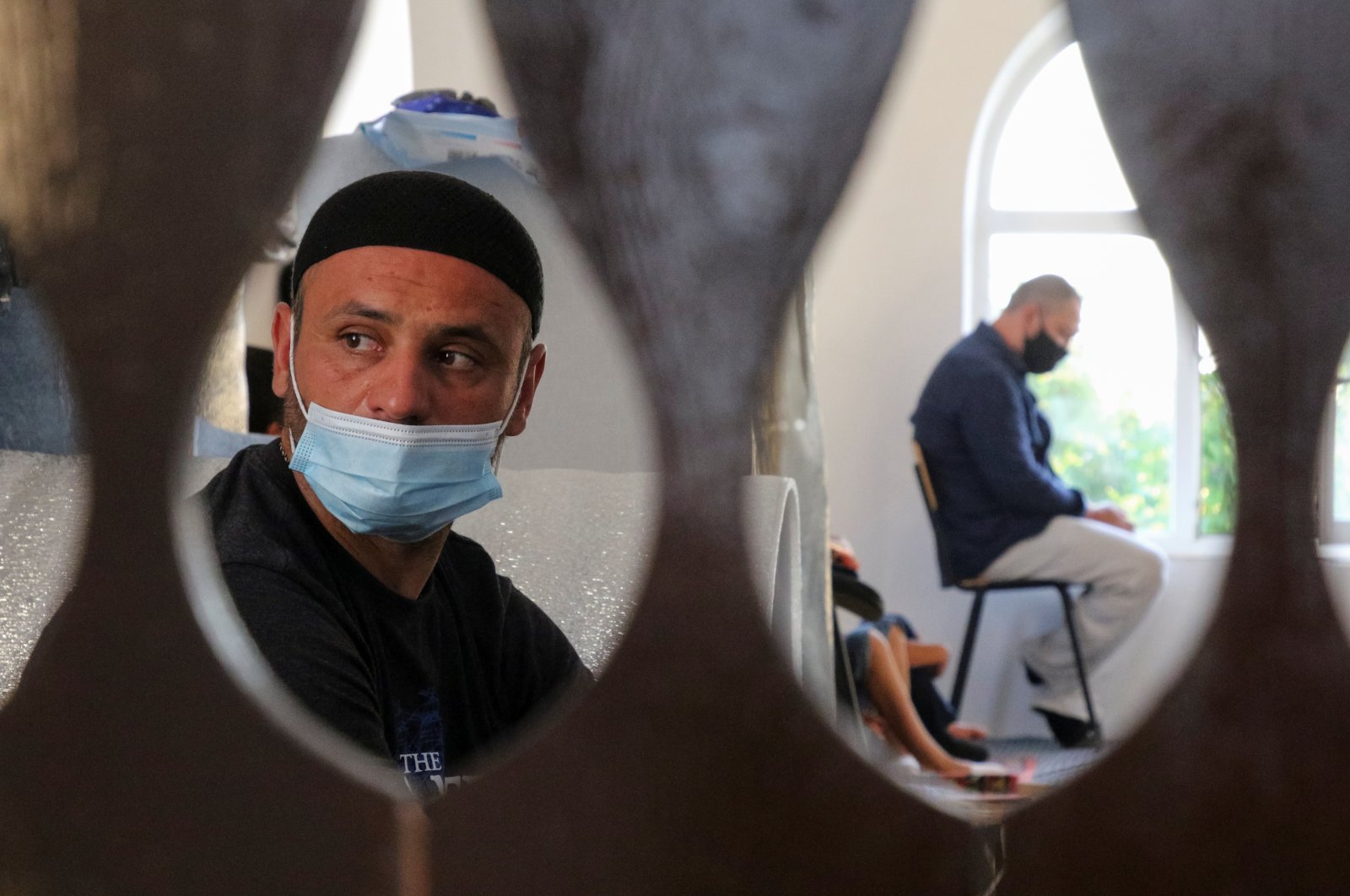 Crimean Tatars attend a prayer during the Muslim holiday of Eid al-Adha in the town of Saky, Crimea, July 20, 2021. (REUTERS/Alexey Pavlishak)
by DAILY SABAH WITH AA Aug 09, 2021 11:21 am
RECOMMENDED

The Crimean Platform to be held on Aug. 23 will serve as the starting point to recapture Crimea from Russian occupation, two politicians representing Crimean Tatars said Monday.

Umerov stated that the platform is a new format established to increase international pressure on Russia. "The long-term and ultimate aim of the platform is to return Crimea to Ukraine's control," he said.

Explaining that the platform will consist of four levels, made up of heads of state, foreign ministers, parliamentarians and experts, Umerov said: "At the end of the summit, it was planned to sign the declaration addressing the problems caused by the temporary occupation of Russia."

Expressing that more than 30 countries have already been approved to participate in the summit, Umerov said: "More and more approvals are coming in. The establishment of the international platform for the liberation of Crimea from occupation was supported by many countries, including the G-7 foreign ministers. The list of participants is not disclosed because Russia threatens and blackmails countries to not join the platform."

"We are grateful for Turkey's support for Ukraine's territorial integrity and welcome the participation of Turkish officials in the summit. The two countries have a common interest in the security of the Black Sea. The Black Sea and the Sea of ​​Azov should come under the regulation of international law and the security of shipping in the region should be restored. Due to increasing militarization, the situation in Crimea is getting worse every day, and this situation may be a problem for countries outside the Black Sea region," he added.

Yüksel noted that the platform will be held a day before the 30th anniversary of Ukraine's independence: "As people who came out of Crimea, we see the platform as a beginning. The real work will start after that."

Stating that there are two ways to save Crimea, militarily and diplomatically, Yüksel said: "Ukraine chose the path of diplomacy. Based on this, it is taking the necessary steps and the platform is a part of it. Our expectation is that many countries will join the platform and ultimately liberate Crimea."

Yüksel drew attention to the importance of Turkey's participation and said: "Turkey is a neighboring country on the one hand and a brotherly nation of the Crimean Tatars on the other, and Turkey is a Black Sea country and it is important for the security of the Black Sea."

Describing the Crimean Platform as a “political weapon of Ukraine” to defend its territorial integrity and to restore its borders, Kuleba added: “I do not think there are closer friends in Crimea than Ukraine and Turkey, we are two nations who care for this piece of land, for the people living there historically, for Crimean Tatars. This makes it more than natural for Kyiv and Ankara to cooperate closely on this matter.”