The fall of Kabul and the road ahead 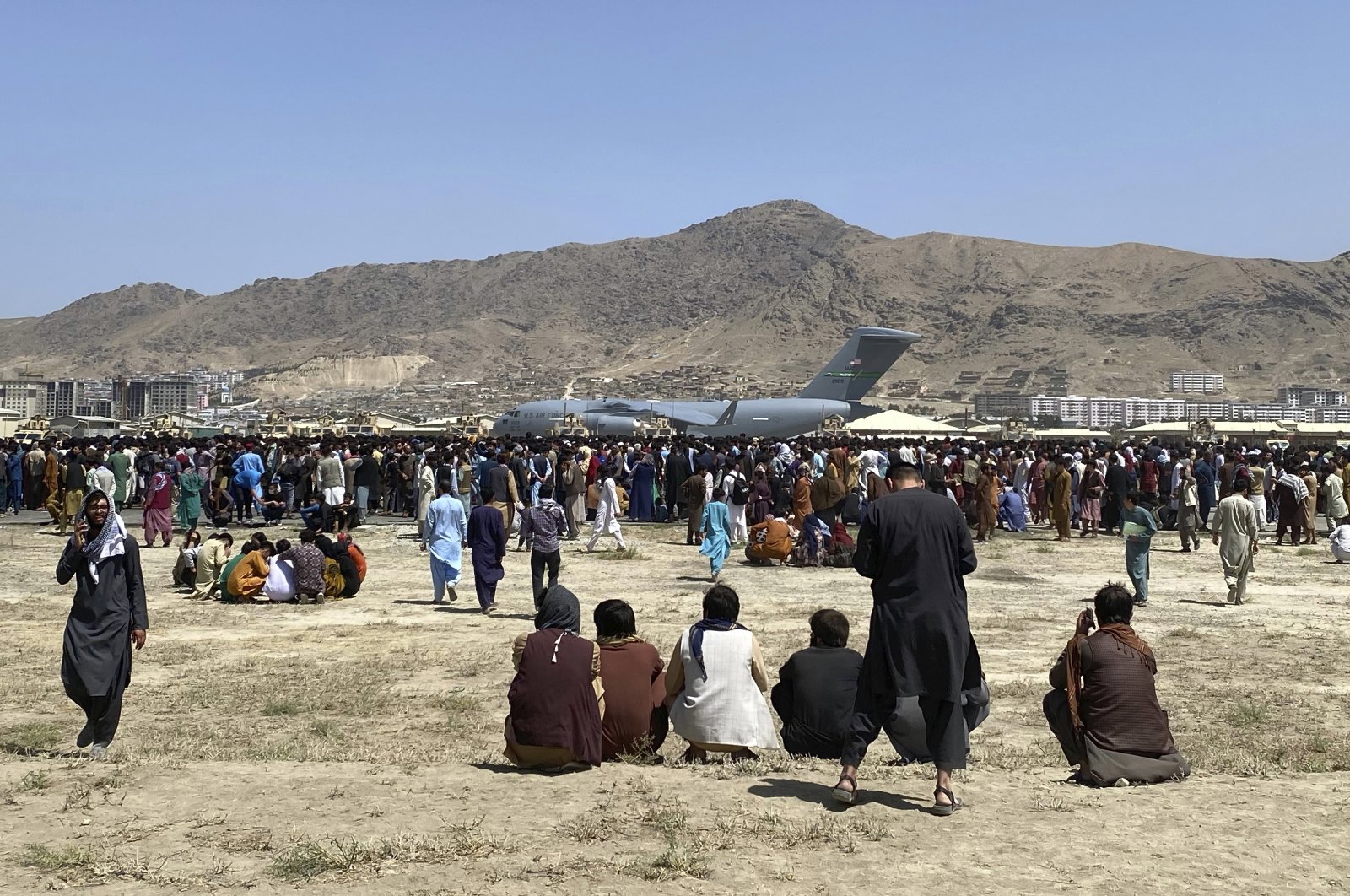 This century’s longest and most costly war has finally reached its end. As Western media shifts the blame to the Afghan army, the question remains: Who trained, equipped, supported and trusted the Afghan army?

The fall of Kabul will be remembered as a momentous event in the course of world history. On Aug. 15, 2021, the Taliban added a new chapter in the history of resistance against invading imperial powers. Imagine how barefoot people, with limited access to technology and surviving on a piece of bread, could have defeated a military superpower.

However, for many, Kabul has fallen ahead of its calculated time. Once again, the American intelligentsia has terribly underestimated the situation, but it’s not the first time. The CIA has a history of dreadful failures, from 9/11 to “weapons of mass destruction” and now in Kabul. CNBC reported it as “Intelligence failure of the highest order.”

Yet again, history has repeated itself. The fall of Kabul brought back distasteful memories of the fall of Saigon in the final days of the Vietnam War. A humiliating defeat in Vietnam couldn’t stop Americans from invading small nations to establish their hegemony.

Once more, American military might saw another disgraceful exit from Kabul as pictures emerged of how desperate Americans and their aides, including Afghans, are lining up to get into departing planes.

Watching network news and reading Western newspapers show how allied forces are inventing new discourses to avoid the shame of a chastening defeat at the hands of the Taliban.

This century’s longest and most costly war has finally reached its end. The cost? A heavy irreversible human loss, plus $2 trillion wasted in Afghanistan while the number of homeless people in Western cities multiplies.

What a pity though! Despite all sorts of embarrassments, the Western media, and the polity's propaganda machine is working tirelessly to convince the public at home that it’s a dishonorable defeat for the trained Afghan army and not the American forces.

That’s “shifting the blame” to the Afghan army, but the point remains: Who trained, equipped, supported and trusted the Afghan army? At this junction in contemporary history, will America learn its lesson? Will there be any change in U.S. policy toward China? Is the West ready to work with the Taliban?

Like millions of people around the world, I have been glued to the TV and computer screens watching, listening and reading a variety of print, broadcast, and social media sites to observe trends in the media reporting of the fall of Kabul.

America has not learned any lesson between the end of the Vietnam War to losing the costly Afghan War. In the same vein, sections of the media are not ready to admit that they played an irresponsible role in propagating the skillfully designed propaganda of “weapons of mass destruction” that destroy an entire Iraqi nation.

Unfortunately, a few sections of the traditional and new media are engaged in misreporting. For instance, an overwhelming number of sources put forth the view that Pakistan was behind the Taliban victory.

That’s an illogical and weak argument mainly because, if Pakistan had acquired such a level of power, it would have already taken back the occupied Kashmir by force. Moreover, Bruno Macaes has dismissed the notion that Pakistan is bigger than NATO and America.

Next, Afghan refugees are the most widely misreported issue in sections of the Western media, making it seem as if the whole Afghan nation is seeking asylum abroad.

If the media aim is to show concern about the safety of the fleeing Afghans, that is a humanitarian cause and everyone supports it. But that’s not the case, because the media is building and supporting a popular view that every Afghan life is in danger under Taliban rule.

Anyone who watched the Kabul airport video of desperate innocent Afghans clinging to the airplane wheel would ask, how is it possible for any pilot to take off in such a critical situation? Were American planes sent to rescue people or to kill them?

The missing part of the story is that the U.K. had announced that it would let Afghans flee the Taliban without a passport, although that message “only applies to certain Afghans.” Not a surprise, as Britain vows to take only those Afghans that served their purpose.

Kamal Alam revealed to CNBC that “the rapid departure of high ranking Afghans officials – along with substantial amounts of cash – in recent days is what initially prompted the rush to leave and a flood of anger at the Afghan government.” Further, Alam said, “All VIPs were being allowed to fly out first, all their cash was being transported first, whether on commercial airlines or in a private jet.”

The Kabul airport incident reminded me of John Pilger's documentary, “The War You Don’t See,” which shows how American snippers deliberately opened fire on innocent unarmed Iraqis from gunship helicopters. That’s what had happened in Kabul airport when American forces acted in an irresponsible manner.

Worryingly, most TV channels are showing footage of people running in the airport and even Afghans living abroad with captions: “Chaos in Afghanistan as people try to flee the Taliban”; “Afghans in UAE fear nightmare of Taliban rule”; “Afghan Americans, angered scared by Taliban takeover of Afghanistan” and “Women fear the worst for their freedoms as Taliban return to power in Afghanistan.”

Such scenes and reporting only endorse one view that “terrorists” and “fundamentalists” are back in power. British liberal newspaper the Daily Mirror has branded the fall of Kabul as “Evil is back” and ran series of stories that only terrorize the readers by asking: “Where will the Taliban fit on the world stage?” and “What about British jihadis heading for Afghanistan?”

In the last few days, I have received series of emails ranging from vigils for Afghan refugees to a Peace Direct “In Solidarity with the People of Afghanistan” campaign that mostly presents the Taliban as bad guys.

That being said, the Taliban has offered “amnesty and pledges to protect women's rights,” forgiven their opponent and archenemies, and invited everyone to live freely and peacefully. Further, the Taliban also “Vows to honor women’s rights within Islamic Law in Afghanistan.”

But only a few TV channels and newspapers are showing footage and images of girls going to schools, women wearing hijabs and offices in Afghanistan. Rather many media outlets are airing news reports that are skeptical of Taliban promises and see “Taliban reform pledges in Afghanistan” as “tactical.”

In brief, misreporting and distorting the facts may help float a new discourse to distract from a shameful defeat but truly honest and liberal-minded people in the media will have to remember how much damage reckless reporting caused in the case of the Iraq War.

Evidently, although the new Taliban have proved themselves to be reformists and open to dialogue and engagement, still it seems most sections of the Western media and polity are not accepting the peaceful transit of power in Afghanistan. There is grudge and antipathy in the West. Is it the beginning of a new “Orientalism?”

The majority of global media outlets are casting fears among the masses by showing them Afghan women in shuttlecock burqa. That’s part of a culture, not an Islamic dress code for women. In Pashtun culture, many women still wear the burqa but also there are those who wear hijab.

For argument's sake, what happens if any other country attacks America, Britain or any European country to fix the growing domestic violence and rape crisis targeting women?

How Western media is vilifying, distorting and misrepresenting the facts is likely to further fan hatred of Islam and Muslims in the Western world.

It seems Western media is plowing the fields for yet another offensive. Will there be the creation of a new terrorist group to destabilize Afghanistan?

However, as China and Russia have signaled that they will work closely with the Taliban, there is a strong hope that a brand new era of political stability will emerge in South and Central Asia.

Correspondingly, Pakistan, Turkey, Saudi Arabia, Qatar and Iran are also hoping to see prevailing peace, and prosperity and the end of chaos, turmoil and bloodshed in Afghanistan.

Given regional powers, particularly China and Russia, have growing stakes in peaceful Afghanistan while “Taliban vow no haven for terrorists” means that any attempts to create or support any rebels or ethnic conflicts would escalate tensions in wider Asia. Can NATO and America afford a war with China and Russia?