The future of Karabakh: An Azerbaijani perspective 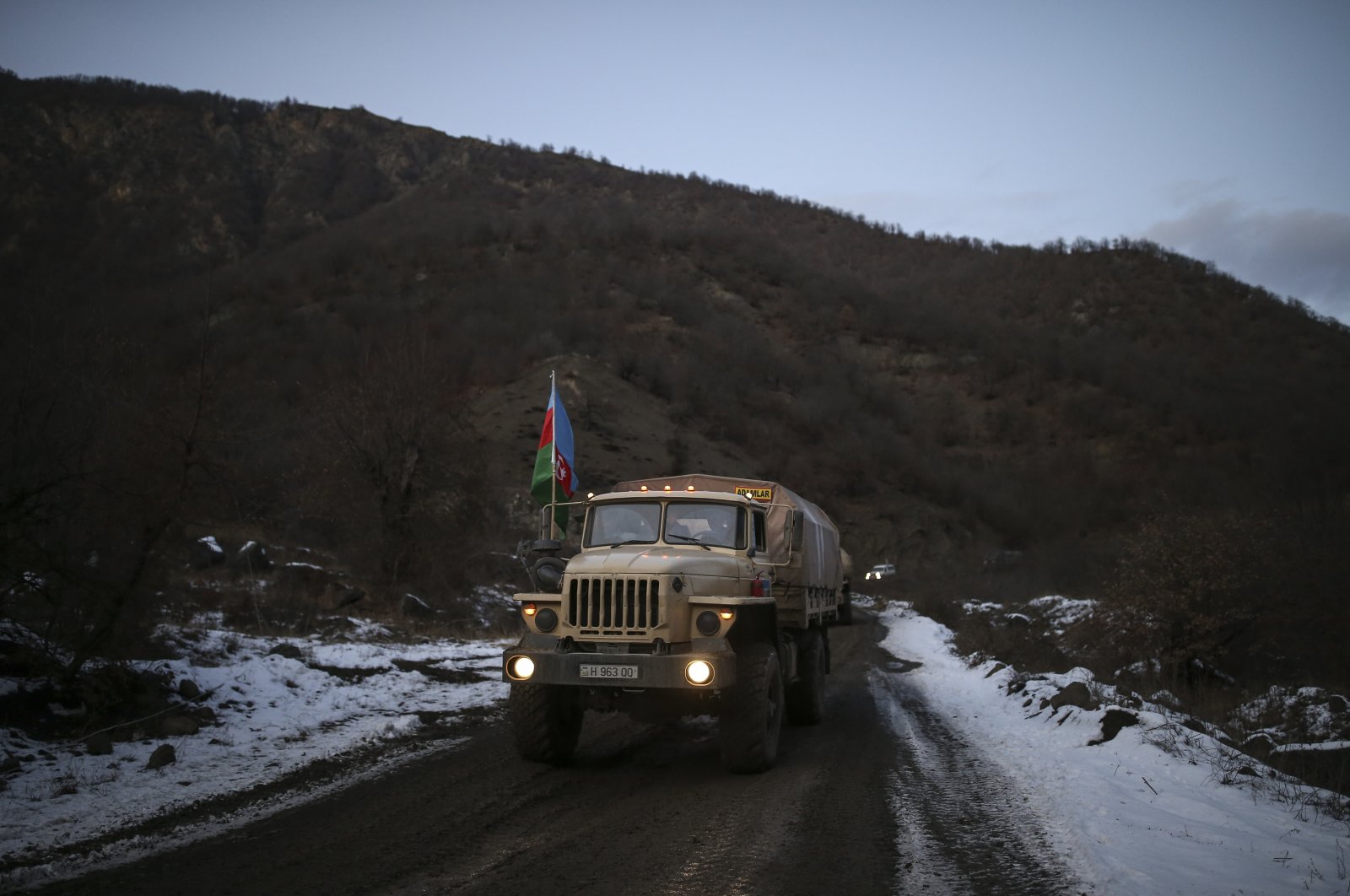 Azerbaijan and Armenia have just finished the second Karabakh war in the last 30 years. Due to its military and economic superiority, Azerbaijan was able to liberate its internationally recognized territory from the Armenian occupation and restore its sovereignty over these areas, for the first time since 1993.

More than 800,000 Azerbaijani internally displaced persons (IDPs) will have a chance to return to their homes. At the same time, some 60,000 Armenian people remain in some regions of Karabakh. The cease-fire regime is protected by the newly arrived Russian peacekeepers, who have a mandate to operate in the area for the next five years.

While many people in Azerbaijan proudly celebrate this historic victory and rejoice in the chance to see their native lands again, experts, politicians and opiners have already started to brainstorm and design the future of Karabakh.

Azerbaijani President Ilham Aliyev has publicly stated that a new era is starting in the region, which will be full of restoration, reconstruction and development.

Indeed, the liberated areas have been greatly destroyed and looted as a result of the decadeslong occupation. Most of the infrastructure is ruined and needs to be rebuilt from scratch.

Meanwhile, some analysts and pundits claim that the physical reconstruction of the area, no matter how expensive, will be a much easier task than the peace-building initiatives between the two communities.

Aliyev envisions the future of the region as the peaceful coexistence of both communities within the territorial integrity of Azerbaijan. The region has never been recognized as an independent area by any country nor by any international organization.

All nations in the world recognize the territorial integrity of Azerbaijan. Thus, a proper model and format need to be developed to integrate ethnic Armenians into Azerbaijan's statehood.

Azerbaijan is a multiethnic country. There are close to 70 ethnic and religious minorities in the country, all enjoying constitutional rights and privileges.

Interethnic and interreligious harmony and dialogue have been a priority state policy in the country, and the majority of Azerbaijanis regard the ethnic diversity of the country as a national treasure. Armenians are offered to be part of this cultural diversity and live side by side with Azerbaijanis and other ethnic groups.

Armenians and Azerbaijanis have had times of war but also many years of peaceful coexistence. During Soviet times, some 200,000 Armenians lived in Baku and other cities of Azerbaijan and enjoyed high-ranking positions in the government, education and economy.

Similarly, 300,000 ethnic Azerbaijanis lived in Armenia and also felt peaceful and stable for most of the time. In Karabakh, representatives of both ethnic groups learned each other’s languages, attended weddings and funerals and arranged common celebrations and cultural events.

The future of the region can be optimistic and prosperous if both sides put aside their historical traumas and grievances.

Armenia is surrounded by Azerbaijan, Iran and Turkey, and the only way to build sustainable economic development for Armenia is to live in peace with neighbors and refuse traditional territorial claims.

The Azerbaijani government is seemingly eager to invest oil revenues in the development of the region. The nations of the South Caucasus are tired of wars and want to focus on future opportunities.

Khankendi, the capital of Karabakh, is closer to Azerbaijani cities than to the Armenian capital Yerevan. Opening transport routes and corridors can make South Caucasus a transit hub for greater Eurasia.

A regional cooperation framework with the involvement of Turkey, Russia and Iran can guard the region against future wars and instabilities.

Confidence-building initiatives are important at this stage. The exchange of war prisoners is a good start. Humanitarian aid, relief activities, demining and the provision of basic postwar necessities can be also shared activities.

Mutual visits by public figures, students, nongovernmental organizations (NGOs) and intelligentsia can help to build trust and find common ground for cooperation. Such visits have been rare in the past due to the occupation. Yet, in the coming years, human bridges will be pivotal for building sustainable peace.

It is also important for both communities to discuss openly and directly issues that concern them. This can be done in a civil manner without guns and wars. Security concerns can become a priority in this dialogue.

Other issues might include cultural rights, religious sites, educational opportunities and shared history. Focusing on common cultural elements will narrow the gap between the former adversaries.

In the not-so-distant future, joint educational programs, site visits and NGO projects can be organized and funded by both local and foreign governments. A specific focus can be given to the region’s ecology, nature and sustainability.

Educational programs for youth and children, aimed at eradicating ethnic hatred and an extreme form of nationalism, can also be helpful.

An important role in this process belongs to international organizations and foreign countries that have vested interest in this region and can help both with the reconstruction process as well as building permanent peace and trust between Azerbaijanis and Armenians.

Financing projects that are aimed at strengthening peace and mutual understanding will be vital in this context. Financing separatism and extremism will open old wounds and lay the foundation for inevitable future wars.

Aliyev has said that the Karabakh conflict is finished. The region has finally obtained a chance to build a long-awaited durable peace. Much will depend on politicians and their immediate actions in the postwar period.

Building trust and interdependence between both communities will help to prevent future wars and bloodshed. Developing a prosperous local economy will empower both communities and shift their focus from historical animosity toward an optimistic common future.