The McGurk thorn in Turkish-American relations 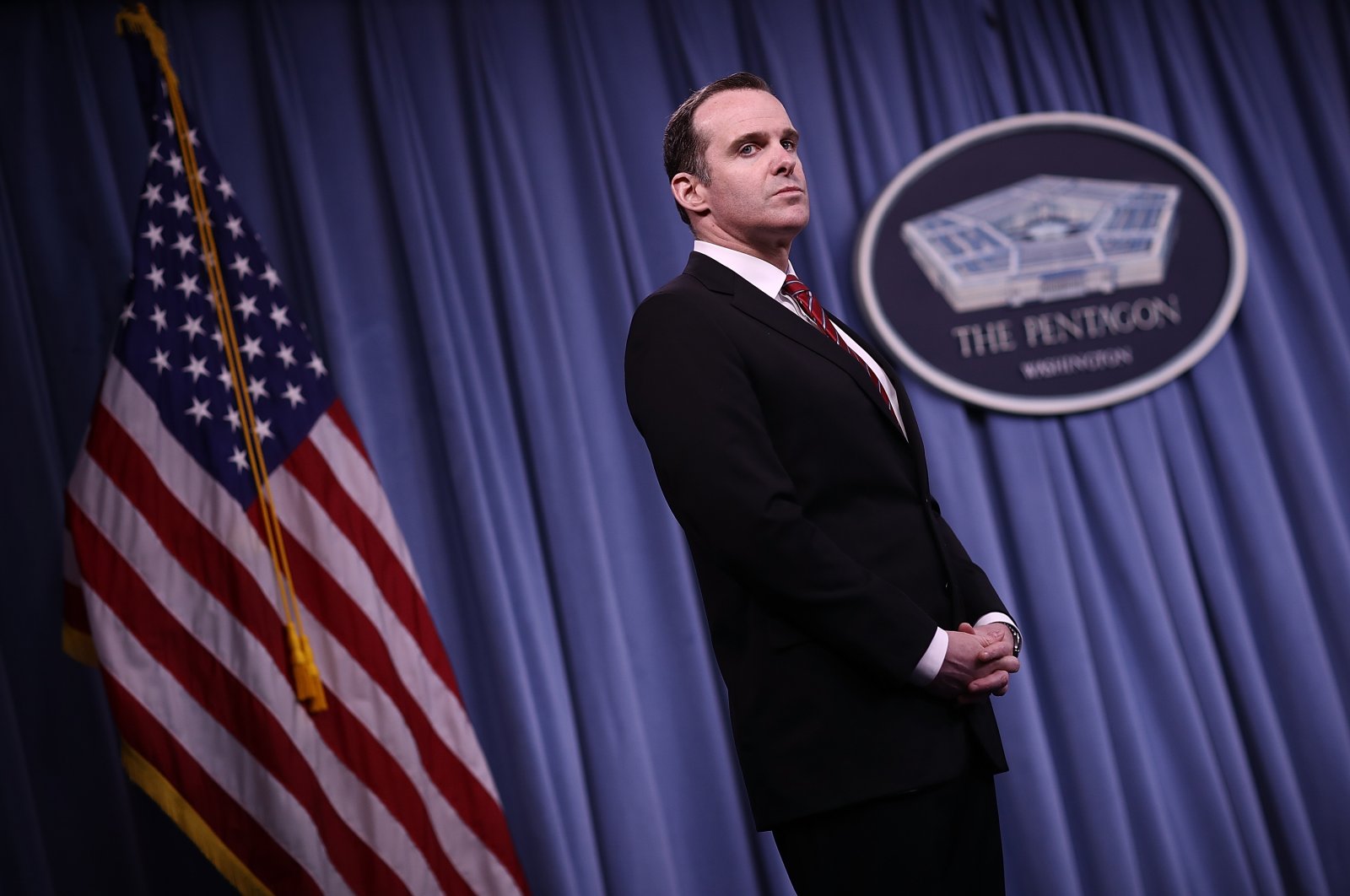 Brett McGurk, then U.S. envoy for the global coalition against Daesh, listens to questions from reporters during a Pentagon briefing, Virginia, U.S, May 19, 2017. (Photo by Getty Images)
by Batu Coşkun Jan 18, 2021 12:05 am
RECOMMENDED

It’s official: Brett McGurk is joining U.S. President-elect Joe Biden’s national security team as coordinator for the Middle East and North Africa. For anyone who remembers the former official from the Obama administration, this is terrible news. McGurk was the chief architect of the U.S.'s relationship with the Syrian offshoot of the PKK terrorist organization, the YPG. He regularly posed with the group's leader, Ferhat Abdi Şahin, code-named Mazloum Kobani, a fugitive wanted by Turkish authorities responsible for the deaths of countless civilians.

The appointment has dealt a heavy blow and could impact the mending of ties between Ankara and Washington. Despite signs that the incoming administration was looking to better its relationship with Turkey, McGurk's appointment has sullied the picture.

The Americans knew of the Turkish authorities' disdain and distrust of McGurk, but Biden went through with the appointment anyway. It seems Biden is reassembling the Barack Obama team, which is worrying not just for Turkey but for the region as a whole.

Countries like Israel and Saudi Arabia must be watching in dismay as the man who allied the U.S. with a Marxist, ultra-nationalist terrorist group is appointed to office. He is also complicit in allowing Maliki to come to power in Iraq, who has since abandoned Baghdad and operates on Iranian instructions.

McGurk's failed Middle East policies must not be given a new lease on life under Biden. If Biden is to turn over a new leaf and put the calamity that was America's foreign policy over the past two decades behind him, he must learn from not just Trump's mistakes but also those of his former superior, Obama.

Obama's indecisiveness and Trump's apathy to the wants and ambitions of regional leaders are shortcomings Biden needs to be aware of. If Biden plans to be the second coming of Obama, problems will remain unresolved. Biden must step out from under the shadow of the Obama years and implement his own foreign policy that neither mimics Trump's indifference or Obama's lack of resolve.

McGurk’s appointment is a terrible step in this regard.

Biden famously asserted that “America is back.” What remains unclear – back to what? If McGurk leading the national security agenda in the Middle East is an indication of anything, it is that Biden is returning to the failed policies of the Obama era.

The American public has been fed lies about the U.S. campaign to defeat Daesh. The reality is that it allied with one terrorist group to defeat another. By supplying tactical and arms support to the YPG, the U.S. helped prop up one of the most dangerous terrorist entities in the region – a deal that Brett McGurk masterminded.

Forget Western media's coverage of the YPG, glorifying their victory against Daesh and presenting the group as a contender to rule the country. These are ruthless terrorists bound by a dangerous ideology. The group has cozied up to Russia and Iran, America’s greatest rivals in the region, and has complicity worked with the Bashar Assad regime in Syria.

America’s great return strategy should not simply be a repeat of past mistakes. Biden now has the opportunity to rectify the mistakes of his predecessors, but this requires Washington to adopt a new approach. Simply recruiting the Obama era national security elite will not put to bed any problems.

If Biden believes bringing back misguided officials like McGurk will help reassert America's dominance in the region, the U.S. will likely continue to produce no results.

Let’s take a step back and look at the reasons why McGurk allied the U.S. with the YPG in the first place. He believed the terrorists would effectively fight Daesh but also serve as U.S. ground troops undermining spreading Russian and Iranian influence.

On all accounts, the policy failed. The YPG is just as bad as Daesh; it uses classic terror tactics, enslaves women and children and commits heinous war crimes including ethnic cleansing against Arabs. The group openly enjoys a relationship with Moscow and has been in contact with Iran through clandestine networks.

What will he do?

McGurk does not have the leeway to force an alignment with the YPG as he did in the Obama years. Since Trump assumed office, the scene in Syria has changed. Turkey’s footprint in the area has spread and a new status quo has been established to which the U.S. is not a party.

McGurk could prove to be more of an irritant when it comes to Syria than anything else. He may try to push reconciling with the YPG on the agenda but will certainly target Turkey in rhetoric.

McGurk has already publicly criticized Turkey on several occasions. These comments will surely only make things uncomfortable if and when McGurk engages with his Turkish interlocutors.

By choosing somebody so staunchly anti-Turkey to lead a vital component of his national security team, Biden has already started off with Ankara on a sour note. Of all the people that could have been picked for the position, Biden picked the most controversial.

Turkish officials, through numerous statements, have extended an olive branch to the incoming U.S. administration. President Recep Tayyip Erdoğan was content with letting Biden’s past gaffes slide, proposing opening a chapter of cooperation. McGurk’s appointment is a snub in this regard.

The U.S should show Turkey that it is willing to cooperate, instead of bringing back irritants like McGurk. The new American policy regarding the Middle East cannot be executed without close coordination and cooperation with Ankara. Let’s just hope that it isn’t too late when Biden realizes this fact.