The menace of Hindutva nativism 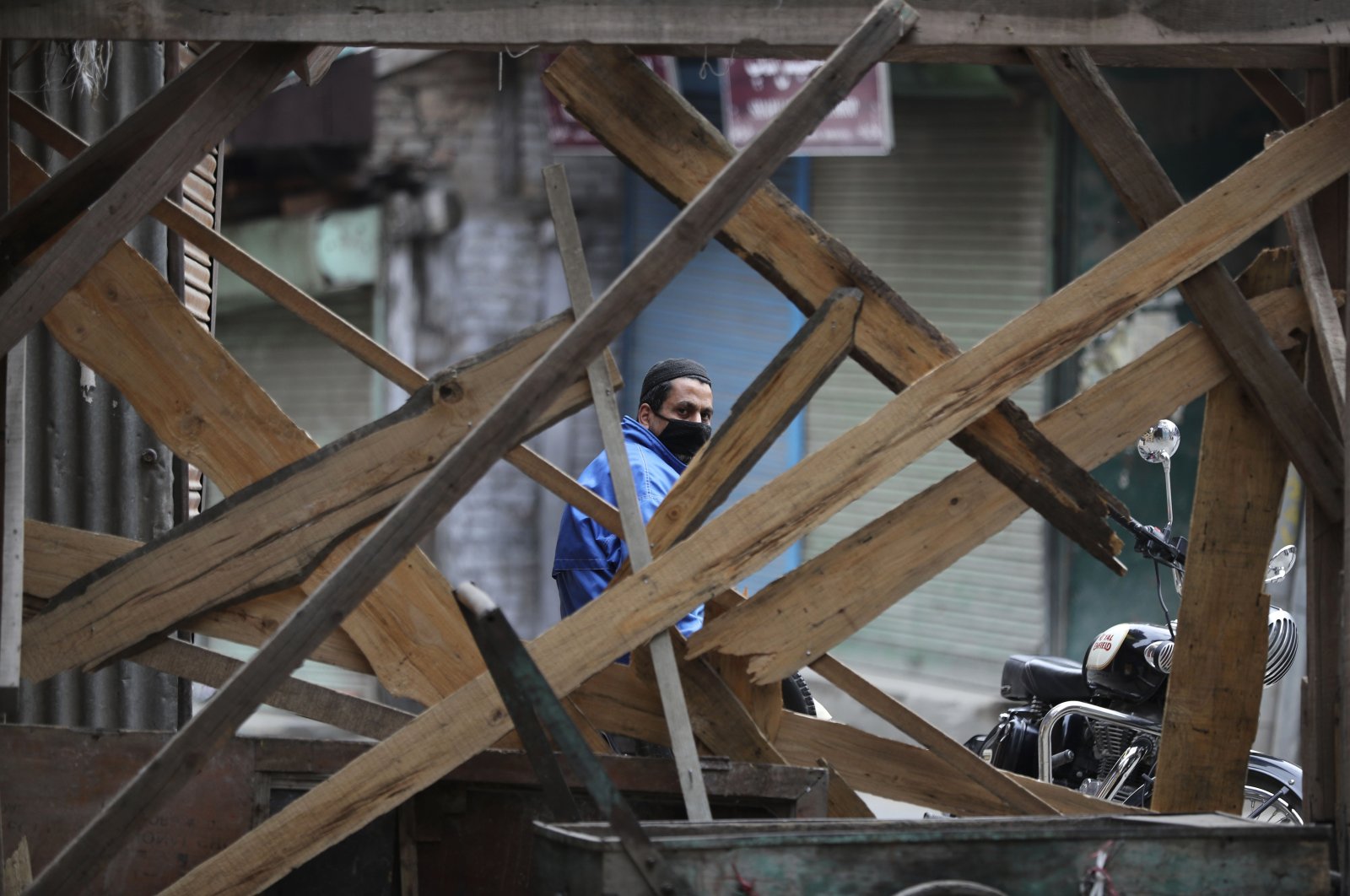 The Hindutva fascist movement in India, to which the current Narendra Modi-led Bharatiya Janata Party (BJP) government is intricately linked, pursues three duplicitous policies in Kashmir: first, the weaponization of pluralism to enforce homogenization; second, fomenting radical authoritarian and majoritarian impulses to break the law, yet insisting the victims of violence abide by it; and third, claiming to champion freedom of speech, assembly and dissent, but label any Muslim or Christian who utilizes these rights as guilty of incitement or terror. Just consider the wave of arrest warrants against Kashmiri journalists like Masrat Zahra, Gowhar Geelani and Ashiq Peerzada. Each of these cunning stratagems contains further internal dissonance that only adds to the enigma of Hindutva India. And, none of it can be understood outside the psychosomatic link between cowardice and oppression, or what professor George Simon refers to as "predatory aggression" and "narcissistic bullying" that Hindutva and RSS fanatics so callously exhibit. All this, in furtherance of their broader political objectives of disempowerment, pacification and gaslighting Kashmir, directly impacts the lives of Muslim, Christian and Dalit communities throughout India as well.

First, the monolithic Hindutva Indian project is desperate to propagate the seemingly righteous but insincere claim that "we are all same" – read Hindu, myth. The insistence of a monolithic cultural and racial homogeneity is ludicrous in the vast expanse of South Asia, home to several dozen languages, cultures and ethnicities. It is sugarcoated with universalism to secure the moral high ground. Yet, as Washington Irving cleverly wrote, "villainy wears many masks, none so dangerous as the mask of virtue." Essentially, Hindutva policy shrewdly uses humanitarianism to appropriate and undermine dissenting voices under the appealing garb of celebrating diversity. Plurality, in this ideological trap, works in obeisance to their hegemony and, therein, lay the internal duplicities. Razing mosques, lynching Muslim traders and threatening to rape dead Muslim women, while invoking Gandhi and calling for peace, and then enforcing conversion because we are all "one" is the Hindutva modus operandi.

Secondly, Hindutva propagandists openly, and arrogantly, admit that not all people are equal – and can never be. In fact, the BJP’s Harvard-educated Subramanian Swamy has point-blank declared Muslims as "not equal" in India, in clear violation of Article 14 of the Indian constitution. Unquestionably, in the BJP’s India, the law, whether in India or the occupied territories of Kashmir, is not worth the paper it is written on. It’s only utility is in the BJP’s ability to manipulate it. Whether in the instance of the illegal and unconstitutional abrogation of Article 370 of Kashmir, passing of the discriminatory Citizenship Amendment Act (CAA) or, now, altering Kashmir’s domicile law to allow demographic flooding in Kashmir, Hindutva policy flays Indian laws and uses political skullduggery to justify it. In the meantime, after declaring tens of millions of people outside the scope of the constitution and law, they activate emissaries of love – the yoga-loving, Sadhguru-type of meek megalomaniacs that utter meaningless, sweet-sounding drivel. These charlatans play a nefarious role in gaslighting and pacification. In other words, they cajole people, through charm offensives, in order to prevent the oppressed to energize, galvanize and act. Then, in chilling fashion, the oppressed are informed that though they are victims, they should not take the law in their hands. Instead, they are urged to file their grievances with the proper legal authorities. Then, wait – for justice that will never come.

Thirdly, Hindutva policy is to pay lip service to India’s legacy of cultural tolerance of freedom of expression, but discourage authentic Muslim, Christian or Dalit communities' participation in civic life. In actuality, they undermine all authentic representations, especially for Muslims. Only non-practicing, outwardly non-distinguishable Muslims are encouraged to exist. Consider how any empowering act undertaken by Muslims that proudly uses their own culture or religious vocabulary is seen as "communal," "anti-national" or, worse, "fundamentalist Jihadist." Even calling out the newly formed disputed territory of Kashmir’s administration as unrepresentative for being entirely non-Kashmiri, save for a single person, is tantamount to provocation. In other words, calling out sectarian policy has one labeled sectarian.

Together, these sinister strategies amount to the grotesque othering of Muslims. This includes banning them from growing a beard if in the Indian military, though Sikhs are allowed, or from chanting Islamic-inspired slogans, since it may lead to feelings of exclusivity. In a Muslim socio-cultural context, God is often invoked, whether or not the demand is sacred or secular, whether pertaining to worldly or heavenly affairs. The Islamic paradigm does not dichotomize life into spheres where God ‘s presence is or is not manifest. Hence, an authentic reading of the Islamic tradition recognizes this intertwining of sacredness and secularity based on intent. However, the ways that an Indian Muslim could be authentic, and express their faith and country in a healthy, productive way are vanishing. In Kashmir, overwhelmingly, Indians have always been seen as foreigners. So, they have understood this playbook well. Yet, Indian Muslims gladly accepted India as their home, and are unfortunately facing the brunt of a majoritarian predatory state.

Ultimately, what these sinister Hindutva strategies accomplish is as follows: disempowering the life-force of Muslim camaraderie and filling it with doubt by infusing them with a sense of shame in their own heritage. This weakens their resolve and prevents action. Then, replace that with a false promise of egalitarianism. Secondly, break every rule in the Indian constitution that relates to minority rights in India or the disputed territory of Kashmir, then submissively approach disgruntled segments of society to direct them to the courts so the issue drags out for years. By this, the aim is to pacify the passions that are the impetus of revolt and limit blowback. Thirdly, they wish to demonize as "fundamentalist" all practices of Muslim social bonding that provide necessary cultural capital needed to resist oppression.

Lastly, this becomes even more reprehensible considering that the disputed territory in Kashmir, as well as the whole world, is suffering under the COVID-19 pandemic. Yet, as professor Simon articulates, the aim of cunning manipulators is “red-flagging aggressive intentions and surreptitiously get the other person to unwittingly but voluntarily surrender. Instill shame, invite guilt, evoke fear, or create great doubt, and the other person will likely back off the stance they really wanted.”