The struggle for Taliban governance 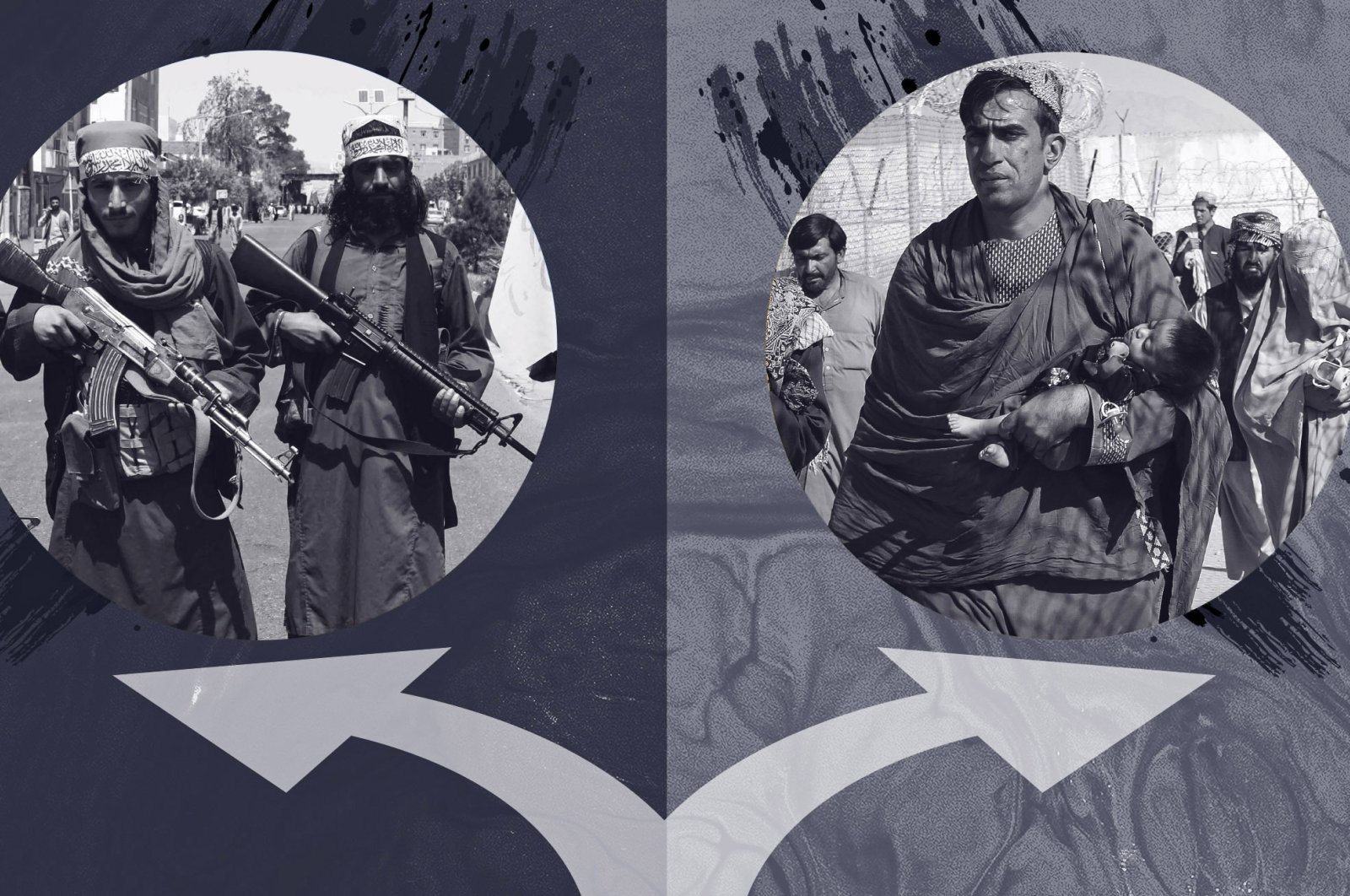 A photo illustration by Daily Sabah’s Büşra Öztürk shows the Taliban at the crossroads as they decide how to govern Afghanistan.
by Tanya Goudsouzian Aug 26, 2021 12:05 am

It is acknowledged by most Afghanistan observers that the speed with which events transpired may have caught even the Taliban by surprise, and this accounts for the lack of clarity on the way forward and why there has been a delay in announcing a new government. We are seeing a flurry of activity – meetings in Kabul, Doha and Islamabad – but the jury is out whether this will result in any decisions in the near term.

While events in Afghanistan are widely seen as only a Taliban takeover, it would be overly simplistic to put it that way. There are many assumptions, including the notion that the Taliban is a monolithic movement, and that the other actors have been eliminated from the scene. They have not.

Let’s start with the Taliban. At present, there are divisions among the Taliban, which is partly why the process of a government formation is taking some time. While the Taliban are recognized for an ethos of unquestioned obedience among followers, we are hearing that there is discord among the leadership over what shape and form the government should take, and to what extent the government should be responsive to the demands of the Afghan population in terms of civic freedoms they had enjoyed over the past two decades, as well as demands of the international community. There are hardline elements within the group, as well as more pragmatic ones. Regional stakeholders, such as Pakistan, are pushing hard for unity among these factions but also to make sure that the government they form will be viewed and recognized as “inclusive” and achieve a measure of international legitimacy. Which Western country, for instance, could justify establishing diplomatic relations with a regime that flouts international human rights conventions, particularly a movement still listed as a terrorist organization by the United Nations?

There has been talk of a Kandahar Jirga to iron out these issues, and from that jirga to announce an emir. But we are hearing that many stakeholders are opposed to this idea. This could be because jirgas are seen as a traditional Pashtun mechanism rejected in some Afghan quarters. But also, the declaration of an emir for an “Emirate of Afghanistan” would be difficult to swallow for an international community that spent billions in the past two decades to improve the rights of Afghan citizens.

Important developments over the past week or so include the announcement of a three-man coordination council – or “Troika” – seeking a peaceful transition of power. This includes former President Hamid Karzai, former head of the High Council for National Reconciliation, Dr. Abdullah Abdullah, and head of the Hezb-i Islami Gulbuddin Party Gulbuddin Hekmatyar. These three politicians were meant to travel to Doha for meetings with the Taliban leadership, but this changed when it was reported that the Taliban leadership arrived in Afghanistan.

What remains uncertain is what these three politicians would be calling for, and what kind of government they would push for. Karzai is seen as more flexible, but I would be surprised if Dr. Abdullah’s support base would be amenable to the strong central government that Hekmatyar is advocating. I interviewed Hekmatyar last week and he told me he was insistent upon a strong centralized government, which is controversial for non-Pashtun communities who have long called for more decentralization.

On that note, several ethnic Tajik politicians of the former Northern Alliance traveled to Islamabad soon after the Taliban takeover of Kabul to express their concerns and seek assurances that they will be included in some kind of a power-sharing agreement, which they call an “inclusive” government. Yet, there are still questions over what they call an inclusive government. How will this be defined? Do they want a quota based on representation of various ethnicities, or does it extend to ideologies? Are we also going to see secular, communist figures included in this government? Women?

Complicating matters is the announcement by former Vice President Amrullah Saleh that under Afghanistan’s Constitution, he is now the country’s caretaker president, and he – along with the son of the late resistance leader Ahmad Shah Massoud – has vowed to resist any Taliban government. Saleh has not received public support from other Panjsheri politicians, which has led to some speculation that there is division among the former Northern Alliance contingent as well. Whatever the case, Saleh’s caretaker government / resistance can be seen as a viable opposition, a mechanism to pressure the Taliban, should they prove stubborn and intransigent on key issues. Of note, Ahmad Massoud has also declared a “mujahideen resistance to the Taliban” and is seeking international military assistance from nations seeking an alternative to the Taliban takeover.

For Pakistan, and other backers of the Taliban, domestic and international legitimacy for the incoming government is a critical matter.

Going forward, legitimacy is likely to be a key consideration in Taliban decision-making over the weeks to come. There is little doubt that the Taliban cadre have learned some valuable lessons from their short-lived emirate in the 1990s. Isolation will not serve their interests. They do not want to be pariahs for the international community, especially as they recognize the need for international aid and access to global financial institutions. Governance of Afghanistan cannot be accomplished by drug money alone. Over the past two years, we have seen Taliban emissaries meet with the Americans, the Pakistanis, the Russians, the Iranians and the Chinese.

As for the Americans and their allies, many questions still remain. The United States, in particular, is publicly keeping its cards close to its chest while its evacuation is going on, ostensibly to ensure the Taliban do not interfere with the evacuation. But they have frozen the financial assets of the former government and blocked the ability of the Taliban to access international financial systems. There is no indication or information on the closed-door discussions the U.S. is having with the Taliban, and it is likely nothing will be announced until the U.S. is satisfied that all evacuees have been recovered and processed.

Trade relations with neighboring countries and continued international aid are not negligible issues for Taliban 2.0. If the group has not altered their views on human rights, minorities and women, they have certainly shown that they want access to the benefits of being full-fledged members of the international community. Yesterday I spoke to Mullah Zaeef, former Taliban envoy to Pakistan, and he told me the Taliban today are “more exposed to the ways of the world,” and that they will likely be more open to discussion on a number of issues than they might have been 20 years ago.

In conclusion, there are still many unknowns. It is likely that the Taliban will have to acknowledge some level of flexibility and inclusiveness in their governance model, but a longer-term commitment to that model is likely problematic given their ideology and, frankly, their DNA. It is too early to predict any outcome and, as has become the most frequent phrase used in describing the intentions and actions of the Taliban, we will just have “to wait and see.”

Canadian journalist who has covered Iraq and Afghanistan for over 15 years. She is former Opinion editor of Al Jazeera English Online, and currently head of Interviews at TRT World
RECOMMENDED