Taliban say no deadline extensions for US pull out from Afghanistan 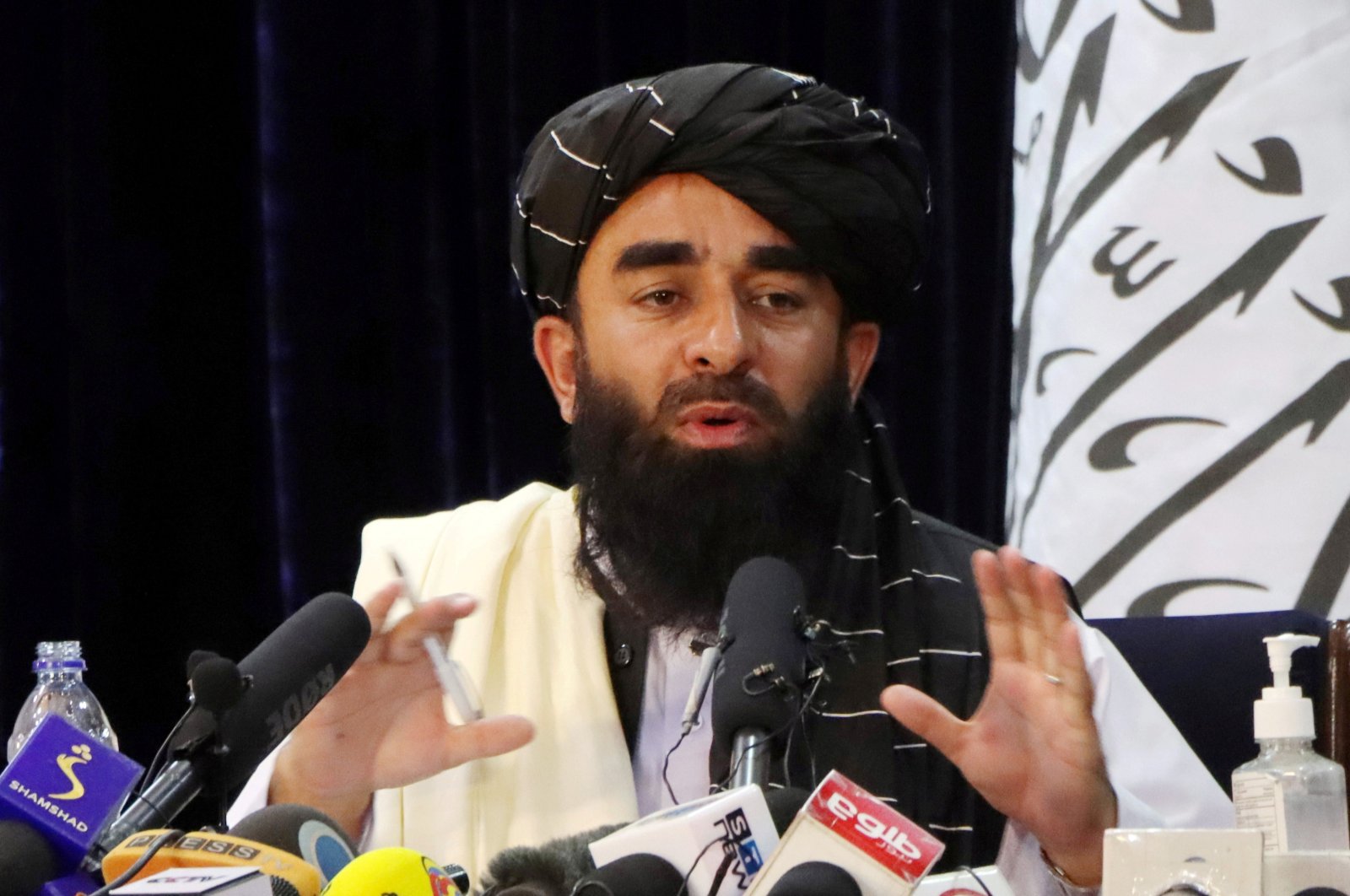 The Taliban said Tuesday the U.S. must complete its withdrawal operation by Aug. 31, the date President Joe Biden has set earlier in April as a deadline for foreign forces to pull out from Afghanistan after 20 years of military presence there.

Taliban spokesperson Zabihullah Mujahid said his group will accept "no extensions" of the deadline for evacuations of Afghan personnel who worked alongside with U.S. and NATO forces as well as civilians. The comments came as Biden alongside leaders of G-7 nations were set to hold a virtual meeting Tuesday, where member-states were due to discuss various issues such as whether to recognize the Taliban as the new legitimate power in the war-torn country or the implementation of sanctions amid recent reports over human rights violations and fears that the group will not keep its promises and impose harsh rule across the nation.

Mujahid also said the United States should stop evacuating skilled Afghans. The group said Americans were taking "Afghan experts" such as engineers out of Afghanistan.

"We ask them to stop this process," Mujahid said at a press conference in Kabul.

The group sought to assure the thousands of Afghans crowded into Kabul Hamid Karzai International Airport in the hope of boarding flights they had nothing to fear and should go home.

"We guarantee their security," Mujahid said in the capital, which Taliban fighters seized on Aug. 15.

He said "August 31 is the time given and after that it's something that is against the agreement," adding that "all people should be removed prior to that date."

"After that we do not allow them, it will not be allowed in our country, we will take a different stance," Mujahid said.

The Taliban spokesperson asserted that life is returning to normal in the country but chaos at the airport remains a problem. Many Afghans are desperate to flee the Taliban takeover of the country.

In the wake of their stunning takeover of Afghanistan, Taliban leaders have promised to restore security and tried to project an image of moderation, but many Afghans are skeptical. U.N. human rights chief Michelle Bachelet added to those concerns Tuesday, warning she had credible reports of "summary executions” and restrictions on women in areas under Taliban control.

She urged the Human Rights Council to take "bold and vigorous action” to monitor the rights situation. Bachelet did not specify what time frame she was referring to or the source of her reports.

It has been difficult to determine how widespread abuses might be and whether they reflect that Taliban leaders are saying one thing and doing another, or if fighters on the ground are taking matters into their own hands. When the Taliban last ruled Afghanistan in the late 1990s, the group largely confined women to their homes, banned television and music, chopped off the hands of suspected thieves and held public executions.

Later Tuesday, G-7 leaders plan to discuss the crisis in Afghanistan, as European leaders press the U.S. to consider delaying its withdrawal to allow more time to evacuate those desperate to leave. U.S. administration officials have refused to be pinned down about whether an extension is likely or even possible given that a Taliban spokesperson has warned that Aug. 31 is a "red line” and that extending the American presence would "provoke a reaction.”

German Foreign Minister Heiko Maas said the majority of local staff who worked for his country in Afghanistan haven’t yet gotten out and called Tuesday’s meeting "very important” for discussing international access to the Kabul airport beyond the end of August.

Britain's defense minister separately has called the deadline a "mistake.” Tragic scenes at the airport have transfixed the world. Afghans poured onto the tarmac last week and some clung to a U.S. military transport plane as it took off, later plunging to their deaths. At least seven people died that day, and another seven died Sunday in a panicked stampede. An Afghan solider was killed Monday in a gunfight.

Underscoring the fears of those seeking to flee, Bachelet cited reports Tuesday of "summary executions” of civilians and former security forces who were no longer fighting, the recruitment of child soldiers, and restrictions on the rights of women to move around freely and of girls to go to school. She cited repression of peaceful protests and expressions of dissent. She called for strong action to investigate reports of rights abuses.

"At this critical moment, the people of Afghanistan look to the Human Rights Council to defend and protect their rights,” she said. "I urge this council to take bold and vigorous action, commensurate with the gravity of this crisis, by establishing a dedicated mechanism to closely monitor the evolving human rights situation in Afghanistan.” By "mechanism,” Bachelet was referring to the possibility that the council might appoint a commission of inquiry, special rapporteur or fact-finding mission on the situation in Afghanistan.

While advocacy groups like Human Rights Watch echoed such calls, a draft resolution at the council stopped far short of intensified scrutiny – and appeared to push back any deeper look at the rights situation until next year.