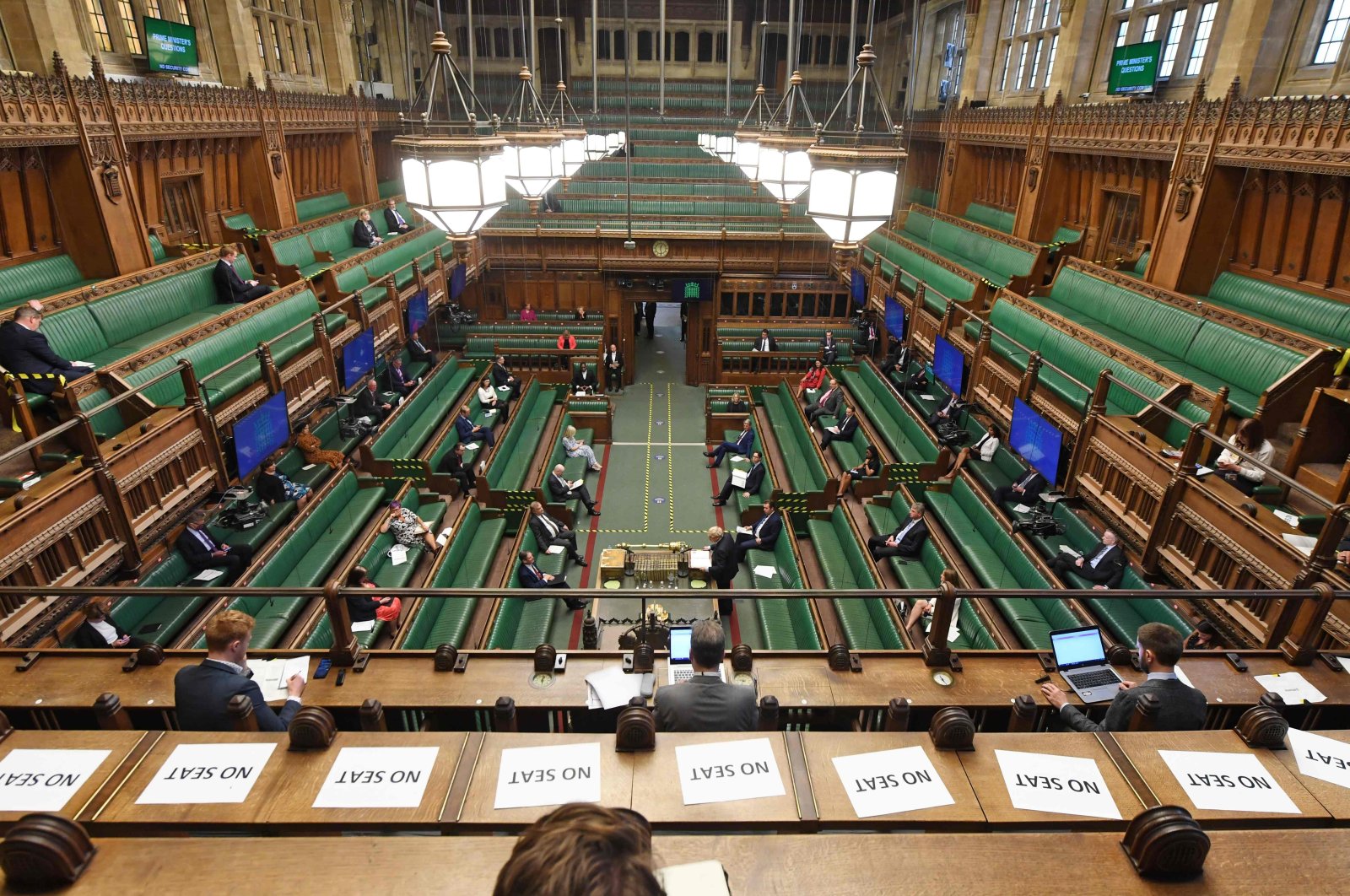 With Monday marking the 20th anniversary of the U.K. Terrorism Act 2000 (TACT), U.K. based human rights group, Cage, has published a wide-ranging report on how the British counterterrorism (CT) regime has “expanded to historically unprecedented levels” – shifting from a hard, one-tier approach to various "soft" methods of social control "bound up with systems and processes that can determine citizenship-stripping and child removal” so much so that it has created a "near-limitless policing apparatus."

The organization states that a consequence of this has been the creation of a parallel justice system that undermines the rule of law and infringes on civil liberties for all, while "introducing techniques and technologies that justify intrusion and surveillance into every single sphere of life."

Entitled "20 Years of TACT: Justice under Threat," the report details how the last two decades have seen the ritualization of the passing of new "counterterrorism" policies through Parliament almost annually, with TACT 2000 forming the legislative backbone of counterterror policing in Britain. Over that period, the U.K. has witnessed the rise of a political and media discourse on "terrorism" that has steadily normalized and legitimized mass surveillance apparatus.

While overlooking how counterterrorism itself has been serving as its own justification, the narrative has now shifted from the lay idea of "terrorism" as referring to acts of mass public violence, to the majority of offenses instituted and prosecuted under TACT constituting "what could be termed pre-crime and/or nonviolent offenses, such as the 'collection' or 'possession' of material prosecutions," according to the report.

With terror arrests, and especially raids, often attracting media attention and serving as a visible indicator that "something is being done," the statistics show that the reality away from the headlines often falls short of the impression created by them. Meanwhile, since TACT statistics began being recorded, a mere 11.6% of "terror arrests" have resulted in convictions, while almost half of all arrestees have ended in no action being taken, with just over a quarter of arrestees charged with a terror offense.

Additionally, the way that the specter of "extremist" or "terrorist" prisoners is mobilized politically – with the idea of prisons being "breeding grounds for terror" – has also justified the expansion of the prison regime and validated discriminatory perceptions of Islam and Muslims. With around 77% of individuals in prison custody for terror offenses being Muslim, the stigma and fearmongering attached to Muslim-majority terror offenders have served to validate a hard arm of policing and undermine the very notion of rehabilitation. This only added to the already immense problems that British Muslims face when attempting to participate in daily life and contribute to the society they live in.

In this new culture, what is often considered "reckless" or otherwise misguided behavior that does not require proof of intent has become the baseline for counterterror convictions that are in turn based on politicized interpretations of statements and discriminatory conceptions of Islamic "ideology," as the wider counterterrorism architecture chips away at a core pillar of due process and results in unsafe convictions. In this regard, the report reveals an increasing trend of pre-criminal convictions within a context of discriminatory and securitized policing and a deeply toxic political environment.

Other unsavory consequences of TACT have included moves towards routinely arming police off the back of the "terror threat," shoot-to-kill practices being increasingly deployed against terror suspects, the use of secret evidence and the closed processes of the Special Immigration Appeals Commission (SIAC) courts.

This has all been made possible by a highly profitable counterterrorism lobby deeply embedded in government, a complicit media and even the courts being at times deferential in the face of the "justifications" presented for this corrosive undermining of the rule of law.

Cage states that its concerns are made all the more significant given a wider context in which counterterrorism has negated the small gains made under multiculturalism and is shunting us towards a more stridently nationalistic and assimilationist social policy. This has implications for foreign policy as well, with the powerful prescription regime for banning "terrorist" organizations serving as a tool, allowing the British government to use its laws to support its allies abroad to settle their internal disputes.

Azfar Shafi, the author of the report, said: "The perpetual drive for ever more laws and powers to combat 'terrorism' has served to hollow out the justice system and democracy from the inside out over the last 20 years. This report highlights some of the damage that has been enacted in the name of countering 'terrorism' since 2000, and charts a new proposed direction, based upon our calls to Revoke the CT regime and return to the use of the standard criminal law process, to Repair the damage caused to communities targeted by the CT regime and to re-evaluate by fostering an environment built on social security as opposed to 'national security.'"

In an era where current events have ignited people's interest in the concept of a cohesive society and in civil rights as a genre and with the entire spectrum of discrimination, including racism and anti-Muslim sentiment being firmly in the spotlight, reports like the one released by Cage this week serve as detailed reminders of the challenges we face in our quest to rid the world of discrimination and hatred. Policymakers both in the U.K. and abroad would do well to consider the proposals laid out in that report.