The wind of Cold War finally blows in US-China relations 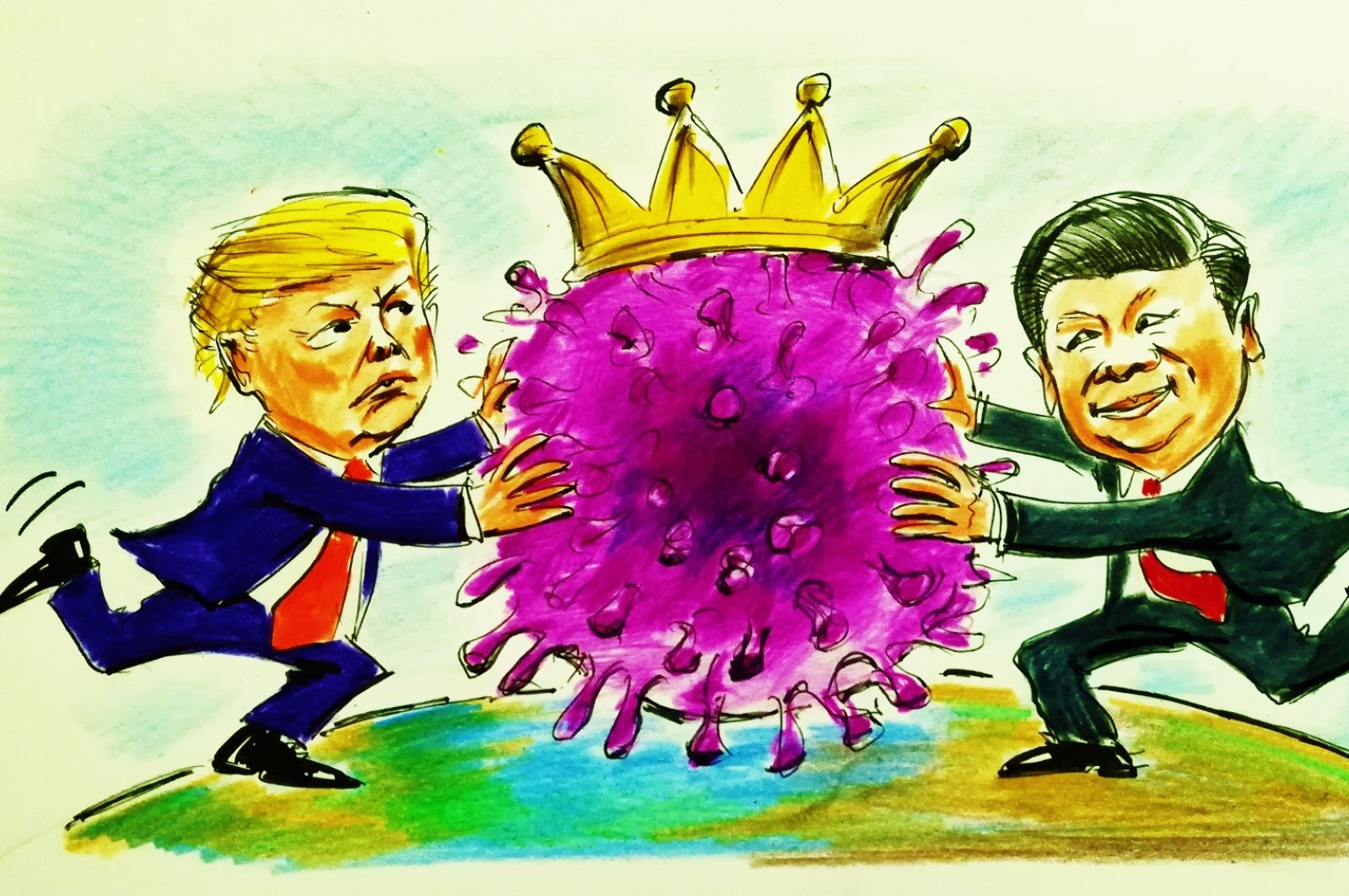 As the coronavirus pandemic has made it clear we are now quickly moving toward a new international order in which neither the United States nor China appears to be eager to play the role of a responsible global leader. Reluctant to adopt credible initiatives to help coordinate responses globally to defeat COVID-19, both superpowers seem to have put their national interests first and are engaged in sharp power competition with a view to gain the moral high ground in the eyes of global audiences.

This suggests that the ongoing American-Chinese geopolitical competition will increasingly take on more ideological or normative dimensions than ever before.

Even though some argue that we are still far from a situation in which the U.S. and the Soviet Union faced each other as existential enemies during the original Cold War years, we are quickly moving to that stage, with China and the U.S. increasing their efforts to inflict damage on their material and nonmaterial interests each passing day.

Yes, the degree of economic interdependence between the U.S. and China far outweighs the degree of economic interdependence that existed between the U.S. and the Soviet Union. Unlike the Soviet Union, China owes its spectacular economic growth to its institutional incorporation into the U.S.-led liberal international order. China's access to Western markets, Western foreign direct investment in its domestic economy, Western technological transfers to its firms, outsourcing of Western manufacturing jobs to the country and the huge dollar reserves at its disposal have long led many to argue that the probability of China overhauling the current order would remain much lower than the probability of China transforming into a responsible stakeholder. The high economic interdependence between the two countries appears to have produced the perception that the U.S. and China are on the same ship, and any shipwreck would make them both sink.

Yes, unlike the competing American and Soviet claims to global primacy during the Cold War years, what we observe today is one established hegemon abdicating the role of global leadership while a rising superpower still shirking global responsibilities before proving its claim to hegemony in its own neighborhood.

Yes, unlike the American-Soviet example, today's U.S. and China engage each other through various bilateral and multilateral platforms. Saving their togetherness within the United Nations Security Council, the then Soviet and American leaders preferred to deal with each other bilaterally. This is just the opposite of how U.S. and Chinese leaders have interacted with each other since the early years of China's opening to the global economy in the late 1970s. The multilateralist elements of American-Chinese relations have spectacularly increased following China's membership in the World Trade Organization in 2001.

Having said that, the post-COVID-19 era does not augur well for the future of U.S.-Chinese relations, and many pundits have already rushed to the conclusion that we are now watching a new Cold War unfold between two behemoths.

Let alone their growing military expenditures, the U.S. has intensified its efforts to help contain China's rise through Quad-like initiatives, while China is doing its best to drive wedges between the U.S. and its traditional allies across Europe, East Asia and Southeast Asia.

Besides, China has in recent years improved its relations with Russia. Having felt excluded by the West, Russia and China have become much closer to each other than before. Though a traditional security alliance has not been in the making yet, each passing day witnesses more joint military exercises, energy cooperation and diplomatic coordination between the two nations.

The fabrication of the China threat in American society also seems irreversible now. Many opinion polls recently show that majorities of Republican and Democratic constituencies in the United States define China as the number one existential threat. A Joe Biden presidency would not change the anti-China hysteria in American society. China's performance during the coronavirus pandemic seems to have corroborated Americans' fear that the communist leadership in Beijing is doing everything to hollow out American primacy and dent American image across the globe. A similar psychology reins in Beijing with Chinese leaders accusing their American counterparts of not playing a responsible role during the pandemic and putting China in the crosshairs.

There is now an undeclared war between the two nations. U.S. President Donald Trump's efforts to decouple the American economy from that of China and his contribution to the erosion of China's centrality in global supply chains are now viewed as hostile actions in the Chinese capital.

Both countries are now competing with each other to recruit as many followers as possible throughout the world. Europe, Central Asia, Africa, Latin America and Southeast Asia have increasingly transformed into playgrounds for the two countries. Both countries have now weaponized their military, economic and ideational power capabilities in order to score goals against each other.

The thing to worry about is that the COVID-19 pandemic has strengthened the Cold War dynamics in American-Chinese relations and added a more ideological and normative flavor to it.

Their political values, economic policies, governance models and cultural traditions will increasingly become ammunition in this geopolitical competition. This is as much a hard power competition as it is a soft and sharp power one. Unlike the original Cold War between the U.S. and Soviet Union, the new Cold War between U.S. and China will have more catastrophic consequences because humanity is living in a more globalizing and shrinking world and technological developments will multiply its corrosive impact. God bless humanity.