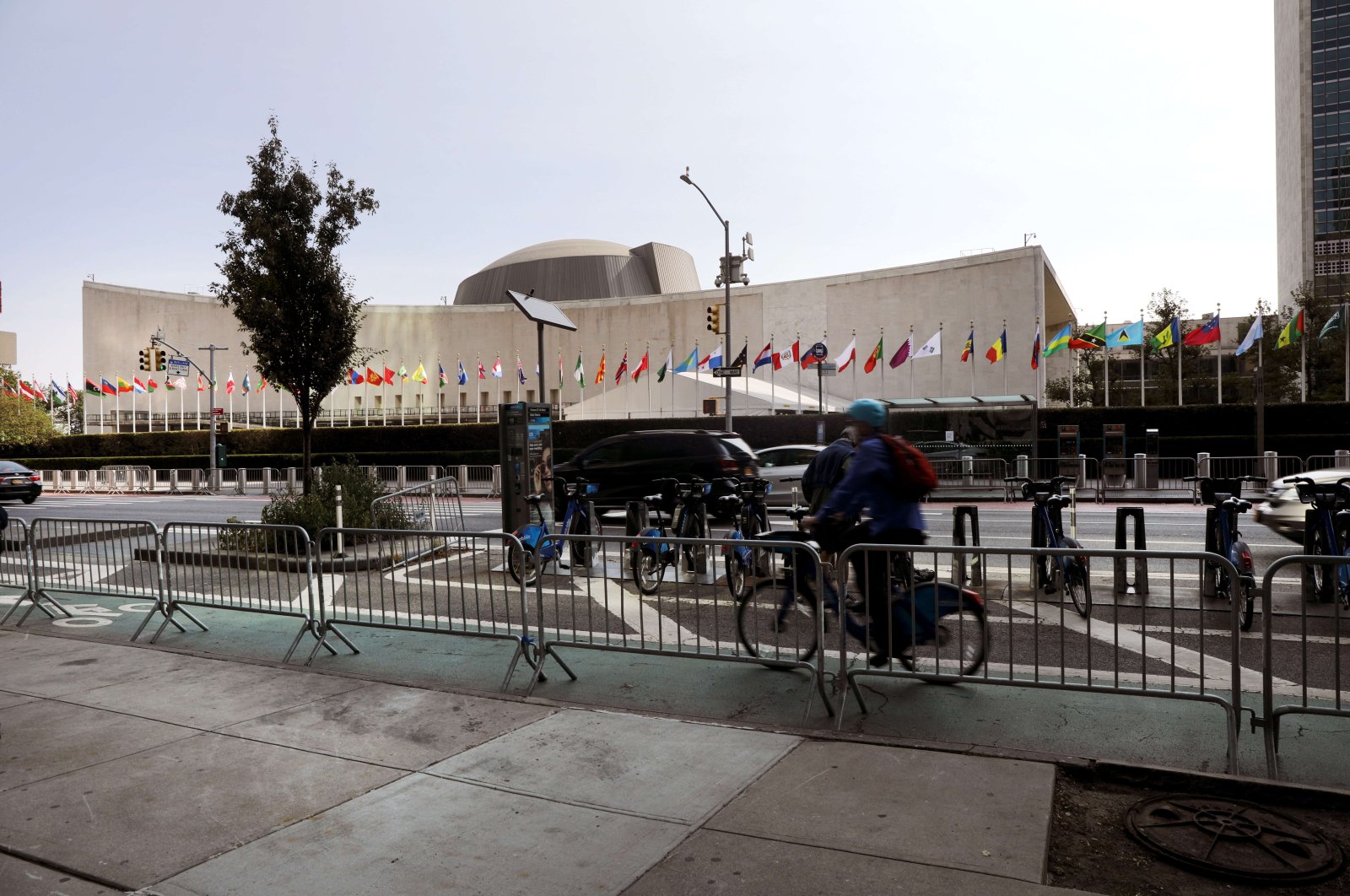 Sept. 21 is celebrated around the world as the Day of International Peace. Declared by the U.N. General Assembly (UNGA), this day underlines the role of the United Nations in contributing to international peace and security. Gathering online, world leaders celebrated the 75th anniversary of the U.N. by highlighting myriad mechanisms through which the U.N. has contributed to the well-being of international society.

Even though calls for U.N. reform have accelerated over the last decades, none of those blueprints conceives the possibility of changing the "international" spirit of this body with a "global" one. Many reforms suggested by eminent personalities presume that if the number of permanent members of the U.N. Security Council (UNSC) increased, the U.N. would reflect the changing dynamics of international politics much better.

According to many critics, the key deficit of the existing U.N. body is the huge gap between the institutional structure of this organization at its creation and the changing dynamics of international politics over the last eight decades. Unless the U.N. reflects those dynamics within its institutional apparatus, it will remain short of meeting contemporary challenges.

Noble as they are, many of such proposals omit one crucial point: What should the referent subject of such a worldwide organization be? Nation-states, individuals or the world itself?

Putting too much focus on nation-states at the expense of individuals, humanity and the planet Earth may carry the risk of further diminishing the U.N.'s relevance in today's world. I am of the view that such concepts as "international," "nation-states" and "citizenship" should fast give way to "global" and "universal community of humankind." Undertaking a thought-provoking exercise around the question of U.N. reform also ties in with some key debates held within the academic discipline of international relations.

"Who am I?" is the easiest question to answer in the academic discipline of international relations. The conventional answer is that I am first the citizen of my home country, and my other identities hold lower places in the hierarchy of identities.

If so, I expect my state, to which I am tied through the institutional linkage of citizenship, to provide me with prosperity, security and health. I hold the rulers of my state accountable for their performance while in office. Being elected to office through universal suffrage, rulers of states would do their best to make the electorate feel happy should they want to remain in power.

Such a characterization of citizenship and state-society relationship suggests that we live in the universe of nation-states and the responsibility of "rulers" and the "ruled" extend to the outer limits of territorial boundaries at most. International relations is after all the realm of activities among sovereign nation-states.

However, this way of thinking, despite the growing appeal of the idea that we should reclaim our national sovereignty in the age of great power competition and the COVID-19 pandemic, is out of sync with concrete realities on the ground.

We are not sailing on different ships in the same ocean. We are sailing in different cabins of the same cruise ship in the same ocean. If the ship sinks, we will all die. I am aware of the fact that some passengers sail in first class, whereas others are in lower classes and that there is only one captain at the helm. Yet, none of us could survive if our ship had a serious shipwreck.

We need to come to a radical understanding of international relations by increasingly moving away from the conventional state-centric model to adopt a more global framework.

The more we focus on internationalism, the more likely we compete with each other to exploit the limited resources of Earth, if not fighting wars overtly. Internationalism divides the world into different nations, many of which tend to believe that they are exceptional and superior to others. Each nation is inclined to put itself at a higher place than others. Racism, ethnocentrism, social Darwinism, irredentism and xenophobia can all be considered as conceptual relatives of nationalism and internationalism.

Therefore, nationalism and its extension to outside territorial boundaries, internationalism, cannot be the panacea of today's calamities. Such concepts should only be considered as the penultimate way station to reach the final destination of the global village. Pushing states to cooperate with each other so long as they have some common interests is a noble idea, yet it does not suffice for eliminating worldwide inequalities, structural causes of underdevelopment, hunger and poverty across the globe. Besides, any attempt at eradicating the structural causes of environmental pollution and global pandemics requires a global consciousness to adopt at the very beginning.

We cannot fulfill the principle of "unity in diversity" if we continue to see the world from the lens of nationalism and internationalism, for such concepts are exclusionary and based on different modes of dualisms. No matter where we live, which citizenship we hold, which religion we hold sacred, we all live similar lives in our localities. We also know that in today's shrinking world whatever happens abroad is likely to have an impact on our lives. Finally, as the environmental problems and global pandemics have demonstrated, we, the human species, are living in this world with other life forms.

If we don't replace our anthropocentric worldview with ecocentrism, I am afraid to tell you that we might not be able to survive in the not too distant future. Any attempt at reforming the U.N. should seriously conceive the possibility of replacing nationalism and internationalism with humanism and globalism.