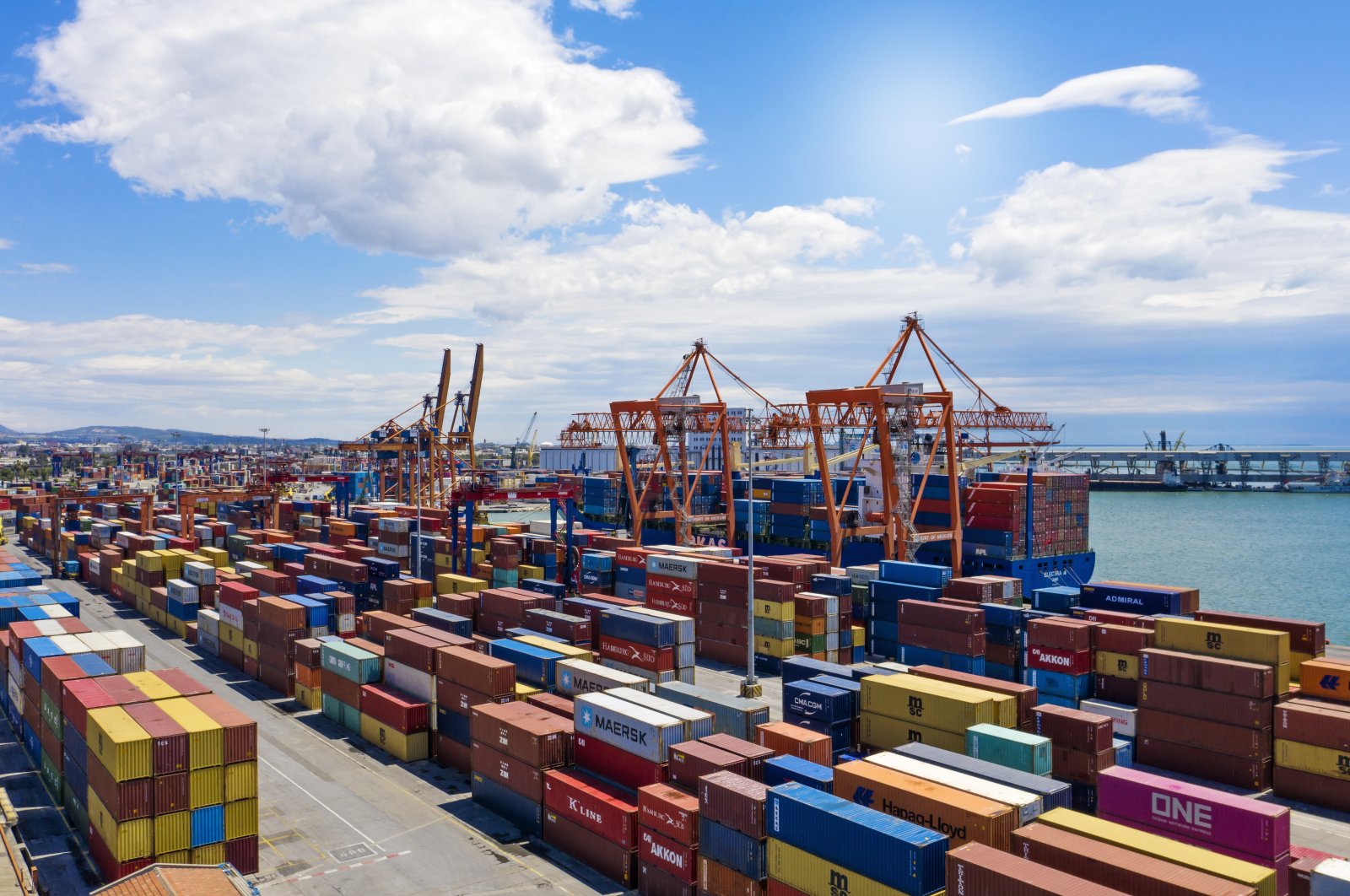 It always gives me pleasure to see a factory with smoke coming out of its chimneys, because a factory carries out value-added production and provides employment. A robust manufacturing sector indicates a strong economy and with the rising export numbers that enable more factories to work, the Turkish economy is gaining momentum.

The Turkish Trade Ministry's 2019 data shows that the country's cumulative export record reached $180.8 billion (TL 1.5 trillion) while imports were at $17.7 billion, a record in the republic's history.

As of June, exports have gradually recovered from the lowest levels it hit due to the pandemic and reached $16 billion in September, outperforming the same month of the previous year and setting a new record.

Turkish cumulative export volume in the last 12 months stands at $153.1 billion and the Turkish Exporters Assembly (TİM) has set an export target of $165.9 billion for 2020. On the day I wrote this article, only $49.6 billion remained from achieving this goal.

Before the pandemic, economic indicators were not very favorable. Over the last two decades, global exports decreased for the sixth time in a year compared to the previous year.

Undoubtedly, we all know that Turkey is a country that grows with exports. In September, Turkey announced its top 1,000 exporters, who were responsible for 62% of the country's total export volume. They carried out a combined $103 billion in exports. The majority of them are medium-tech firms.

When we look at Turkey's top 1,000 exporters, Ford Otosan ranks first with an export volume of $5.8 billion, followed by Toyota at $4.2 billion and Türkiye Petrol Rafinerileri A.Ş. (Tüpraş) at $3.5 billion. We see that the automotive industry has the highest export volume. Every $1 investment on the export side in Turkey returns as $4.

Speaking at the 63rd General Assembly Meeting of the TİM, Treasury and Finance Minister Berat Albayrak said they anticipate Turkey to come out of the pandemic induced slowdown with a V-shaped recovery and converge its potential growth. Our exporters are the main heroes of the V-shaped recovery in our economy.

Speaking on the New Economy Program (YEP), Albayrak said Turkey will participate heavily on the supply chain side. During the pandemic, Turkey had the challenge of working with a single global supplier like China.

At this point, the country seeks to stand out with its geographical location. When we look at the global supply chain side, the pandemic has taught us that supply security must be ensured.

The word "export" was the highlight of the YEP meeting. Albayrak often referred to the current balance, competitiveness and strategic reform, expressing that the new roadmap focuses on the supply chain, human resources and exports. He spoke of the rapid recovery in exports and their creation of added value.

The YEP's details are the subject of another article. But in general, we see that the program seeks to ensure a 5% growth and 5% inflation and bring long-term growth far from the current account deficit.

What does Turkey have to do at this point? It must turn crises into opportunities. It needs to have a structure based on exports and added value, where domestic savings are increased and where it can produce export goods.

Turkey sees that digitalization is very important, that many companies in the real sector are transitioning to e-export system and that systems like Zoom Rooms are gaining ground in companies.

By combining technology, you can increase the value of your product and thus increase your share in e-exports. When everyone's work stops, yours will continue due to the system.

In the 2008 crisis, the banking system started functioning digitally. And now Turkish banks are the country's strongest muscle during times of crisis.

Crises not only create an environment for temporary changes but also trigger long-term changes. The pandemic, in fact, has urged companies to put their thinking cap on, asking questions like "Where did we do wrong?" and "Did I switch my production and factory to a fully automated system?"

Currently, there are 95,000 exporting companies in Turkey. In export figures, the base-spread growth model is very important. The ratio of high technology exports is close to 6%.

Therefore, by investing in technology, Turkey should increase the export volume and provide high added value and employment. A company cannot raise the value of its products unless it adds value to them through branding, design, innovation, digital infrastructure, human resource management, logistics, marketing, e-export, e-fair and e-training.

If you produce goods worth billions but ignore these elements, your goods will not be worth anything. Undoubtedly, those who act fastest in this area will be one step ahead of the competition.

On the technology side, let Turkey care about positioning artificial intelligence next to humans, not replace them.

Just like Mustafa Kemal Atatürk, the founder of the Turkish Republic, said in the opening speech of the second legislative year of the fourth term of Parliament on Nov. 1, 1932, "It is a point we attach importance to seeking and determining every measure to find buyers in foreign countries for our export goods and increase our sales."