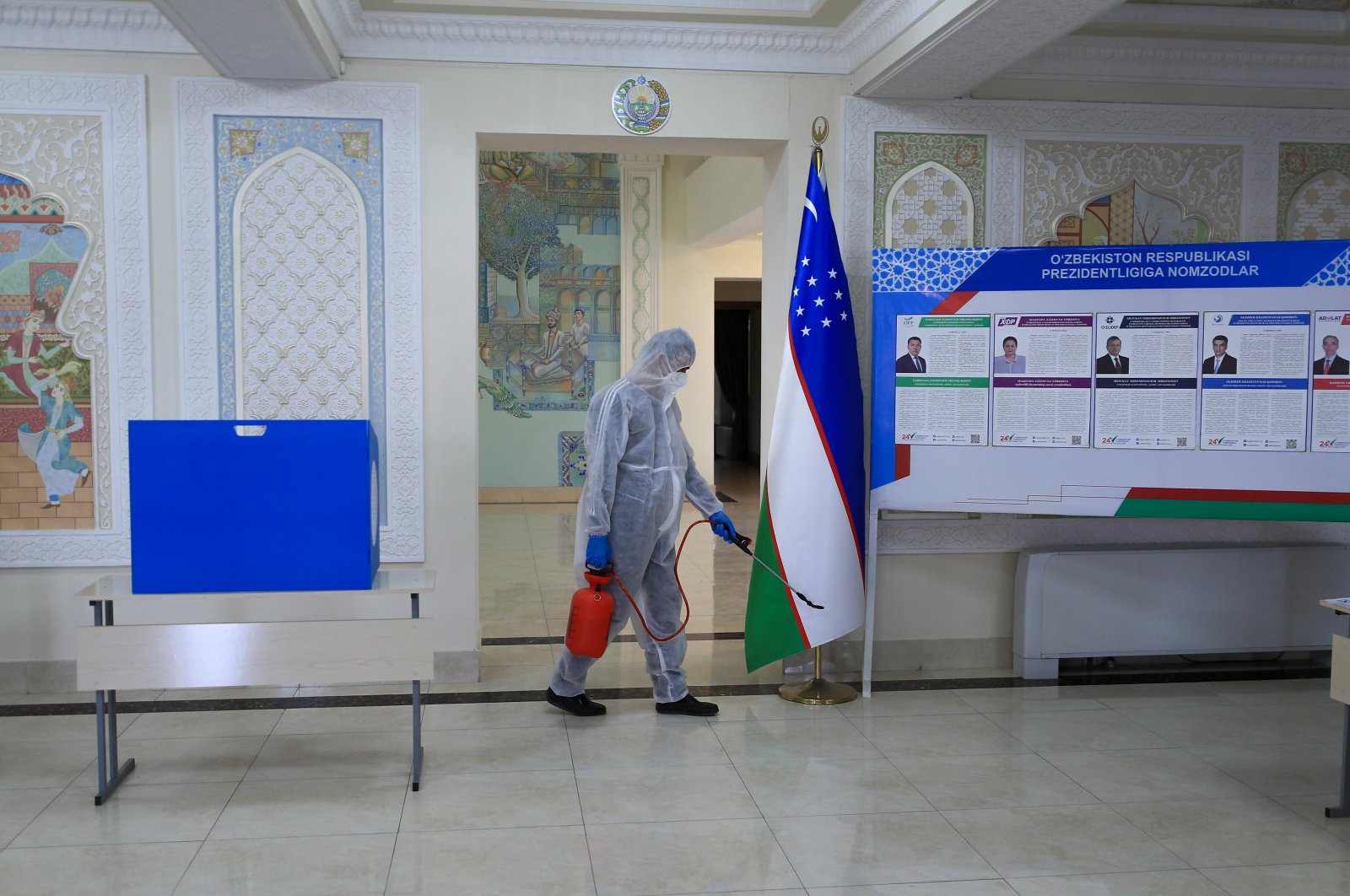 A worker disinfects a polling station ahead of the upcoming 2021 Uzbekistan presidential election scheduled for October 24, Samarkand, Uzbekistan, Oct. 20, 2021. (Reuters Photo)
by Gulnoza Ismailova Oct 21, 2021 12:05 am

Currently, there is a new Uzbekistan, an Uzbekistan that has acquired a new image in the international arena. On Sept. 1, the country celebrated the 30th anniversary of the independence of its republic, a celebration backed by what can be called a serious breakthrough when it comes to transparency and openness over the past five years.

These days, preparatory work is in full swing for an important political event – voting day on Oct. 24 when the president of the Republic of Uzbekistan will be elected. The electoral processes are being conducted openly, transparently and based on the national electoral legislation and the time frames specified therein. Some important changes and additions have been made to the electoral code this year.

What is the process?

For the first time, for example, the presidential elections will be held on the fourth Sunday of October under the amendments to Uzbekistan's constitution introduced into law on Feb. 8, 2021. Thus the electoral campaign launched on July 23.

Secondly, a procedure to include in the voting citizens of Uzbekistan who live abroad has been introduced. These citizens are now able to vote regardless of whether they are registered in the consular register of diplomatic missions. A legal basis for voting abroad when using portable ballot boxes at places of residence or work has also been created. This practice was first implemented in the 2019 parliamentary elections and has had a positive effect on reaching more of our voters.

Thirdly, the current election campaign was formed and guided by the principle of transparency; for the first time, an estimate of expenses for preparing and conducting the presidential elections was openly presented. The exact procedures for calculating salaries and paying wages and compensation to members of election commissions have been established. To ensure transparency and that funds allocated for pre-election campaigning are spent in accordance with the legislation on financing political parties, a procedure is being introduced that will require an interim and final financial report after the elections and the results of audits into parties activities will be announced by the Accounting Chamber.

In sum, the organization of the presidential elections in new Uzbekistan is a logical continuation of the ongoing large-scale democratic reforms in the country. According to statistics, today the number of media representatives accredited to cover the Uzbekistan presidential elections has reached 1,672, the number of international observers has reached 411. This is almost 1.6 times more than in the 2019 parliamentary elections. It is a vivid confirmation of the openness and transparency of our society.