Turkey and its neighborhood in era of pandemic 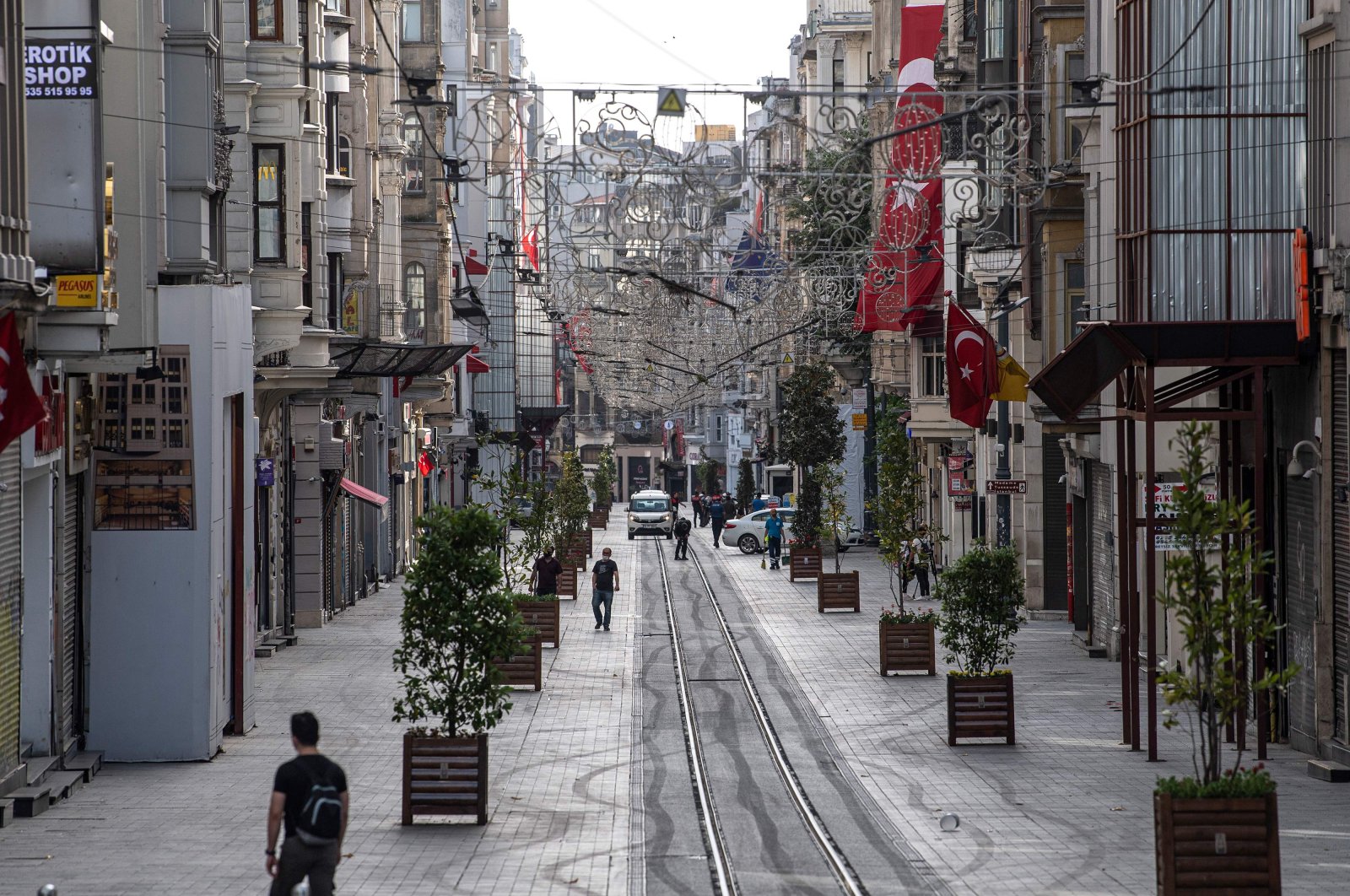 People walk along a deserted Istiklal Avenue in the Taksim district of Istanbul, Turkey, during a four-day curfew to prevent the spread of the COVID-19 pandemic, May 16, 2020. (AFP Photo)
by Batu Coşkun May 22, 2020 12:05 am
RECOMMENDED

As the novel coronavirus rages through Europe and creeps across the Middle East, Turkey sits at the center of the two regions, both of which are set to face unprecedented public health crises for the foreseeable future. Turkey, in the midst of this gloom, has averted a major crisis, owing to the country’s extremely well-developed health infrastructure and early measures that have allowed for mitigation to be possible.

Though case numbers exponentially grew in the early days of the outbreak, death rates are now low and the health care system has not shown signs of being overwhelmed. Indeed, the Turkish model has once again prevailed, as Turkey’s two-decade-long investments in its health system have appeared to have paid off.

Turkish Health Minister Fahrettin Koca’s televised speeches or tweets every evening, with statistics regarding the daily toll of the virus, have also brought a novel sense of transparency to governance in Turkey.

President Recep Tayyip Erdoğan, a politician accustomed to addressing large crowds, has been communicating with the nation from a distance, yet he continues to be resolute. The president, although solemn due to the nature of the crisis, has consistently maintained that the future is bright for Turkey and the post-coronavirus world that will emerge once this crisis has abated will be one with a plethora of opportunities.

Not only Somalia, Syria and Bosnia-Herzegovina are benefiting from Turkish shipments, but several tons of medical equipment was also shipped to some of the world’s most developed nations, such as the United Kingdom.

The picture seems quite bleak for Turkey’s neighborhood, whether one looks West or East. Iran faced a major and early crisis that has only recently begun showing signs of slowing down, with many in the political elite becoming infected as well. The legitimacy of the Iranian regime will indeed come under scrutiny as the mismanagement of the crisis is apparent.

Furthermore, the ailing Iranian economy will now have to brace for the full impact of COVID-19. While Iran has recently opted to reopen most of the country’s economy given a slowdown of infection rates, an imminent second outbreak could further destabilize the country.

The United States has refused to ease sanctions on Iran as the conservative circles in Washington believe Tehran cannot be trusted to manage any form of aid. Clearly, Iran will emerge out of this crisis with a weakened state-capacity, which may push the regime in Tehran to embolden its proxies in the region in an attempt to project power.

A more hostile Iran is clearly in the making in the post-coronavirus Middle East, albeit one that has been delivered a massive blow and has suffered even further degradation to its international reputation.

Syria undoubtedly will be the next debacle to watch for, with a looming public health crisis set to engulf the war-torn nation. The Bashar Assad regime’s attempts at concealing the spread of the virus, coupled with an inability to mitigate and trace, spell disaster for the Syrian people.

Internally displaced populations across Syria will be unable to access much-needed health care if infection rates soar. Currently, only populations in Turkish-influence areas will be provided with adequate testing and health care services if an outbreak occurs. Indeed, we have seen signs of this with the Turkish Armed Forces (TSK) setting up several mobile testing points for inhabitants in the said regions.

Areas controlled by the regime and the terror group YPG/PKK will suffer at paramount levels if and when the outbreak occurs. Moreover, expecting a cessation of hostilities among the parties involved in the Syrian conflict would be false hope, given Russia and Assad’s track record of not adhering to agreed cease-fires.

The spread of the novel coronavirus in the Balkans and Eastern Europe has been less severe compared to the remainder of the continent. Countries in this region, owing to small manageable populations and early measures, have not yet seen the worst of the virus.

However, economic woes may prompt an early easing of restrictions and possible contagion from Western Europe if travel resumes. Indeed, only last week thousands of Romanian seasonal agricultural workers bound for Germany were seen flouting all social distancing measures as they boarded charter flights.

Western Europe’s reliance on cheap agricultural labor during its agricultural season highlights disparities in the European Union in this era of the pandemic. While some Eastern European nations acted fast in banning seasonal migration, such as Hungary, for the destitute in Romania, this clearly was not an option.

European disregard for health priorities, literally over the picking of berries, is not making headlines in Europe; instead, the media focus has been on how successful Germany’s mitigation efforts have been. Undoubtedly, though, such will emerge as a point of discontent once the crisis has come to a halt.

The transportation of seasonal workers to Germany is part of a wider trend of poor European governance in the wake of COVID-19. The EU’s multilateralism has failed to address the crisis, with only those countries that took bold unilateral measures having slowed the spread of the virus.

The EU's failure to articulate a bloc-wide policy is already being questioned by countries ranging from Italy to Bulgaria.

The Italians, abandoned by the EU, only received remorse from Ursula von der Leyen, president of the European Commission, who professed a “heartfelt apology” on behalf of the EU. This is a poor response to Italians that have now increasingly become disillusioned with the bloc. Similar sentiments have arisen in Sofia, where the EU has failed to provide much-needed assistance. In lieu of the EU, Turkey has made several shipments of medical goods to the Balkan countries.

COVID-19 is here to stay for the foreseeable future, yet sound public health measures have proven to be effective in minimizing to cost of the virus. As Turkey’s largest neighbor Iran comes to terms with the effectiveness of its regime and as the EU grapples with questions of morality, Turkey’s path is straightforward. Continuing with successful measures of mitigation, the region post-coronavirus will benefit from Turkish leadership.