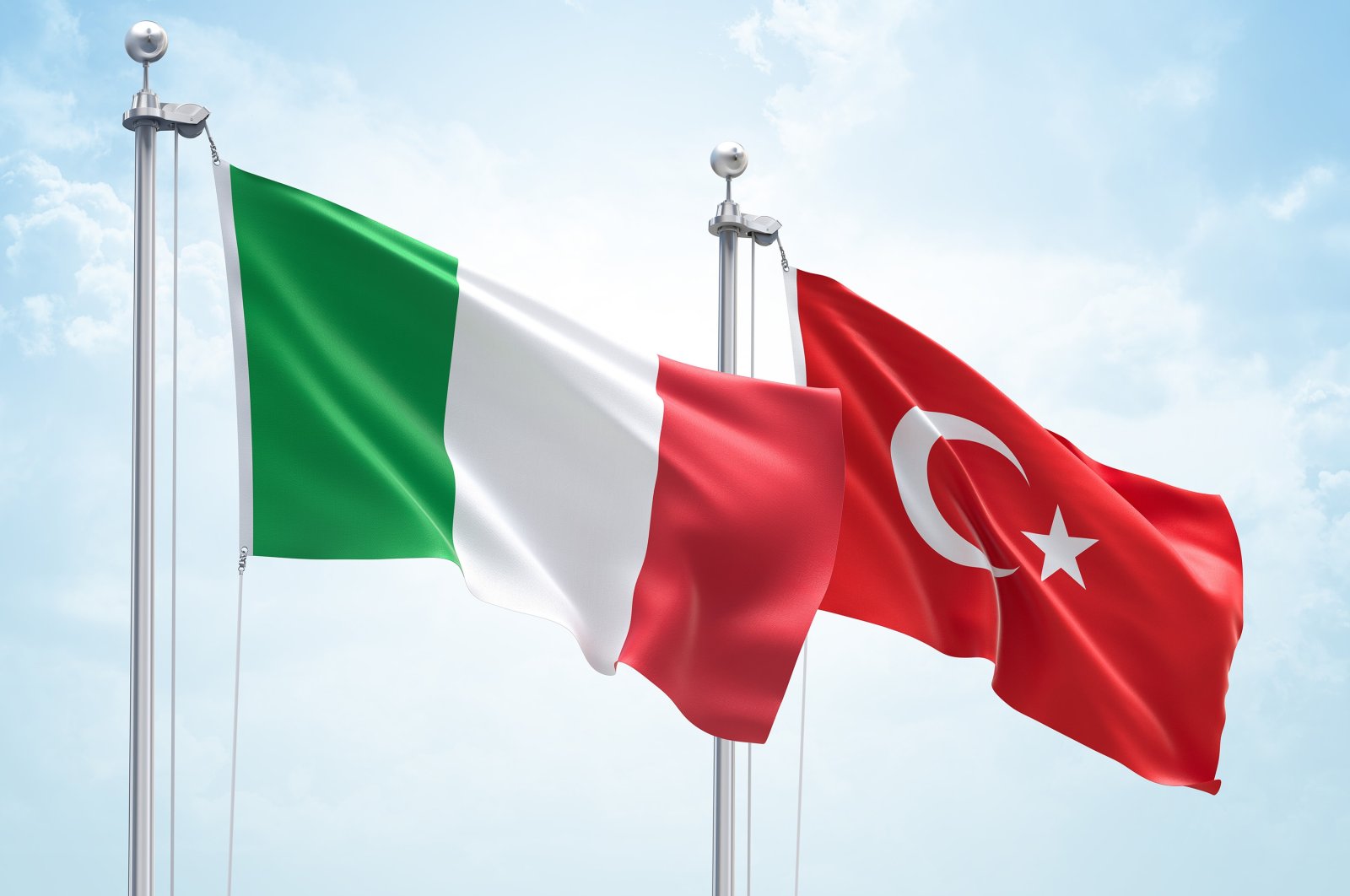 Italy is Turkey’s second-largest trade partner among European Union members, while it stands among the top five worldwide with a perfect symmetry of imports over exports. (Shutterstock Photo)
by Valeria Gianotta
Nov 06, 2020 12:05 am

Despite recent disagreements between Turkey and Europe, Turkey's relationship with Italy has proven to be deep-rooted and strong.

Even during the coronavirus outbreak, when most countries adopted a nationalist attitude, the diplomatic ties between the two countries flourished.

In addition, several events and webinars have been organized to further strengthen relations. In this context, the goal to increase bilateral trade volume to $30 billion (TL 253 billion) was one of the top topics on the agenda, which signals the existence of mutual trust between Ankara and Rome.

Currently, the bilateral trade volume stands at around $20 billion, and it is worth mentioning that Turkey recorded a positive balance of around $600 million in 2019. In general terms, the trade volume between Turkey and Italy is very stable and well-balanced.

Italy is Turkey’s second-largest trade partner among European Union members, while it stands among the top five worldwide with a perfect symmetry of imports over exports. The essence of their win-win economic strategy encompasses a variety of industrial sectors.

Embedded in the same geographical basin, Turkey is the most important economic partner for Italy in the Mediterranean region, where they both share a long engagement.

There are more than 1,500 Italian companies operating in Turkey. This demonstrates their trust in the Turkish market and industries, which are considered strategic in terms of investments.

Due to its advantageous geographical location, Turkey acts as a regional and international economic hub for Italy. It is the door to markets, such as the Middle East and the Caucasus, while Italy is a gateway to Europe for Turkey.

The already existing and well-established cooperation can be further strengthened in the form of a partnership to further benefit from competitive advantages. A special relation pivots on a strong sense of solidarity.

Both countries are open economies, therefore, they are exposed to the same challenges. The recent local and national lockdowns due to the pandemic and the restrictions and reduction on exports call for an urgent need to rethink the global value chain (GVC) in order to guarantee a more efficient flow of supplies.

The recent disruption in the GVC, by highlighting serious gaps and weakness, has motivated different stakeholders to reconsider their activities and to evaluate different geographies to diversify their supply networks.

Thanks to various favorable factors such as production, skilled workforce, free trade agreements, logistic infrastructures, advanced technology and digitalization, Turkey can play a key role as a destination for the delocalization of investments.

From a reciprocity perspective, Italy and Turkey can become game-changers with mutual collaboration. In other words, the changing dynamics of the world are opening up a path for further collaboration, particularly in some key sectors including infrastructure, machinery and aerospace.

It should not be underestimated that just by opening up the markets and by avoiding nationalistic and protectionist policies, economies can flourish.

The solid cooperation between Italy and Turkey seems inevitably destined to further develop in the medium-term. Both countries stand to gain from collaborations which will provide new profitable opportunities for industries and will lead to competitive advantages.