Turkey travel warning must be lifted at once 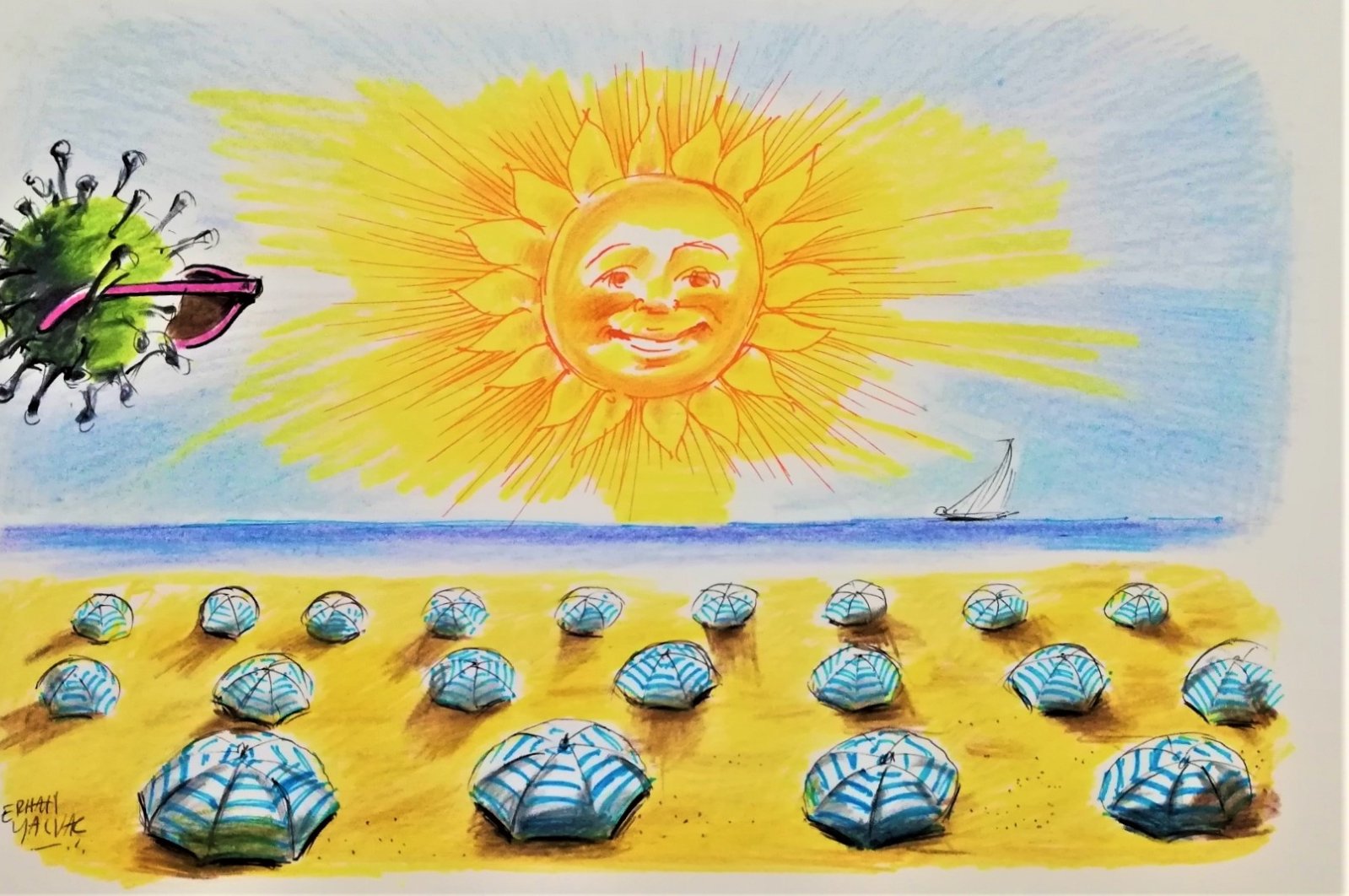 Protectionism is such a practical thing. Initially, the global health crisis, of course, prompted justified travel alerts and outright bans, but it seems as if some countries unnecessarily continue to put the world into neat little boxes: one box for the good ones and another for the not-so-good ones. However, which nation ends up in which box, in the best-case scenario, appears to be rather random, while in a worst-case scenario, it seems to happen deliberately. What is at stake is the totally over-the-top ongoing travel warning for Turkey issued by the European Union.

We shall revisit the issue of protectionism later in this piece. First, though, let us pay respect to our elected office holders no matter where they serve. The outbreak of COVID-19 had no "how to manage such a crisis textbook" on any government’s shelves.

Granted, any elected politician has a duty to protect her or his constituents from harm, and we must acknowledge that no matter where in this world, a pandemic is nothing any leader is trained for, unless he or she has worked for the World Health Organization (WHO). Mistakes are bound to happen, and governments learn from errors as they try to find the most suitable way to eliminate the risk of further outbreaks and one day erase COVID-19 entirely.

But we are not there yet. As countries around the globe experiment with how much of a lockdown makes sense and can be sold to the electorate versus how many individual liberties we as a society have a right to reclaim as quickly as possible, there is a gray area of uncertainties and vagueness. One country declares the end of the use of masks in supermarkets only to reintroduce it after a short time. The virus in all its dangerous forms is still among us; no one can afford to be complacent.

This is exactly the gist of this brief analysis: Assuming that each and every nation tries its best to overcome the coronavirus pandemic, we simply have to acknowledge that some countries yield faster and better results than others. This is certainly not a competition, but there are facts one simply cannot overlook.

Berlin should set the tone

As this article is being written, talks are underway between German tourism sector representatives, other stakeholders and the authorities as to how, if and when the existing travel warning – which declares Turkey a "red zone," meaning it is not safe to travel to – might be lifted. The promising news is that despite calls for an ever-closer political union, it is still individual member states that may pave the way for either a bilateral or continent-wide solution.

Germany is, in this context, the Turkish partner of choice: first, due to its sheer numbers of residents with a Turkish background; second, due to the quality of bilateral relations; and third, due to the trust enjoyed between both business communities.

Not unlike many other policymaking subjects, Berlin and Paris often set both the stage and tone for the direction in which the EU should develop. Even if technically speaking Brussels would need to declare Turkey a safe zone for travel, an initiative by Berlin, even if only bilateral, would go a long way. Legally speaking, this is very much possible. Berlin could declare Turkey safe, while 26 other EU member states hesitate to do the same. Yet some nations would soon follow in Germany’s footsteps.

What so understandably angers Ankara is the fact that Turkey’s immense and successful battle against COVID-19 seems to be overlooked. While we should always refrain from making a list of which countries fare best in the pandemic, as this is an issue that touches real lives and has killed so many and thus merits utmost respect, a glance at the global chart easily highlights how well Turkey has done indeed. Turkey is, as a matter of fact, a safer holiday destination than many if not most other countries. So why wait, and wait for what? Even with Turkey’s prime Mediterranean climes, at some point its summer season comes to an end.

So is it protectionism?

Some tourist destinations in central Europe at certain points in the peak season have over 90% of guests that are not local or even domestic. During an expected downturn, with the aim of attracting the same number of tourists as in previous seasons, it is only logical that regional and national governments have started to promote their own countries to their very own populations. Let us holiday at home, one might paraphrase. And why not?

But artificially trying to keep the domestic market "at home," so to speak, and refraining from holidaying abroad might look good on paper but could become extremely hazardous in the medium- to long-term.

If each EU member state manages to reach the same levels of occupancy and turnover solely based on domestic incoming tourism – bingo. Raise high the drawbridges. My home – or my home nation, in this regard – is my castle.

But here comes the"‘but," and it is a big one: It is absolutely shortsighted to expect that a local visitor is willing to spend as much at home as he would abroad. A thousand euros for a week under the sun, yes; the same amount for a trip to a town 100 kilometers (60 miles) away? Your guess is as good as mine.

Besides, once the formerly international guest has realized that due to the coronavirus travel entry restrictions, he or she is no longer welcome, chances are that once the pandemic is over, that very same tourist will decide to vacation elsewhere.

Global tourism is based on checks and balances as well as on give and take. My citizens visit your country, your citizens visit mine. It is as simple as that.

Which brings us back to Turkey and why the EU travel alert must be lifted so that upon returning home, no quarantine is required. The quarantine stipulation puts off would-be travelers. After lockdowns and home office and furloughs, who wants to risk their job in case the company rejects the employee having to stay home? And who guarantees that enough tests are available to release that person early? And who pays for that test?

A much better way would be to end the travel alert and, if at all, ask returnees to take the test at a Turkish airport before returning – something many travelers do already. Or, the EU could treat Turkey as fairly as most of the Schengen zone members treat each other, ideally requiring no test or quarantine whatsoever both ways.

To conclude, let sector representatives bring forward their just cause to the German authorities. Let the travel industry act as an important stakeholder, and ever more so with a view of how the entire industry can bounce back. We discussed the same issue some weeks ago in these pages but it has lost none of its relevance. Take the U.K., where 10% of jobs depend on tourism. In other countries, this figure rises even more dramatically. The post-pandemic world will one day soon be at our doorstep. Nations must already prepare to ensure, figuratively speaking, that the door remains open to international visitors, homeowners, businesspeople, students and anyone and everyone else.

A crucial week lies ahead of us.