Turkey’s defense investment in drones pays off in Syria 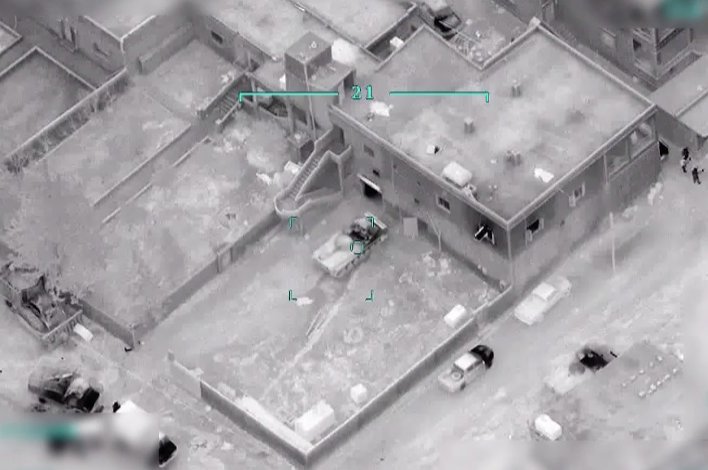 Footage shows a Turkish armed drone hitting Assad regime forces in retaliation to regime attack against Turkish soldiers, at a location in the northwestern Syrian province of Idlib, March 1, 2020. (Still image from AA)
by Ali Çınar Mar 10, 2020 12:05 am
RECOMMENDED

Turkey and Russia’s agreement on Idlib was signed and has ended the tensions. I can say that the result was a relief for everyone. The whole world witnessed the elimination of more than 3,000 Assad regime forces through Turkey’s Operation Spring Shield and the massive damage Bashar Assad's army suffered. Moreover, the fact that Turkey successfully completed a military operation in a very short time, something which proved beyond even former U.S. President Barack Obama, who did not have the courage to do so, made headlines around the world.

Similarly, the U.S. administration has declared that the Idlib cease-fire agreement reached between Turkey and Russia is promising in terms of alleviating the humanitarian crisis and averting the dangerous situation in the region. It has been emphasized that the only way to end the conflict in Syria is to secure a countrywide cease-fire and to reach a political solution within the scope of United Nations Security Council (UNSC) Resolution 2254.

With its “right of self defense” as per article 51 of the U.N. Convention, Turkey showed that it had performed a successful operation in the framework of the Adana, Astana and Sochi agreements to ensure the cease-fire, prevent mass migration, alleviate the humanitarian plight in the region and protect Turkey's national security in order to bring peace, tranquility and stability to the region as soon as possible.

So, what was the most important achievement that attracted attention to this operation? First of all, we need to state that our 34 fallen soldiers did not die in vain and that the killing of civilians has been put to an end. At the same time, I can say that the products of Turkey’s national and domestic defense industry have taught a lesson to the Assad regime and Russia.

The success of Turkey’s domestically produced unmanned aerial vehicles (UAV) and armed unmanned aerial vehicles (AUAV) in Idlib came to the fore not only in the American press but also around the globe. While Forbes said, “Turkey presented the new war logic of the century and went outside the usual strategies of war, bringing a new perspective to the conception of war in the 21st century,” Bloomberg highlighted the “Technological Talent of Ankara,” and the French newspaper L'Opinion said, “Turkey has surpassed France in the drone industry.” Even the Israeli media gave wide coverage to the success of the Turkish drones.

The coordinated functioning of UAVs and AUAVs concerning intelligence and operations has ensured the successful annihilation of Assad regime targets and has also become a nightmare for enemy elements, in terms of Turkey’s deterrence in the area.

The national and domestically made defense products of the Turkish army, which are being produced by NATO’s standards for modern armies, are making us proud. Along with the 100 or so vehicles that Turkey has, including the Bayraktar and ANKA models, the unarmed UAVs are smaller, less sophisticated and less costly than the American-made Reaper models used by France.

The total exports of the Turkish Defense and Aviation Industry sector throughout 2019 increased by 34.6% from the previous year, reaching $2.74 billion. If we assume that the annual defense spending of the world is around $1.8 trillion, Turkey’s defense industry ranks 13th. While there are four Turkish companies among the 100 defense companies listed on Defense News, it is known that the export target of Turkey for 2023 in the Defense and Aviation sector is $10.2 billion.

It should not be forgotten that a community develops nationalism from the difficulties it resists and fights against. ASELSAN, Turkey's first defense industry company, was formed out of the resistance against the arms embargo on Turkey, which was implemented in 1975 as a result of the peace operation in Cyprus. When we look at the set-off point of the process of establishment of ASELSAN and the technologies it has successfully produced, we see the epic story of the nationalization of the Republic of Turkey. And at that time, Turkey gave a clear message to the world: You can slow down the Turkish nation, but you can never stop Turkey.

Turkey’s breaking free of its dependence on other countries, together with strengthening its position within NATO, can only be realized through its objectives of domestic and national production. As long as some allied countries fail to provide sincere support against the internal and external security threats faced by Turkey, they will remain unaware that they are actually helping Turkey’s defense industry become even stronger. The goal of ASELSAN, HAVELSAN, TAI, Bayraktar, Roketsan and many other growing defense companies is to completely get rid of foreign dependency in the Turkish defense industry by 2023. In addition, Turkey cannot be the regional power it wishes to become without a deterrent military force.

Being a nation and staying a nation is a sacred achievement attained only by communities that can come together during times of difficulty.